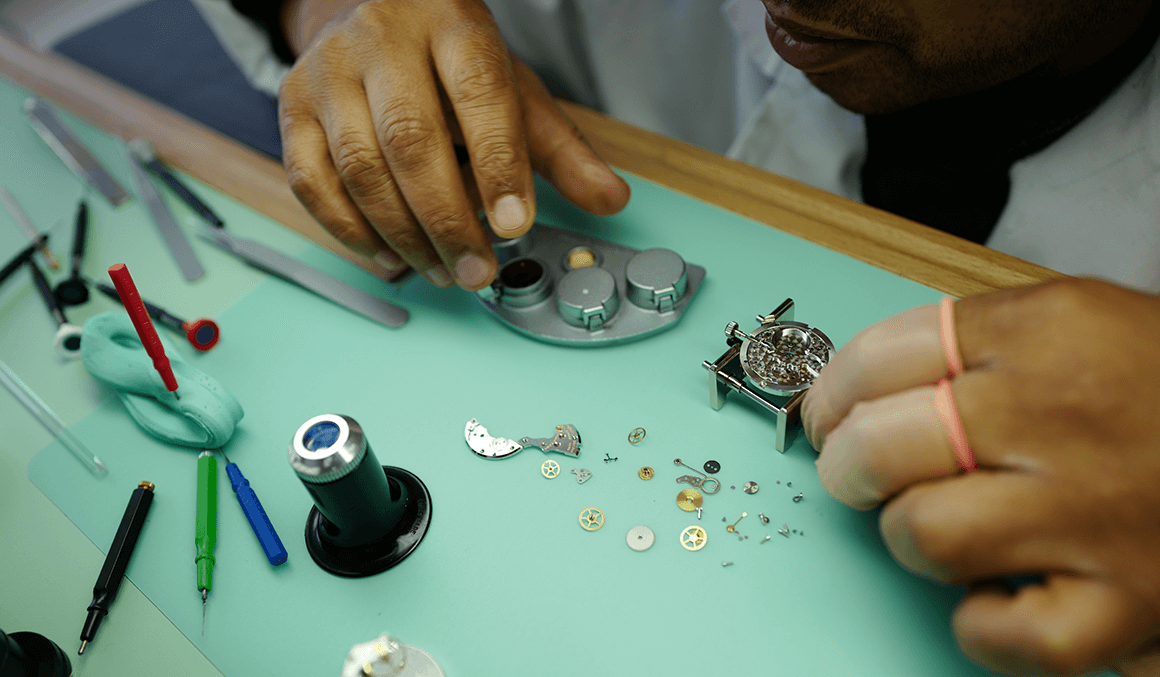 Like a good classic car, a decent watch should never break down – provided you treat it right of course. The thing is, again like a classic car, treating it right is down to more than simply not smashing it against a wall every time your gesticulating gets a little too Italian.

If you’ve ever looked at the back of a watch with an exhibition case back, you’ll know just how intricate they are, so a lot can go wrong. Hundreds of years of watchmaking have gone into making sure that happens as little as possible but, put delicately, shit happens. There are though ways of limiting the issues – the main one being servicing. Yeah, I know, sexy.

A watch is filled with lubricant. You can’t see it most of the time, but it’s there in minute but vital volumes. It helps the cogs turn without stuttering, it keeps the various intricately mechanical components from rubbing too much and generally stops things getting worn. Without it, problems start occurring on a regular basis. 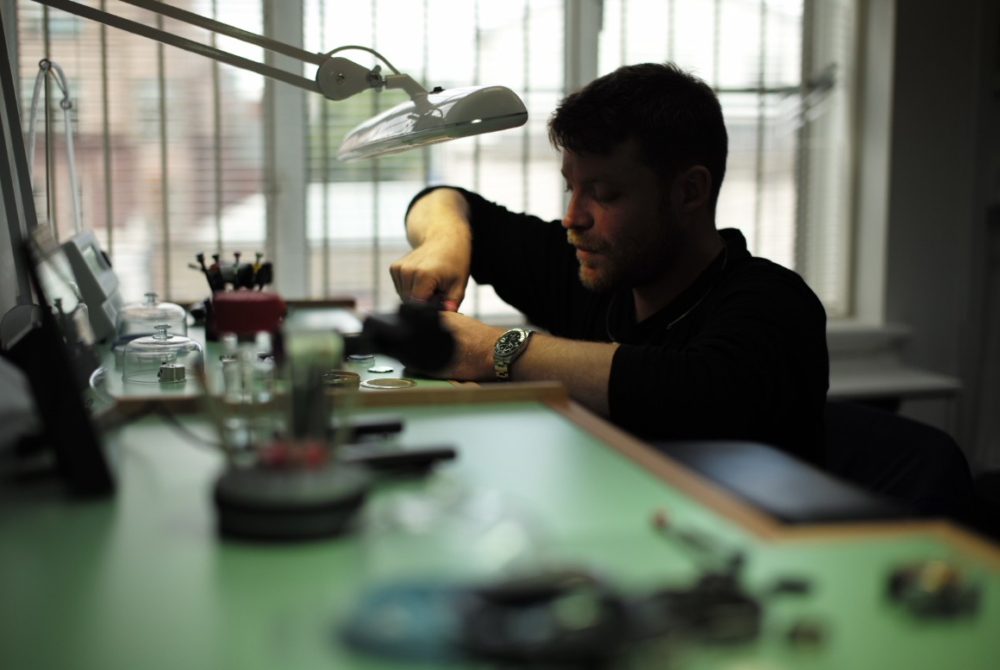 The oil isn’t infinite. It gets dirty, it gets old and it gets useless. Every time you get your watch serviced the technicians will take apart the movement, clean out the old gunk and replace it with new gunk. Useful gunk. Et voilà: your watch is as good as new.

Well, kind of. If you’ve left it too late there may already be wear and tear that you’ll never get rid of, which is a damn shame. It’s fine to look weathered on the outside but if it comes with risk of a coronary you might rethink your lifestyle. Now matter how much you adore the patina of age, you want your watch ticking along flawlessly inside.

So, whether you want to or not, no matter how inseparable you are from your exquisite, tasteful and altogether perfect timepiece, you need to get it serviced regularly. “Regularly” doesn’t mean much and you’ll hear different lengths from different sources, but generally you should get your watch looked at once a year. 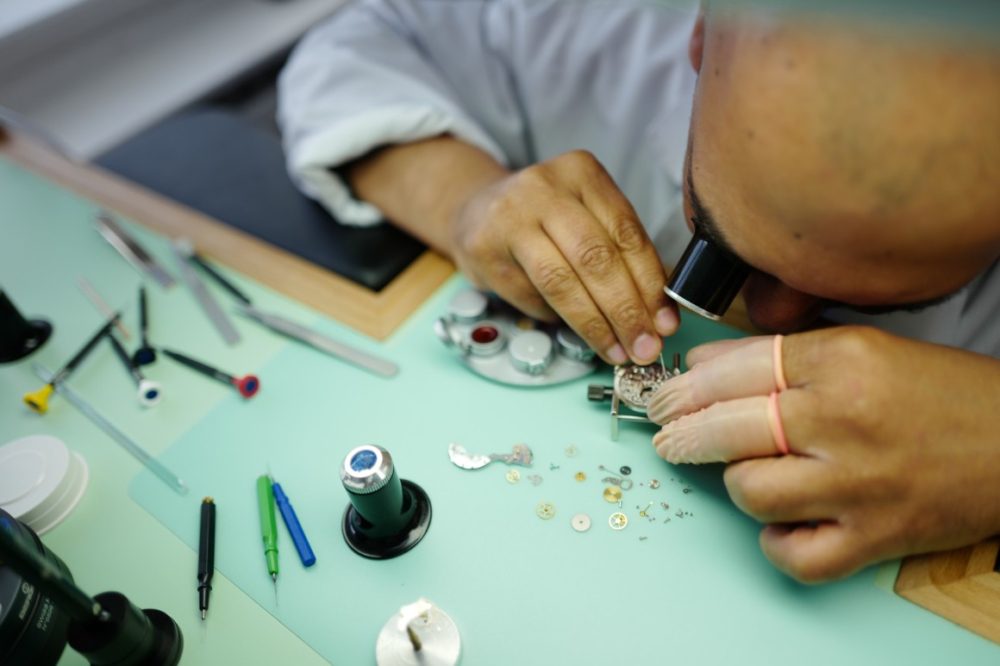 There are some watchmakers that say you can go longer – Omega hedge their bets up to four years, nearly half a decade – but that’s tempting fate. This way, the guy taking a look can actually check if it’s already begun losing or gaining time, getting ahead of any potential problems. Well, if they know what they’re doing anyway.

Just so we’re on the same page, those crappy stalls that cut keys, shine shoes and “repair watches” definitely don’t do the latter. Hell, most of them struggle with the first two. What they mean is they can open up the back of a Michael Kors watch and switch out the battery. Serious stuff. The only way you’ll get a working Patek back from them is when they give you back a fake and sell your expensive original for fifty quid and a crate of beer.

The easiest place to go is wherever you bought the watch. Provided you’ve not opened the case back yourself, most watches will be under warranty for around 3 years. You can send it in for free and rest assured that the guy the other end at least vaguely knows his stuff. Sometimes very vaguely, but hey, warranty. 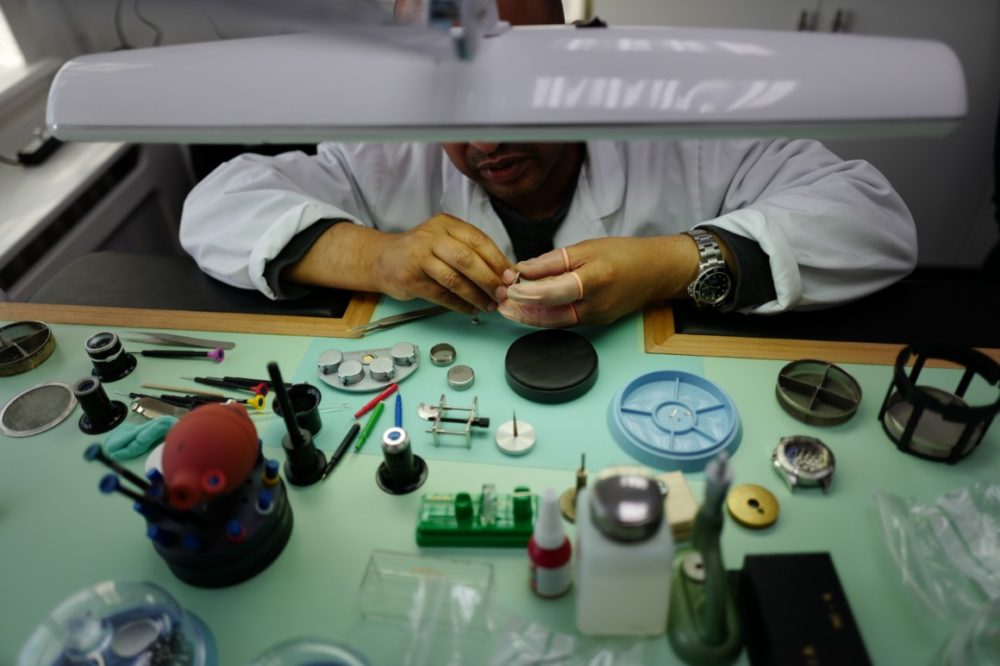 The main issue with brand repairs is time. I’ve lost watches for months in Swatch Group’s Southampton service centre, and others aren’t much better. Take the two weeks they generally say with a Scottish gritter’s worth of salt and you’ll be OK. Aim to get it in time for a wedding and you’ll be sorely disappointed.

On the other hand, you could go for sharpish over guaranteed expertise. Luxury Watch Repairs are a hell of a lot more efficient than they are subtle, and are definitely one of the better repair shops in London. You post your watch in, they give you a quote, you say yay or nay. It’s all nice and simple and, unlike brand repair centres, it’s easy to check up on your watch. At least, that’s the general thinking.

I’ve had a few issues with them myself with regards to getting an update. I put a friend’s vintage Heuer in for repair – but it went and came back in around a week. In horological terms, that’s bloody fast. More than that is the fact that it was a vintage watch that went. 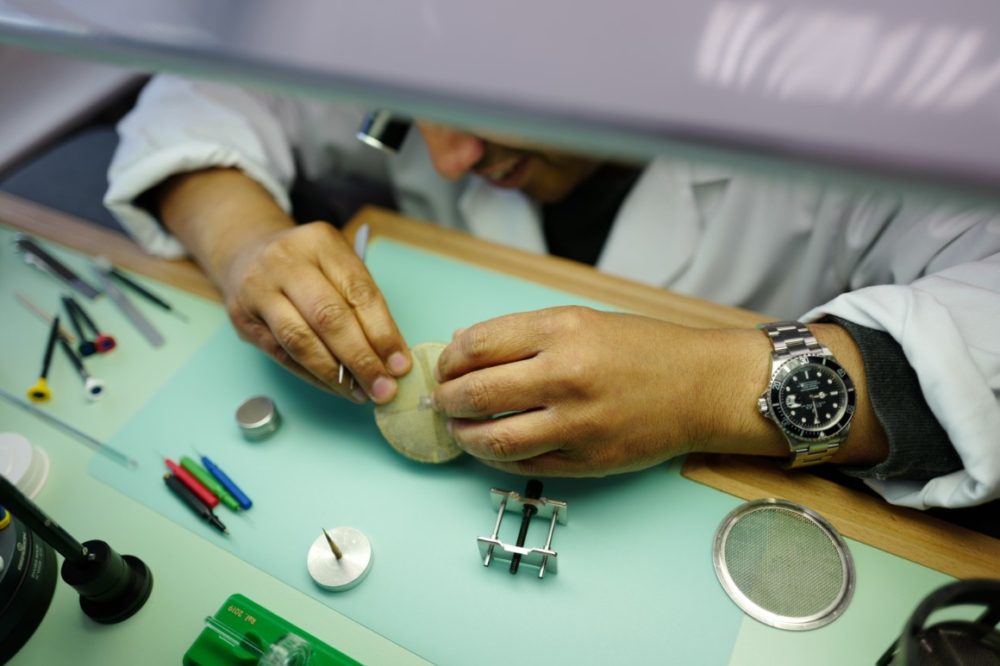 You may have heard horror stories of someone sending a beautifully aged watch in for servicing, only to get back a shiny new and characterless dial. I’ve heard them too, though I have to say I’ve never seen it happen. Either way, Luxury Watch Repairs will run any changes by you first; half the time they can even make replacement parts so you can keep your vintage pieces working. Other watch repair services do exist (I think) but I’m not about to recommend something I’ve not used myself.

So onto the nitty gritty: prices. Luxury Watch Repairs charge £260 for a standard service. Outside of warranty, most brands charge considerably more than that. Omega, for example (as I used them earlier it seems only fair), start from £330 for a basic quartz. The most basic quartz. If you want a mechanical chronograph serviced you’re looking at upwards of £550. 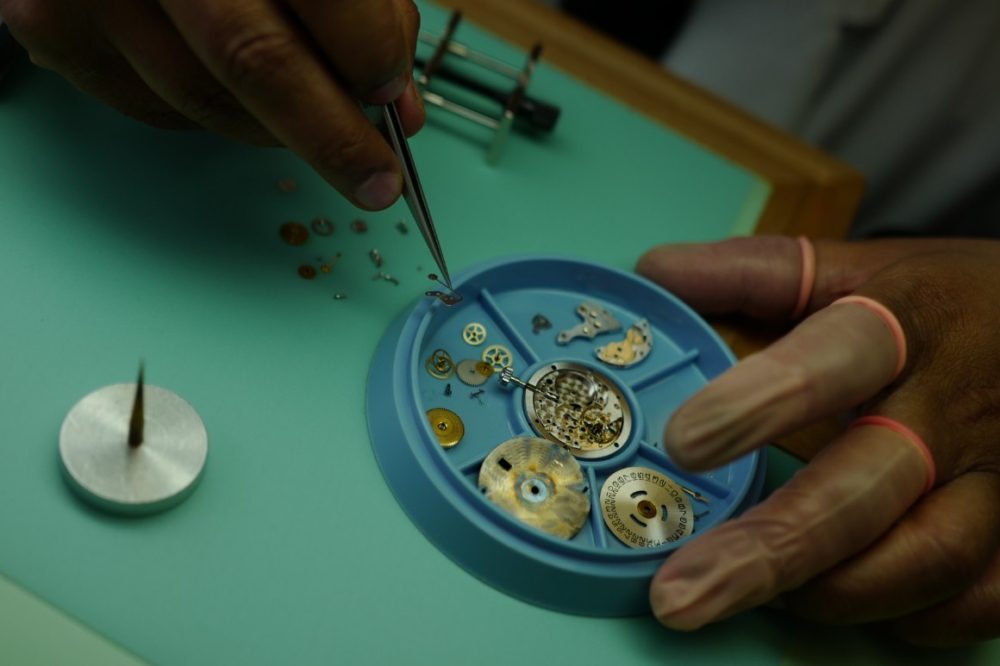 Repairs however are a different matter entirely. The brands already have the parts to hand and get them at cost. Other services need to order from the brands – who obviously mark them up a bit – which takes time. Overall the time difference will be negligible, but the cost should, in an ideal world, be less with the actual watchmaker.

I’m not going to get into actual repair prices here as the range is insanely large, but if you have a specific issue and already know what it is (careful, it’s never what you think it is) you can generally get a quote over the phone in a few minutes.