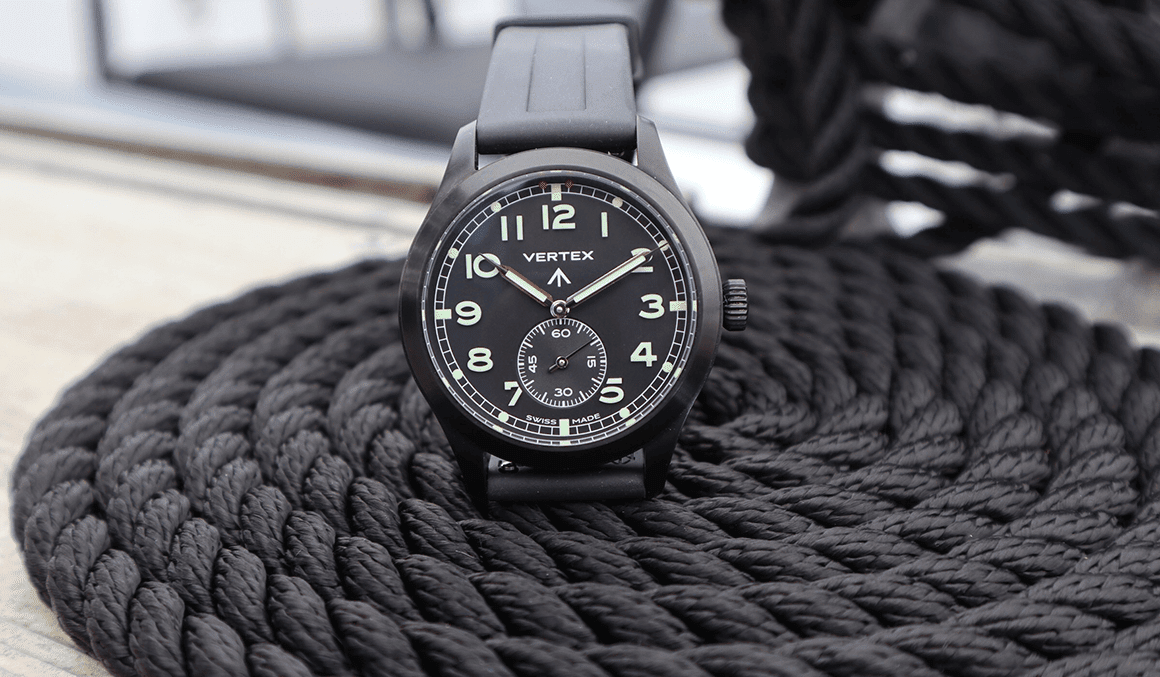 Before missiles could pilot themselves and drones were anything other than Philip K. Dick’s wet dream, everything was mechanical. We’re talking about when planes were made of canvas and “Prussia” was still a thing. Back then there were no digital watches; the most important piece of equipment any officer could own was a good timepiece.

The first World War was in fact pretty much the genesis of military watches. There were wrist-mounted watches used in the Second Boer War as early as 1899, but these were just pocket watches with straps. They got the job done but they’re not really what we’d call military watches today.

It took a decade and a half later for armies to realise just how important a good watch was. It didn’t take long into The Great War for more modern wristwatches to start appearing on every artillery commander’s wrist – a second was the difference between hitting and being hit, and everyone knew it.

These watches tended to differ from aviation watches of the time as they didn’t need to be as bulky. Many could double as dress watches, seeing as officers were expected to be respectable at all times, even covered in mud and blood. That changed slightly once mechanised warfare became a bit more standard.

Armies decided that looks were nothing compared to getting the job done. Military watches needed one thing above all: reliability. They ideally needed to work after being speared by shrapnel; failing that, surviving a few bumps and staying accurate would need to do. There also needed to be a lot of them.

That’s why in WII2 the MoD decided to commission 12 different watchmakers to build standardised timepieces for the British army. Some built a lot, some build a handful, but all had the same military black and white, the same functions, 15 jewel movement and of course the famous Ministry of Defence Arrow. These watches became the famous Dirty Dozen. It’s a set of watches that many a collector would swap his 19th century Breguet and right testicle for. It’s also where nearly every military-inspired timepiece takes its inspiration from today.

They weren’t the only military watches developed at the time, of course. The Luftwaffe were using a set of aviation watches – the B-Uhrs – that took the best parts of older aviation watches and combined them into arguably the perfect pilot’s timepiece. At the same time, the Italians were busy seeing how elegant they could make a diving watch, leading to the creation of Panerai.

Then there was the A-11. It’s less a specific watch, more an overall design and the single most populous watch in WWII. Hell, some call it the “watch that won WWII”. It was a cheaper, mass-produced take on the Dirty Dozen watches and was on the wrist of pretty much all Allied forces. And the Soviets, too. It’s a purist watch – white indexes and numerals, black face, round steel case. There’s no fuss, no pomp or ceremony, just a watch that tells the time. Imagine that.

Since then there have been a few advances in military timepieces, but normally those developed for specific units. The Fifty Fathoms, for example – one of the most influential diving watches ever built – was developed by Blancpain for the French Navy. Plenty of pilot’s watches have been built for elite squadrons, and god only knows how many different watches the SAS have had made for them over the years.

They still have to be practical of course; steal unit timepieces need to be dark and antireflective, diving watches need to be luminous, rugged and have plenty of depth resistance. Still, nowadays they’re more of a backup given the number of technological advancements and are often more like a badge of honour than a piece of equipment. The flipside is that you don’t always need to be an army officer to own a decent military-style watch. Just go for one of these beauties. Yep. This is a 50mm beast of a watch and I love it, despite being hopelessly unable to wear it. It’s similar in dial to the smaller Hamilton Khaki Fields, which are essentially the A-11 just much, much, much bigger. Where everyone seems to be going small and vintage, Hamilton (who incidentally have been doing that for years) decided to head the opposite way.

What’s not to love about this watch? Now, granted, I’m a fan of the brand myself – I own 3 and still consider them the most underrated Swatch Group brand – but at just over £1k, this is a lot of watch for the money. 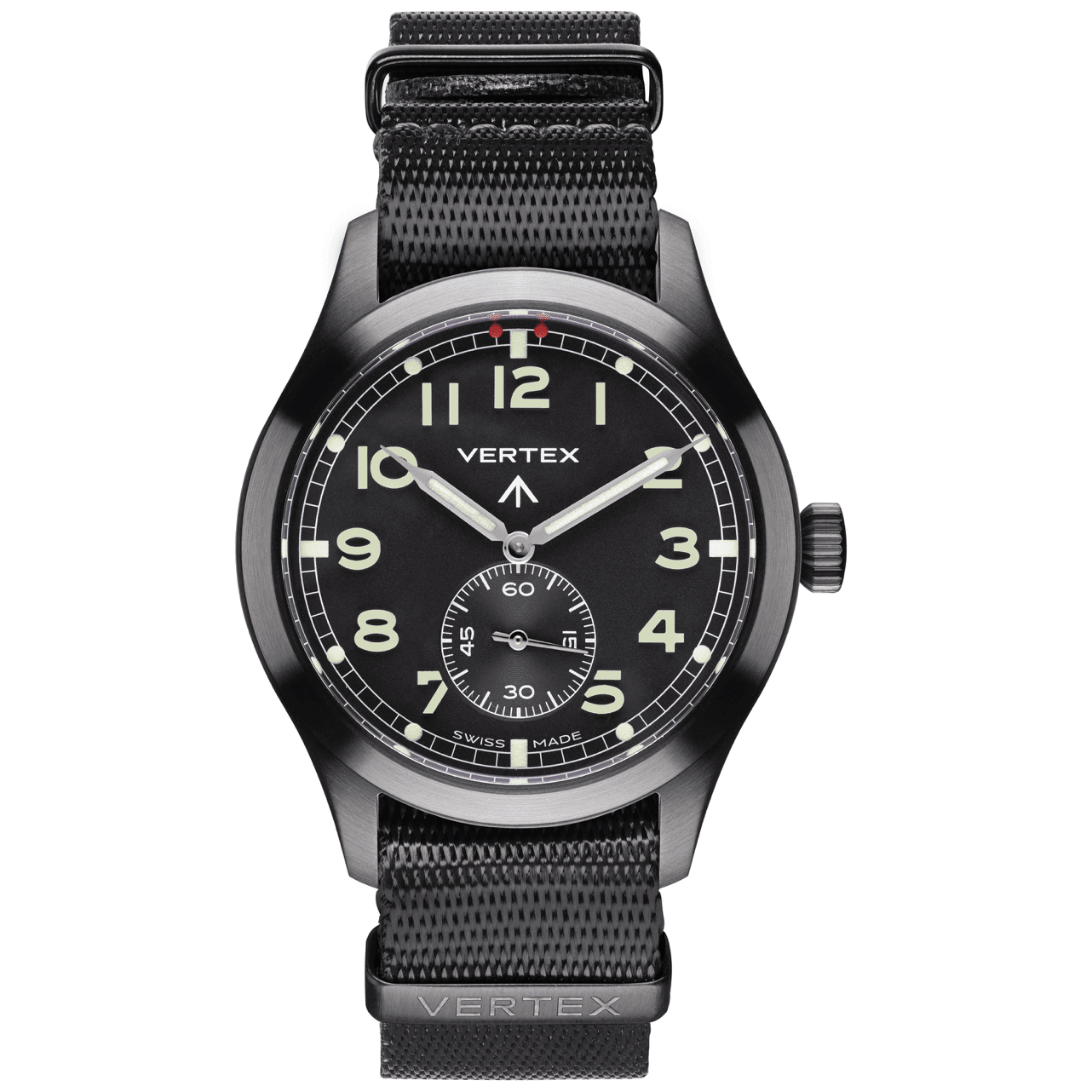 You can’t talk about military watches and not include Vertex. The brand was one of the Dirty Dozen and the M100 reissue keeps as close to that original as possible, right down to the MoD arrow on the dial. This version though updates the classic with a black DLC (diamond-like carbon) coating and a rubber strap. Do yourself a favour though, swap it onto the red Nato strap as soon as you get it. The rubber’s fine, but the flash of red is something else.

Other than that, it’s not intrinsically different from the earlier model. It is however limited to 150 pieces, so good luck getting your hands on one. 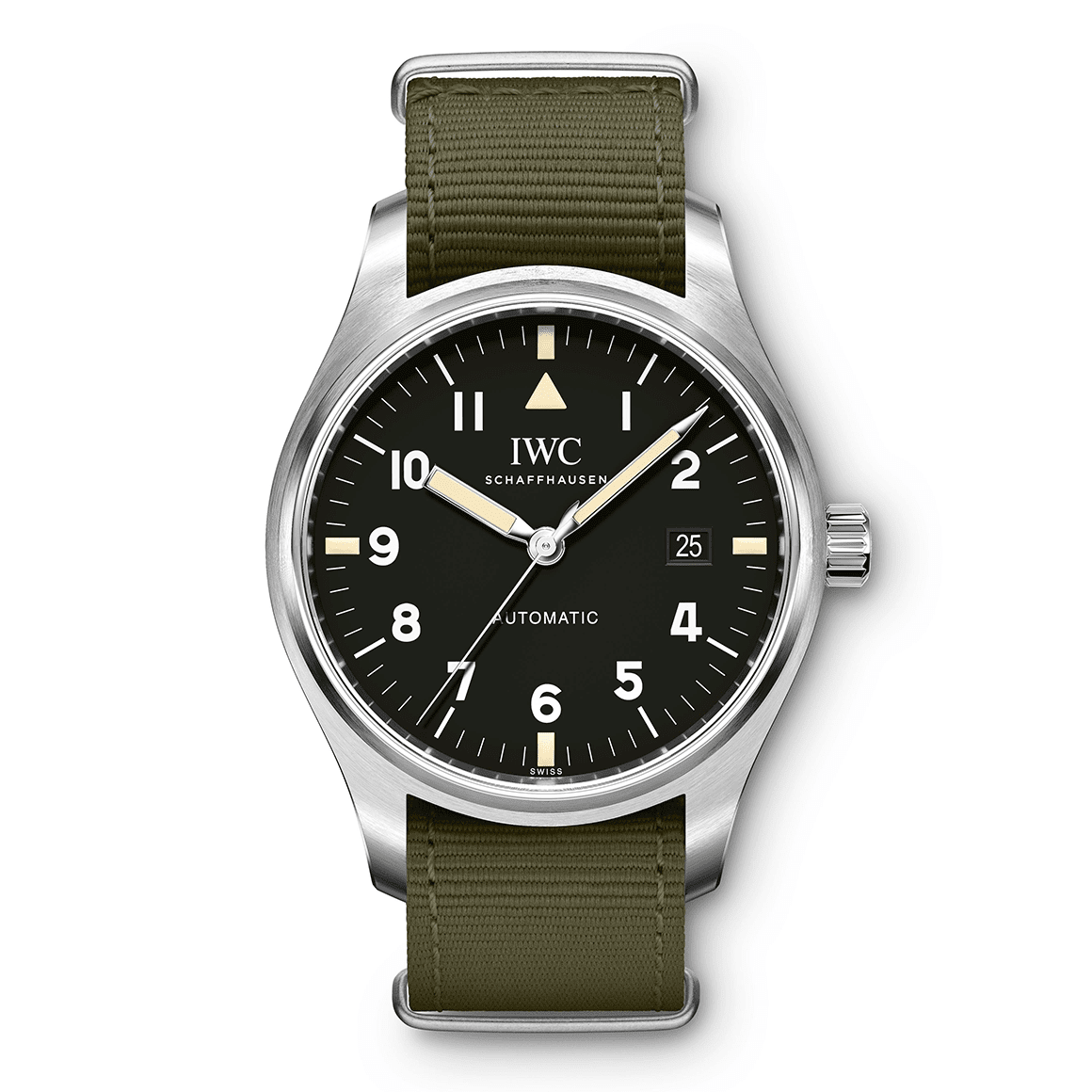 The original Mark XI was directly inspired by IWC’s work on the Dirty Dozen, built into an aviation watch. It actually came out in 1948 and is still one of the coolest military timepieces there is. This edition of the Mark XVIII does a good job of imitating the original. Sure, it doesn’t have the wear and tear of age that makes a vintage military watch what it is, but it has the same dial and a similar strap, albeit textile rather than the original nylon.

70 years on and it’s still a seriously handsome watch – and thankfully easier to get your hands on than the Vertex. Well, slightly; it’s limited to – want a guess? – 1,948.