Rose gold is everywhere. It has long since beaten out yellow gold as the precious metal of choice for nearly every watchmaker out there. It’s only rival for popularity is white gold and let’s be honest, what’s the point of that? Go for steel and save yourself £15K.

Popular as it is though, I come across a fair few incorrect ideas about rose gold. Or pink gold. Or red gold. Speaking of which, for the sake of ease, I’m going to use the name rose gold for all types of the metal, otherwise both you and I are going to lose track of what I’m talking about.

Right, so what is rose gold? It’s simply an alloy – gold mixed with copper to be precise. There’s no such thing as “pure” rose gold as it gets its actual colour from the combination. Because of this, it’s far more versatile than yellow gold. On a simple sliding scale, up the amount of copper and you get a redder metal, lower it and you head back towards pink. Rose is technically somewhere in the middle. You can see it in practice just by putting different watches next to each other and observing the spectrum. 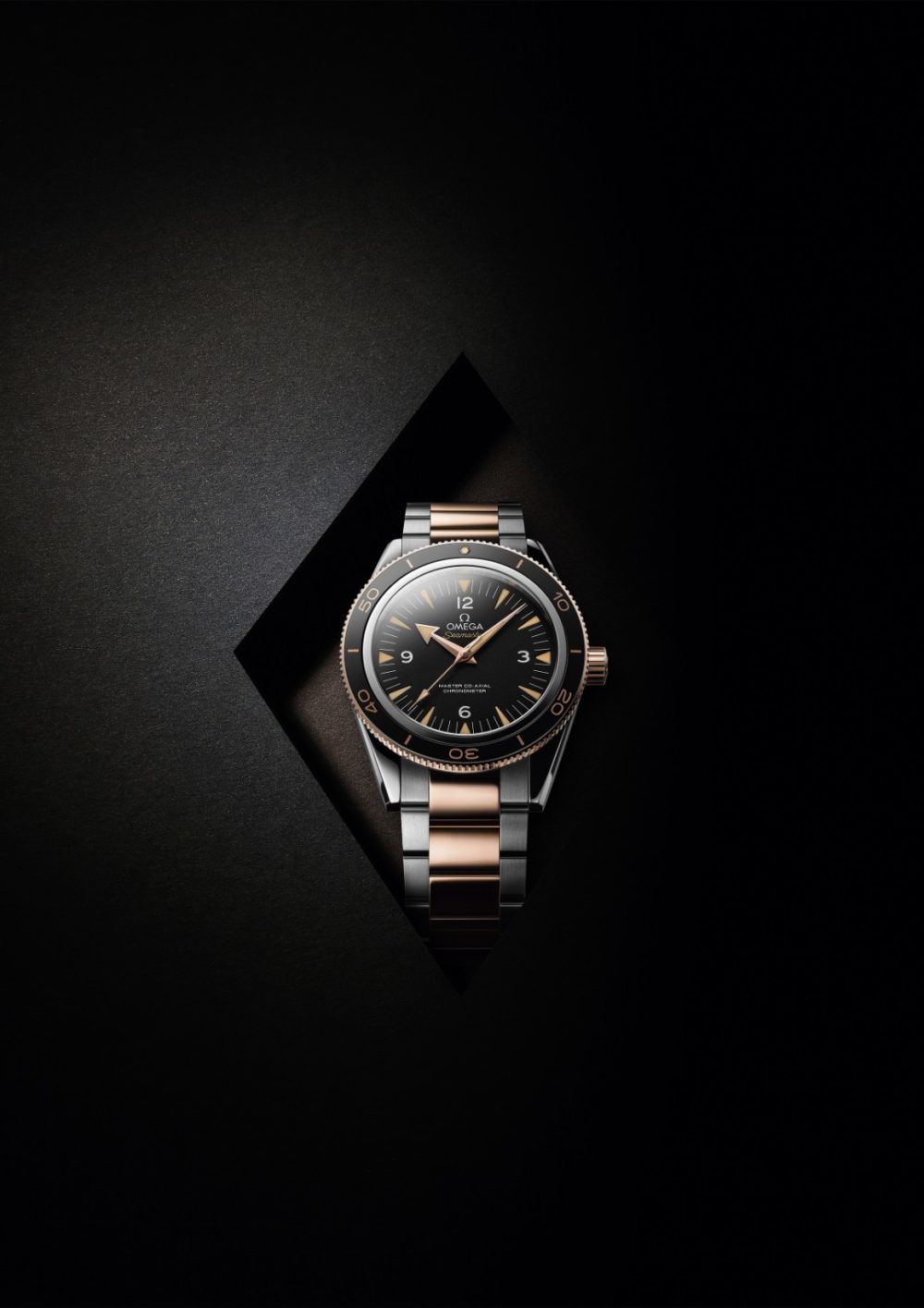 However, there are a few watchmakers that aren’t happy with just copper, oh no. There are all kinds of weird and wacky combinations that lead to slightly different hues. Add in some zinc to make it closer to dark yellow, like Chanel’s signature beige gold. Omega throw palladium in the mix for their Sedna gold, which creates a more intense red.

Not that it’s all about colour, mind. Gold is naturally soft, which is kind of an issue when it’s the last line of defence for a watch. Sometimes you can add in harder metals to counteract the issue, but that has the downside of innately changing the colour. Hublot seems to have found a way though. Magic Gold – a title in line with the absurdity of its King Power and Big Bang model names – is part gold, part ceramic. By mixing the two together (not nearly as easy as it sounds) you get a scratchproof (read “resistant”) gold. In colour it’s not rose, but given that it’s an alloy it fits here well enough. Hublot also have an equally-ludicrously-named King Gold, which is more in keeping with what we know as rose. The formula is far simpler: upping the copper content for redness then “stabilising” with platinum. This limits oxidisation and thus colour fading over time. If you’re dropping tens of thousands on an expensive watch, it’s good to know it’ll actually last, eh?

Not to cast aspersions, I reckon they got the idea from Rolex. Long before King Gold was a thing, Rolex was using Everose (a far better name in my not so humble opinion). It’s a little less red, so has less copper, but still uses platinum to keep it wonderfully in the pink spectrum.

Now that you’ve read through my little lecture, to the main event: the best rose gold watches you can buy. Well, a cross-section anyway. I’d never purchase a Hublot myself, but that’s because they don’t fit my dainty little wrists. This is my favourite Rolex for years. It was released in 2018 alongside the controversially modernised “Pepsi-Cola” version with its famous red and blue bezel, but just looks so much more interesting. The brown and black is a nice, subtle combination, especially when combined with the Everose gold.

If you don’t want to stump up £10k, you can get a slightly cheaper bi-colour version that’s just as nice. It might not be the professional watch the GMT was designed for, but who cares? It’s not like anyone wears a diving watch for diving. Watch case in point, Omega. This isn’t the new, cooler version of the 300m (a damn shame), but it does have the master chronometer certification. Essentially it is to COSC what Iron Man is to a fifteen minute jog in the park. The Sedna Gold mentioned above is in full force and rather than keeping things plain black, Omega has gone for soft brown leather.

I think you might be guessing my favourite golden colour scheme by now. It’s definitely better value than the Rolex proposition, given Co-Axials need far less servicing. If it had the same two-tone bezel I’d be in love. 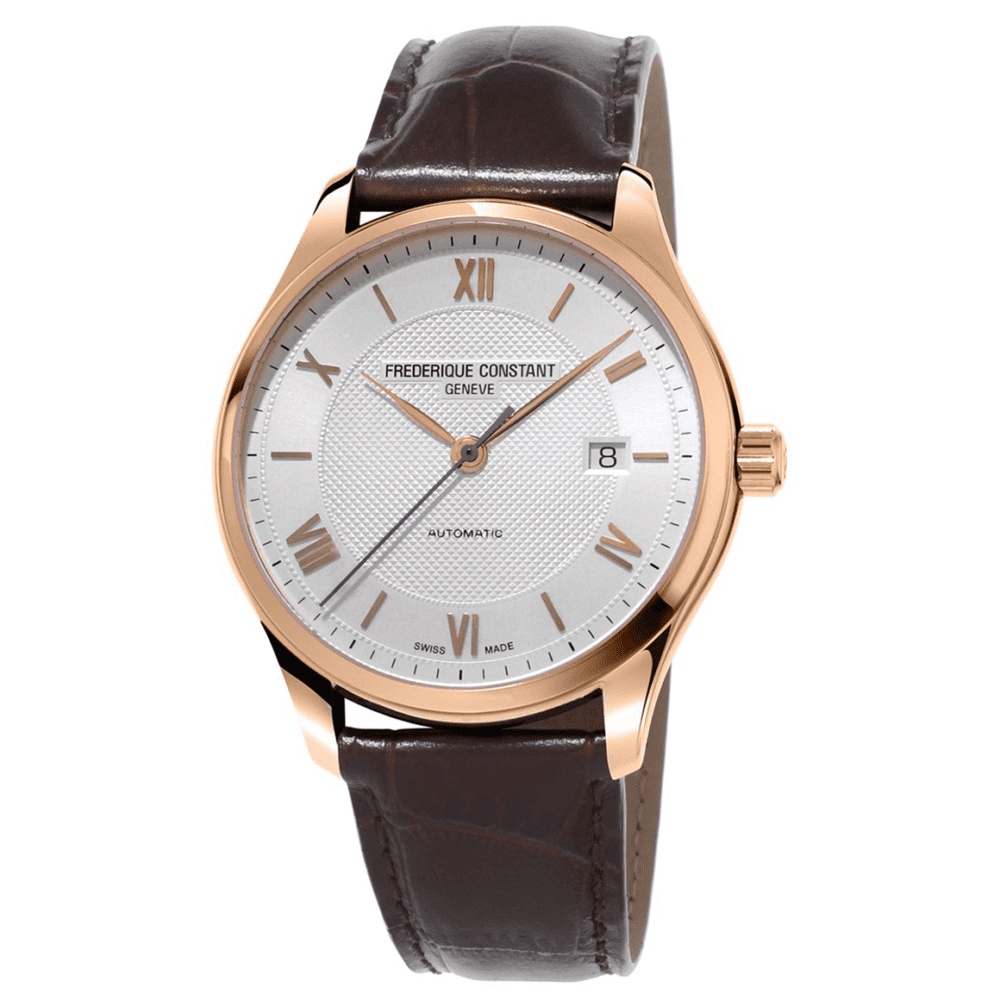 Let’s get it out the way: for around £1k you’re not going to be getting a “real” rose gold watch. Anything else is a King Midas pipedream. However, plated makes things a hell of a lot more affordable and with Frederique Constant you’re getting a lot more besides: a true in-house movement, phenomenal attention to detail and an overall impeccably made timepiece. It looks a million bucks without actually costing that much – a win-win if ever there was one. 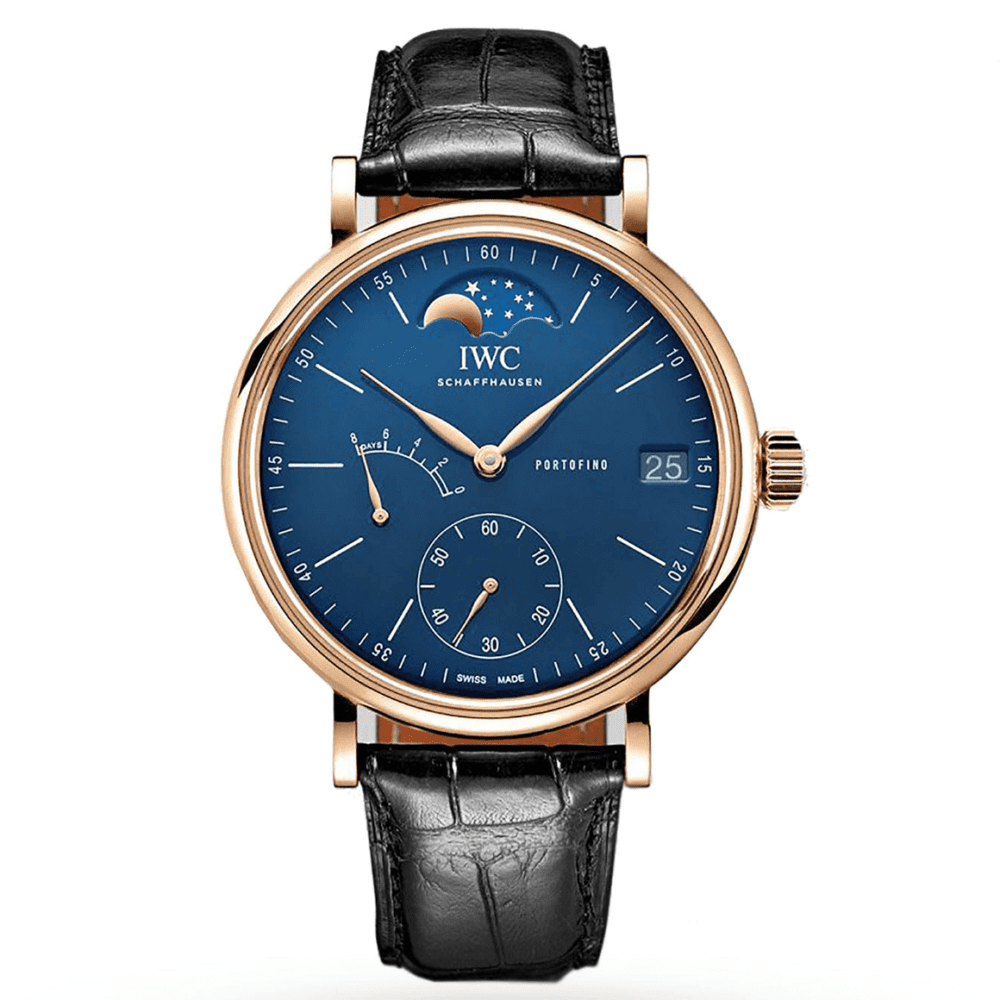 This is a truly beautiful watch. Blue and rose gold? Stunning. A rosey moon phase? Yes please. A celebration of IWC’s 150 years of watchmaking? Well OK, if you insist. Of the anniversary collection this is by far the standout and if my gushing wasn’t self-evident just take a look for yourself. Trust me when I say it looks even better on.

The price is admittedly a bit steep given that the case is quite light and therefore doesn’t actually incorporate too much gold, but give IWC a bit of a break; it’s a moonphase after all, the most useless yet beautiful complication out there.