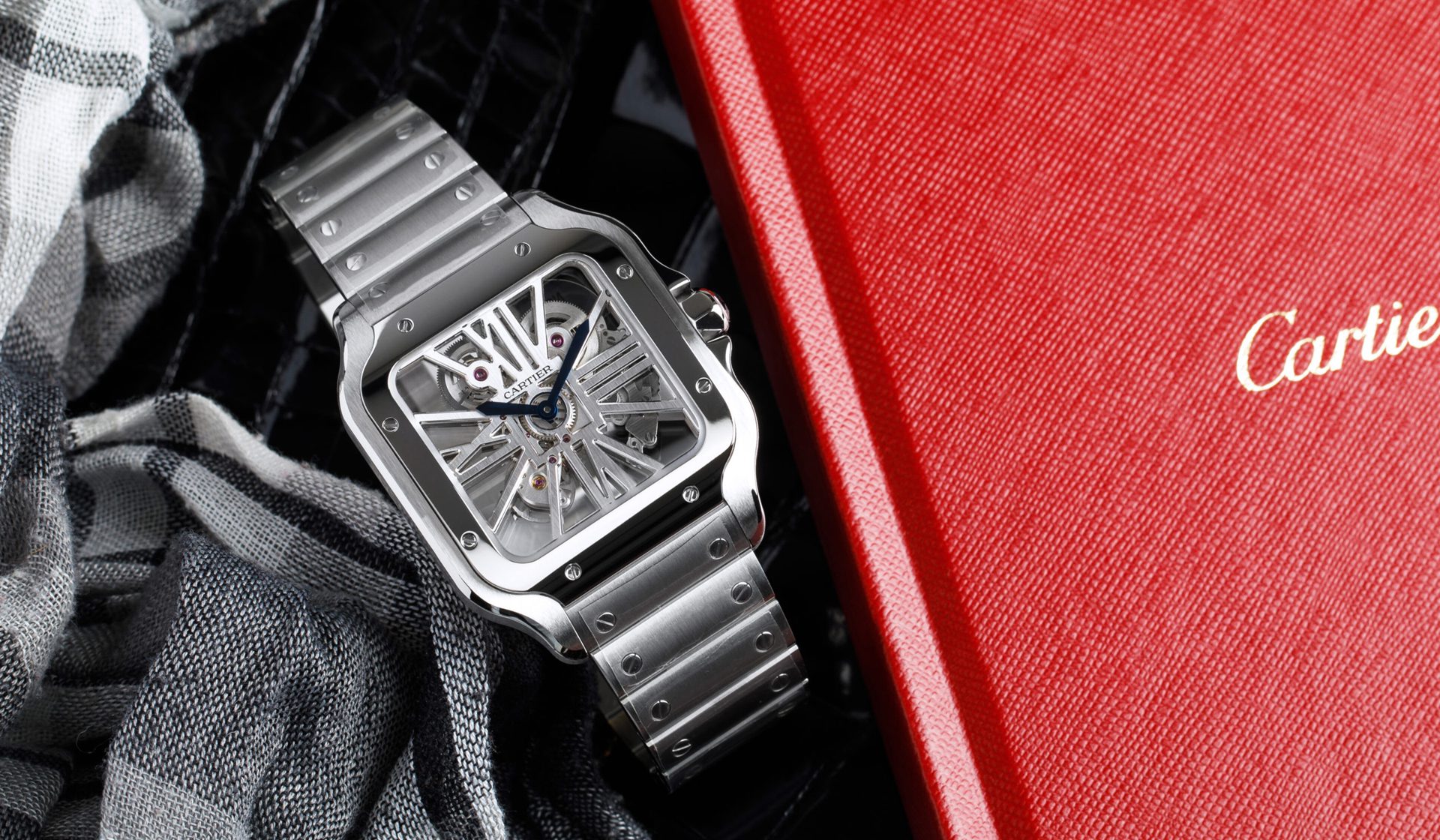 What Is A Skeleton Watch?

Jokingly, it’s that rare opportunity to pay more, for less – because basically a skeleton watch is one in which the dial has been completely or partially cut away to reveal the movement below. More seriously, this requires a lot of hand-finishing and, what’s more, necessitates having a movement (typically a mechanical one) sufficiently beautiful to show off.

It also means not being able to hide any defects too, of course. It’s not a hard and fast rule – there are skeleton watches showing off quartz movements, for example – but it means skeleton watches are, at their best, justifiably expensive. Arguably it’s a deep-seated human one. Why do some men like to lift the bonnet of their car and stare at the engine? To see the complexity and intricacy of the mechanics in action; to see what is normally hidden away; to see what can be rather wonderful.

Perhaps this desire – which has given us transparent cases for desktop computers, speakers, phones, pens and the like – is all the more intense in the digital age, in which devices are fused shut, and what’s inside is just a mass of computer chips anyway. Certainly, the idea of skeletonising a watch is not new. It was in the 1769s that French watchmaker Andre-Charles Caron first reworked his pocket watches to open up the case and show off the work normally hidden beneath.

Jump forward 300 years and the Swiss watch industry, facing the onslaught of quartz movements, started to revive a style of watch long since considered too outlandish for popular tastes. Here was a way the Swiss could again stand apart from Japanese watchmakers. And certainly the result can still look rather ornate.

Skeletons are probably not for minimalists, modernists, or those used to functional sport watches for example. But think of the skeleton watch in terms of stripping back all extraneous material and it is, in a sense, good design in action. The Swiss watch industry has embraced the skeleton full force over recent years, applying the design philosophy not just to classical timepieces but to all styles, including sports watches. This may not make much sense in the real world, but the results – check out the likes of Bell & Ross’ BR05 Skeleton, or the skeletonized Audemars Piguet Royal Oak – can work visually.

Think of it as the usually stuffy Swiss watch industry being provocative or playful, celebrating the watch first as a craft object rather than as a time-telling tool. The advent of 3D CAD software, machine tooling and other advances in manufacturing technology are all making skeleton watches much more affordable too, which may or may not lower the cachet of the skeleton watch in years to come.

Skeleton Watches Are An Acquired Taste Not all watchmakers are fans – some argue that to skeletonise a watch is, by definition, to reduce its structural integrity, which in turn can only have a negative impact on its durability and time-keeping. But that’s over the very long term of course (say if you’re thinking of your watch as an heirloom), and the use of modern materials is addressing this challenge.

Others argue that the more a dial is skeletonised, the less a watch has a clear, solid shape. And, another aesthetic judgment, some think of the skeleton as being just a bit too flashy: the 21st century equivalent of a watch with a jewelled bezel.

Maybe the happy medium is to have what’s called an ‘open worked’ dial: sections cut out of an otherwise solid dial to highlight one or two key details of the movement, typically the likes of the mainspring.

The Best Skeleton Watches You Can Buy Today

If you’re going to show off your watch’s movement, you really do need to have a movement that is worth seeing. Consequently, watchmakers are pouring more resources and time into making not just more complex movements, but more aesthetically pleasing ones, with, for example, more symmetry, or more obviously built over layers to give a 3D feel, or rearranged to graphic and sometimes whimsical effect.

It’s in skeletonisation, arguably, that watches come closest to being pieces of art or pieces of jewellery. Make no bones about it, skeletonisation impresses – even if you’re not sure you’d want to wear a skeltonised watch yourself. If you do, though, these are the models to consider. Independent maker Roger Dubuis has made a specialism out of skeletonised watches in recent years and this piece – absent any kind of dial, with the bridges of the movement set to form a striking star pattern – is an exceptional example. But then it will cost you more than a Tesla. Here’s an example of taking a classic piece, skeletonising it, putting on an exhibition window too, and ending up with a ghostly, barely-there look.

You can see the 138 parts of the manual-wind movement, and they’ve been clustered so to be look ethereal themselves too. Say goodbye to your house deposit though. So densely packed is the mechanical movement in this watch that together all those baseplates form a kind of dial in its own right – the brass cog in the centre a reminder of just how crazy an example of micro mechanics such watches really are.

At just over a grand, it’s accessible but still serious. Putting aside its curious name – surely ‘Open Heart’ can only be followed by ‘Surgery’ – this Hamilton watch is a strong example of a creatively open worked dial.

Angular cut-outs give the dial a bold presentation and a vision of wheels spinning but still make for a very wearable (and affordable) watch. 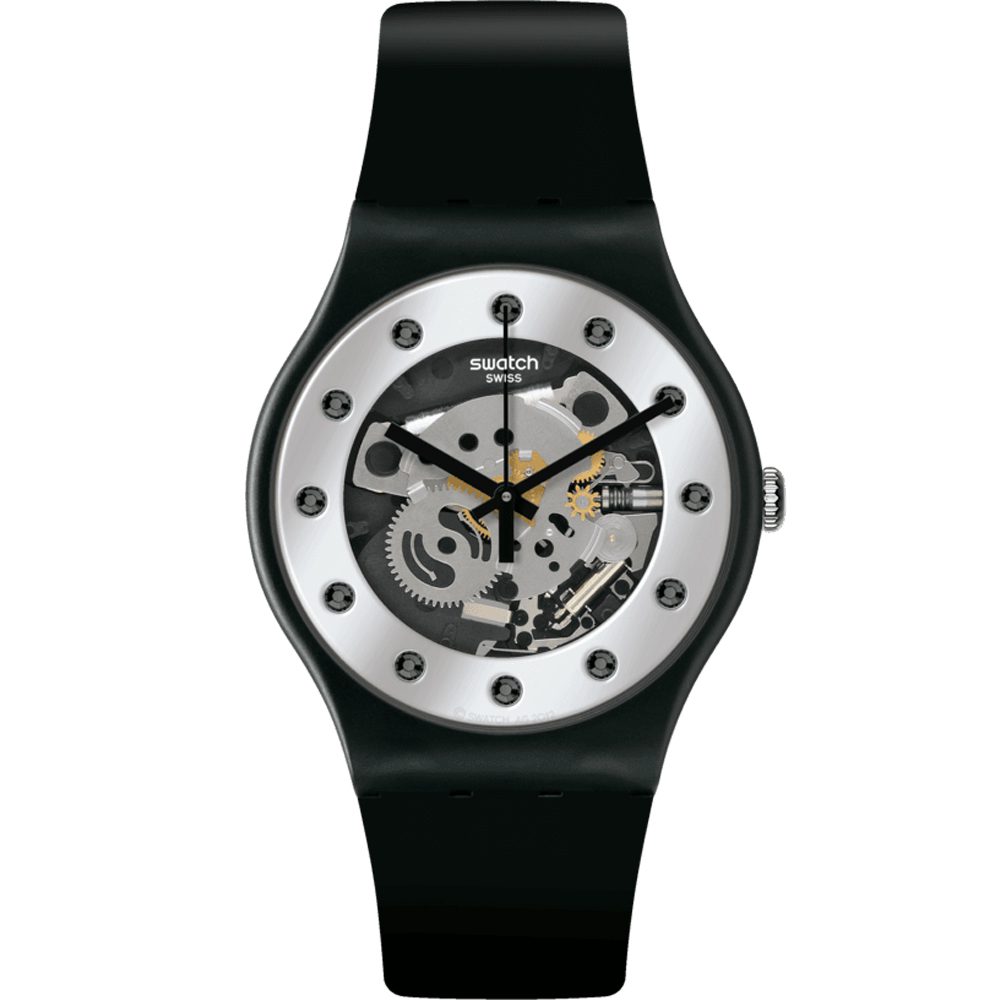 Proof, if ever it was needed, that a skeletonise watch really need not cost the earth. Of course, this isn’t truly a display of watchmaking craft, but plays to the pleasure of seeing your quartz watch tick from the inside. And all for less than a night on the town.