How much is a Rolex is a question almost on par with how long is a piece of string. The short answer is: it depends. When you buy one, where you buy from, what it’s made from, what it’s powered by – all these factors change the price. Remember Paul Newman’s Daytona, which sold in 2017 at auction for $17.75m? It was bought by his wife in 1968 for $300.

There are less-extreme examples of price difference, of course. According to Rolex’s website, you can buy a steel Submariner for £7,150. Leaving aside the laughable idea of being able to actually go to a Rolex boutique and purchase a steel Submariner, you can purchase a pre-owned version right now, but you’ll pay ~£11,000. That’s £3,850 premium for the privilege of not having to spend years buying and flipping DateJusts to get the watch you actually want.

So, we’re going to tackle this rather slippery question but looking at the five most desirable collections Rolex makes – the ones where, if you went into a dealer asking to get on a waiting list for a steel one, you’d be told the lists are closed. We’ll look at what you’re actually getting for your money and then, if there’s more chance of you being the next Space X passenger than actually getting hold of a particular model, we’ll find out the price of something preowned that you can actually purchase now. Not a flipped DateJust in sight. The ultimate Rolex as far as most people are concerned. The steel version has a waitlist that’s notoriously difficult to get on to and that’s after you’ve spent years building a relationship with an authorised dealer. Launched in 1953, it was the first divers watch that was good to 100m; now it has a water resistance of 300m.

The Submariner is fitted with the Calibre 3230, while the date version has the 3235, which was launched in 2020. Both are made in-house and are fitted with Rolex’s exclusive blue Parachrom hairspring, which is 10 times more precise than a traditional hairspring in case of shocks. They have a 70-hour power reserve. 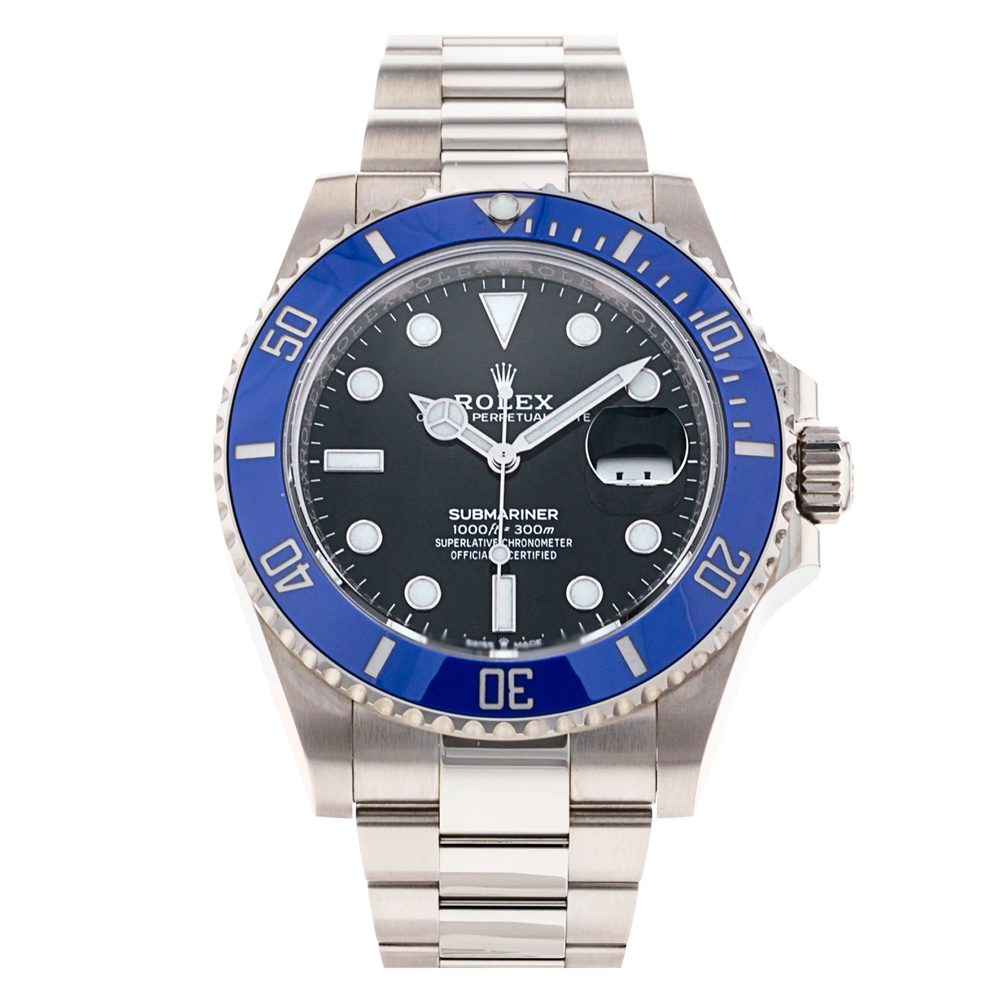 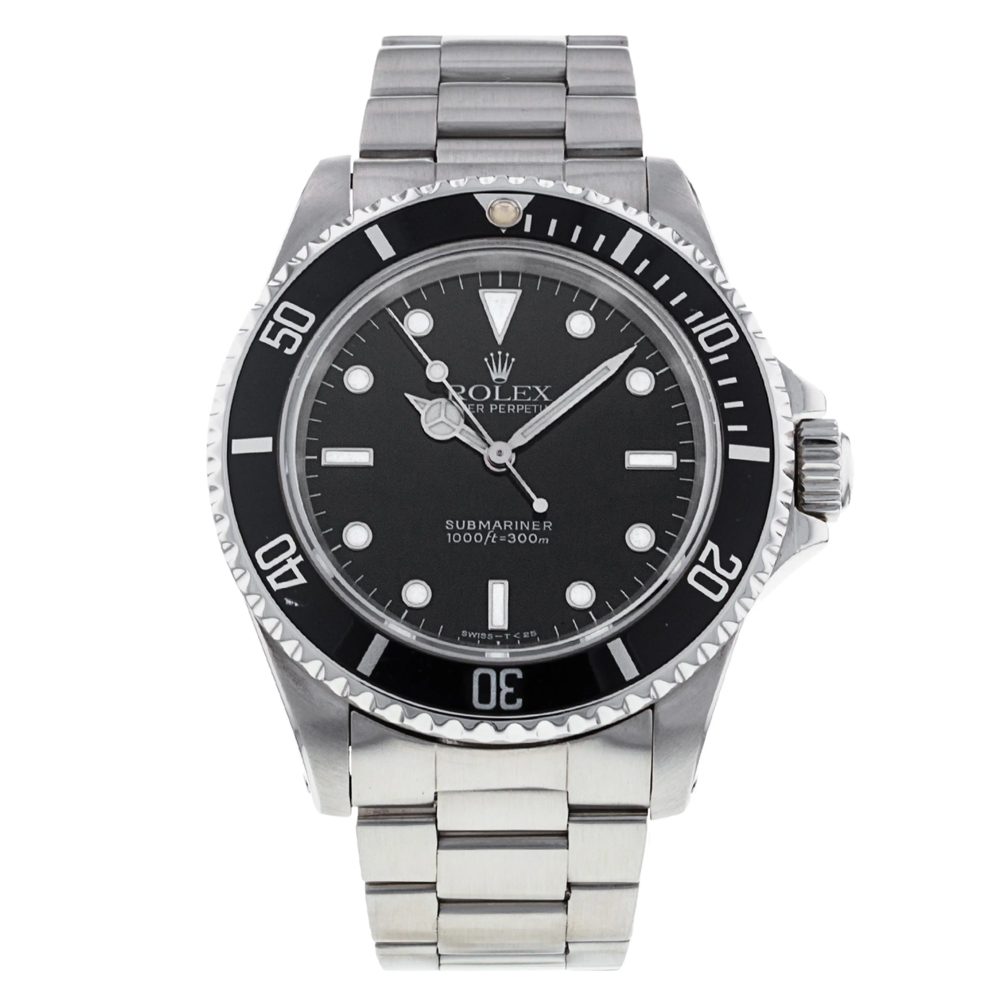 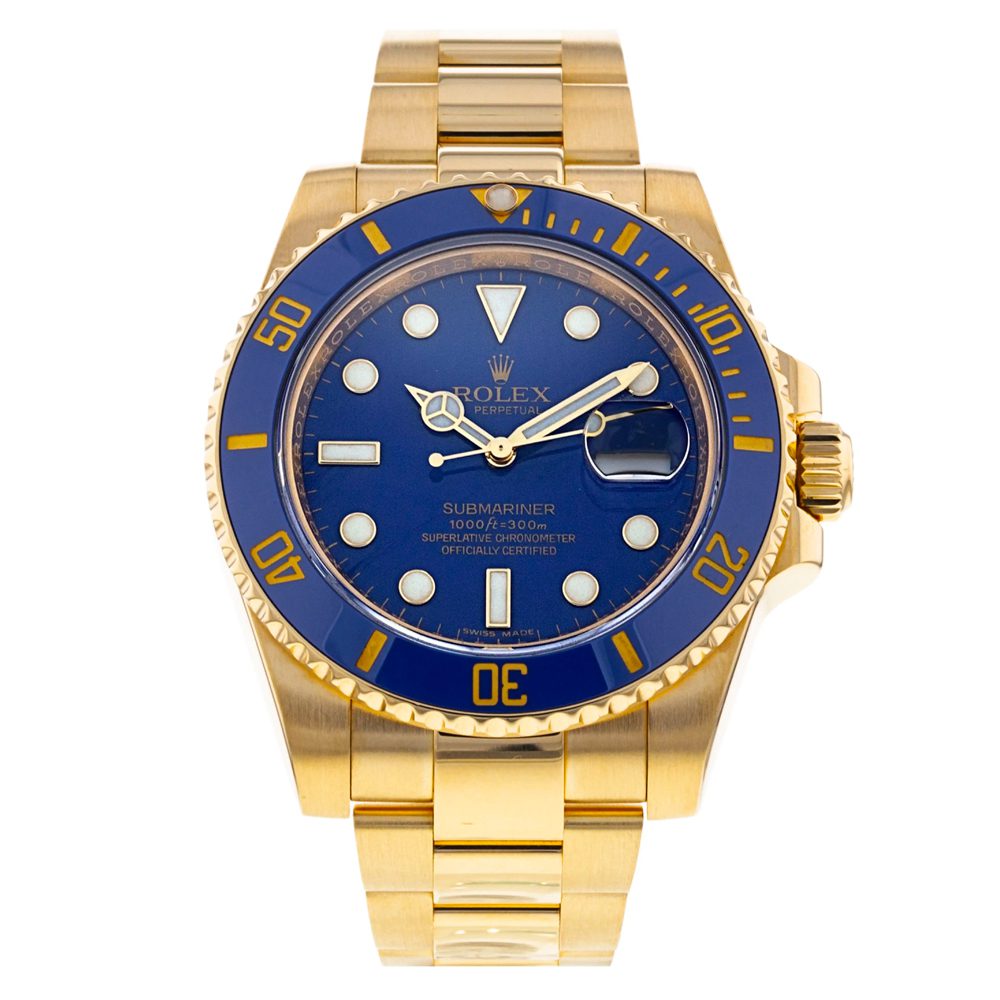 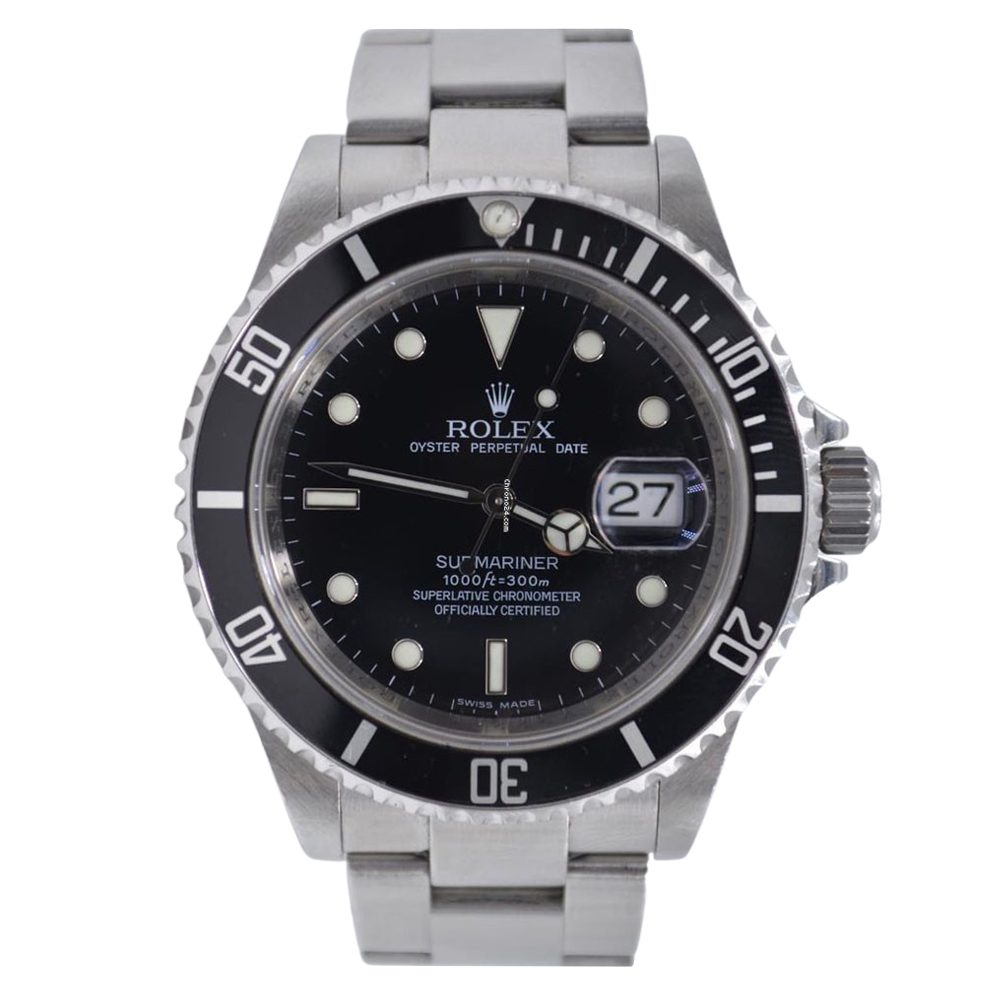 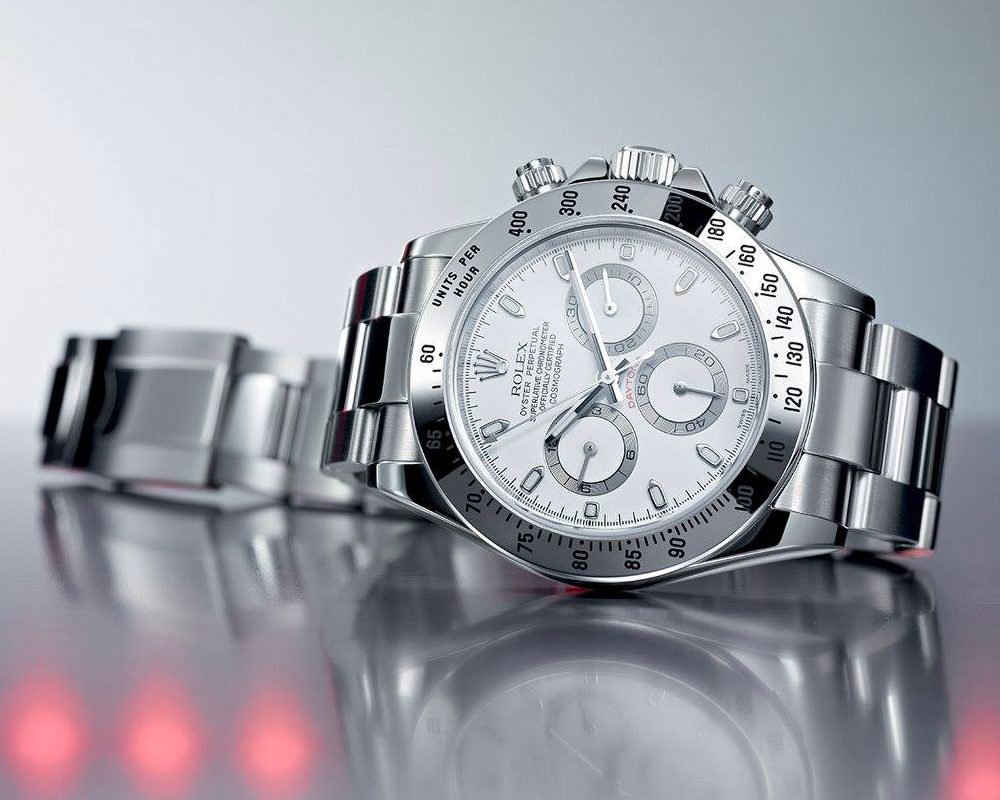 First launched in 1963 and named after the race for which Rolex first served as official timekeeper in 1962. It’s ref. 6239 became famous when actor and race car driver Paul Newman was seen wearing one. The original version used a Valjoux calibre 72 before Rolex switched to a modified El Primero in the 1980s. This watch was also the beginning of the Rolex waitlist – though in those days it was a more manageable three years rather than today’s ‘sometime never’ approach.

Powered by the Calibre 4130, which has fewer components than a standard chronograph. This enhances reliability and also saves space allowing for a larger mainspring to deliver the 72-hour power reserve. This is a vertical clutch chronograph. 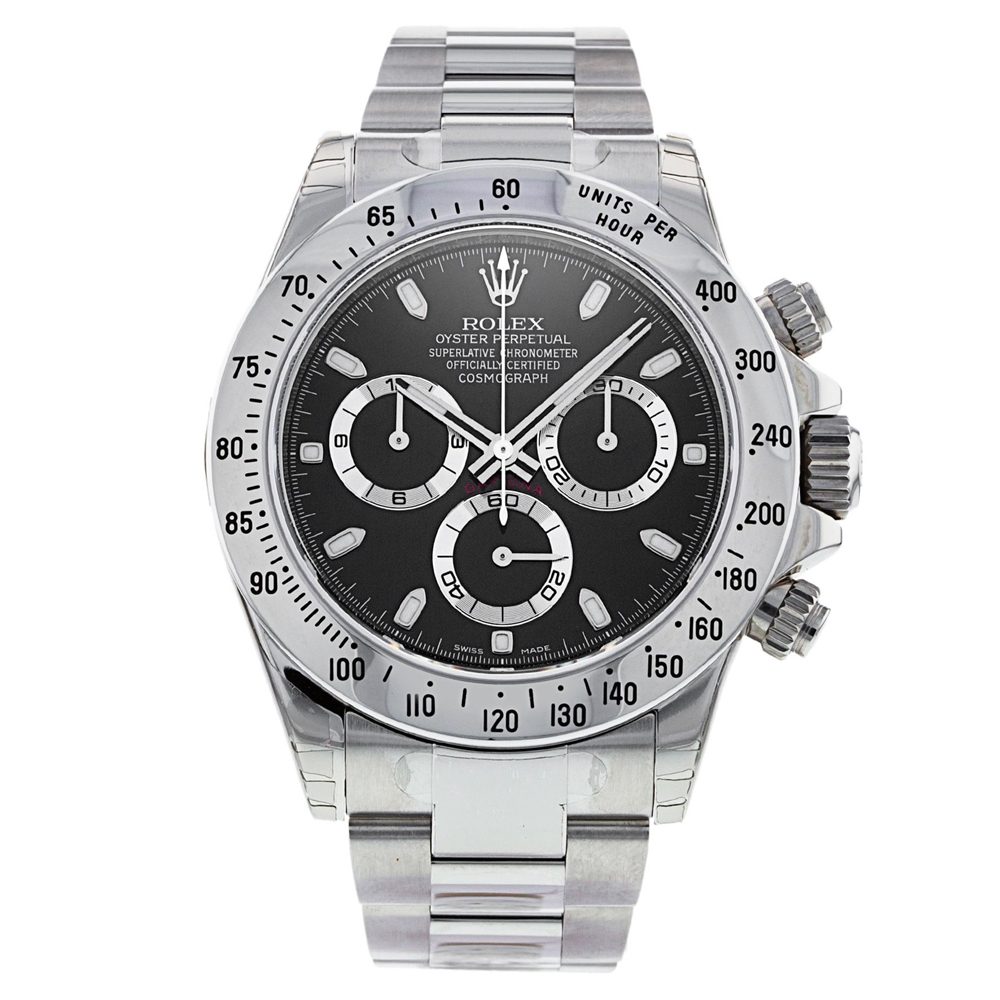 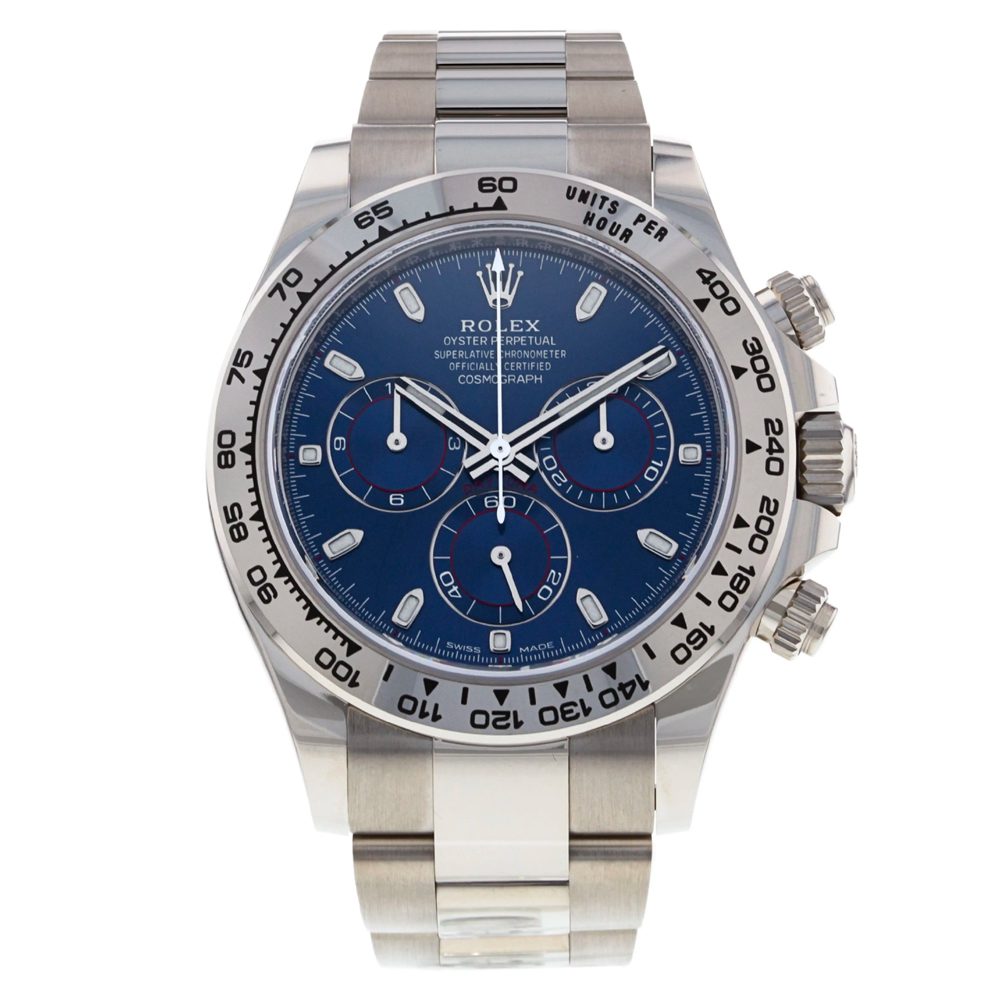 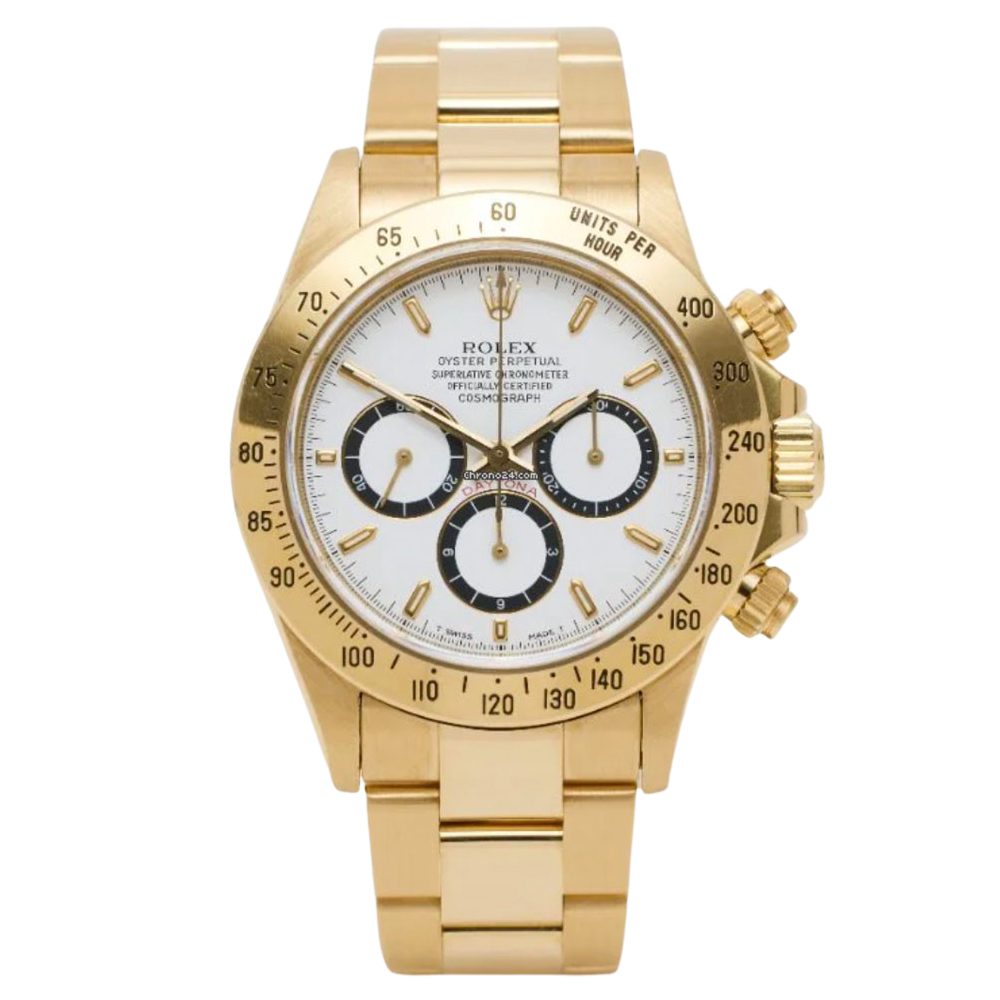 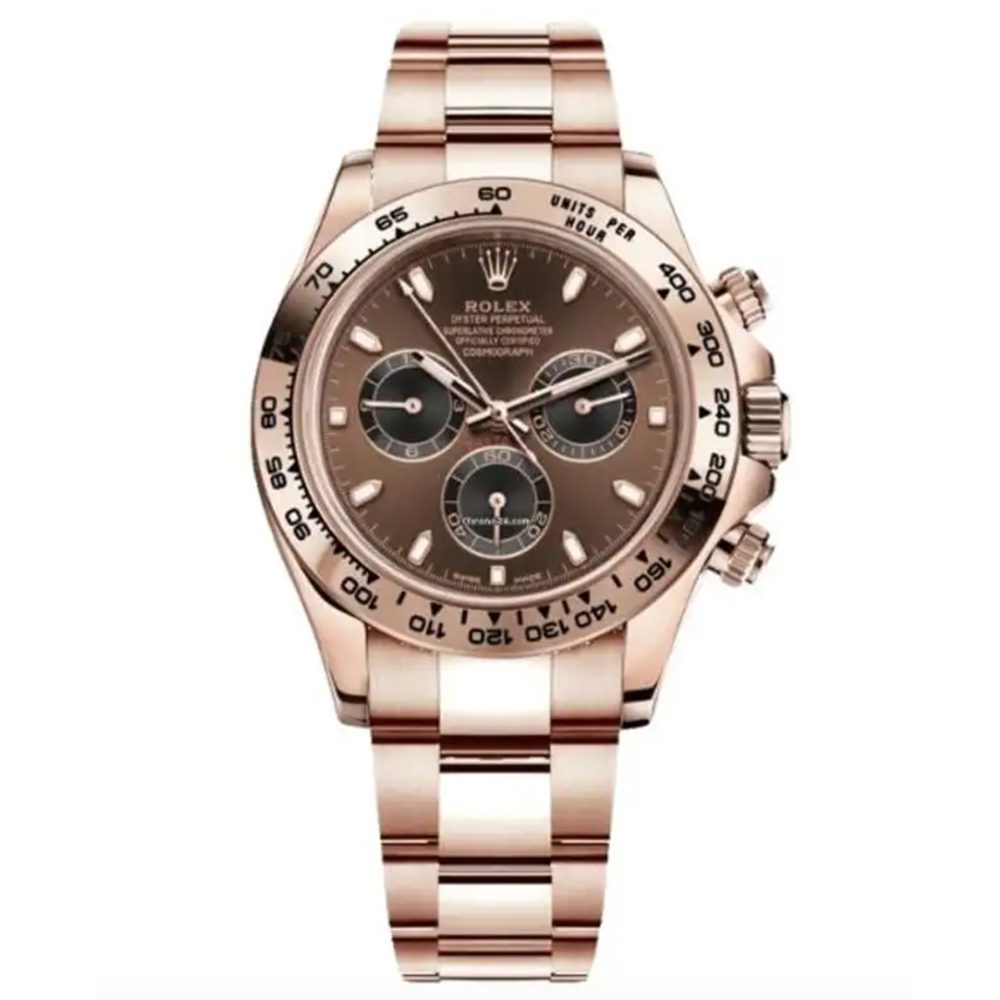 In steel: despite being listed on the Rolex website at £11,600, you won’t be paying that. Chisholm Hunter has the most reasonable version at £31,950. 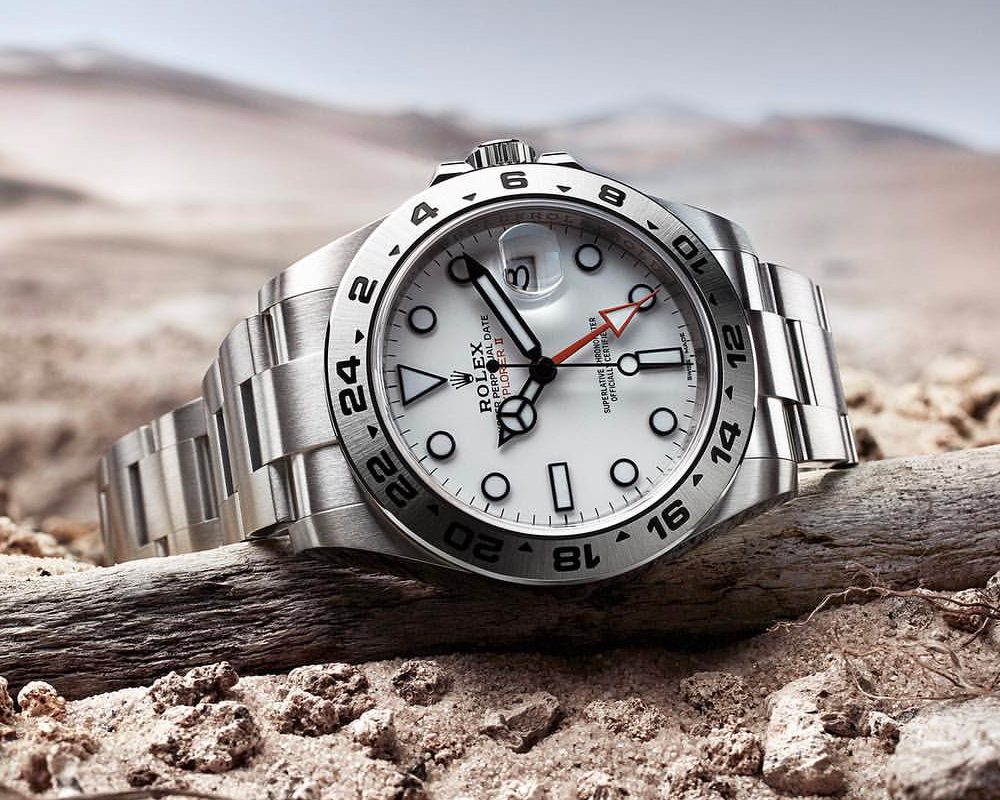 The 1971 evolution of Rolex’s 1953 Explorer, except this watch was for people who plumb the earth’s depths rather than ascending its peaks. It is the first watch to combine a GMT with a dive watch. The 24-hour hand and bezel was added so spelunkers and arctic explorers could keep track of time in environments with no light or, alternatively, where the sun never sets to prevent disorientation.

Calibre 3285 with 70 hours power reserve, and Chronergy escapement made from nickel-phosphorus, which is insensitive to magnetic interference. This modification of the Swiss lever escapement has lighter parts, which makes the movement about 15% more efficient, and the geometry of the escape wheel teeth and pallet stones has been changed, making better use of the leverage generated by the pallet fork.

This adds up to a movement with -2/+2 precision. It also has Rolex’s Parachrom hairspring and Paraflex shock absorbers. 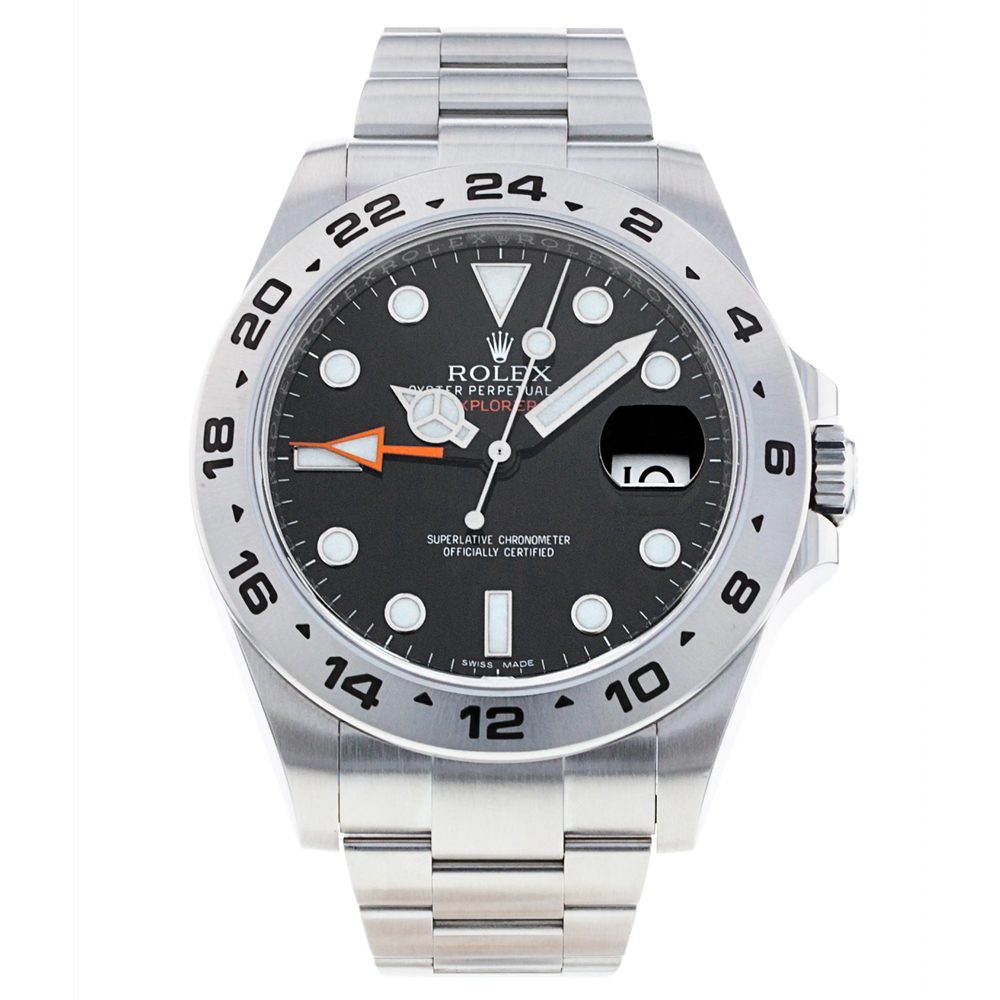 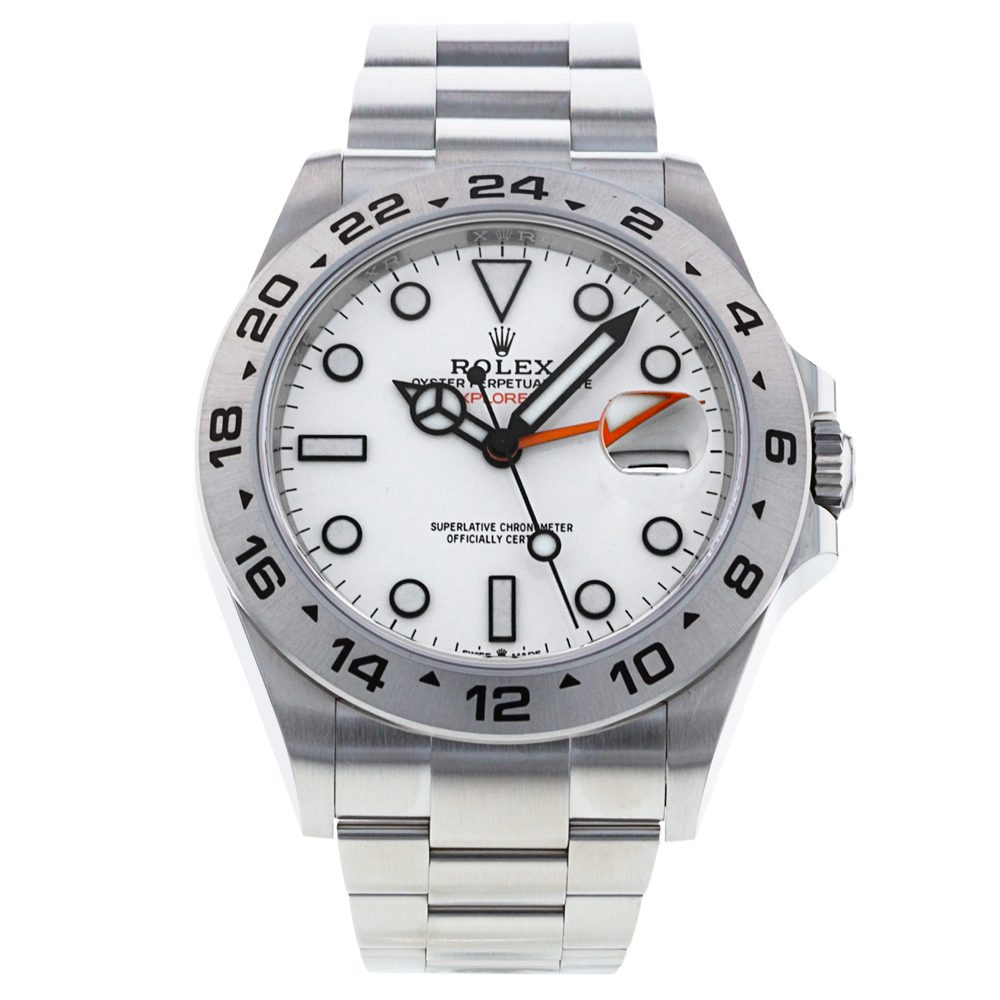 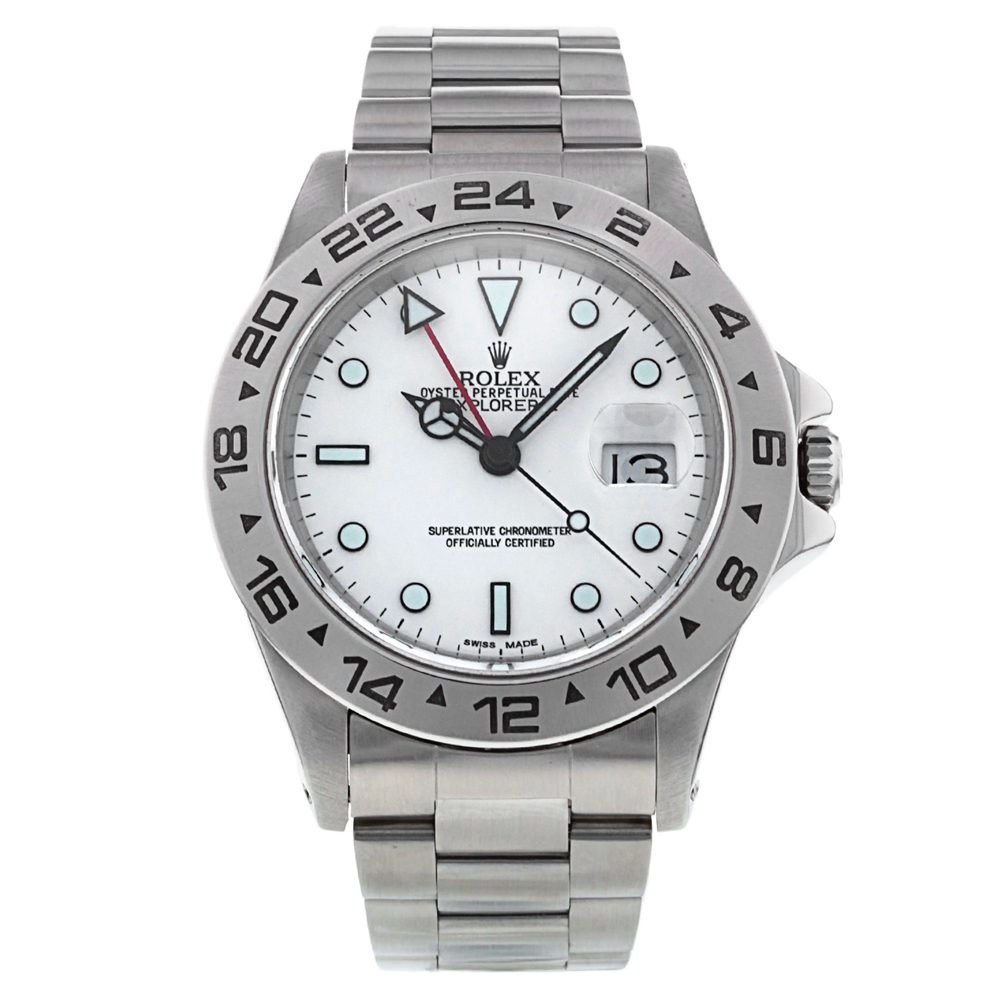 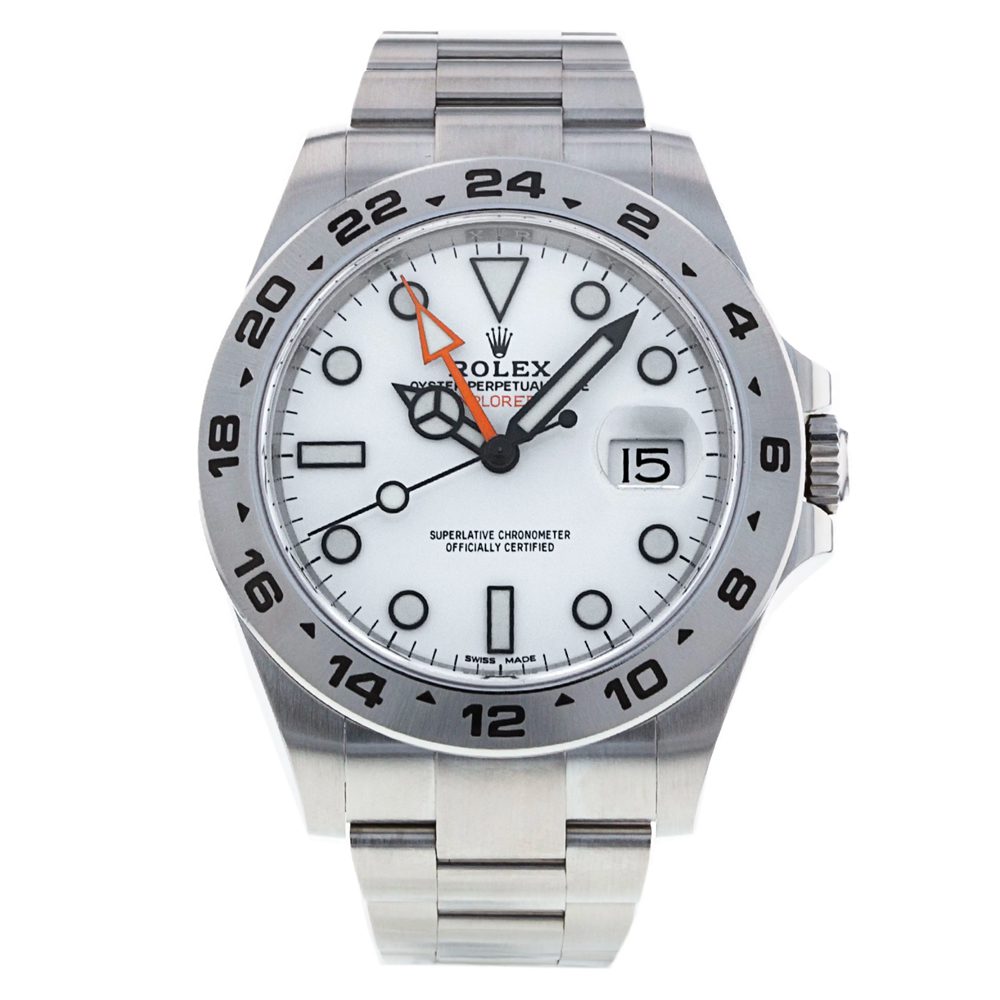 The Explorer II only comes in steel. The Rolex website lists its price as £7,550, but that’s not what you’ll be paying. Watchfinder currently has the most reasonable model discounted to £9,945 but it is also listing a new 2022 model for £13,030. 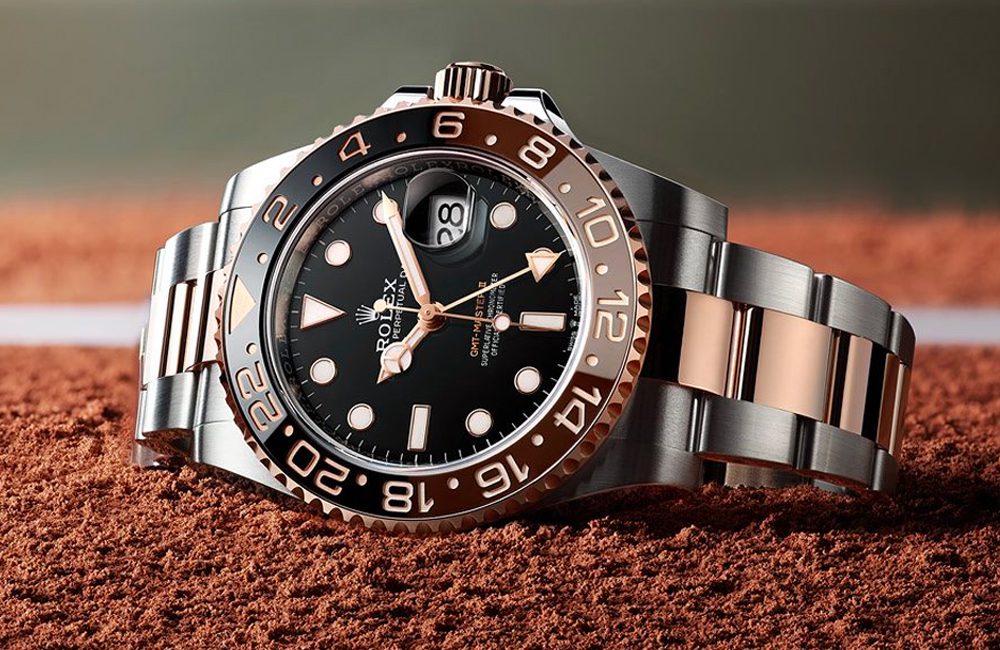 Another evolution, this time of 1953’s GMT-Master, the first-ever watch with a dual time zone function and beloved timepiece of Pan-AM pilots. The GMT-Master II arrived in 1983, when Rolex introduced the ref. 16760 with a new independent 24-hour hand that made it able to show the time in three zones.

It was remodelled again in 2005 but 2012 saw the most significant transformation – well, until 2022’s left-hand version. Rolex had finally found a way to make two-tone Cerachrom ceramic bezels, which led to the Pepsi and the Root Beer revivals.

Calibre 3285. Same as the Explorer II, which allows the wearer to adjust the local time using the crown without stopping the watch or affecting the 24-hour hand. 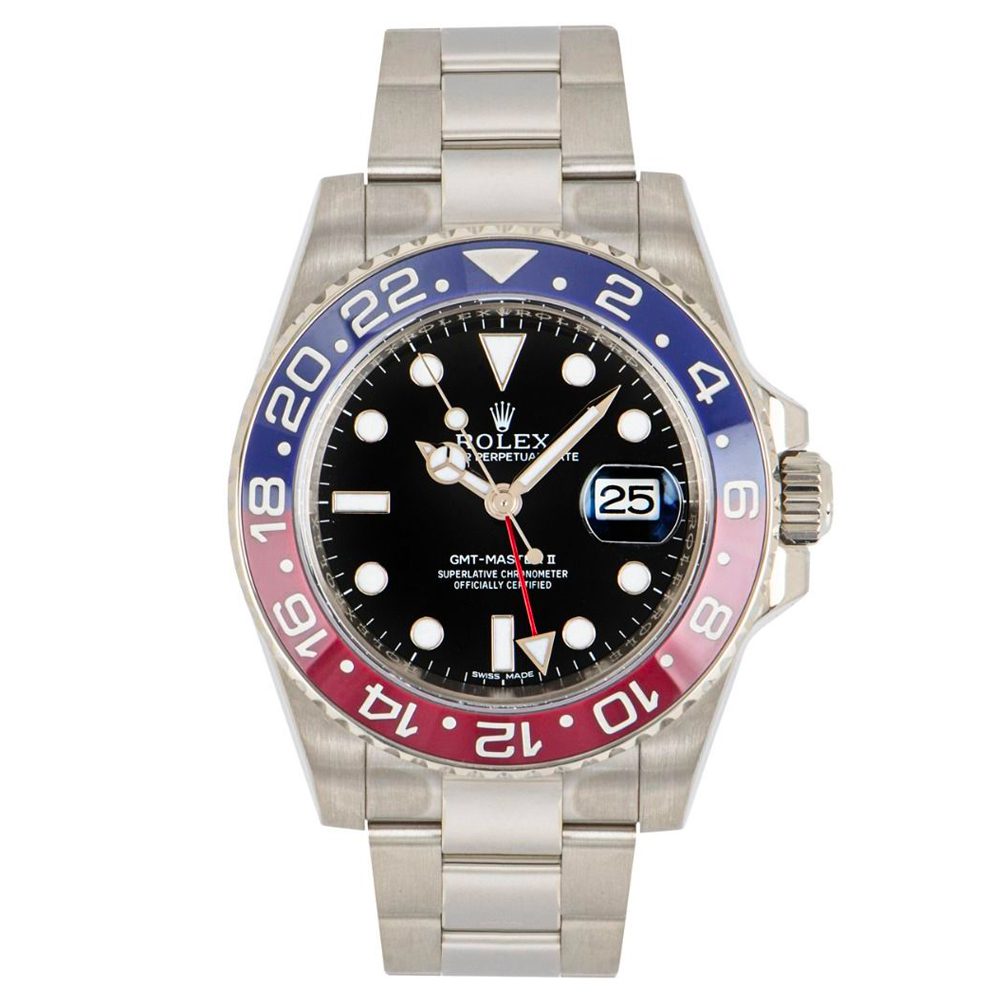 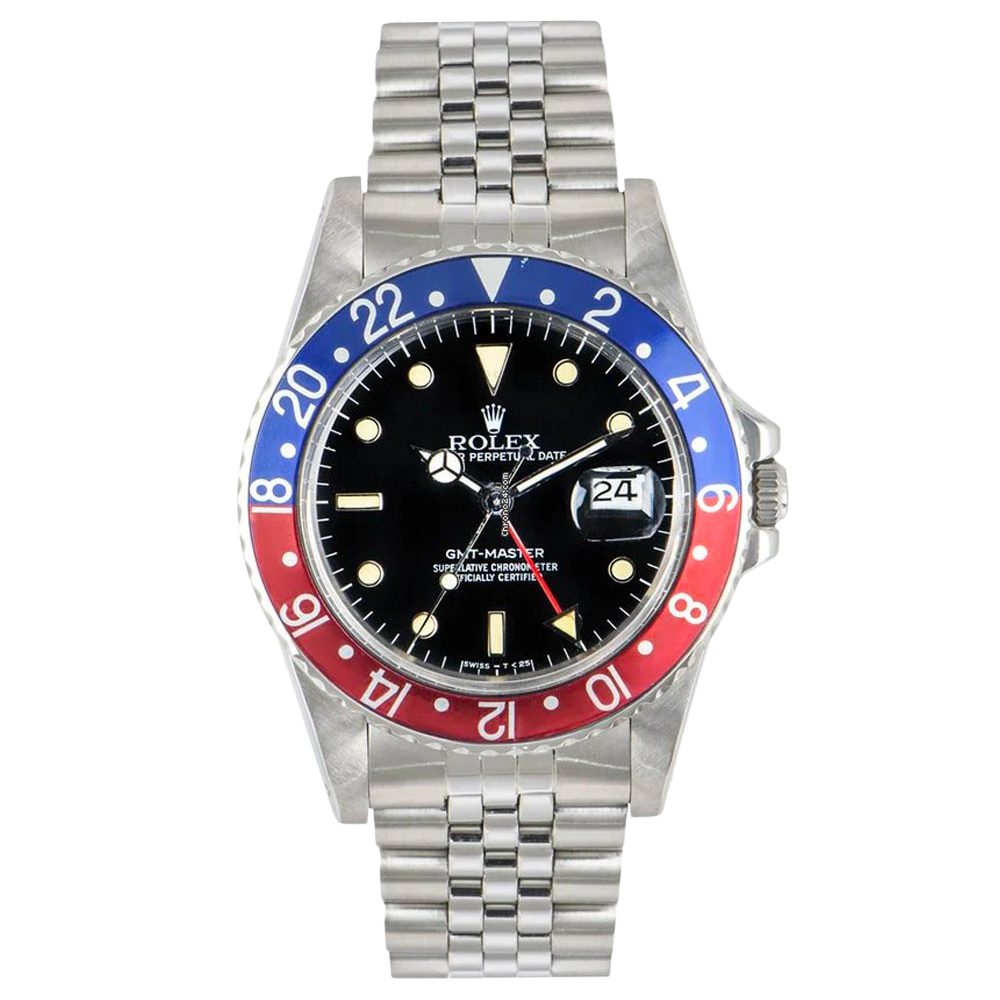 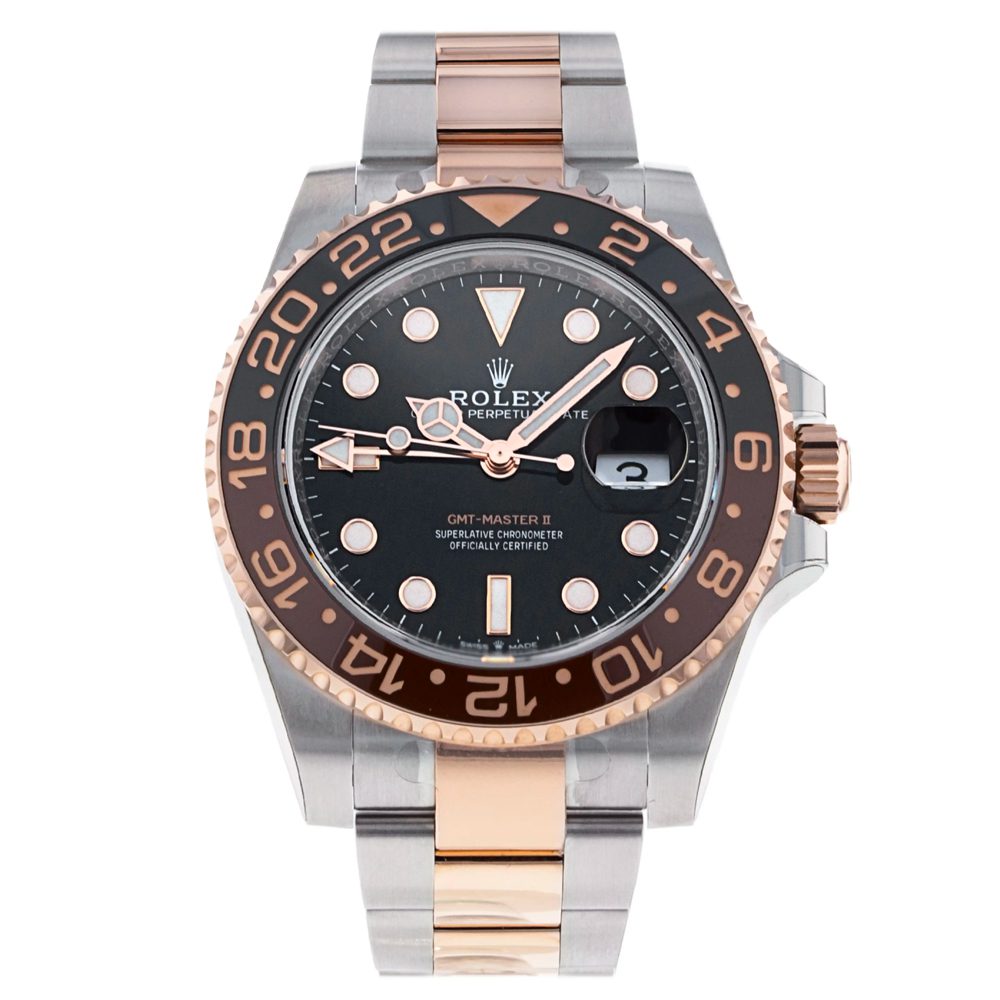 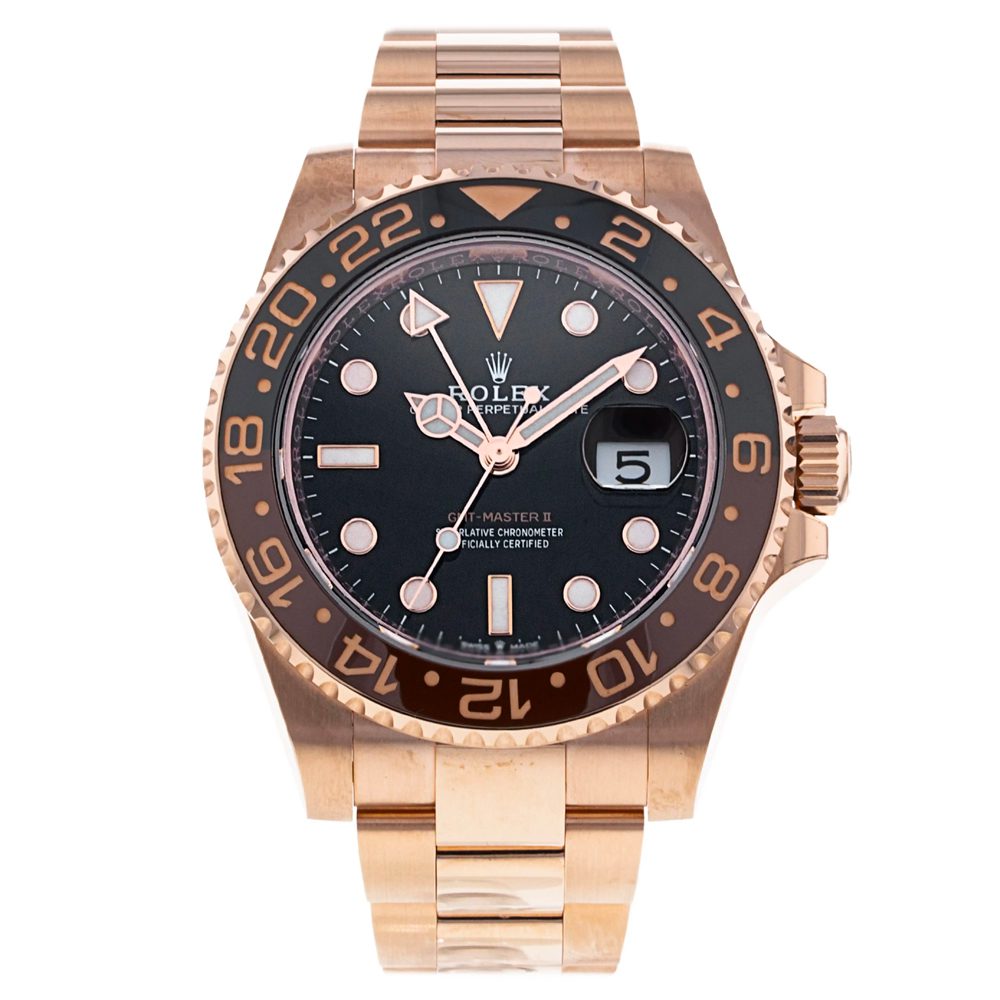 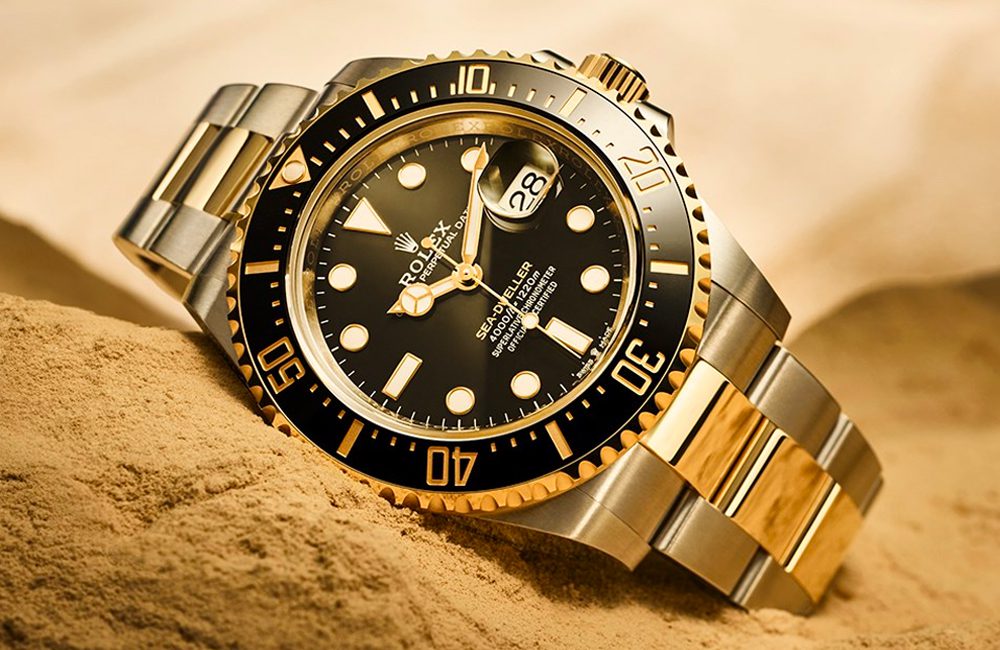 A timepiece born out of necessity. In the late 1960s, divers from SeaLab – the experimental underwater habitats developed by the US Navy in the 1960s to prove the viability of saturation diving, -found that the crystal of their Submariners would pop out when in the decompression chambers following a dive. Rolex got to prototyping, nicknaming these watches Sea Dwellers because of the multi-day stretches underwater.

The solution to the divers’ case-popping problem was to add a helium escape valve – the first time a watch had been fitted with one. So, in 1967, Rolex unveiled the Sea Dweller good to a lung-crushing 1,220m. 2008 saw the arrival of the Deepsea, developed to meet the requirement of professional divers and good to 3,900m.

From 2009- 2014 the Sea Dweller was removed from the catalogue but in 2014 it reappeared with a snazzy new Cerachrom bezel, a case that was three millimetres bigger and with a Cyclops over the date.

Calibre 3235, developed by Rolex for a superlative level of performance. It is tested by COSC (Swiss Official Chronometer Testing Institute) and then tested a second time by Rolex because its criteria is twice as exacting as those for an officially certified chronometer. It has the Chronergy escapement and Parachrom hairspring. 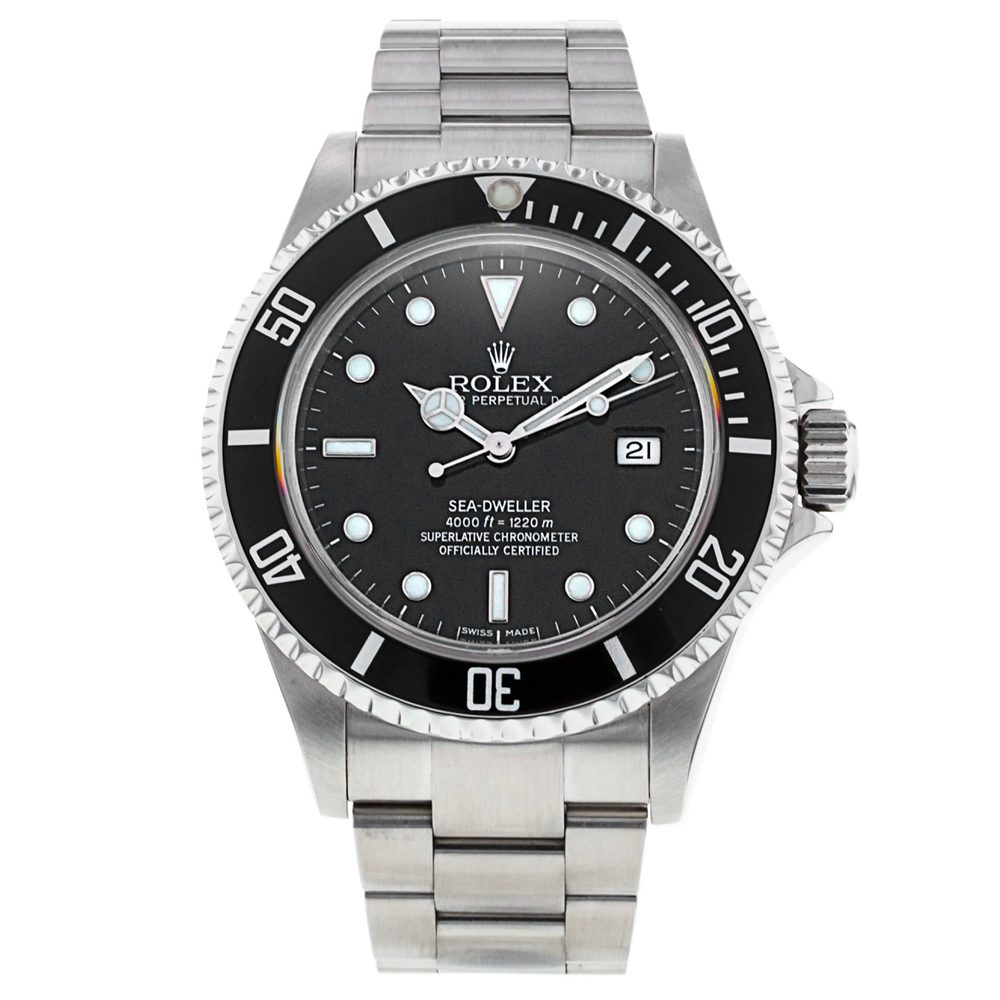 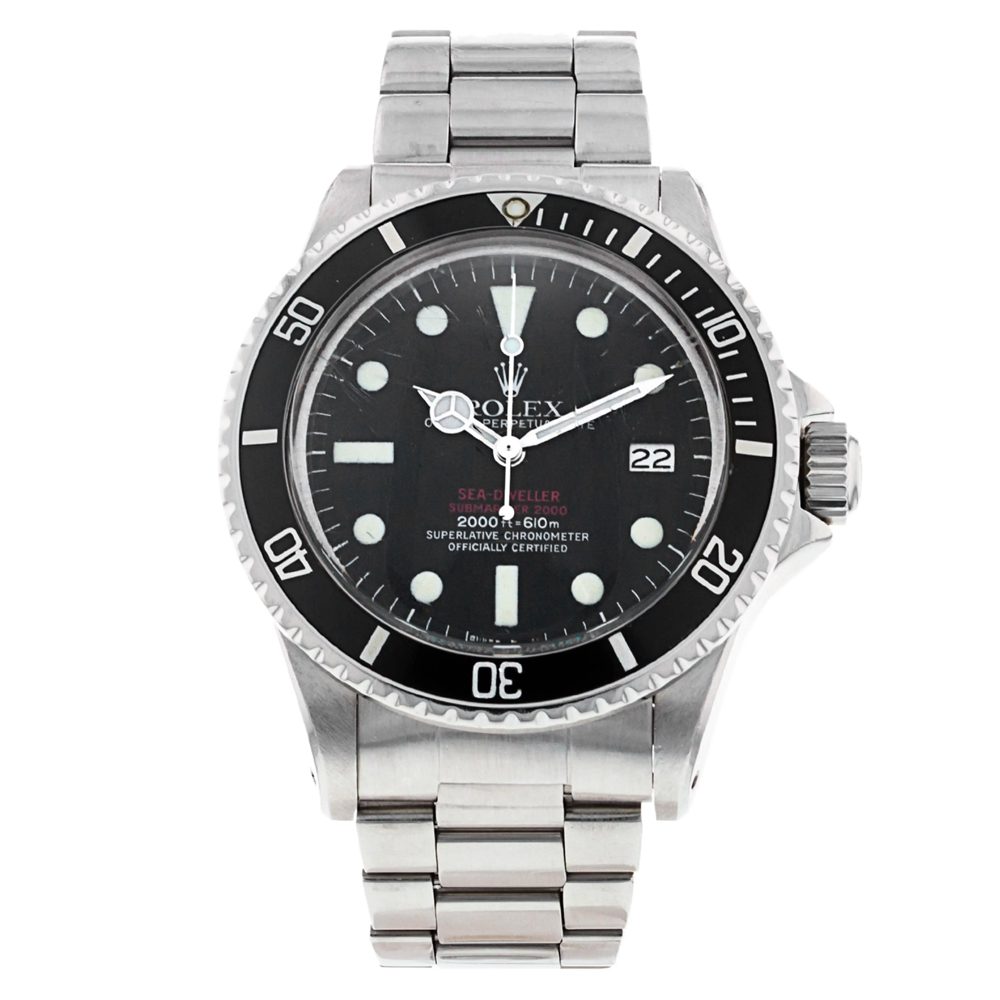 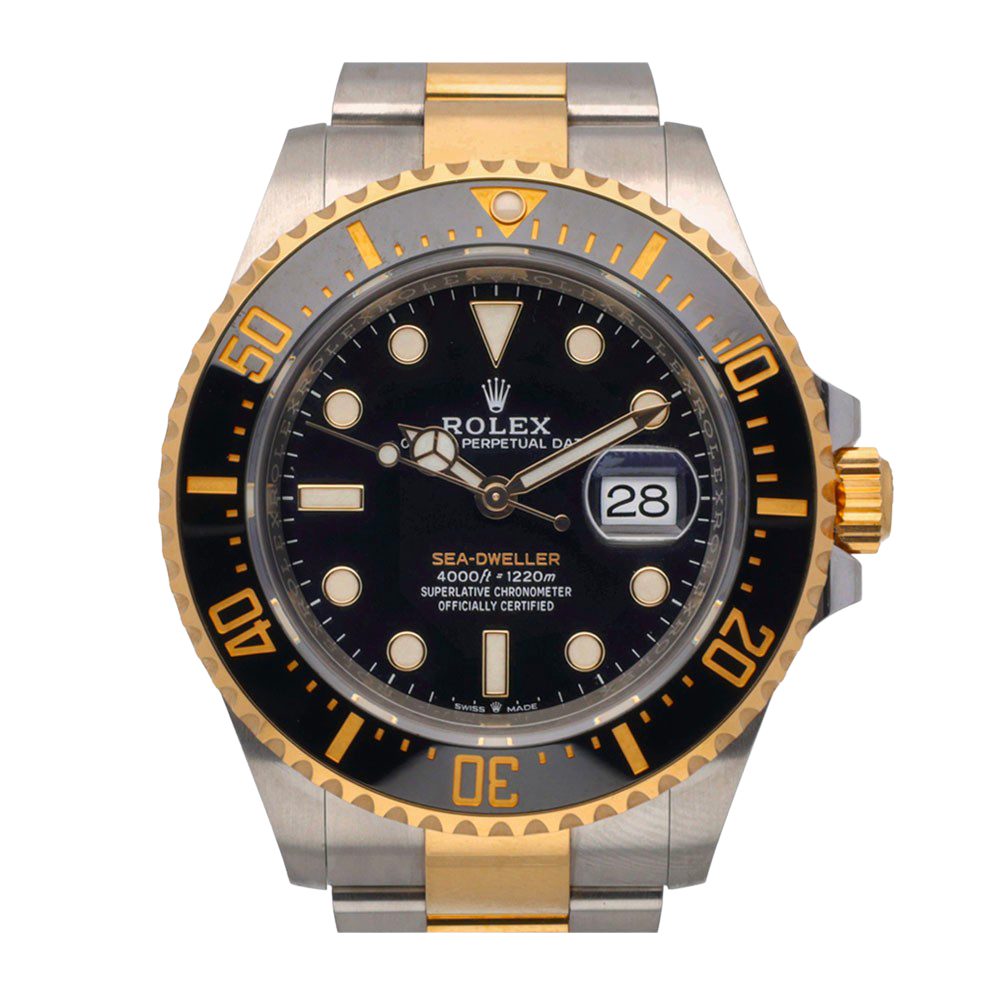 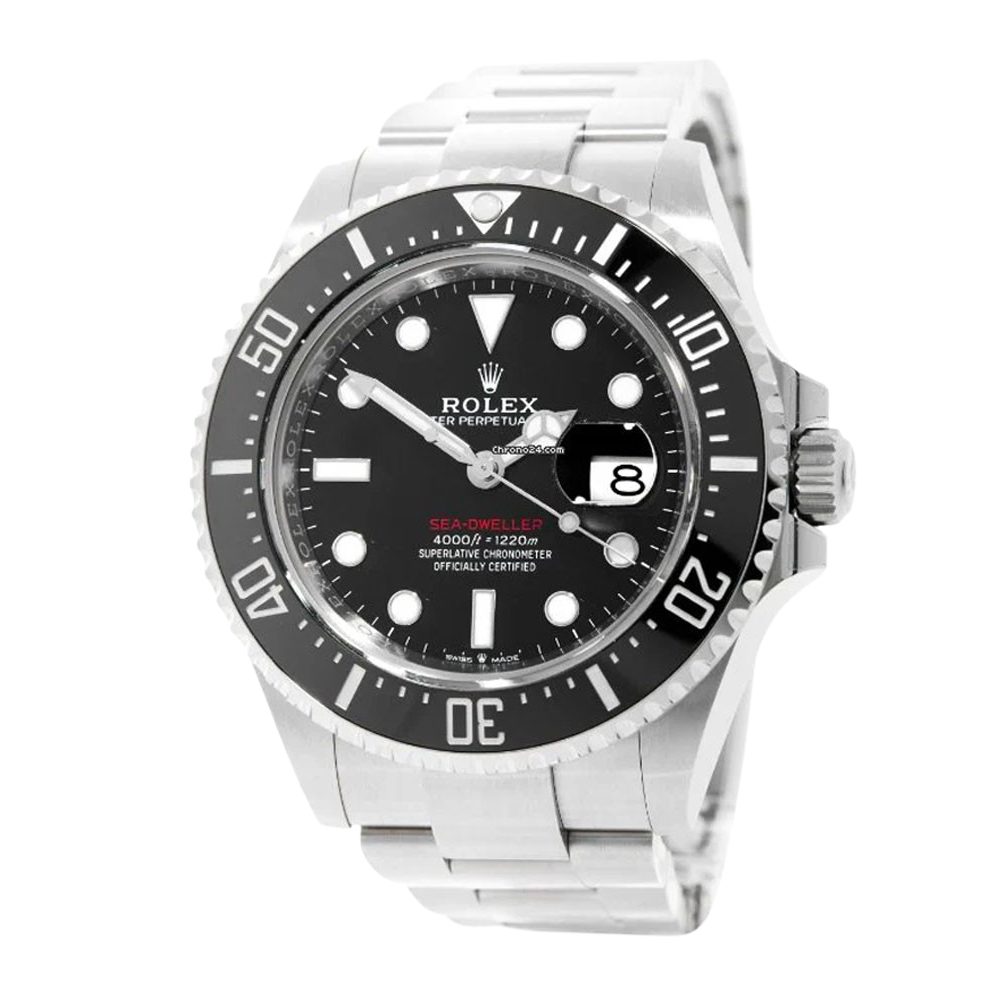