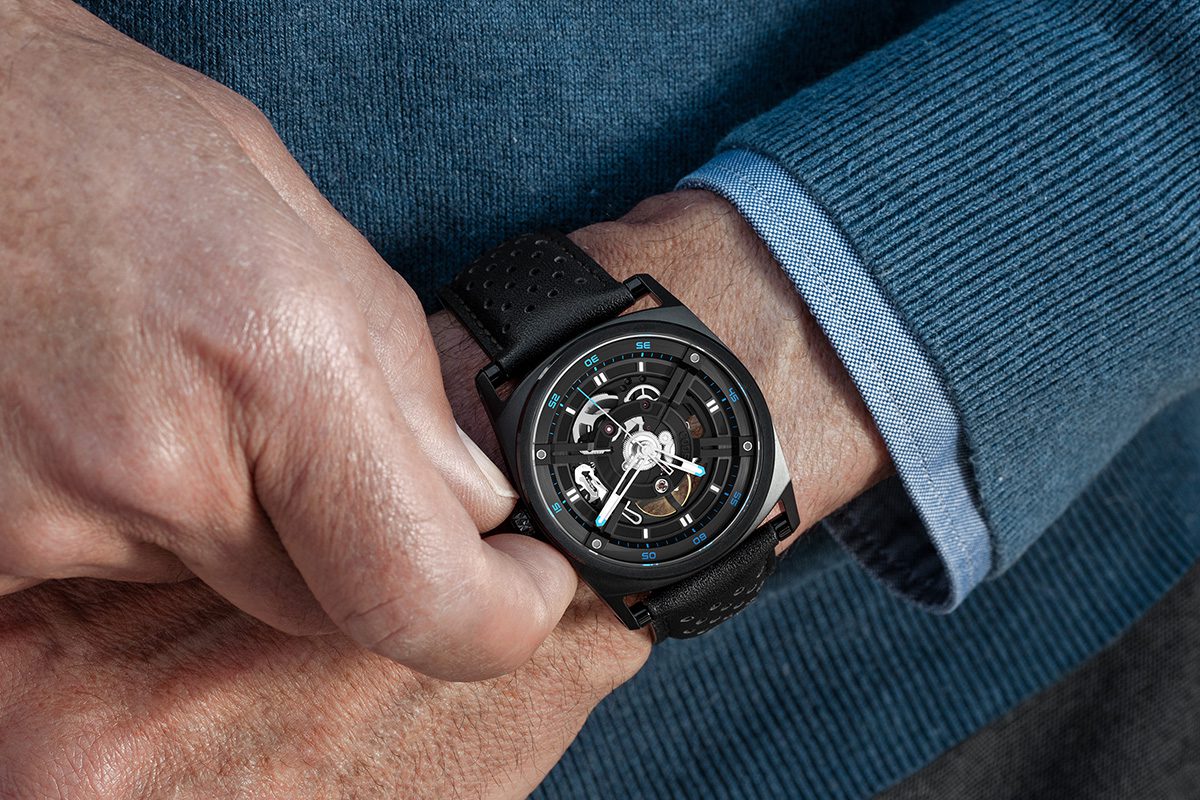 Watch brands tend to fit into one of two camps. There are the big names, owned by corporations with each new launch decided by committee, defined by marketing, and at the whim of boards and budgets. Then there are the independents, who are agile, giving their customers exactly what they want, usually inspired by feedback from their close-knit legion of fans. CODE41 is most definitely in the latter camp and its latest launch, the ANOMALY-T4, is inspired by precisely that fan feedback.

CODE41 was founded six years ago on a remarkable premise: to offer customers a Swiss-made watch at a reasonable price with totally transparency as to the origin and cost of all the parts. It was considered an anomaly. With tongue firmly in cheek, that is precisely what the Lausanne-based brand decided to call its first watch. Three evolutions later, including one actually called EVOLUTION, and the revolution has arrived.

The ANOMALY-T4 is a combination of the best elements of its predecessor, EVOLUTION – 100m water resistance, Luminova-coated indices, reinforced crown, sapphire caseback – but with a redesigned dial that allows you to see the mechanism underneath. “In 2021, the ANOMALY EVOLUTION sparked significant debate, as a number of customers lamented no longer being able to admire the beating heart of the watch from the dial side,” explains founder Claudio D’Amore. “So now we created a new edition with an unobstructed view of the entire movement.”

It’s the dial that really makes this watch a piece that demands attention. The fascinating stepped construction allows the mechanism, a skeletonised Sellita, to be seen but in a playful peekaboo style, with the full view only possible if you turn it over. 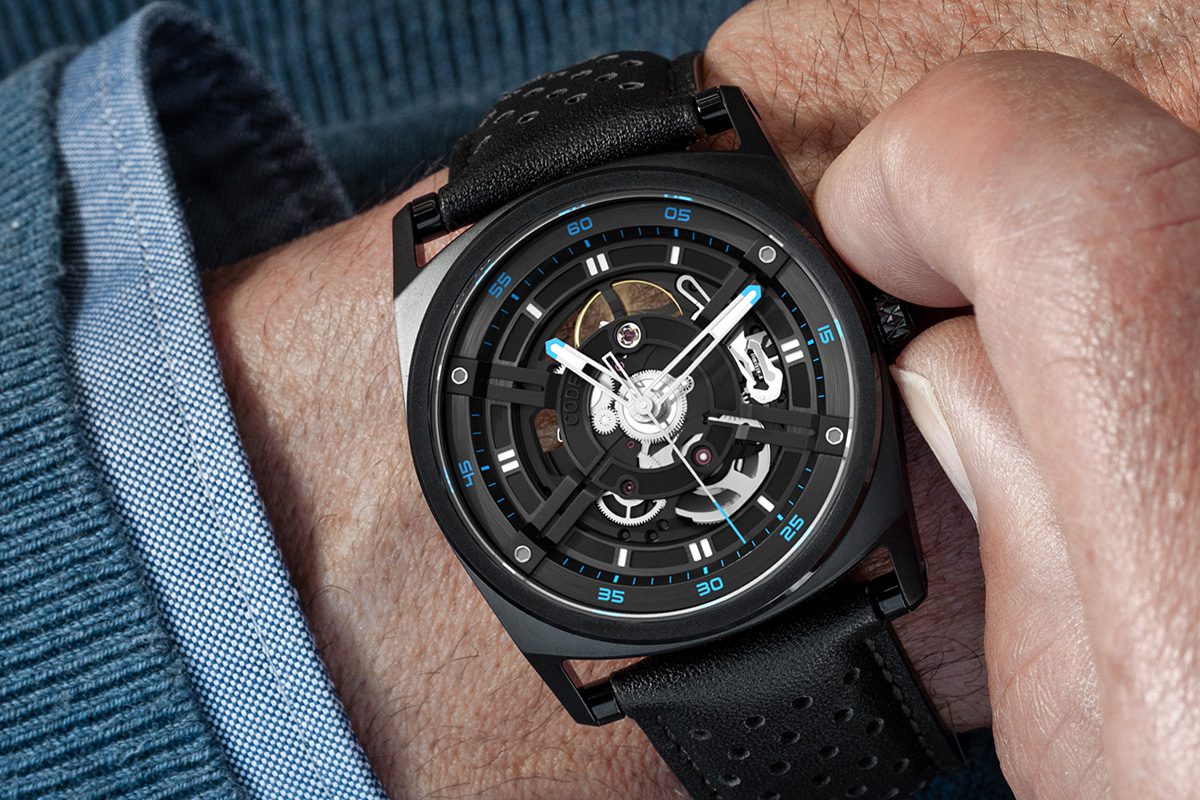 However, that isn’t the most impressive thing about the ANOMALY-T4. While a close second is its amazing price – CHF1,398 – that accolade goes to the material from which it is made. According to D’Amore, CODE41 is constantly working to improve its ecological footprint, offering straps made from recycled materials, such as paper, flax and even calfskin. For the ANOMALY-T4, it decided to make the case entirely from premium quality 100% recycled stainless steel.

To do this CODE41 partnered with Panatere, company that has been gaining a reputation for its innovative solutions in how to manufacture high-quality recycled stainless steel and titanium in an eco-friendly manner. The company is based in Saignelégier, conveniently located in the Swiss Jura near to the manufacturing facilities from which it sources its steel. The proximity of this location helps cut down on carbon emissions from transporting the steel offcuts, sourced from the medical as well as the watchmaking industries, from manufacture to foundry. 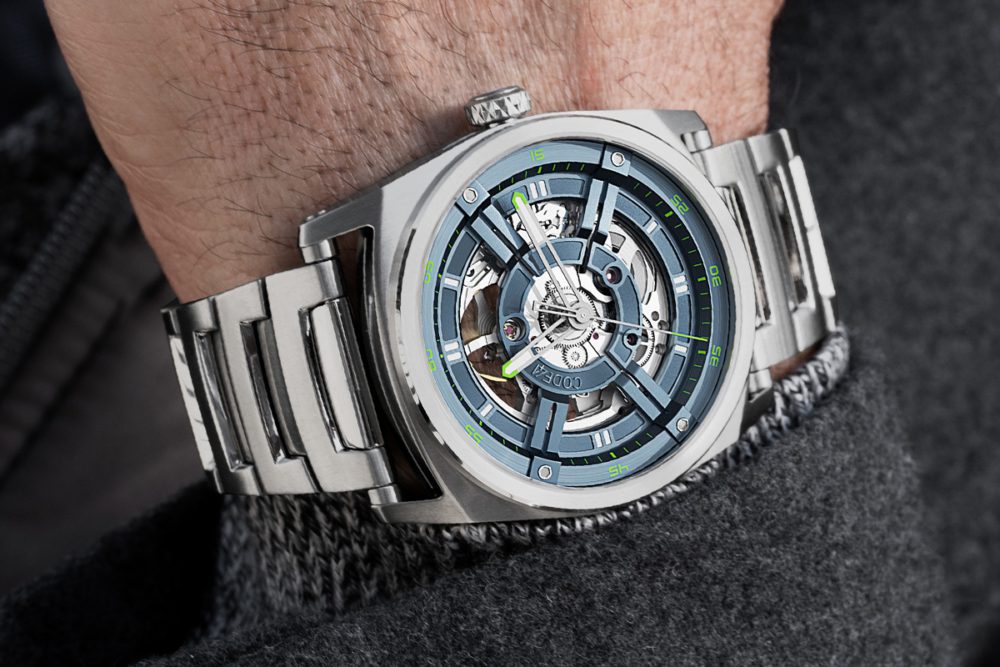 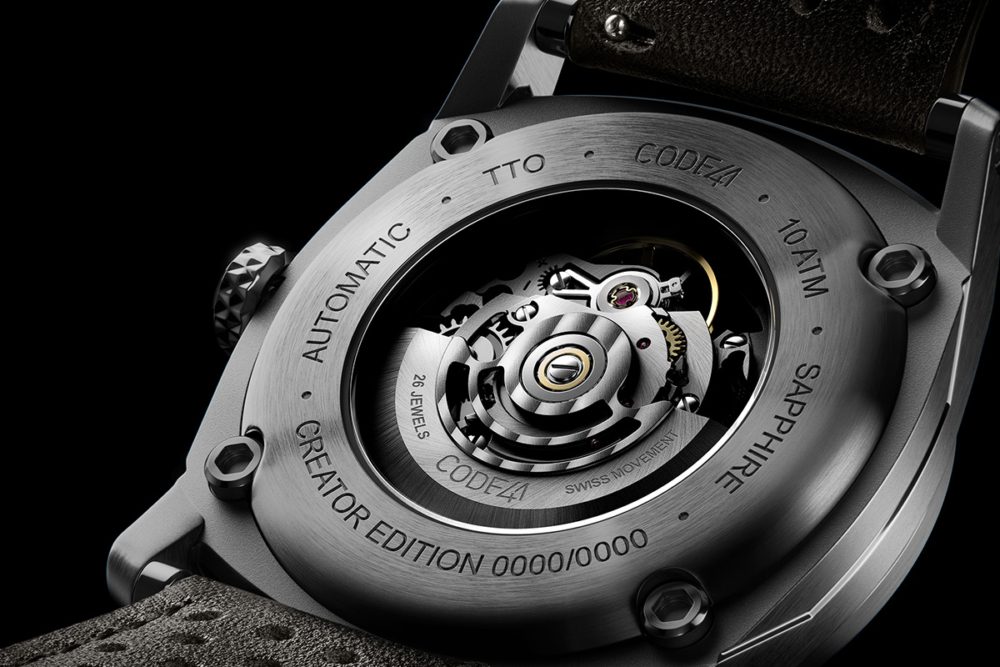 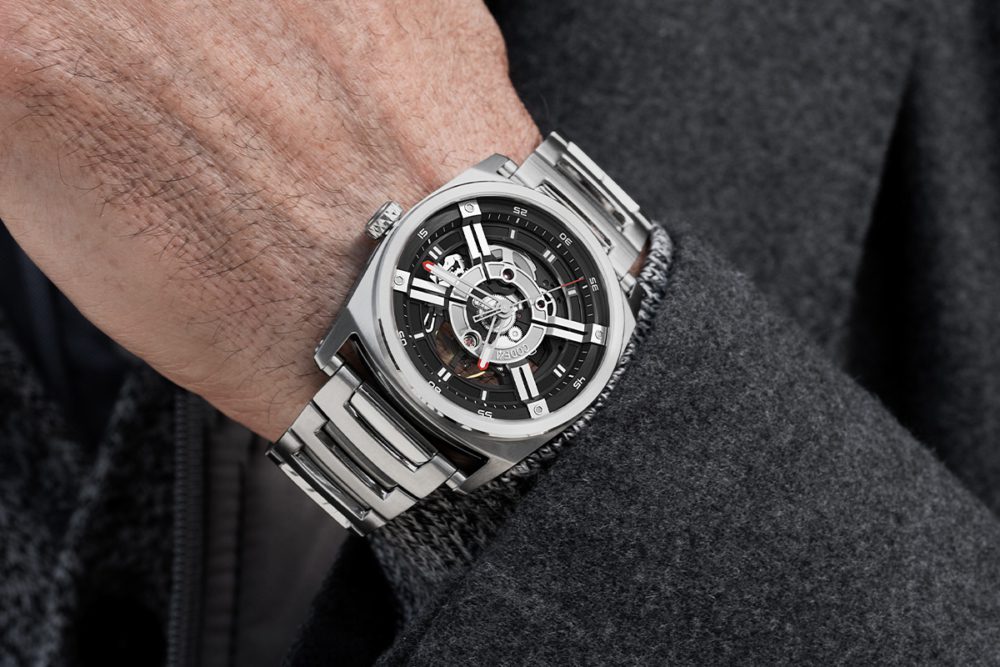 In a culture where greenwashing is prevalent and words like sustainability bandied about with little clarification, Panatere, and by extension CODE41, is a company that really is doing its utmost to find ways to prevent industry damaging the planet.

CODE41 fans were allowed to vote on the colourways that would make it to production for pre-order on June 29. Alongside three understated black and grey models, one with a colour pop of blue on the numerals and hands, is a very smart blue-grey with acid green numerals and hand tips, as well as an on-trend orange and black version, which we predict will be the first to sell out. 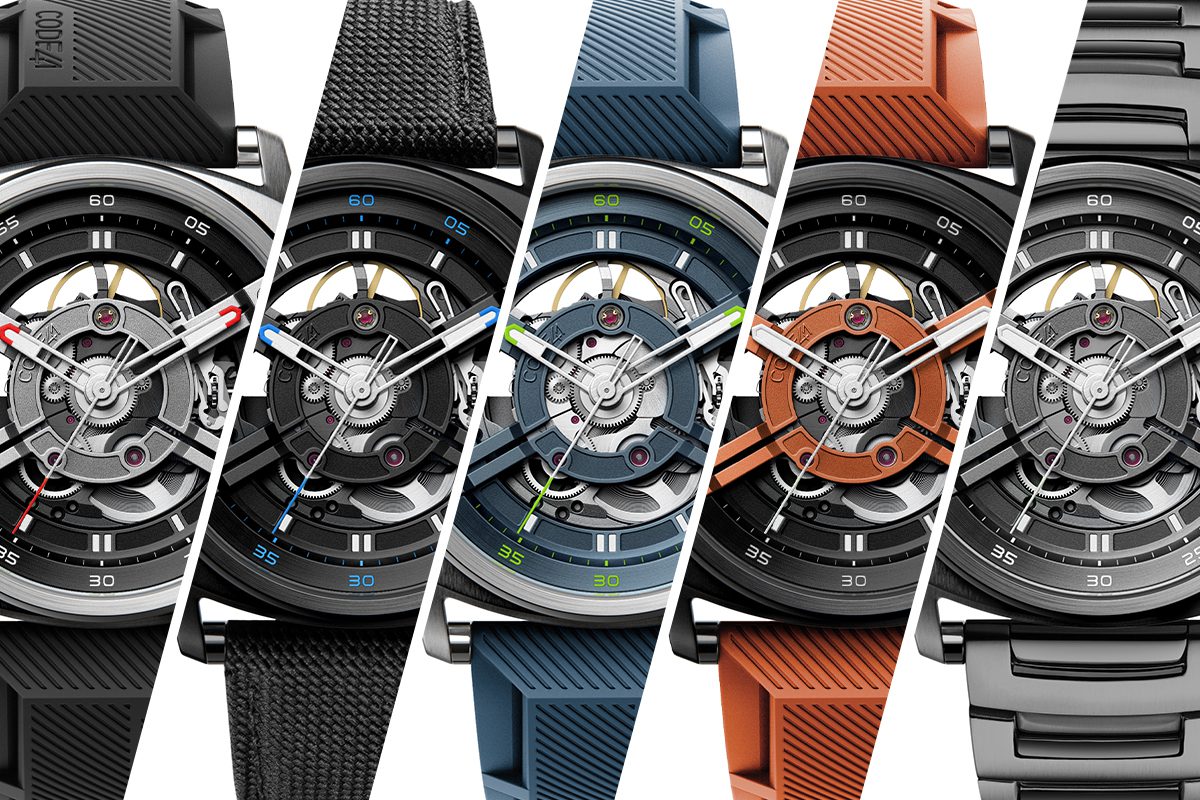 Those who sign up in the three weeks following June 29 will have the privilege of customising their ANOMALY-T4, meaning for just CHF1,600 they will be able to have their own unique version of this incredible-looking watch. As with all CODE41s the run will be limited – just two batches of 600, with delivery in spring and summer 2023 – so set your alarm because you won’t want to snooze on this one.