Michael Benavente does not mince his words. He’s the CEO of the Bulova watch brand. And he calls it all “propaganda”: the sustained marketing effort which ensures that, if you have a watch with a quartz movement (one, in other words, driven by microchip and battery) you aspire to own one with a mechanical movement (one with all those tiny cogs and wheels). And that if you already own a mechanical watch, you almost certain to look down on anything with a quartz movement.

This attitude is, he contends, the product of a deep-seated, reflexive – you might say institutional – fear of quartz. It was the advent of this technology in the last week of the 1960s, after all, that brought about what the watch industry still refers to as ‘the quartz crisis’. This was when this game-changing new Japanese tech, which many of the very high-end Swiss brands now associated with mechanical movements then readily sought to emulate, saw many smaller watch companies go to the wall. 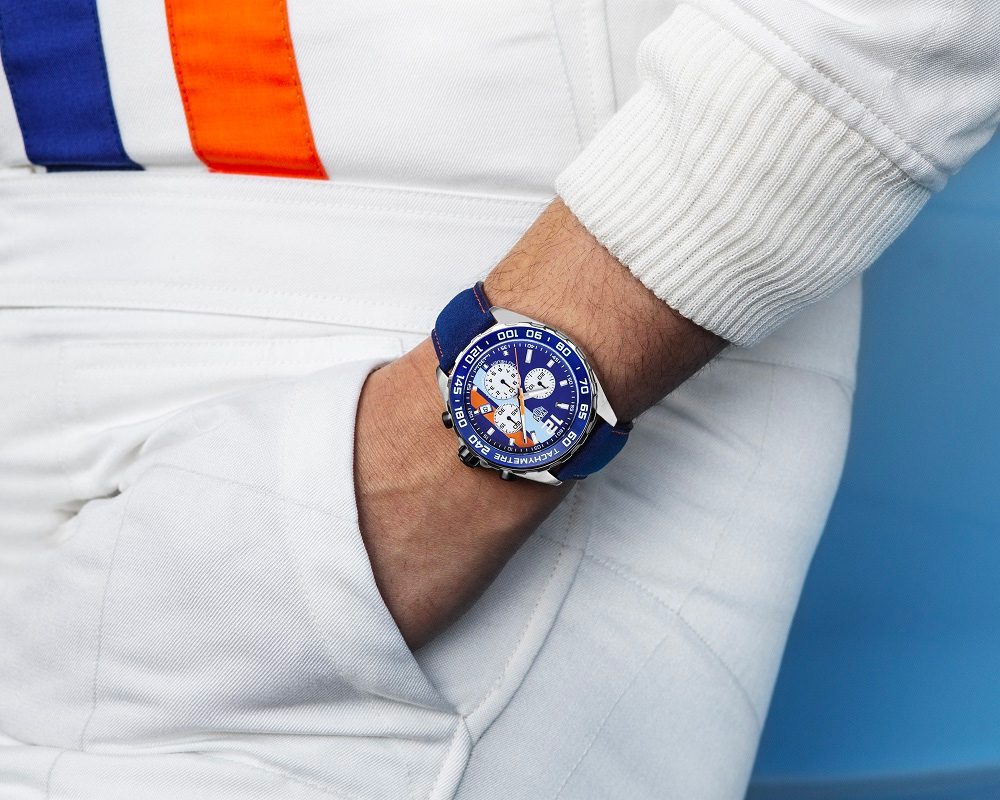 In truth, Benavente argues, there were too many watch companies not making distinctive enough products; the industry needed a good clear out. But, after half a century of retrenchment, the attachment to mechanical movements – and by turns the rejection of quartz – proves impossible to modify.

Well, not entirely. Quartz movements are still used for some models by big guns the likes of Omega, Grand Seiko, Breitling, Piaget and Longines. Even elite independent makers such as Francois-Paul Journe are not so attached to the mechanical movement that they won’t create designs with an electro-mechanical one instead.

What’s the allure? Of course, it’s to benefit from the specific advantages that quartz movements offer: not just slenderness, with the thinnest watch in the world powered by quartz, but accuracy. The battery produces a current in the circuit, causing a literal piece of quartz to vibrate at precisely 32,768 times a second; the circuit counts those 32,768 vibrations and turns them into a one-second electric pulse. Tick goes your second hand. 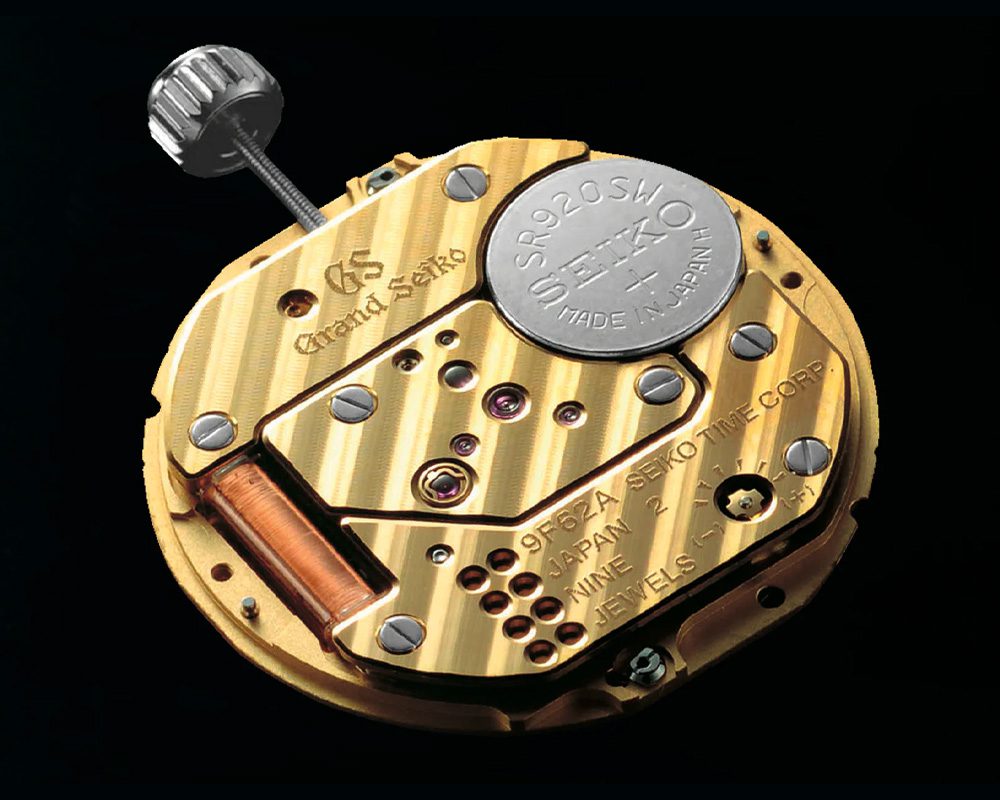 That surely makes the quartz movement a wonder of (relatively) modern technology and design – harnessing the physics that are a property inherent to something found in nature in order to regulate a display is clearly an impressive scientific achievement. Indeed, if the core purpose of a watch is to tell the time precisely, no mechanical watch will ever come anywhere near a quartz one.

The problem with it? It’s cheap. That doesn’t mean the watch that it’s in is necessarily cheap – those aforementioned Omegas and Grand Seikos can set you back thousands. Rather, it’s that the quartz movement is perceived as cheap, because – the technology having matured and become more accessible and affordable, as all new tech eventually does – it can also be found in £10 ‘disposable’, promotional, novelty or children’s watches. That’s a hard image to shake, especially when there’s a powerhouse industry the likes of the Swiss watchmaking business so invested in maintaining that negative perception.

That’s also why some have suggested that quartz needs rebranding: replace ‘quartz’ with ‘electrical oscillator’, for example, as Fears has done, and it suddenly sounds a lot sexier, a lot more appealingly sciency – a spin that the makers of combustion engine cars have also learned to use over recent years. It would be a fast way for us to relearn to appreciate what a miniature marvel the quartz movement actually is. 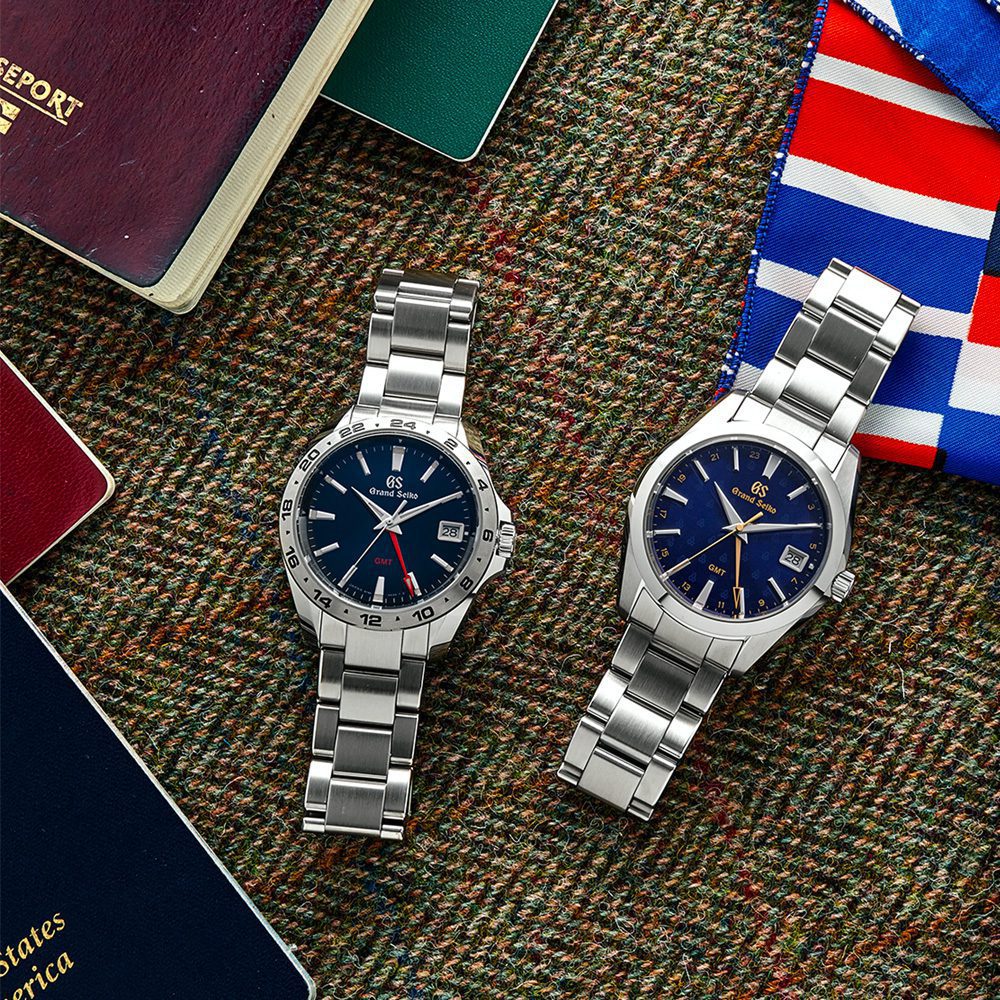 That, of course, is if you really care what powers your watch at all. One of the perplexing characteristics of the Swiss watch industry is just how fixated it is on what happens inside your watch, sometimes at a cost to the design of the case that holds it and the dial that expresses its action. The Swiss watch industry is obsessed with the intricacies of its mechanical movements, on occasion forgetting that, day to day, moment to moment, our relationship with our watches is with the way they look.

In the same way that we may have a romantic attachment to the history of a movement’s maker or to the excellence of its hand-craft, we may also have a romantic vision of those whirring little cogs and wheels beneath. Yet we can’t see any of it actually happening (unless our watch has a viewing window on the back). What we’re really attached to is the look of our watch. And that’s become all the more the case as mechanical watches have crossed the border from the territory of specialist interest into a part of fashion. That, in many respects, was the genius of Swatch – a quartz movement watch that puts all of its emphasis on style. 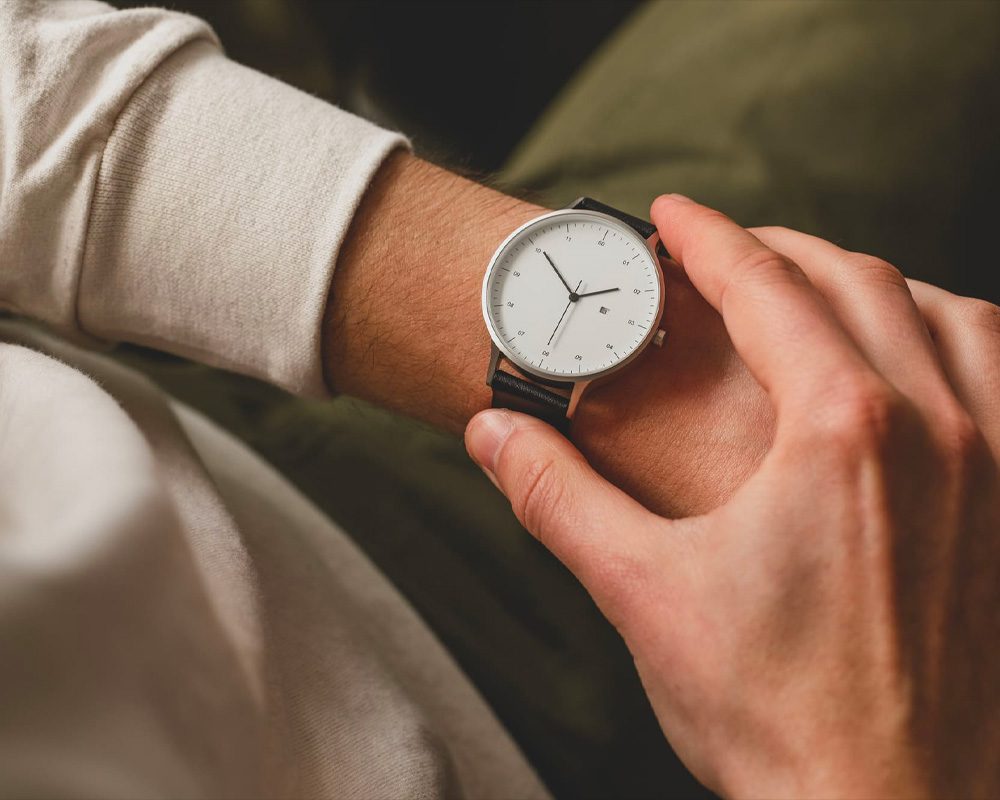 Indeed, just as perplexing is that in almost all other aspects of life, we privilege the most advanced, the most technologically clever. We constantly upgrade and exchange for the newer model. As such, hanging on to mechanical movements in watches starts to look more like nostalgia – and nostalgia tends to be experienced by individuals as a yearning for a time they almost always never lived through in the first place. It’s why some love their vinyl records in the age of streaming, why others love the growl and smell of a combustion engine in the age of electric vehicles. The former are, against the latter, wildly inconvenient, inefficient and cumbersome. But for some they have an ineffable appeal despite all that. Might the same be said about the mechanical movement in watches?

Ironically, with that nostalgia tends to come a heavy dose of snobbery: despite their deficiencies, these technologies are considered in some way superior to their shiny, compact, modern alternatives. There’s a perceived cool to them, an exclusionary clubbiness in their appreciation. The particular problem for watches now though is that technology has taken such a giant leap forward that, beyond perhaps the age-old appreciation for a thing well made, the mechanical watch increasingly looks positively quaint.

Strangely, rather than embrace these inefficiencies, accepting them as a simple fact belonging to a dated technology, there’s an arms race within the high-end watch industry to make ever more precise mechanical watches – that is, in some sense, to compete with quartz. It’s a battle that can never be won. And it’s the wrong battlefield on which to fight in the first place. Yes, it would no doubt be a wonder of the age if anyone could build a mechanical device with something approaching the processing power of a laptop. But what, it would be fair to ask, would be the point? The same differences between mechanical and non-mechanical are, after all, only being thrown into ever more stark relief following the advent of the smartwatch. 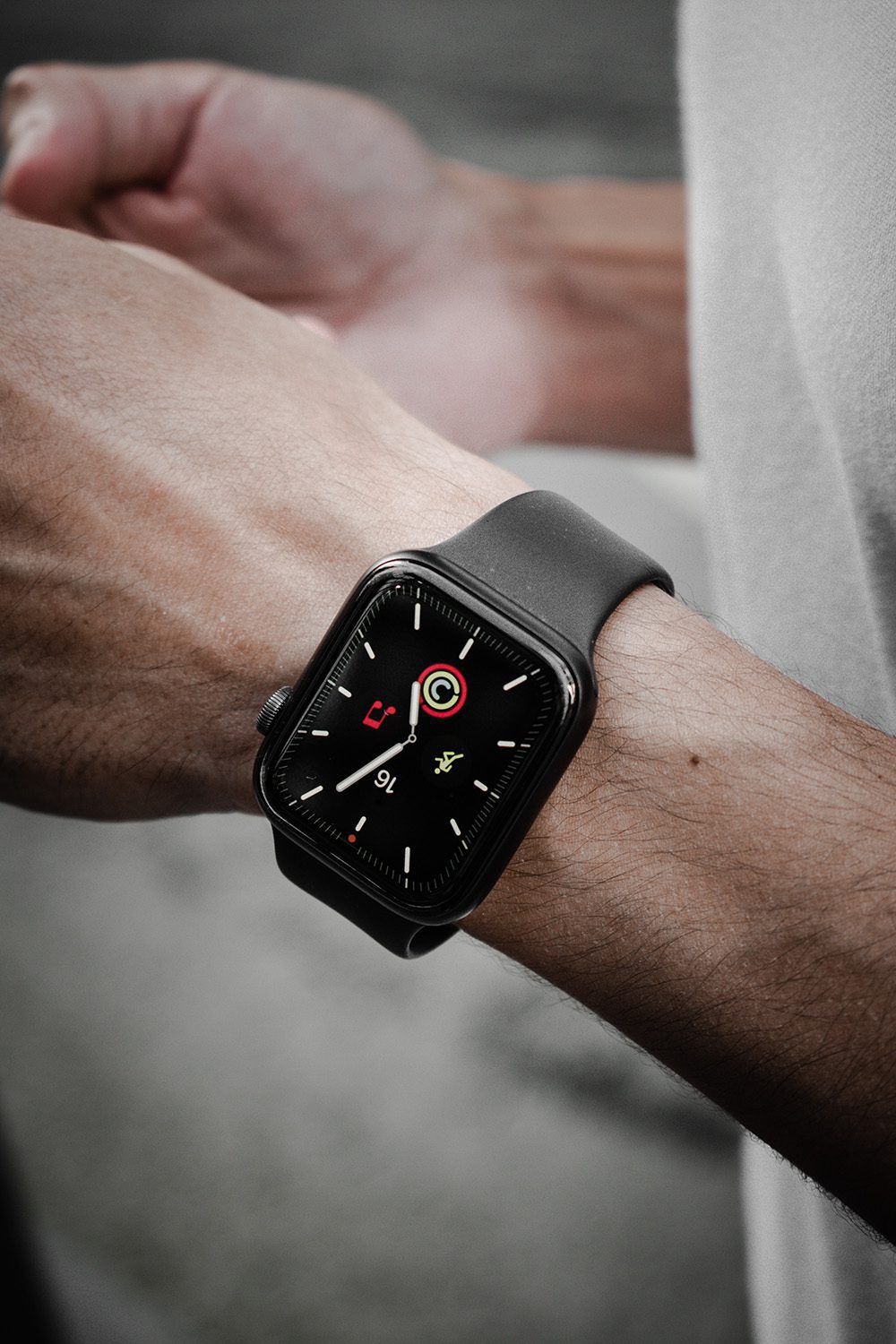 Indeed, it’s interesting how the smartwatch carries none of the same stigma. Why so? Because, in this early phase of their existence, smartwatches embody modernity, as quartz once did. It’s why so many mechanical watch aficionados also wear a smartwatch, sometimes even at the same time.

And therein perhaps lies the answer to this divisiveness between mechanical and quartz: better instead to accept and enjoy both approaches for what they are, rather than to privilege one over the other. And, guess what, this is what many a serious watch collector does already.

As Benevente argues, the idea that people really into watches grow beyond quartz and never go back is pure myth. Rather, the Swiss industry may present the idea that this is what you’re meant to do – graduate from quartz to mechanical as your taste becomes more sophisticated – but in reality there’s another stage in which the watch fan simply appreciates each watch on its own merits. A Patek Philippe, for example, can no more be compared with, say, a Casio G-Shock, than a Rolls Royce can be compared to a Humvee just because they both have four wheels. That’s worth remembering next time you’re tempted to sneer at anything without a sweeping second hand.