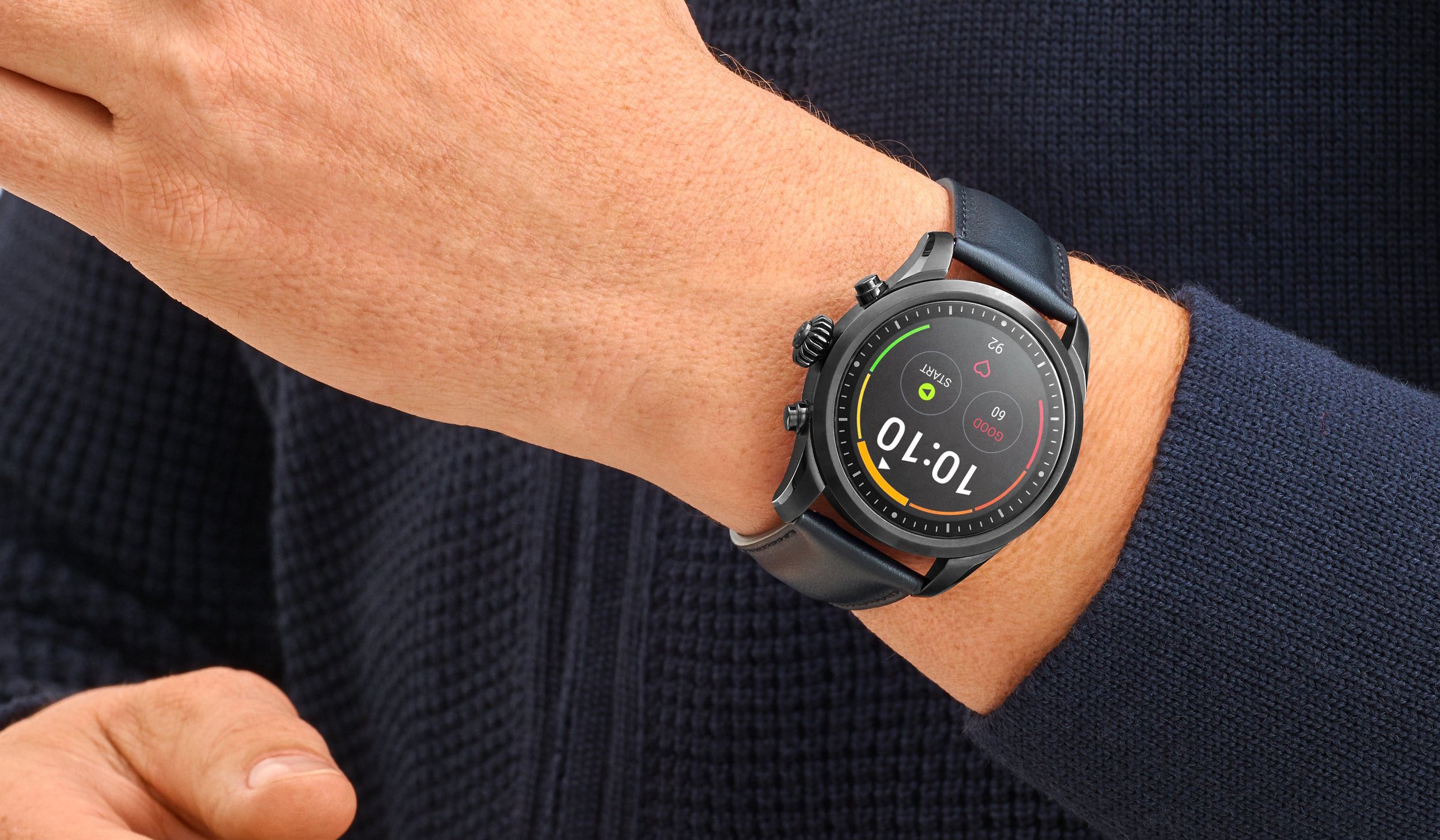 Ah smartwatches, the final death of true watchmaking. The end is nigh! Well, not exactly. In fact, unlike quartz a few decades ago, the watch world has pretty much shrugged off smartwatches, which makes sense; they’re two very different ball games.

On the one hand you have ancient crafts, Swiss artistry and maisons with archives that go back way before Steve Jobs was a twinkle in his daddy’s eye. On the other: wearable mobiles with built-in redundancy, useful for the day-to-day but not exactly a long-term investment.

However, that hasn’t stopped some watchmakers embracing smart tech. While they’re certainly still outliers, brands like TAG Heuer, Hublot and Montblanc have been pretty successful at integrating connectivity and health tracking into their signature cases.

So then, here are the best smartwatches that every watch lover can wear and be proud of. The OG smartwatch. We shouldn’t really need to tell you much about the almighty Apple Watch. It was the biggest wearable tech to hit the market when it first launched back in the halcyon days of 2015 and now that it’s into its sixth generation the tech giant has added yet more bells and whistles onto what’s already a one-man band of everyday life hacks.

Along with the usual host of wellness and fitness apps, the newest iteration can measure your blood oxygen level, includes an always-on retina display and an entire Fitness+ programme. It’s also as sleek and painfully cool as ever.

It’s not a luxury smartwatch in the same way as the others on this list, but if you’re more tech-oriented, we wouldn’t go for anything else. Most of the time TAG Heuer’s uber-luxury take on the fitness wearable is smarter than a MENSA tuxedo, but its latest edition has taken the Swiss-made bones of the Connected, swallowed a moving mushroom whole and draped the whole thing in the signature red of Super Mario.

At its core, this is the same Connected that we’ve seen for years, with all the fitness data any gym-obsessed fit freak could dream of. As well as the aesthetic tweaks however, this edition ‘gamifies’ the whole experience, with the world’s most famous plumber showing off a series of different animations according to how far through your fitness goals you get. Want to see him jump out of a pipe? Best hit 50%. Grab an invincibility star? That’s your 75%. At 100%, the diminutive Italian will climb a goal pole and you’re done for the day.

Whether it’s too much of a novelty to warrant it’s price tag is definitely a debate to be had, but as far as we’re concerned 2,000 pieces is nowhere near enough. That’s a smaller run than the NES Classic (and maybe worth as much in years to come). If TAG Heuer hinted that a luxury connected watch could work, Hublot proved it with its football-oriented Big Bang E, which offers the over-the-top proportions of the base Big Bang case with plenty of smart tech.

The latest hams up the ties between Hublot and the beautiful game more than ever before with the Big Bang E Premier League limited edition. It’s draped in the league’s signature purple livery, but also includes a dedicated app to keep track of match times and live scores on the wrist. It even drills deeper, with team line-ups, VAR decisions and countdowns to the next fixture, giving you enough time to get to the nearest pub.

At £4,300, it’s one of the priciest smartwatches out there – but unlike the Super Mario TAG it at least takes itself seriously.

Buy not at Watches of Switzerland One of the subtlest smartwatches around. If it weren’t for the heart rate count at 6 o’clock, you’d be forgiven for assuming it was yet another elegantly accessible mechanical piece from the Citizen-owned Frederique Constant. Therein lies the charm. Want all the functionality of a fitness gadget with the looks and three-dimensional dial of classical horology? This is the one for you.

Because of that, don’t expect to find yourself texting on the watch face. It does indeed link to your phone, but the Vitality is more for keeping track of data than actually interacting with the rest of your tech. For watch lovers that just want to log their daily exercise though, that’s about perfect – and you don’t even need to switch watches between business meeting and the gym.

The vitality is available in a few different variations but for our money the blue-dialled version on a bracelet is the most handsome. Either way, it’s £800 – £900 well spent.

Buy now at Mappin and Webb Launched a fraction after the TAG Heuer Connected, the original Summit never really hit the heights it was climbing for – something that Montblanc hoped to change with the more elegantly-attired second edition.

There are actually two distinct versions of the Summit now: the Lite, which is a lot sportier and digital-forward; and the Summit 2, the one you should actually be interested in. The latter has the big crown and chronograph pushers of a classic Montblanc with a screen detailed enough to imitate a physical dial, at least from a slight distance. It’s lightning quick with a Qualcomm Snapdragon processor and has the kind of finishing you’d expect from the TAG Heuer Connected, at a fraction of the price.

Honestly, for under £900 this is among the best value smartwatches here in terms of quality and horological heft. And it’s by far the most handsome of the lot, no matter which metal finish you opt for. Back in the five minutes the author decided to get fit back at the beginning of the year (don’t worry, it didn’t stick) this was the smartwatch they opted for. Essentially it combines the sleek, fitness-forward outlook of the Active with the beefier proportions and rotating bezel of the base Galaxy Watch. That bezel is worryingly satisfying to use, especially if you’re a touch clumsy with your lockdown-swollen digits these days.

It’s still svelte enough to run with and feels comfortable on the wrist. While it’s not as densely packed with features as the Apple Watch – not much outside a Silicon Valley supercomputer is – it’s a little more specialised and, perhaps most saliently, a damn sight cheaper.