Rewind a decade and if you mentioned English whisky, then you would have been laughed out of town or had a funny face pulled at you. But what began as a quiet revolution in a corner of Norfolk has since gained some serious pace and spread to all four corners of the country.

New distilleries and their releases are starting to make people sit up and take notice, with some already becoming highly collectable. Here we take a look at eight of the leading runners in the ever-expanding field of English single malt. One of the keys to the success of English whisky has been that many have not followed the Scottish model for whisky making. This means distillers are thinking outside of the box and Blackpool’s Bankhall is a prime example of this.

Sweet mash spirit is made in single batches through three copper pot stills using corn, rye and malted barley. The result: a bourbon-style spirit produced in one of the UK’s biggest seaside resorts. They are also experimenting with other styles such as single malt and rye whiskey.

Only one release to date, the eight-month-old Rebellion, but definitely one to watch for future bottlings. Tucked away on an industrial estate in west London is Bimber. Meaning ‘moonshine’ in Polish, the distillery has started to gain serious attention from whisky fans. Traditional processes are followed with barley coming from a single farm in Hampshire, which is then floor malted in the historical way.

Following its first single malt release in 2019, Bimber’s whiskies have won many awards. All single cask or small batch, they are also extremely valuable on the auction market with collectors. Bimber is doing so well in fact that expansion is planned with a distillery in the Speyside region of Scotland. If you had to pick somewhere for a distillery in England, then the scenic Cotswolds would be near the top of the list thanks to its central location, which makes it perfect for visitors from all over the country. One of the earliest to appear in the second wave of English craft distilleries, the Cotswolds has gained much recognition in a short space of time. Experimentation with different cask types has driven this. Another scenic location, this time on the edge of the Dartmoor National Park in the southwest. The Dartmoor distillery can be found in the converted Old Town Hall in the small Devon town of Bovey Tracey, making it a great place to visit.

Production began in 2017 with spirit made using only local barley and Dartmoor spring water. This is then distilled through an old reconditioned alembic still from Cognac in France.

To date only a handful of single cask whiskies have been released, which have shown plenty of promise. These include maturation in ex-bourbon and Oloroso sherry casks, plus red wine barrels from Bordeaux. The Lakes distillery has arguably the most stunning location of any in England. Sitting close to Bassenthwaite Lake in the famous Lake District, this is as close to Scotland as you get in terms of landscape.

Innovative and experimental, the Lakes has been releasing a string of award-winning limited edition single malts since the first was launched in 2018, growing to become one of England’s largest whisky distilleries on the back of that success.

They have recently branched out to do collaborations with retailers such as Harvey Nichols and Master of Malt. Look out for their superb range of blended whiskies, named The One. 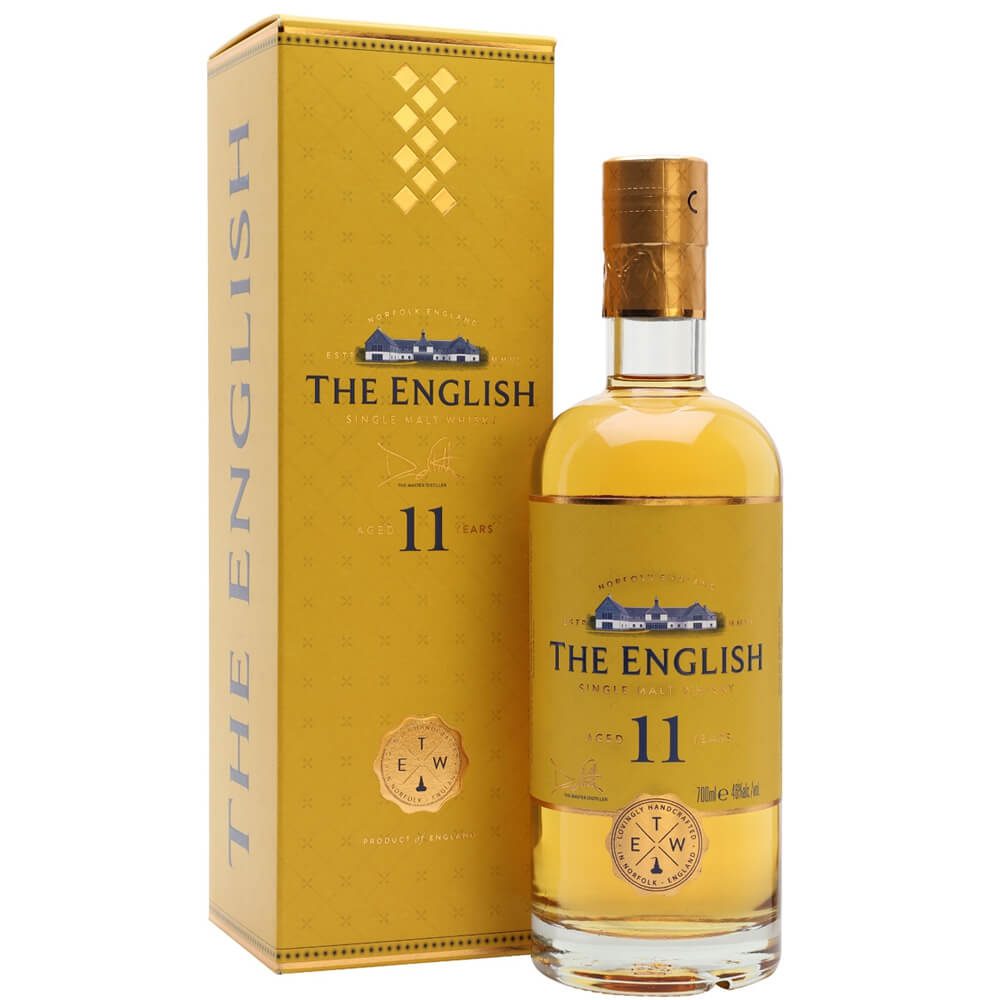 These original pioneers of the whisky movement in England appeared almost a decade before anyone else. Most people thought the father and son co-founders were mad back in 2006, but they made St. George’s in Norfolk the first distillery to make English whisky for over a century.

Traditional in style, their single malts slowly began to catch the attention of whisky fans after the first bottling in late 2009. Since then, St. George’s whiskies have gone from strength to strength. The core expressions – The English Original and The English Smokey – are often joined by experimental small-batch releases using different cask types. 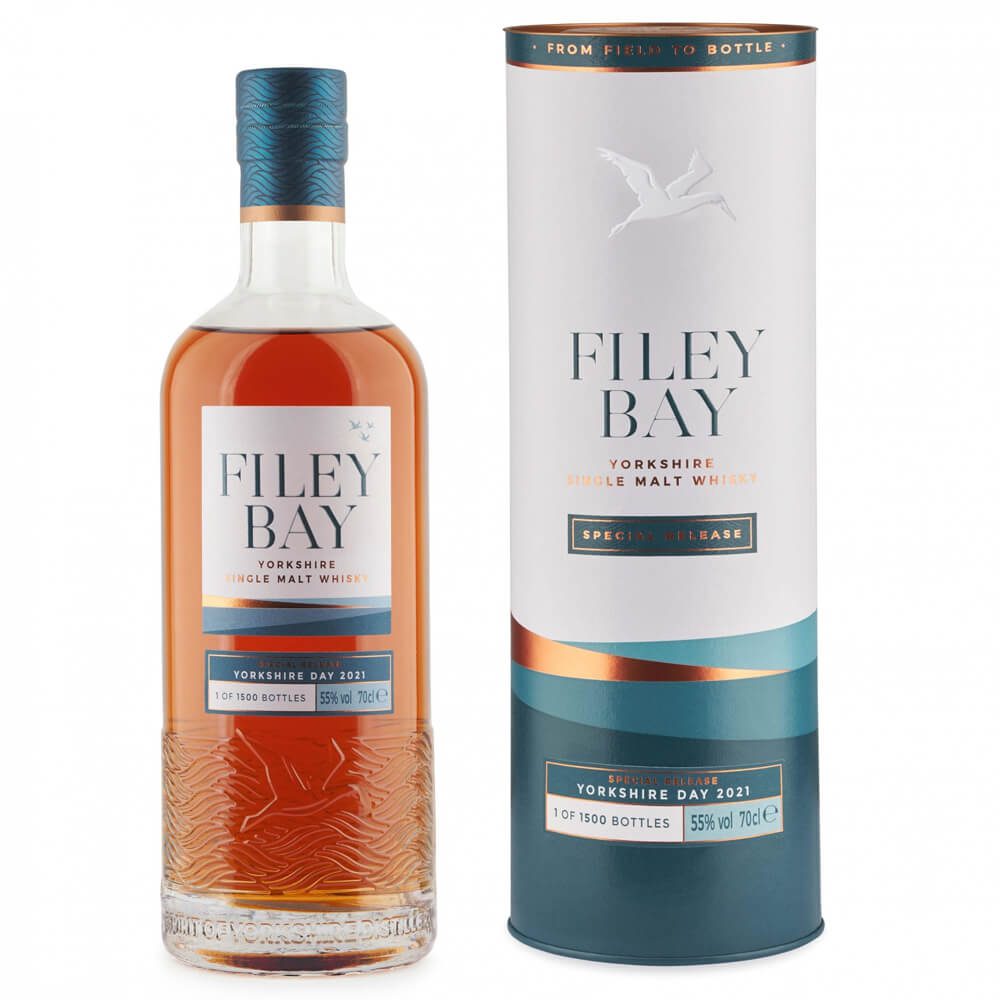 The village of Hunmanby, sitting near the coastal town of Filey, is home to Yorkshire’s first-ever single malt whisky distillery. Growing out of a nearby brewery, the distillery is operated using only barley grown on the co-founders’ farm. They have filled over 2,000 casks since production began in mid-2016.

Early limited and small-batch releases helped the distillery gain interest amongst whisky drinkers, but things have really taken off following their first official single malt release in late 2019. A number of editions of Filey Bay, named after a local beach and beauty spot, have followed to much acclaim. Another distillery is a gorgeous location – hidden away in a renovated iron forge on the banks of the River Derwent within the stunning Peak District, another region of England where whisky had never been distilled.

White Peak was founded in 2017 and born from a dream to make whisky and other spirits in Derbyshire. The distillery has also established itself at the heart of its local community and initiated projects to conserve woodland and waterways in the area.

The eagerly anticipated first whisky is expected to appear in late 2021, which follows smaller releases of new-make spirit and 18-month-aged spirit. In the meantime, you’ll have to make do with its superb Cask Aged Rum.