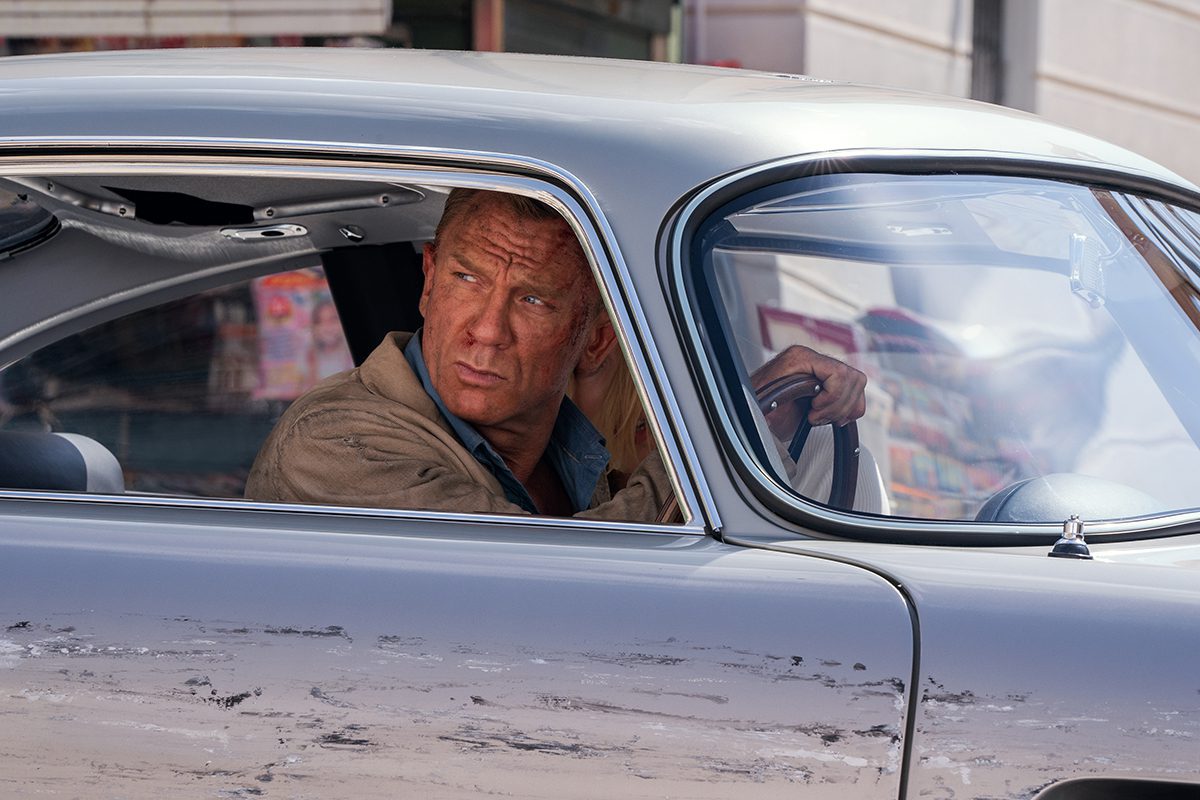 The cinemas are open and you need to go back to them. Not for their sake, although it’s important to help an industry hammered by the pandemic, but for yours. Trust us, you need to be reminded what it’s like to go to the cinema. Those feels. That space. Big films deserving of big screens and the requirement to shut off from the outside world as the art of cinema is blasted into face and mind.

Every year a truly colossal film arrives and it’s absolutely essential to watch that film, big. Watch that film as big as you can possibly see it. There are a few of those films in this round-up so give your imagination a free pass and your eyeballs a workout. We’ll get the popcorn.

If you’re looking for the aforementioned colossal film of the year, look no further. We’re in The Dark Knight, Avatar, Endgame territory with Dune. The 2021 adaptation of Frank Herbert’s iconic 1965 novel is set to be a world away from David Lynch’s infamous 80s version, with blockbuster visuals that will be lost on anything smaller than the biggest of cinema screens. Directed by Denis Villeneuve (Bladerunner 2049, Arrival, Sicario), the person you ideally want on directing duties for a project like this, its megawatt cast includes Timothée Chalamet, Oscar Isaac and Jason Momoa. The story sees Chalamet’s Paul Atreides, whose family own the dangerous desert planet Arrakis, face off against the rival Harkonnen empire who want to colonise the planet for its priceless resource. It’s going to be all kinds of massive.

The Many Saints of Newark

Early reviews of The Sopranos spin-off have been promising so we can all breathe a sigh of relief. The film chronicles the formative teenage years of one Tony Soprano. Set against the backdrop of warring New Jersey gangs, the story follows the relationship between Tony and his revered uncle Dickie Moltisanti, the father of Christopher Moltisanti in the series. David Chase, who created the original series, is on directing duties, while James Gandolfini’s son, Michael, steps into his father’s shoes to play the lead role.

It’s been too long since we’ve had a Wes Anderson film, the last being his masterful animation Isle of Dogs in 2018. His latest, which fields a trademark ensemble cast including Bill Murray and Timothée Chalamet (he’s everywhere this year) is a loveable ode to newspapers, telling the story of the French office of a fictional newspaper. The film is reportedly a love letter to The New Yorker and many of the fictional events in the film nod to stories that have featured in the magazine. The film was written in collaboration with Roman Coppola and the design, as is the case for all Anderson films, will be recognisable from the first second.

No Time To Die

Daniel Craig’s last Bond. After 15 years wearing some of the best clothes known to man and completely revolutionising one of cinema’s most iconic roles, James Bond as we know him is hanging up his boots. But not before one final shootout as he faces off against Christoph Waltz’s Blofeld and Remi Malek’s Lyutsifer Safin. Craig rejoins the likes of Lea Seydoux’s Madeleine and Ben Wishaw’s Q, while Lashana Lynch joins the cast as a new double-0 agent. The film was one of first cinematic casualties of the pandemic, but we knew James Bond would make it through to the other side. He always does.

It feels like a while since we’ve had a biggie from Marvel. Of course we’ve had the supporting cast in series-form over the last year and a half – Loki, The Falcon and the Winter Soldier, WandaVision – but as essential as they are to the wider story (that’s our only gripe with Marvel, to fully understand you need to consume everything) they don’t provide that blockbuster hit that the likes of Endgame did. Eternals is the closest you’ll get this year and kickstarts Phase Four of the MCU. Chloe Zhao (Nomadland) is in the director’s chair for a comic-book epic that introduces the Eternals, an alien race sent to protect earth against the Deviants, who definitely sound like wrong ‘uns. Angelina Jolie, Gemma Chan, Richard Madden and Selma Hayek star.

Another reboot, not to be confused with the 2016 reboot which this film will, conveniently, completely ignore. Ghostbusters: Afterlife follows in the footsteps of the original two films with (rumoured) parts for Bill Murray and Dan Aykroyd, and starring roles for Paul Rudd and Finn Wolfhard. After a single mother and two children move to a decrepit farmhouse in Summerville, Oklahoma, they soon find evidence of their grandfather’s part in the original Ghostbusters and must use his equipment to get to the bottom of spooky goings on in the town and beyond.

Another reboot coming in hot. Maverick is back and he’s dodging retirement in order to continue testing the limits of himself, his planes and the top brass as the world’s most fearless combat pilot. Little does he know, one final mission will force him to confront his past and face his hardest challenge yet. Tom Cruise reprises his iconic role alongside new faces Miles Teller and John Hamm.

Spoiler alert: the last time we saw Spider-man (Tom Holland), he was in Times Square having his identity revealed in Spider-Man: No Way Home. In No Way Home, our friendly neighbourhood superhero is faced with a new world that knows who he is and what he’s done. In a bid to turn back the clock and change what has happened, he pays a visit to Doctor Strange (Benedict Cumberbatch) with dimension-shattering consequences that the two must overcome.

You can expect two big dramas from Ridley Scott this year, both of a particular vintage. The first, The House of Gucci, will tell the turbulent story of fashion royalty Patrizia and Maurizio Gucci and this, The Last Duel, will be set a little earlier in history. Matt Damon and Ben Affleck write and star in the story of a knight (Damon) avenging the sexual assault of his wife (Jodie Comer) by his best friend (Adam Driver). The film is based on the last legally sanctioned duel in France.

Lots of wonderful fanboy pastiche emanating from the trailer of Edgar Wright’s Last Night In Soho. Lots of swinging 60s mod vibes as Thomasin McKenzie plays a fashion student transported back in time and into the body of an iconic nightclub singer called Sandy (Anya Taylor-Joy). Matt Smith of The Crown and Doctor Who fame also stars in what will undoubtedly be a stylish and cinema-loving ode from Wright, with enough psychological horror to keep you on your toes.

Neo (Keanu Reeves) is back but not as he or we know it. Living a seemingly ordinary life in San Francisco, he’s not aware of the Matrix and doesn’t even recognise Trinity (Carrie-Anne Moss), who’s also back. That doesn’t last long, of couse. Soon, he’s being offered red and blue pills again and pulling us back into genre- and reality-bending world of the original trilogy. The trailer also suggests some smart nods towards a post 5G world and the trappings of connectivity.

7 Design Classics That Would Upgrade Any Home