Produced in South East Asia and India, oud is the highly-prized ingredient that’s been used in perfumery since ancient times. Its application in Western perfumery has grown exponentially over the last 15 years or so, initially to appeal to wealthy visitors from the Middle East, and now to service increasing interest from a growing audience who have learned to appreciate its unique, love-it-or-hate-it charm. If you’ve ever been to Dubai, or walked the ground floor at London’s Harrods, it’s a pervasive scent that wafts in the air. Oud is the essence from the Aquilaria tree. On its own, the wood from these trees has little scent or value. But, with the presence of a fungal infection that sounds a bit like a Hogwarts spell (Phialophora parasitica, to be precise), the tree produces aloes, a dark, smoky resin. Over time, this produces blackened agarwood, or oud, which can be burned like incense or distilled into an essence.

Like everything in the natural world, oud reserves are finite and becoming increasingly scarce. To meet surging global demand, trees are now cultivated and artificially infected, along with synthetic versions that also do the job. Which means the real deal can sell for astronomical prices, pushing up those parfum price tags.

Arabian Oud has three locations across London, and it sells the raw wood chips for incense by the gram. The finest grade, from India, costs £3oo for 12g – or to put it another way, £25,ooo per kilo. We’ll never look at mouldy old wood in the same way again…

The Rise Of Oud Fragrances One of the reasons the ‘wood of the Gods’ is so popular is that it exudes a rich, exotic and animalic (a hint of farmyard funk) scent that holds up surprisingly well in the heat. Unlike the transient top notes of your typical citrus-herbal cologne, oud has real staying power and pairs exceptionally well with rose and spices. Your choice of fragrance depends on whether you like your oud to be the front man, part of the harmony, or the backing singer.

So, as the weather heats up, you might want to add a deep, velvety oud to your collection. Before you part with a lot of money, our golden rule is to test on the skin, sleep on it, and then sample it again to be absolutely sure it’s the right one. From the Signatures of the Sun collection, Oud & Spice takes its oud from Laos, which is renowned for its smoothness and balance. While pure oud can be a bit overbearing, this artful blend fuses top notes of bergamot, rose and raspberry, and spicy cinnamon and clove to offset the oud and the warm, musky base of oud, patchouli and cistus labdanum. Sweet without being cloying, the blooming floral offsets any heaviness from the oud and it’s a big performer so you don’t need to go overboard on the application. No edit would be complete without an entry from Tom Ford’s Private Blend, Oud Wood. Launched as part of the original Private Blend collection in 2007, it remains one of the bestselling Tom Ford colognes.

Incense, sandalwood, rosewood, rare oud and amber make for an addictive combination. With a scented soap bar, shower gel, body spray and beard oil, you can slather yourself from head to toe in this aura of sacred temples like a true member of a cult. This pink-hued oud is from La Collection Privée, which is harder to sniff out in store compared to main line Dior scents. Luckily they offer a free trial service when you order it online.

Oud Isphanan is a heady floral oud that comes up smelling like Damascus roses, smoky sandalwood, cedarwood, labdanum, patchouli, frankincense and saffron. This oud is a head turner, and it has a animalic edge of something a little bit dirty and funky, in a very good way. Oud Nomade is a smooth, enveloping and long-lasting scent made with four main ingredients: oud, benzoin, raspberry and smoky incense. Perfectly balanced, the oud shines through without dominating.

This is LV, so the shopping experience is second to none. Order online and you get a free tester, so you can send it back in the event it doesn’t suit (it will). The bottle is refillable in stores equipped with a perfume fountain, and you can get your initials engraved in gold lettering on the front to make it your own. Creed created this regal oud after many requests for an oud from customers. Royal Oud is an amber fougère that uses pink pepper, lime and bergamot galbanum to create a sparkling opening, followed by a spicy heart of angelica seed, cardamom, cedar wood and clove, over a musky base of frankincense, gaïacwood and Vietnamese oud.

While the oud itself is less pronounced, it’s an absolutely beautiful scent. The fact that it contains another impossibly rare ingredient, ambergris (or sperm whale poop), makes it pure luxury. With no less than 18 individual oud-based scents in the collection, our pick is Aoud. Ever the maximalist, Roja Dove scents feature a lot of ingredients and Aoud is no exception, with 20 entries consisting woods, spices, citrus, florals and ambergris (the old whale poop again – OK, so technically it’s not. It’s a different substance that forms in the gut, but it exits the same way).

The top notes are lemon, bergamot and verbena, but the main impression comes from the lushness of the Rose de Mai, which then reveals the leathery, smoky oud aspect.

Before you balk at the price, you can get 7.5ml for the more reasonable sum of £60 – use it wisely/sparingly. Like everything Byredo, there is nothing typical about Oud Immortel, so don’t expect a big hit of oud as the name might suggest.

At first the agarwood is hidden beneath green moss, smoky woods, patchouli, papyrus and tobacco leaves, which gives an earthy, intriguing impression that reveals the oud in the dry down. Dunhill’s Signature Collection features a dedicated oud, with interesting, unusual notes of salt, Timur pepper, fresh ginger and bergamot in the top; black iris, saffron flowers, violet leaves and blue cypress in the heart; and a base of suede, rich oud, mastic absolute and tobacco. Combined, it makes for a powdery, smoky leather scent. Another Royal Oud, this time from the house of Armani. This scent captures notes of agarwood, saffron, rose, incense, amber, myrrh and sandalwood.

There’s sweetness from the saffron and amber in the opening, while the rose takes more of a back seat. Rich and silky smooth, it’s very easy to fall for this oud. If this scent doesn’t leave you speechless the price certainly will. Perfumer Carlos Benaïm took the reins on this one, and he didn’t pull out any stops on the quality of the oud. It combines Turkish rose oil and pink pepper, Turkish rose absolute, olibanum, oak moss, vetiver and labdanum, along with the star ingredient, Oud 100, and promises a deep, incense that will literally take you to church, in more ways than one.

You’ll only have to sell a single kidney to be able to buy it. 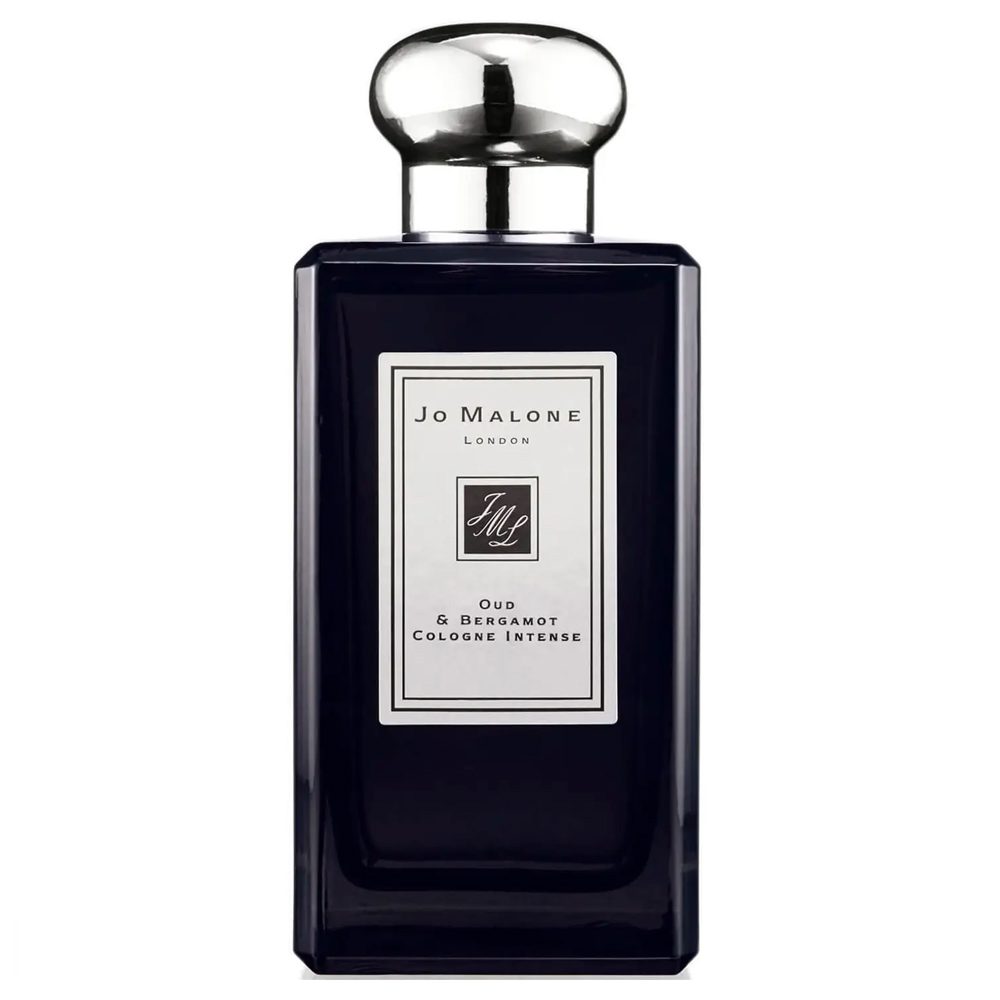 With the bright citrus aspect it’s a refreshing take on oud; the only downside is that it doesn’t last quite as long on the skin.

As with all Jo Malone scents you can layer it, making it warmer or fresher depending on your mood. 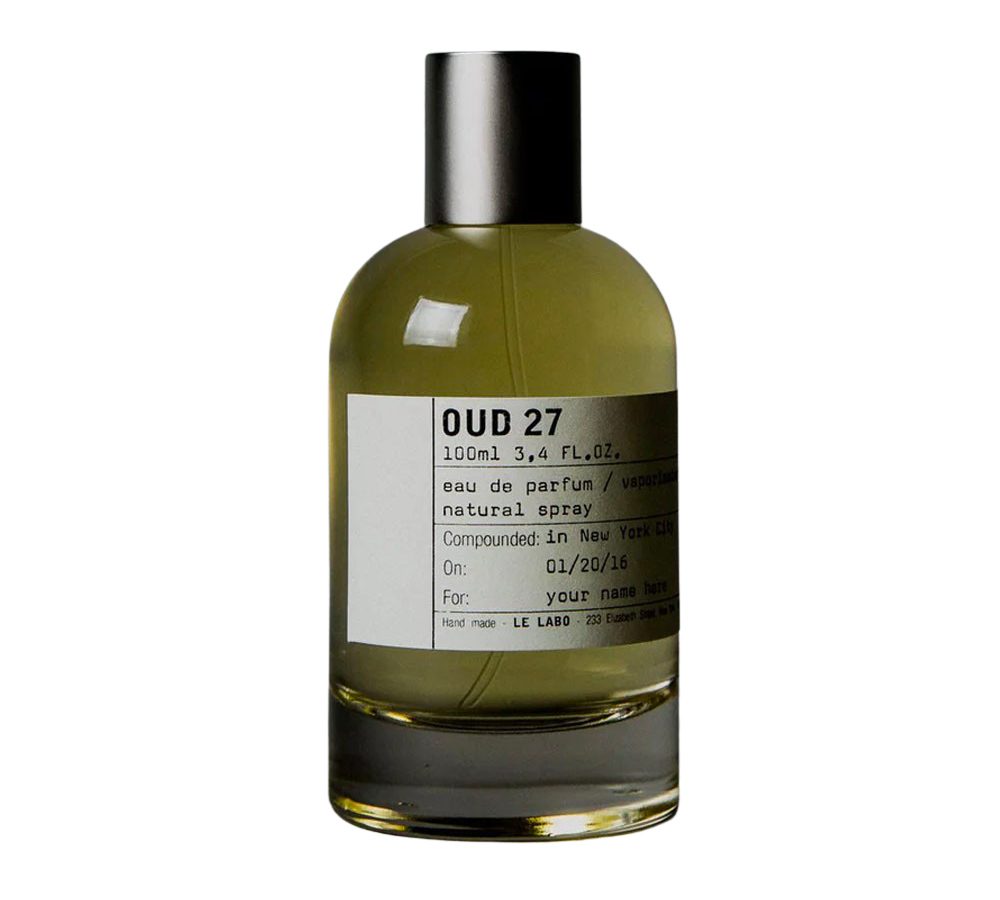 Cult fragrance makers, Le Labo expand on the theme of oud with cedar atlas, incense, patchouli, black pepper, saffron and gaïac to create an amber scent that gives off vibes of whisky and pencil shavings, which is in turn woody and animalic. 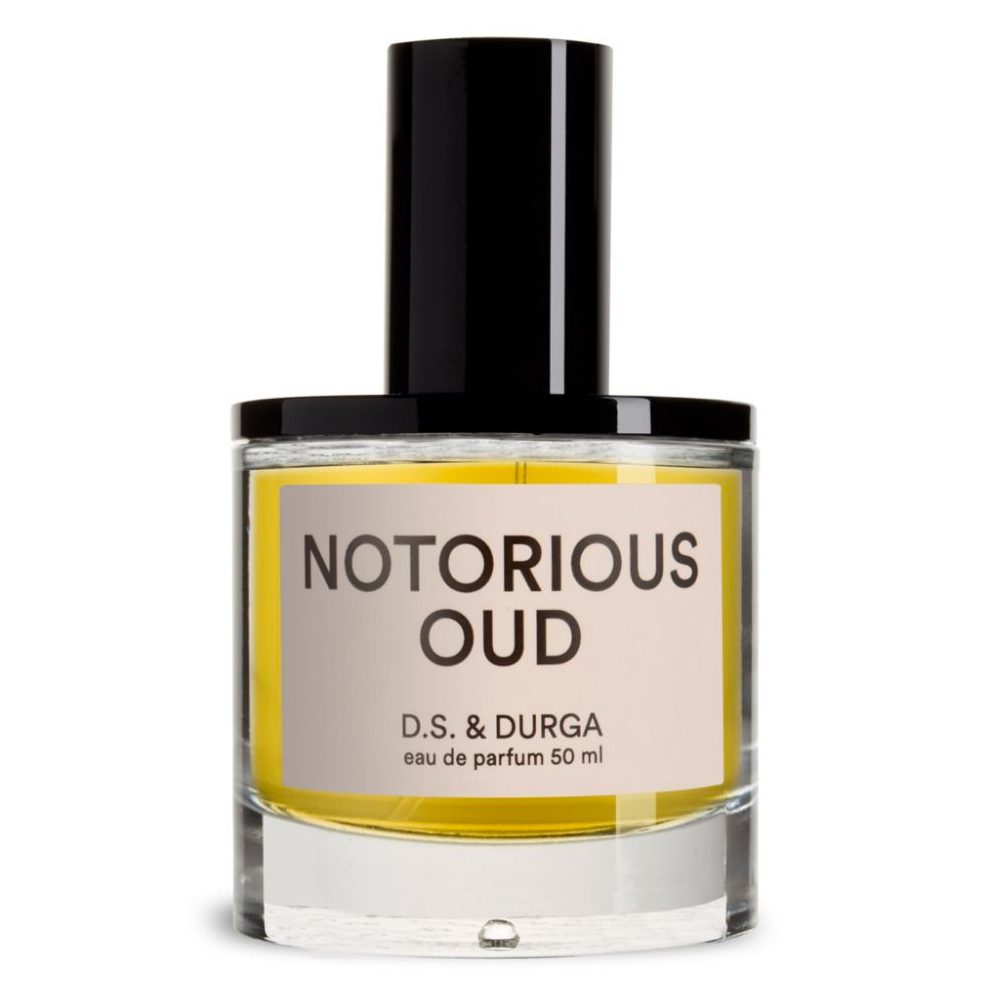 DS & Durga do not make shy, retiring scents. Although this oud isn’t quite as loud as the name might suggest, it does have great longevity, with its fresh, green opening giving way to something deep and leathery.

It features Indonesian oud, saffron, white galbanum, lavender absolute, civet (synthetic, we hope) and cetalox (musky, amber). The Bulgarian rose plays second fiddle to green notes of camphor and papyrus, which makes it a great option for those who are less keen on floral fragrances. This Simple 3-Step Grooming Routine Will Transform Your Skin