Despite being a comparative baby in the field – forgetting for a second the impressive history long before their modern incarnation – Tudor is fast becoming one of the go-to sports watch brands. On the one hand, they have the backing of Rolex; on the other, they have the creative freedom to create some more interesting pieces straddling the line between practicality and style.

They’re now so sought after that finding the piece you want might not be as easy as you might think. Not Rolex difficult, certainly, but give it time. They’re getting there. One of the few ways you can actually get the watch you desire without a waiting list is to scour the pre-owned and vintage market which, given how crazy collectors go for Tudor, is pretty healthy right now.

So, with a greater range of pieces than ever before and new versions constantly on the horizon – especially around rugby season – Ape has teamed up with Watchfinder & Co. to showcase the five Tudor watches you should know and, in most cases, want. A lot. Possibly their most successful (and most handsome) model to date, the Black Bay Bronze takes Tudor’s flagship diving watch case and gives it the steampunk treatment with the zeitgeisty, anti-corrosive case metal of the moment. The latest iteration (above) matches the bronze with a subtle slate-grey dial, a nice point of difference from the usual black, but otherwise keeps things the same as last year’s original version.

The Black Bay has everything you need from a proper diving watch: a unidirectional rotating bezel, luminescent indexes and a case that’ll worry a shark. It also has Tudor’s signature snowflake hand, trimmed in tone-matched bronze and driven by their in-house Calibre MT5601 automatic movement. This is the quintessential modern Tudor. When Rolex re-released their famous Pepsi Cola GMT back in 2018 there was a little bit of a shock. Not because of anything Rolex did, but because Tudor released their own version of it too – and it’s arguably a closer match to the vintage original. Able to track three different time zones across its 24-hour hand and rotating 24-hour red and blue bezel, Tudor didn’t quite sandbag their parent watchmaker but it was close.

The GMT’s been one of Tudor’s most sought-after models ever since. It can be extremely hard to get hold of, and it’s not hard to see why. It has the oversized crown and snowflake hand that define the Black Bay – and Tudor – while also being a fraction of the price of the Rolex version. If you can get hold of one of these, don’t hesitate. The Sub name might be inextricably linked to Rolex but that wasn’t always the case. In fact, Tudor released their take on the future icon just a year after them, in 1954. They perhaps don’t dare to use the name nowadays, hence why there has yet to be a modern re-launch, but you can find plenty of them on the pre-owned market and they are a true classic.

For just over £5,000 you can get the basic steel version, which shares almost too many similarities with the Rolex version. Invest a little more for an original (around £12,500) and you can get the genesis of all modern Tudor watches, ref. 7016/0, right down to the iconic snowflake hour hand. I hesitate to say any watch is a good investment, but with Tudor being where they are right now, a vintage Submariner might just be a good bet. Either way, what’s more satisfying than sandbagging a new Tudor owner with the words “mine’s vintage”, the horological equivalent of “I bought it before they were cool”. Just maybe don’t expect them to survive at their originally stated depths any more. 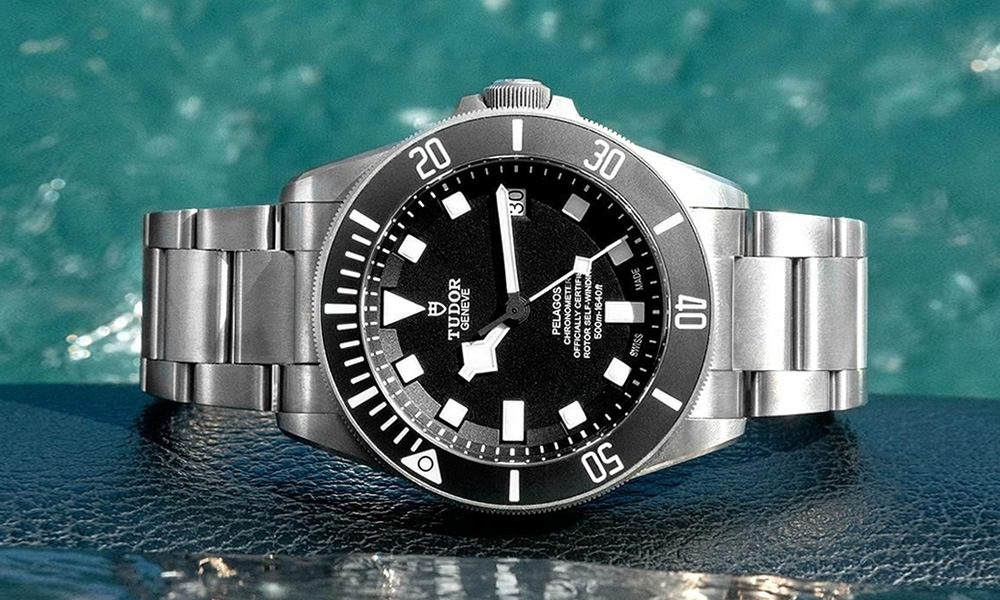 If the Black Bay plays on Tudor’s diving watch heritage then the Pelagos advances it. Water resistant to 500m, it’s the watchmaker’s ultimate tool timepiece, a rugged deep-sea survivalist. If you’re on the hunt for a collector’s item, the Pelagos LHD ups the ante further, with a titanium and steel case complete with a ceramic black disc set into the bezel. There’s also another big change you may immediately notice: the crown is on the other side.

Normally the crown doesn’t interfere with whichever wrist you wear it on. In a diving watch however, with the larger crown guards it can get uncomfortable to wear a right-handed crown on your right hand. The LHD version ensures that even freaks of nature like lefties can wear one of the coolest extreme divers around. 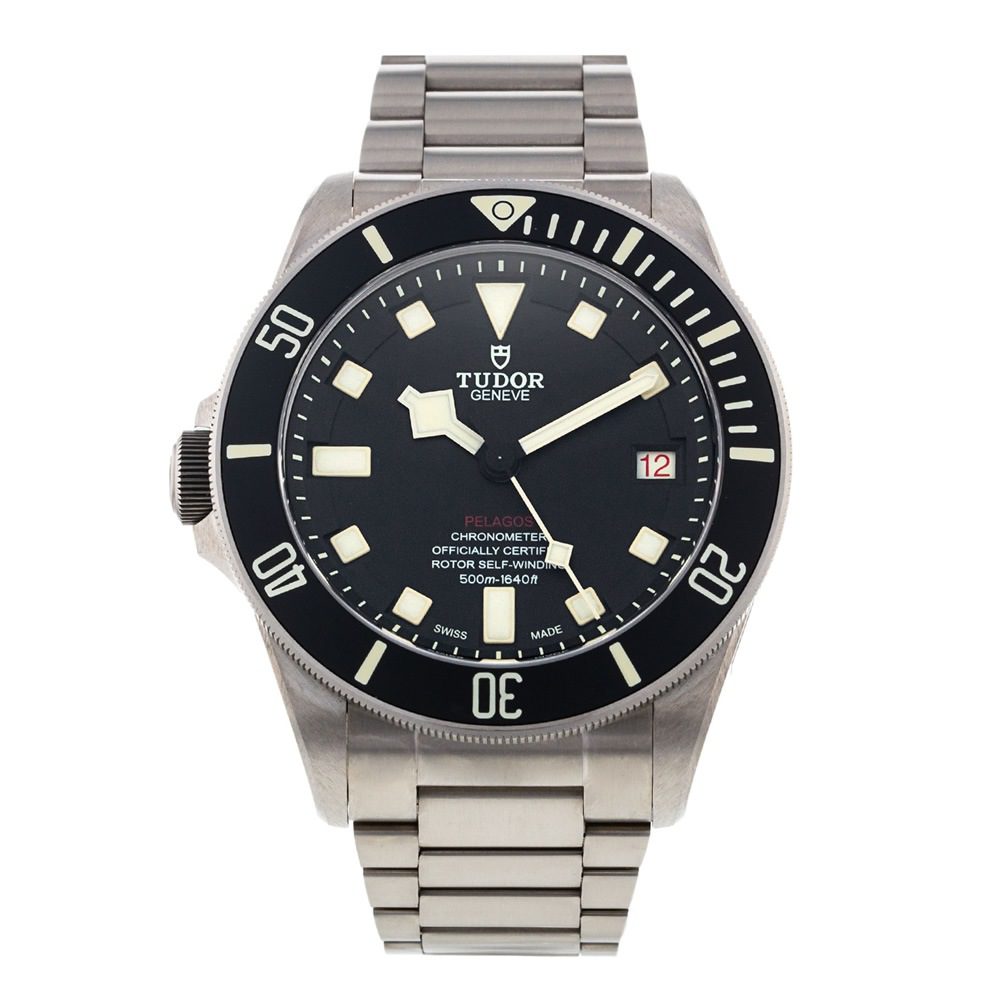 Personally, I never thought the Black Bay needed a chronograph function – until I tried it on. It might swap the classic heritage diver look in favour of a more technical vibe, but the dial is well-suited to the additional sub-dials and the tachymeter bezel is simply fantastic.

Collectors should keep an eye out for the latest All Blacks tie-in, the Black Bay Chrono Dark. Designed to match the legendary New Zealand team’s jersey, there’s something of the Speedmaster in the chrono’s black PVD case and bracelet, even with the snowflake hour hand and oversized pushers. This is a 2019 limited edition so don’t bank on getting hold of it first-hand; you’ll need to stay on top of the pre-owned market. It’ll be worth the effort, though.