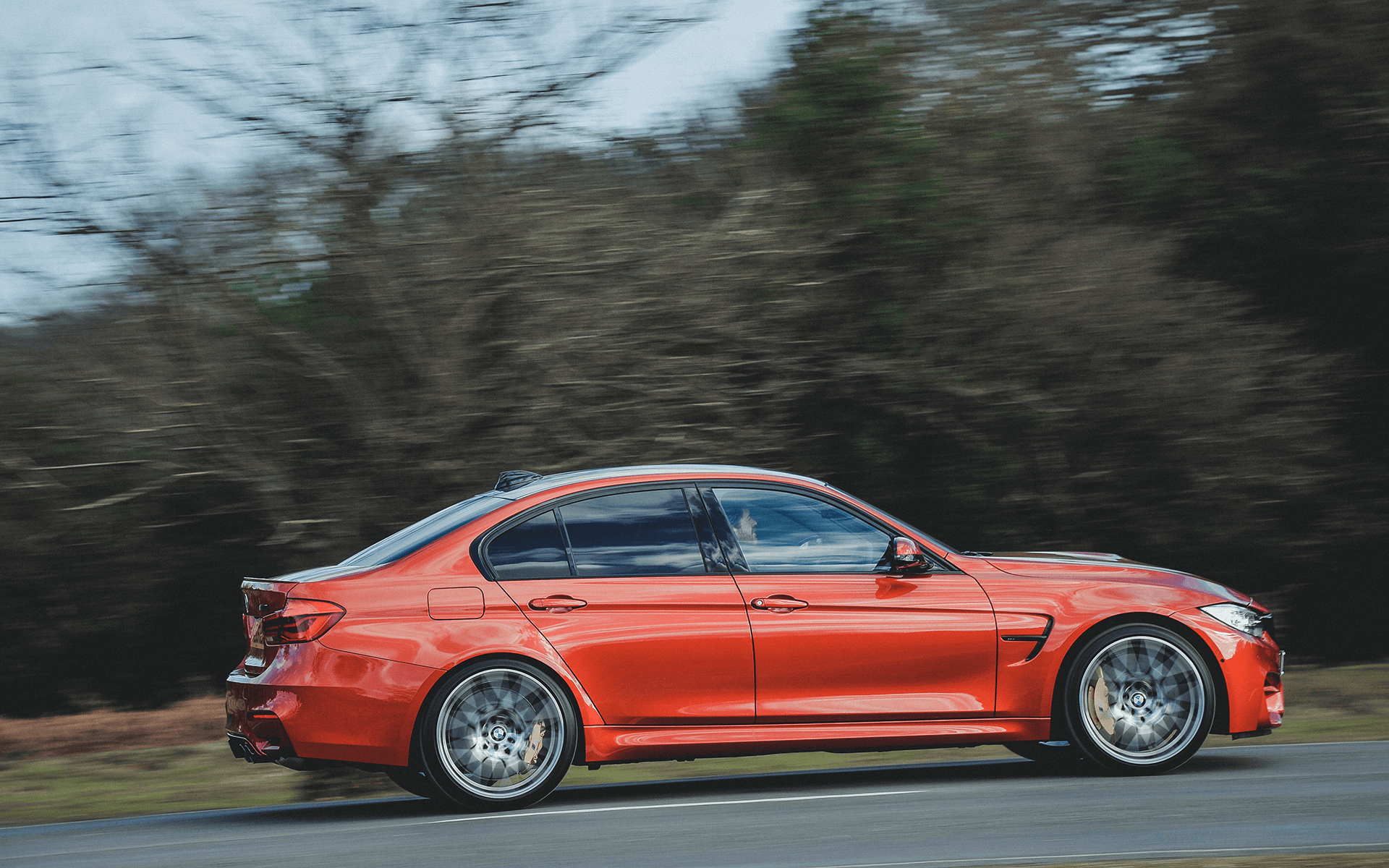 If you have £60k to spend on a new car and your requirements list includes everyday usability, a premium badge and blistering performance then the BMW M3 has long been the answer. 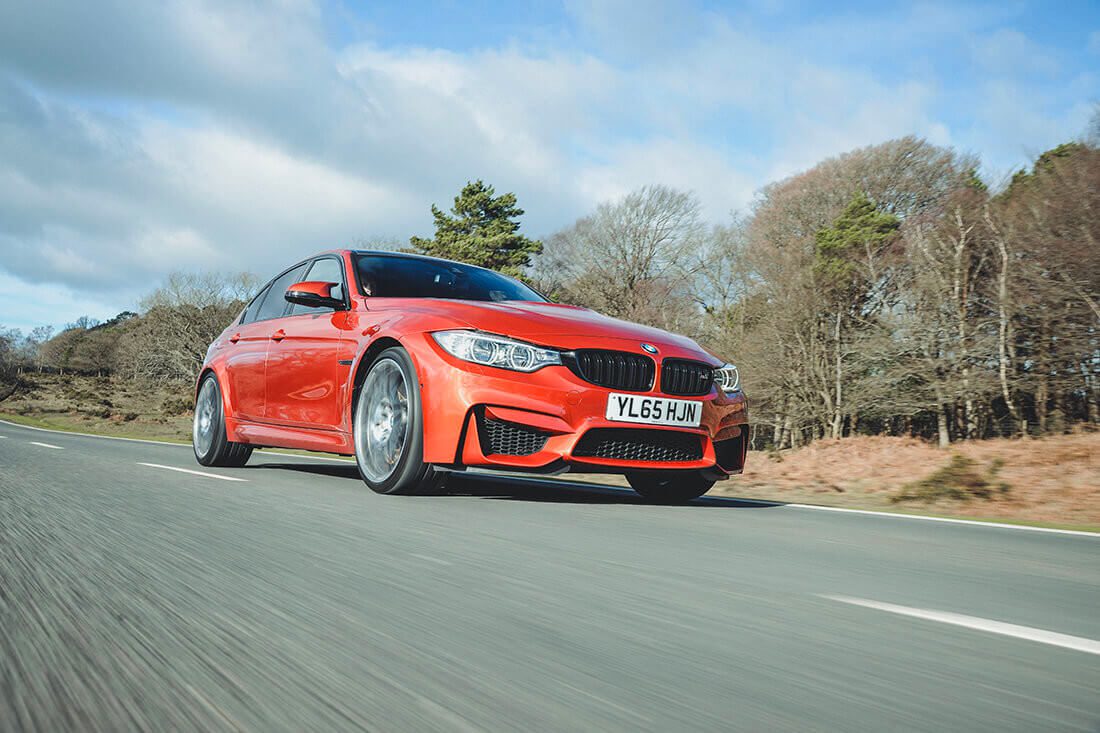 On paper, the new BMW (F80) model appears to have broadened those traits even further. Under the bonnet, a more powerful and more efficient six-cylinder turbocharged engine has replaced the old V8. The 3.0-litre twin-turbo develops 424bhp and 550Nm of torque which is enough grunt to get you from a standstill to 62mph in 4.1 seconds- that’s 0.8 seconds faster than its predecessor. In car terms, that’s the equivalent to about 8 days. 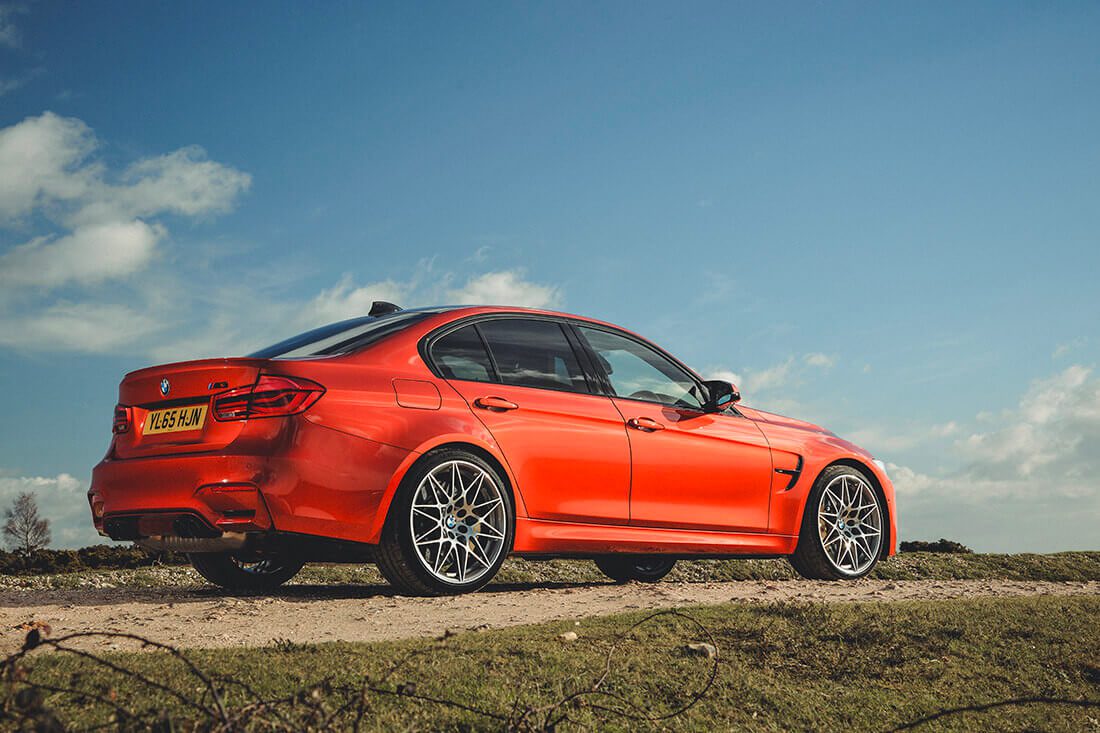 And thanks to the magic of turbocharging, it also uses less fuel in the process returning a claimed 32mpg compared to the old car’s miserly 22.8mpg. 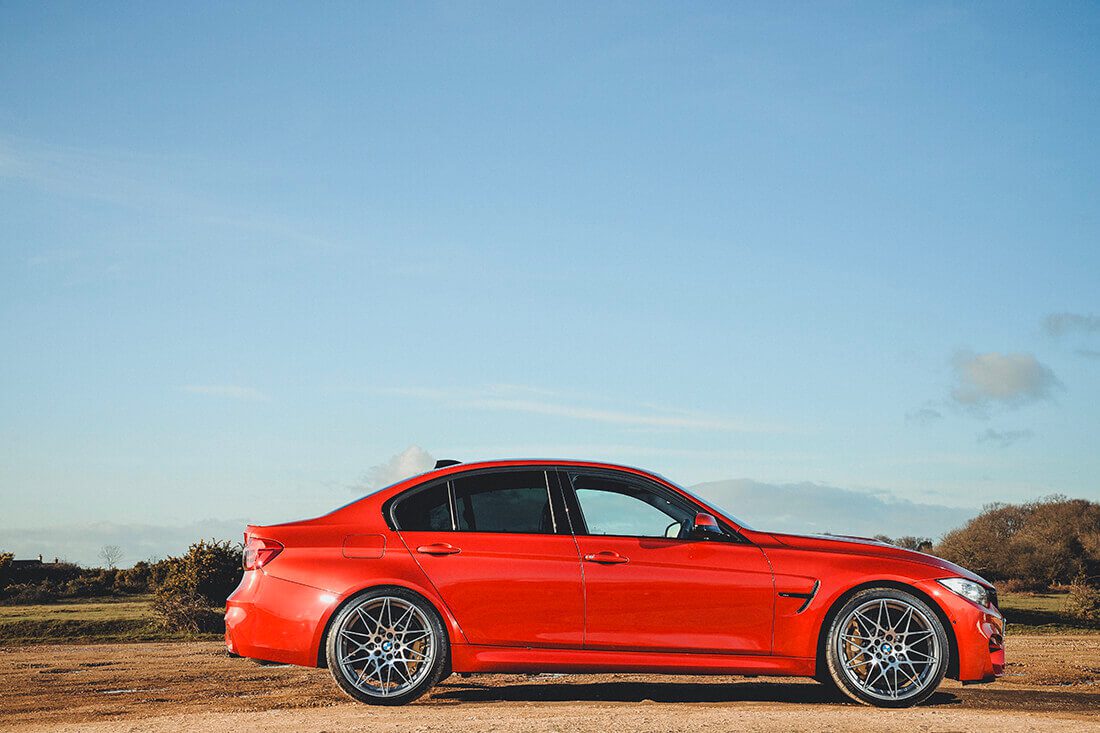 So where’s the drawback I hear you ask? Well, the first is the noise – or lack of it. In a high-performance saloon noise is a very important part of the package. Turbocharging may be useful when it comes to efficiency, but a tradeoff is a compromised vocal range. 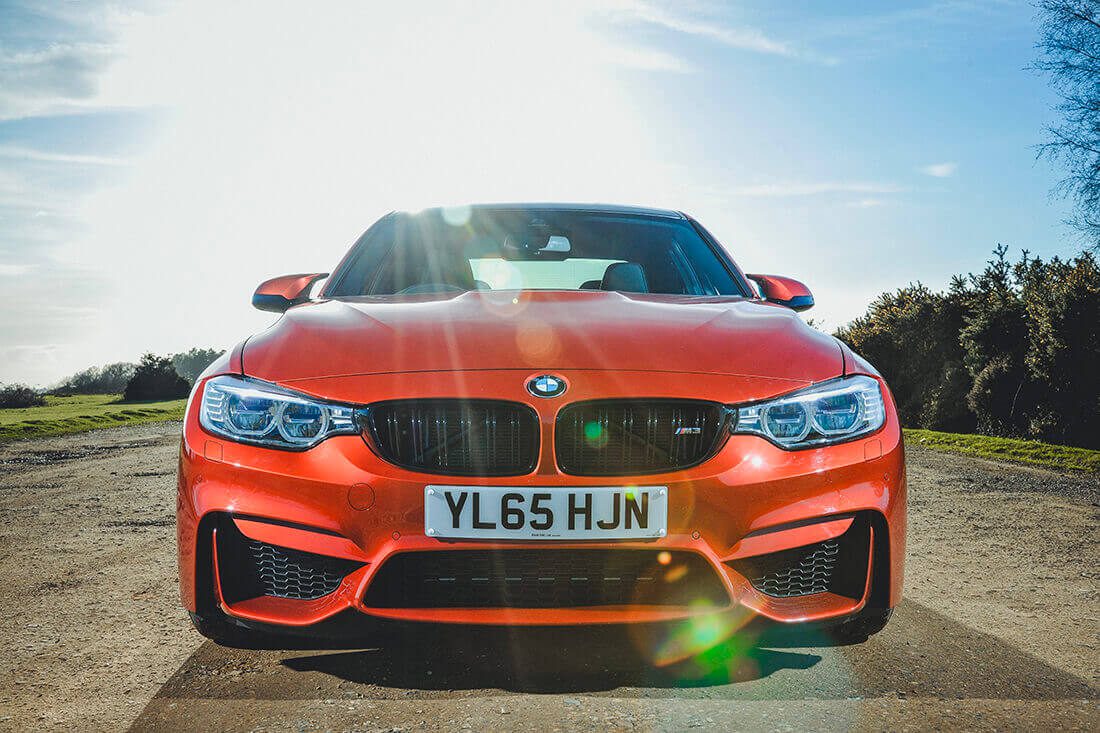 But the engine’s lack of noise is more than made up for with the performance it serves up. Prod the throttle and the BMW M3 hurtles down the road, firing seamlessly through its eight-speed dual clutch automatic gearbox. The ride is firm but comfortable enough. 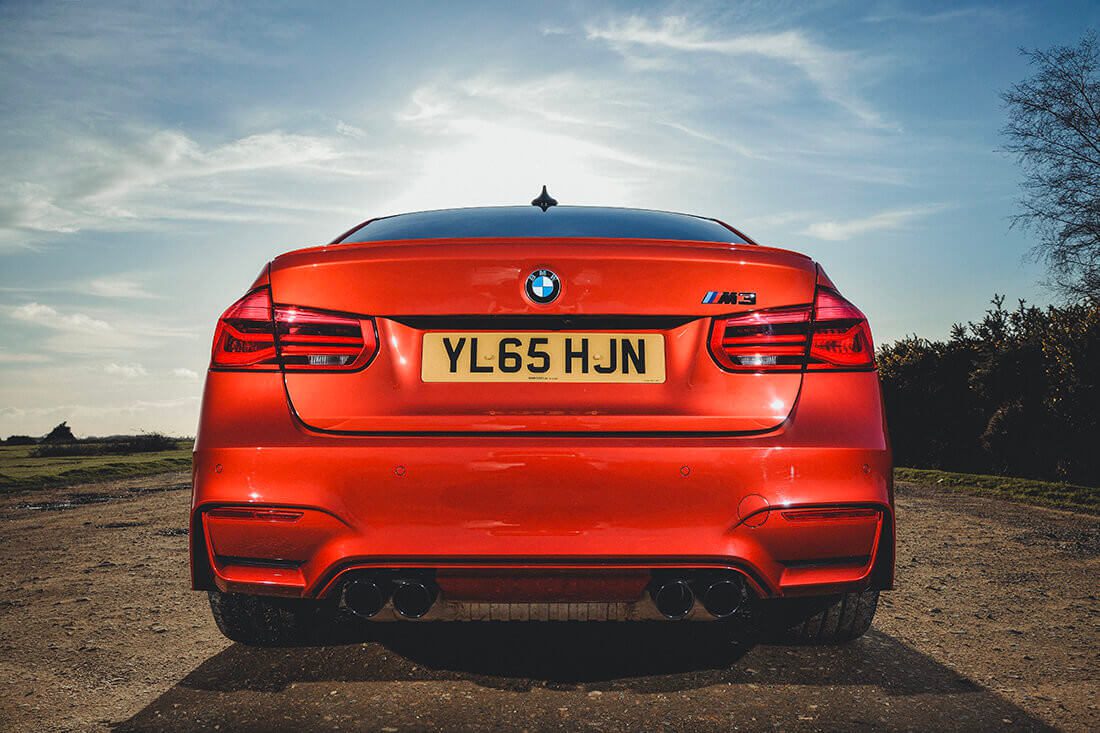 You need to have your wits about you when driving the M3, though. Too eager on the throttle and the M3 will do its best to embarrass you; the rear wheels lose traction rather easily and its up to you to ensure you don’t park it in a hedge. 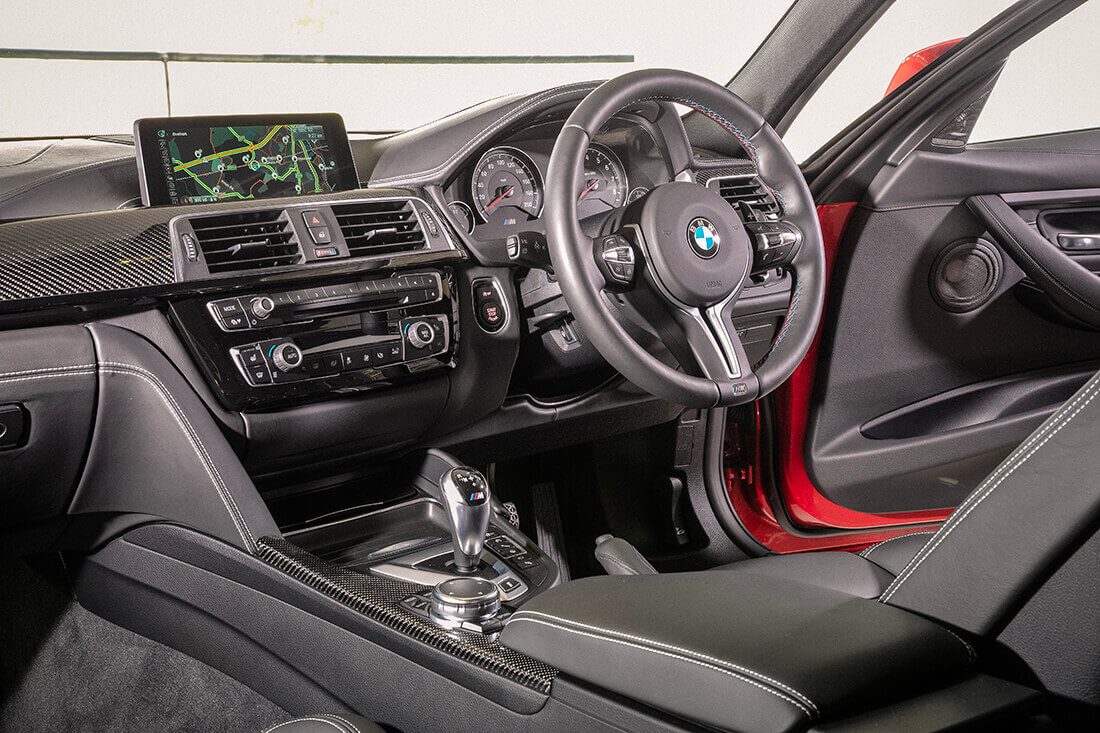 Having said that, that also makes the M3 enormously exciting to drive and hugely rewarding when you get it right.