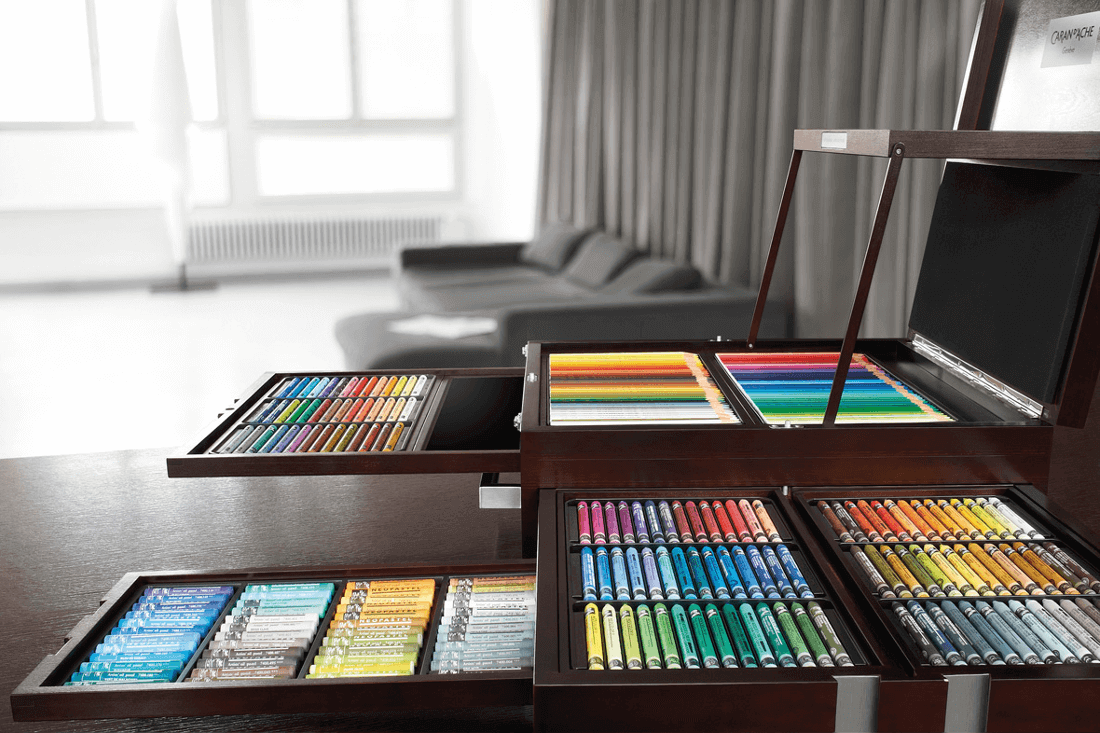 Legendary luxury writing and art supply brand Caran d’Ache turns 100 years old this year and as part of their Centenary Anniversary they’re releasing a commemorative chest filled with their iconic pencils and pastels. The Swiss brand, purveyors of luxury writing instruments, have produced 50 Caran d’Ache Coffret d’Exception that will be stocked exclusively at Harrods. The mahogany chest, with a wonderful array of trays that pull out and extend to reveal more than 400 of Caran d’Ache’s colourful ranges.

The Caran d’Ache story began in Geneva in 1915 when Arnold Schweitzer bought a pencil factory and named new the company after a French satiric political cartoonist. The cartoonists name, was in fact taken from the Russian word for pencil (karandash).

The prestigious Caran d’Ache Coffret d’Exception represents a century of innovation, expertise and a rigorous devotion to quality. Made for art lovers and those who admire beautiful objects, this is Caran d’Ache’s salut to the work that they have been doing for the past 100 years and keeping a tradition of excellence at their core.

The Caran d’Ache Coffret d’Exception will be stocked exclusively at Harrods – £4,000