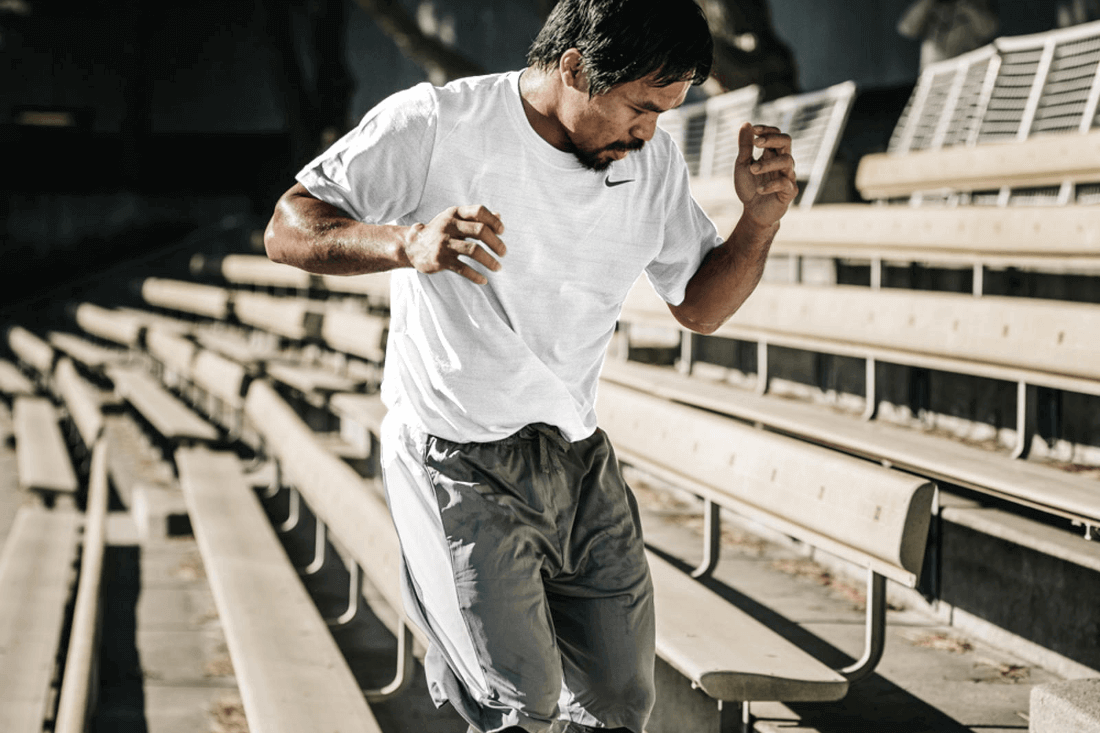 Manny Pacquiao, the 5-foot-7 boxer who carries the weight of a nation on his shoulders. The expectations of more than 100 million Filipinos- perpetually surrounded by fans, training partners, business partners, media and entrepreneurs looking for something from him. So many people want a moment of his time in between training sessions, sparring, meals and precious sleep.

Given this, focus is everything, and the most important element of Pacquiao’s training and preparation. Never has this been truer than in the lead up to his much-anticipated fight in Las Vegas on May 2, 2015 with Floyd Mayweather, Jr.

“I love to have people around me while I’m training. But you have to prepare your mind, train your mind,” said Pacquiao, the only boxer to have held world championship titles in eight different weight divisions. “When you focus, you don’t have to worry about, ‘Oh, what am I gonna do? Maybe I’m not ready,’ or anything like that. But you have peace of mind and you’re ready to fight.”

In the area around the gym where he trains in Los Angeles, Pacquiao has become a quasi spectator sport. Pacquiao’s relentless training regimen may not be solitary, but he has trained his mind to shut out the distractions surrounding him while running, side-stepping stadium steps, doing core workouts and heavy ball throws.

This is the third instalment of a documentary series that captures the inspiration, and motivations that drive Nike athletes in their training. Their journeys vary as do their goals, but they share a common obsession with athleticism.