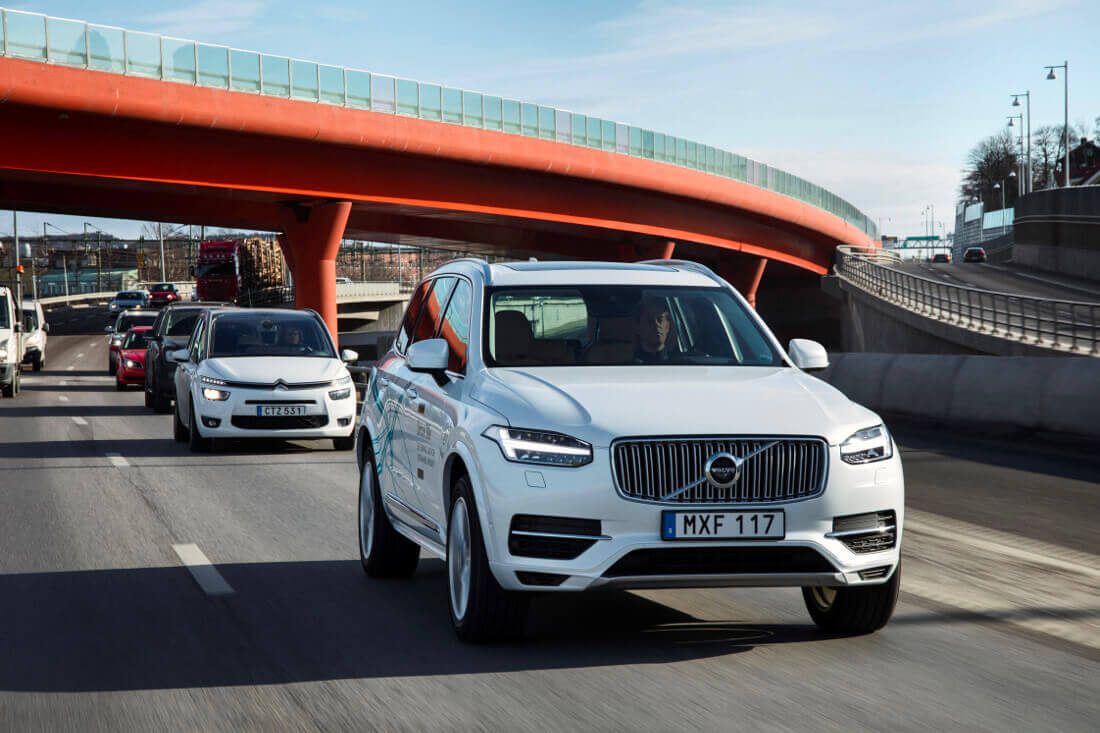 A decade ago Volvo was a bit part player in the luxury car game, but now the Swedish manufacturer thinks it can fight it out with the likes of Audi and BMW. The new XC90 is the reason for it – a flagship SUV crammed with technology and innovation.

As a rule of thumb, bulbous SUVs like the Audi Q7 and BMW X5 are pretty uninspiring to look at – but that’s not the case with the Volvo. Distinctive LED headlamps, a purposeful stance and cool, simple lines make it one of the most eye-catching SUVs on the road. 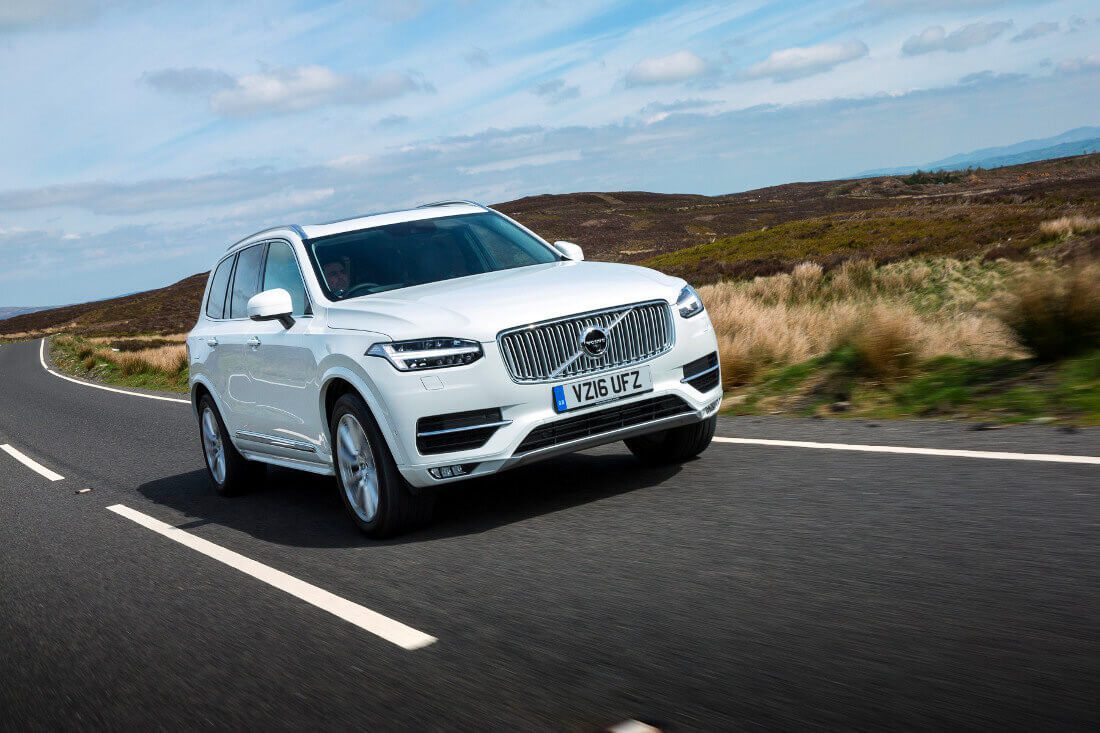 Jump inside and that cool Swedish design philosophy is carried over. The dash is dominated by a slick iPad style infotainment system, which is incredibly straight forward and intuitive to use, while the plush leather seats feel as familiar and comfortable as your favourite armchair.

There’s also space for seven in the XC90, as two small seats hidden beneath the boot can be electronically raised when needed. They’re ideal for children, but less so for anyone over 6ft. 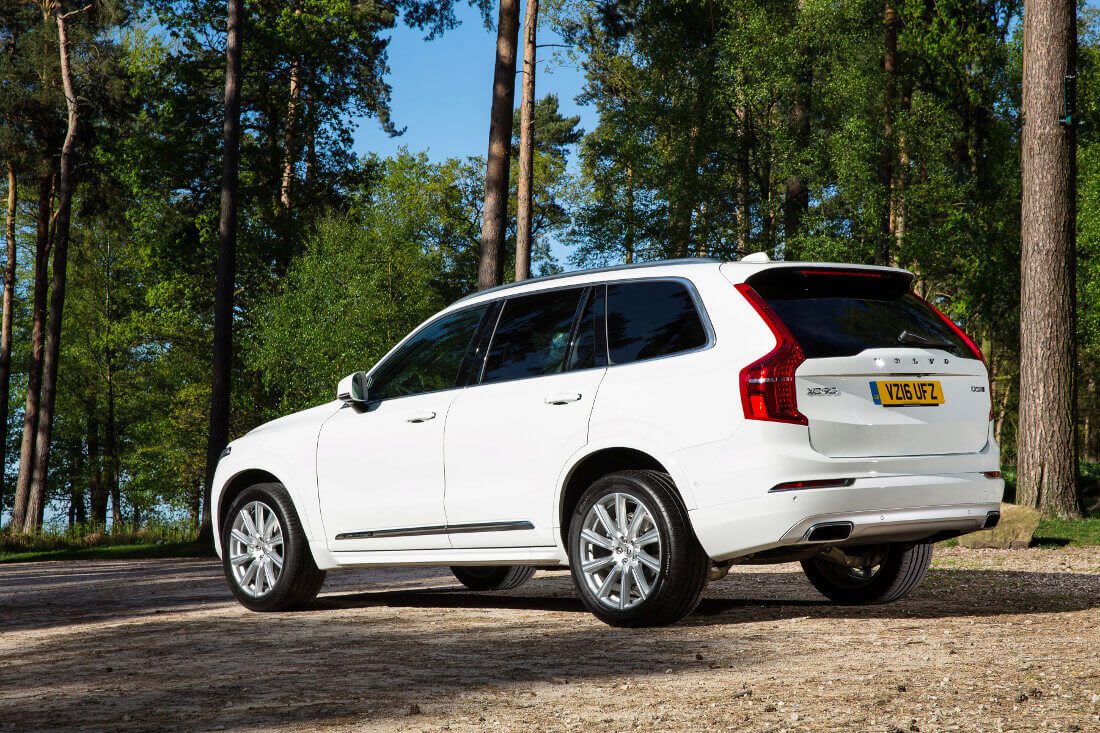 Volvo’s engine range is also refreshingly simple; there are three options: one petrol, one diesel and one plug-in hybrid model. The 232bhp 2.0-litre twin-turbo diesel will make up the bulk of sales, but it’s easy to be lured in by the hybrid’s claim of 134mpg. In the real world the diesel will be more efficient and at £47,350 it’s also over £17,000 less than the hybrid. That’s a lot of extra diesel.

On the move, the XC90 puts comfort ahead of anything else. Air suspension helps you glide across the surface of the road and the Volvo can even do some of the driving for you if you spec the optional £1,500 Intellisafe Pro package – it’s a system that takes control of the accelerator, brakes and steering in slow traffic. 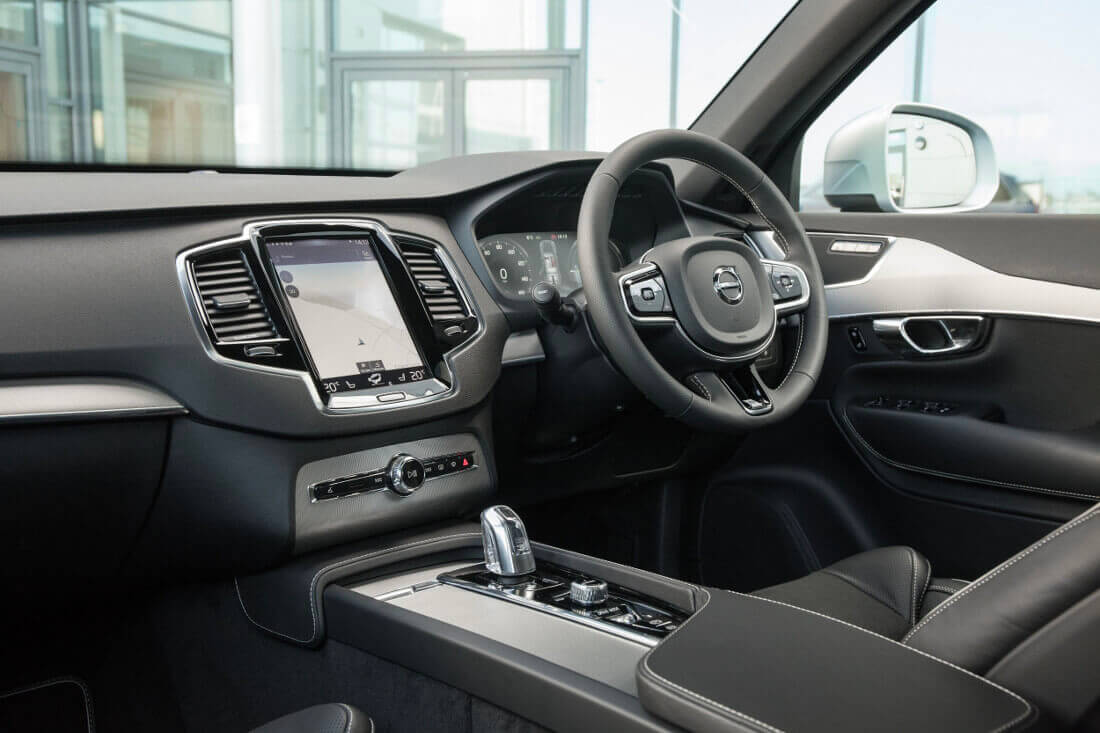 It’s a very will integrated system and takes the stress out of the commute to and from the office – meaning you can sit back and take advantage of the fantastic (but pricey £3,000) 18-speaker Bowes and Wilkins sound system.