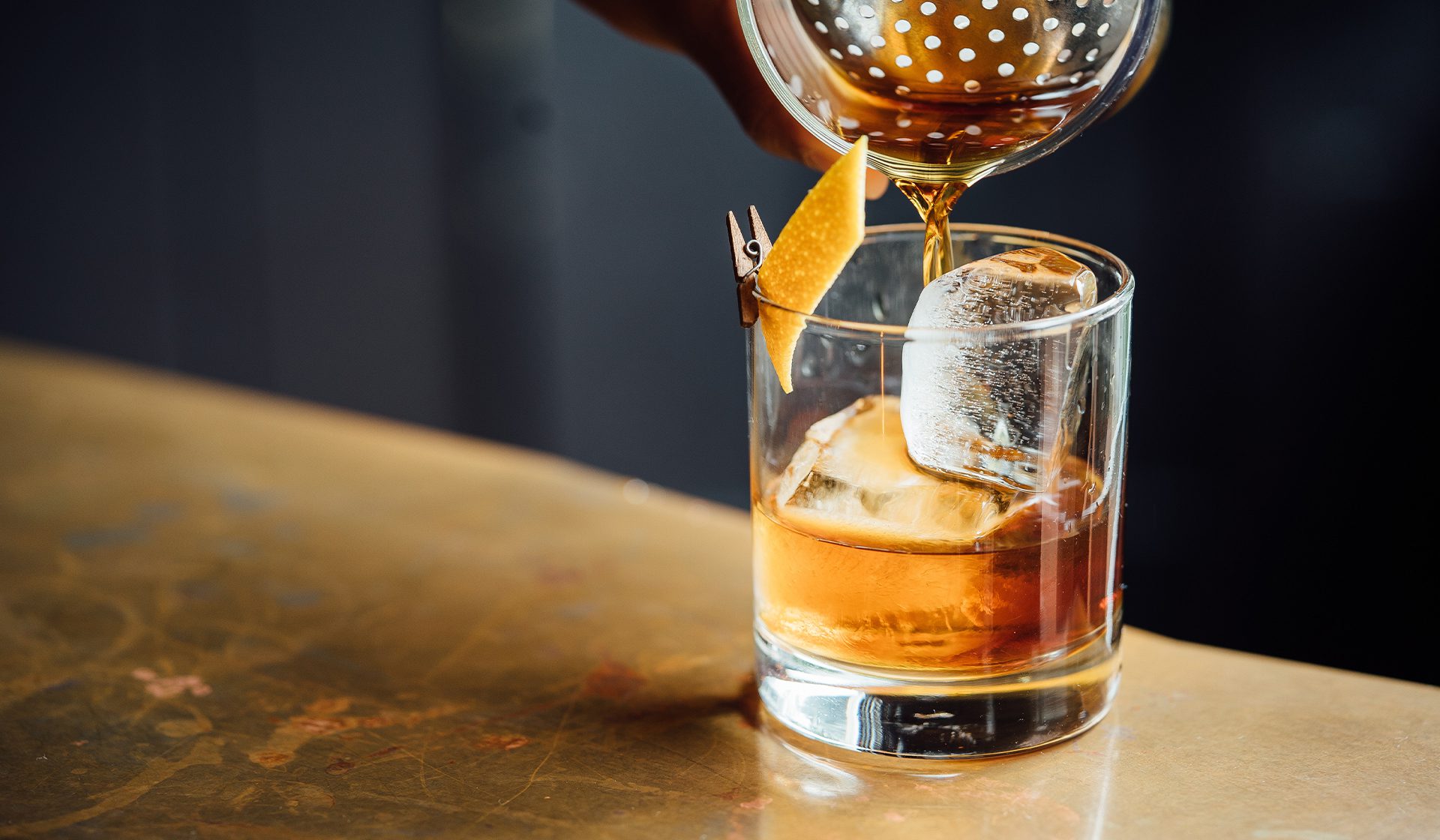 Whether it is sat in a comfortable chair at home or perched on a stool in a trendy bar, there are few things better than sipping on a good whisky cocktail. Whisky is a versatile spirit that adapts and shines when creatively mixed. Here we pick 10 of the all-time classics that will inspire you to get shaking and stirring. A beautiful whisky cocktail that is often described as one that whisky haters will love. The recipe first appeared in the 1930 edition of The Savoy Cocktail Book and features equal parts of Scotch whisky (a good blend or a Speyside single malt work best), cherry brandy liqueur, sweet red vermouth and freshly squeezed orange juice.

All are shaken together with ice and then poured into a coupe glass with a twist of orange zest as garnish. Said to be named after Rudolph Valentino’s 1922 bullfighting movie Blood And Sand. Delicious. This classic was all the rage in mid-Victorian Britain and was the way most people drank their whisky. The name has colonial roots – toddy is a fermented Indian drink made from palm sap.

Combine blended Scotch, a blob of honey and a squeeze of lemon all topped up with boiling water in a mug or toddy glass if you can find one. You can jazz it up with cloves, a cinnamon stick or a wedge of fresh ginger.

These days it is mostly known as a cold and flu remedy and also known as Hot Whiskey (if you use Irish whiskey) or Grog (if you use rum). 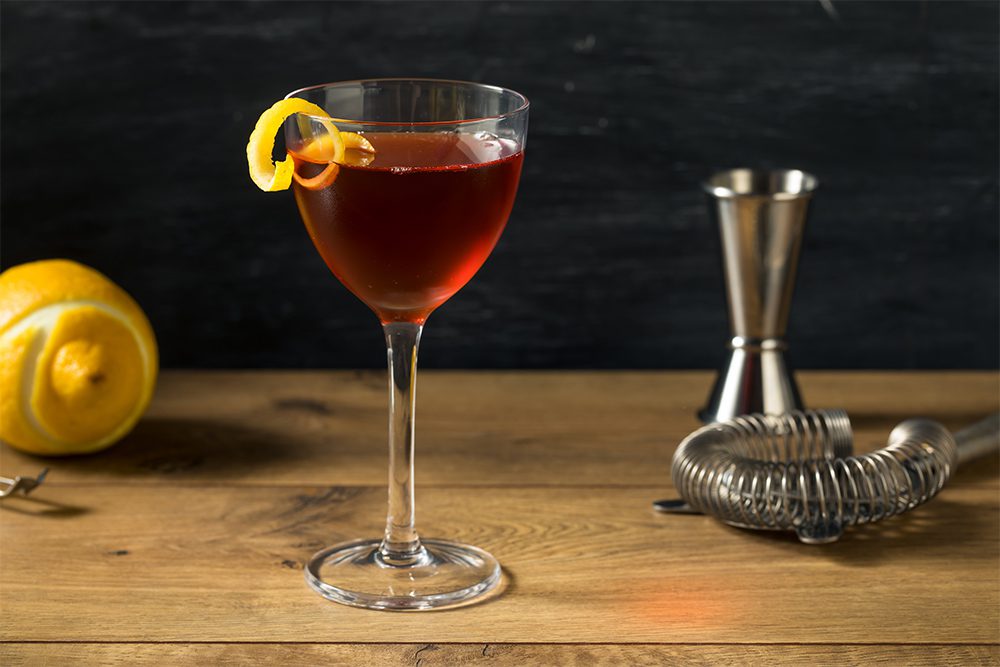 One of the quintessential whisky cocktails, there are conflicting stories regarding the drink’s origins. It appears to have emanated out of The Manhattan Club in New York with the first recipe appearing in O. H. Byron’s book The Modern Bartender’s Guide in 1884. This used American rye whiskey (although bourbon or Canadian whisky are now commonly used), dry vermouth and a dash of bitters, all garnished with lemon zest twist.

You can ask for a sweeter version with sweet red vermouth, cherry syrup and a cherry garnish. Whichever you choose, it should be served in a chilled martini glass. An iconic American drink that is a real thoroughbred amongst cocktails. The origins are a little uncertain but it has been associated with the famous Kentucky Derby horse race for over 80 years. It has been the official beverage of the world-famous event every year since being first introduced in 1938.

Fresh mint leaves are bruised then mixed with a good slug of bourbon, sugar syrup and a couple of dashes of bitters. Shaken with ice, then poured into a metal cup filled with crushed ice and garnished with a sprig of fresh mint. So refreshing. Considered by many as the original whisky cocktail. The first reference can be found in 1806, placing it right at the beginning of the cocktail era. The recipe has changed little in 200 years and has stood the test of time. Traditionalists will insist on rye whiskey but bourbon is commonly used and a fabulous substitute.

Soak a sugar cube with bitters in a tumbler and crush it. Then add a high-quality whisky and some big chunks of ice, and stir. And stir. And stir. This offers great theatre if prepared by a good bartender. Garnish with orange zest. 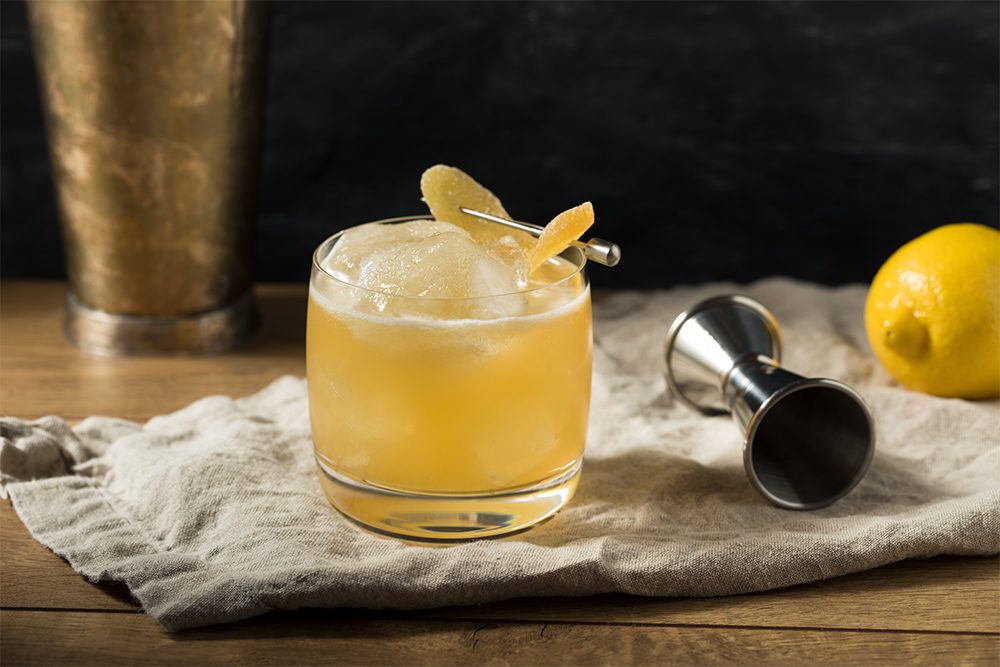 A modern classic first created in 2005 by Sam Ross at the renowned Milk & Honey bar in New York. This stunning cocktail combines two Scotch whiskies (four parts blended or Speyside single malt with one-part peated Islay single malt) with ginger liqueur, freshly squeezed lemon juice and honey syrup (that is honey diluted with a splash of water). Shake together with ice and then pour into a rocks glass or tumbler over a big chunk of ice. Garnish with ginger. 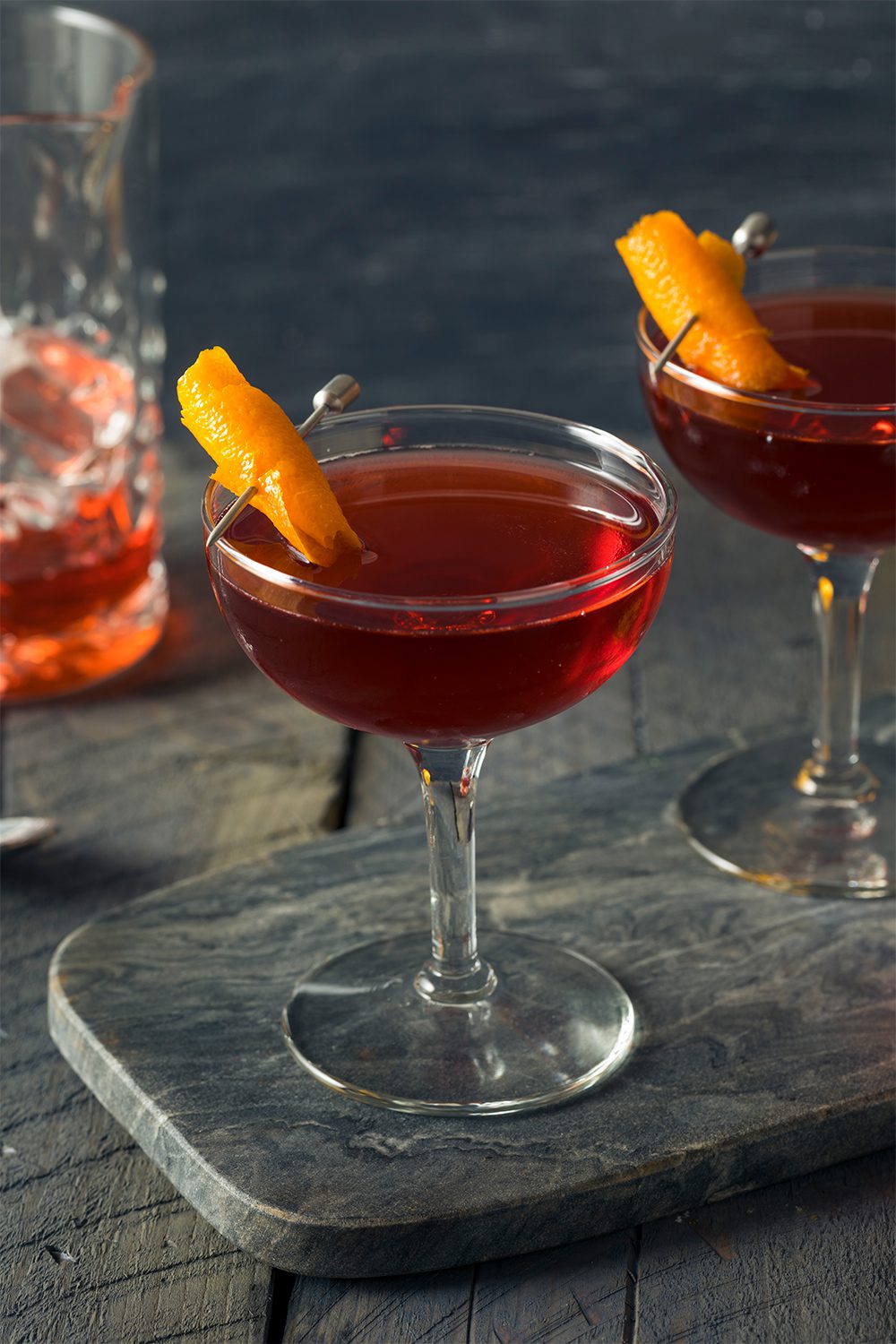 This is Scotch’s answer to the Manhattan. It was again created in New York but at the Waldorf-Astoria Hotel, located where the Empire State Building now stands, in 1894. Mistakenly thought to be named after Scottish folk hero and outlaw Robert Roy MacGregor, instead, it was inspired by Rob Roy – a musical playing on Broadway at the time.

Like the Manhattan, sweet red vermouth and bitters are used. However, replace the rye whiskey with a sweet Scotch, such as a rich blend, or Speyside single malt. Another classic Scotch whisky cocktail that was made popular by the Rat Pack in New York during the 1950s and 1960s. This is one of the simplest cocktails that you can make – combine three-parts Scotch whisky (a good blend, sweet Speyside or Highland single malt works very well) with one part of Drambuie whisky liqueur. It has to be Drambuie otherwise it’s not a Rusty Nail.

The lovely honeyed and herbal notes of the liqueur add wonderful depth and complexity to the drink. Pour into a tumbler over ice and garnish with a twist of lemon zest. 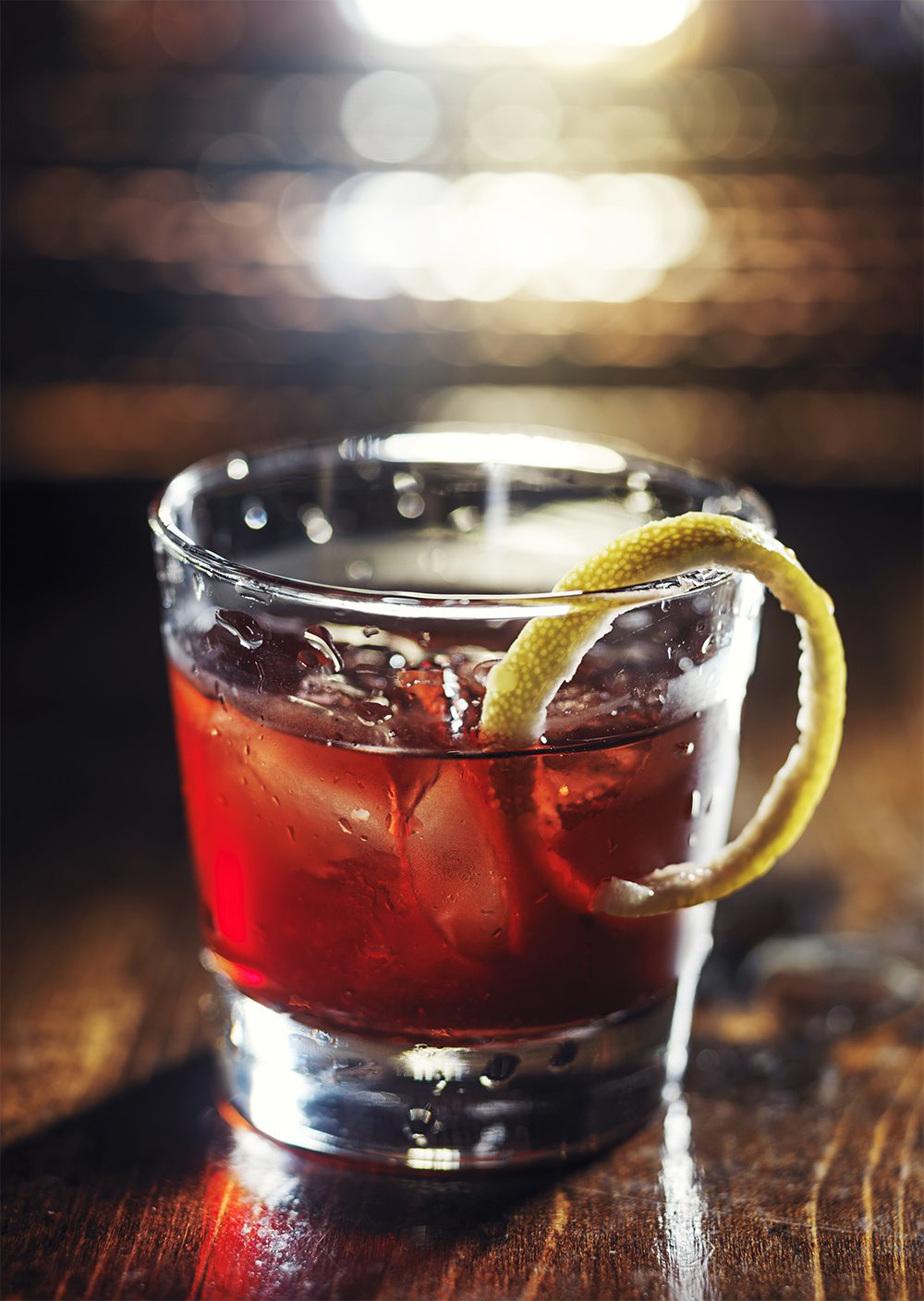 Old recipes from the early 1800s show a similar drink being made using Cognac. The whiskey version first appeared in 1873 at the Sazerac Coffee House in New Orleans. The Cognac industry had been devastated by phylloxera (a grapevine pest), so owner Thomas Handy replaced it with local rye whiskey. The rest is history and one of the world’s classic whiskey cocktails was born.

Stir rye with a dash or two of bitters, sugar syrup and ice, then pour into a rocks glass or tumbler that has been rinsed with absinthe. It’s punchy. Garnish with a twist of lemon zest. 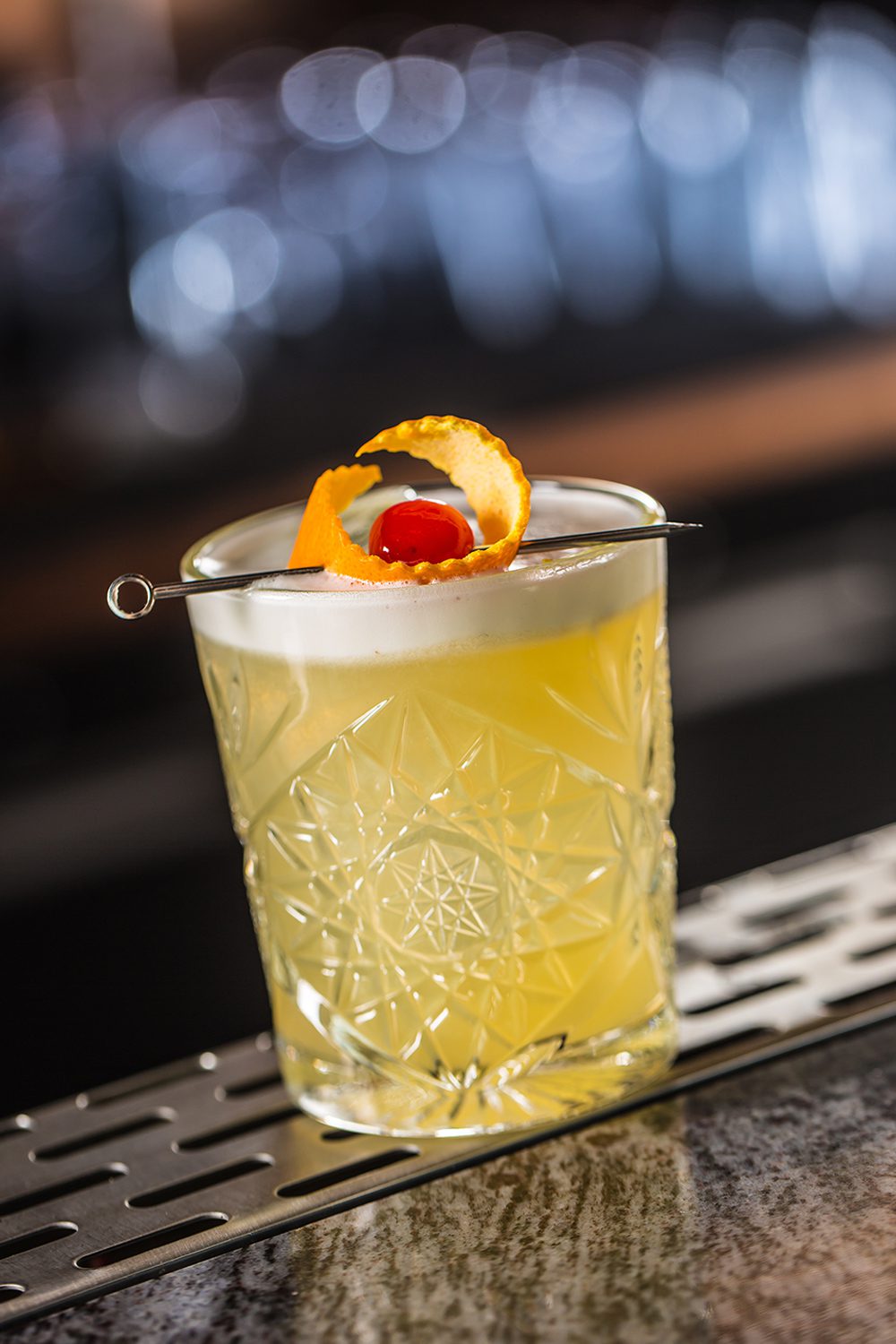 Said to have evolved from Punch, the historic rum-based drink that was taken by sailors to prevent scurvy back in the day, the Whisky Sour is another that has stood the test of time. Shake a mixture of American whiskey (usually bourbon), a good amount of lemon juice, egg white and sugar together to produce a wonderful silky smooth cocktail. Serve in a rocks glass over ice and garnish with a twist of lemon and a cherry.

Adding a splash of red wine gives you the equally delicious New York Sour. Give it a try. Hell, give them all a try. 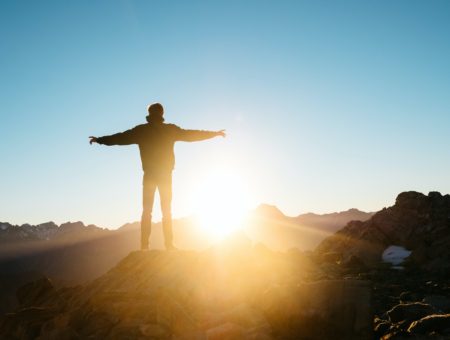