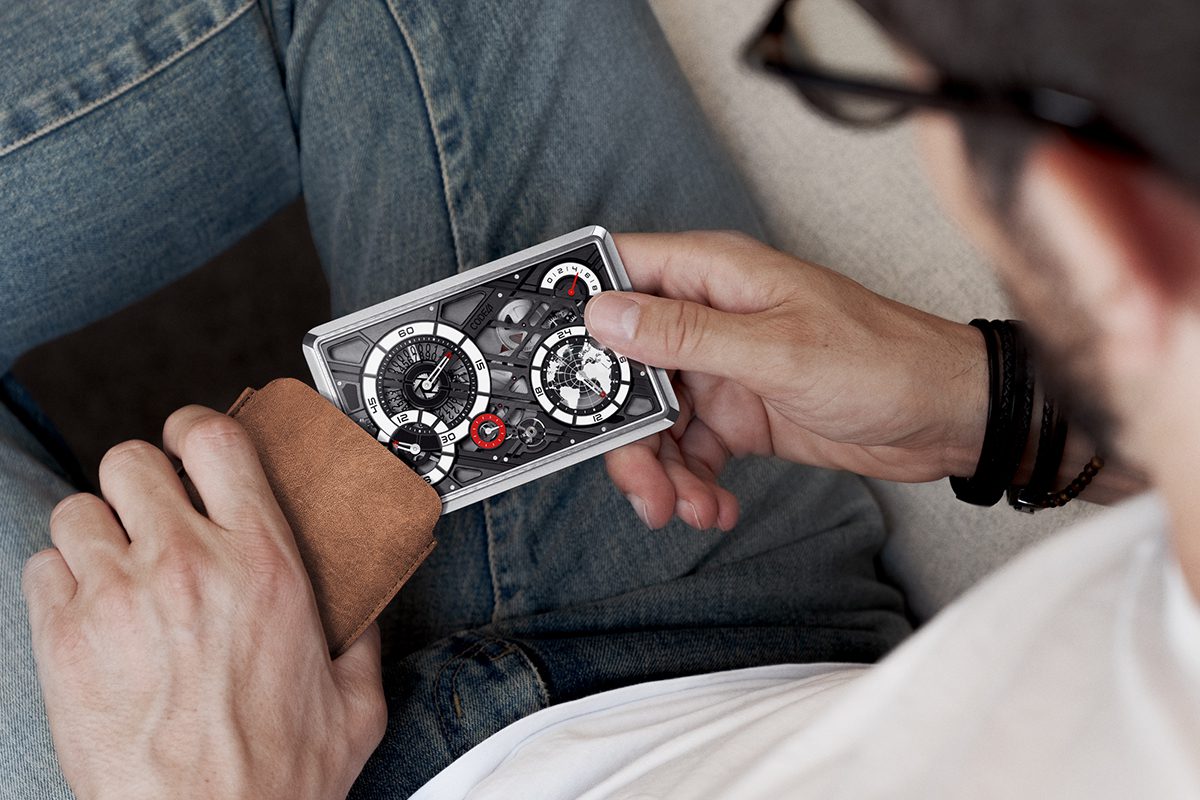 Experimentation in watchmaking is invariably the preserve of the few. Brands who have either have their own integrated manufactures or those who have direct access to third parties who can turn their mad mechanical dreams into reality. It is a world of Pièce Uniques, hefty price tags and collectors. Or it would be were it not for CODE41.

The word ‘disruptor’ gets thrown around a lot, largely by people who don’t actually understand what it means. CODE41 truly is a disruptive force in the industry. Its first watch was made in December 2016 because a community of 57,000 crowdfunded it, and now it is back with its most ambitious piece yet – the Mecascape ‘Sublimation One’.

Introducing The Mecascape Sublimation One

At its quintessence the Sublimation One is a travel clock complete with GMT function, but that simple summation doesn’t do justice to what CODE41 has achieved. In partnership with movement specialists Le Cercle des Horlogers and watchcase experts ISEOTEC, it has created a complicated pseudo-skeleton hand-wound timepiece that you can carry in your pocket.

This mechanical marvel has been in founder Claudio D’Amore’s head for 12 years, taking shape while he was still working as a designer for other watch brands. “My idea for the Mecascape [the name is a portmanteau of ‘mechanical’ and ‘landscape’] goes back to 2009,” he explains.

“Today, after having founded CODE41, created six collections, and dedicated five years of focused development to the project, the time has come to unveil the first Mecascape. It’s an ambitious and daring project in every sense of the word. Translating my vision into a unique and original watch object was a real collective challenge, and we are all very proud of the result. Working with time from all angles (and that’s the right word here) has rarely been so rewarding.” 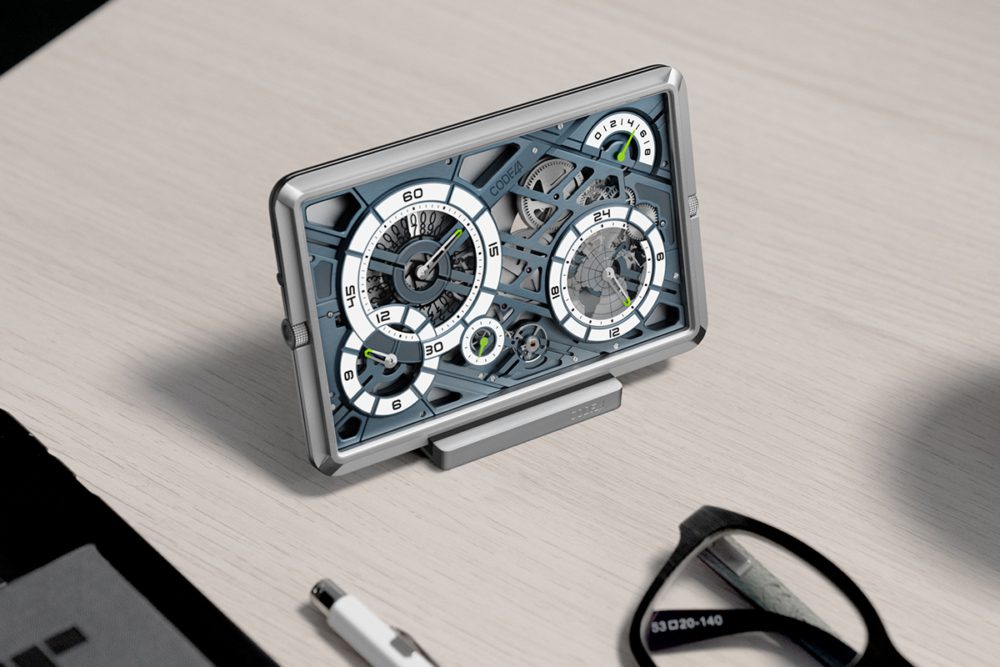 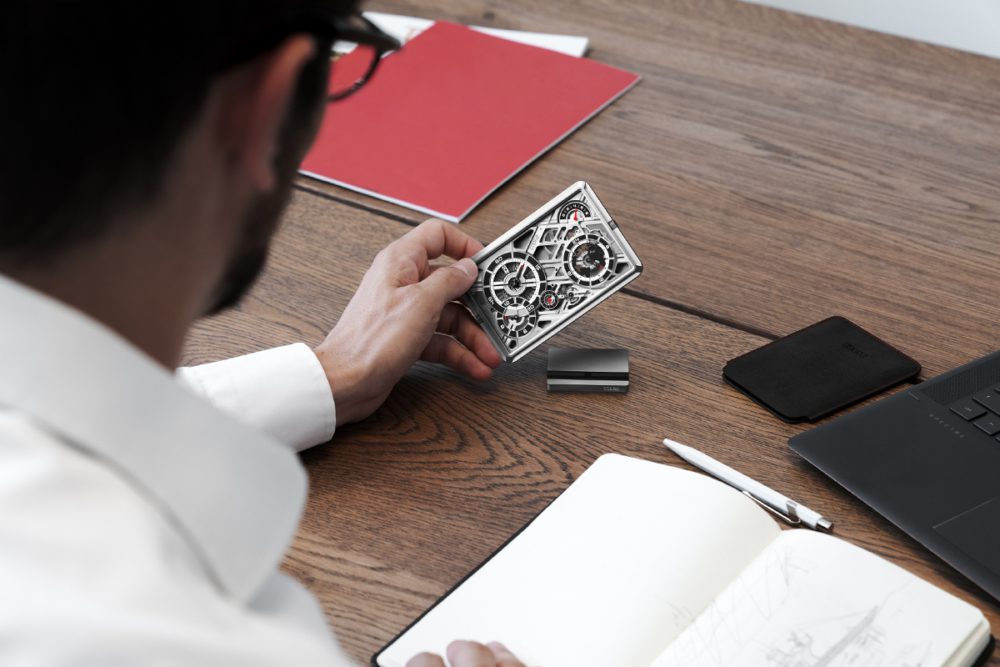 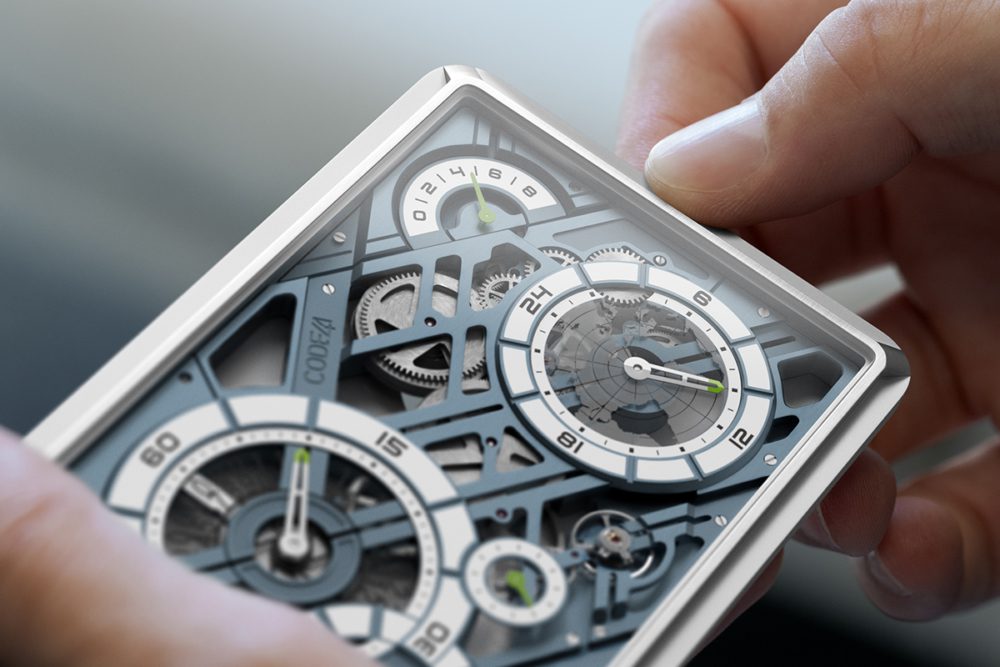 Let’s start with the aesthetics of the dial – the dimensions of which have been calculated in accordance with Golden Ratio. This number is represented by the Greek letter Φ (phi) and is equivalent to 1.61803. Designing to this ratio produces perfect proportion, which accounts for why the Mecascape dial just looks… right.

As for what’s on it, if you take a tour clockwise, you can see the power reserve in the top-right hand corner. Below that is the GMT. The next small dial is the seconds, followed by the hours, which is nestled into the minutes. Finally, below minutes’ 12 o’clock is a horizontal date. All the dials are set into skeletonised Grade 5 titanium – a material it was necessary to use because it was the only one that could circumnavigate the torsion that can be caused in the frame if the tension of said material isn’t being managed properly. Having the components of a movement on the same plane rather than stacked isn’t anything new – it’s how certain brands break records for case slimness – however, they are only fanned out over a 40-ish millimetre case. Here the movement is stretched out over 108mm. That’s nothing in real-world terms, but in watchmaking it’s an ocean. 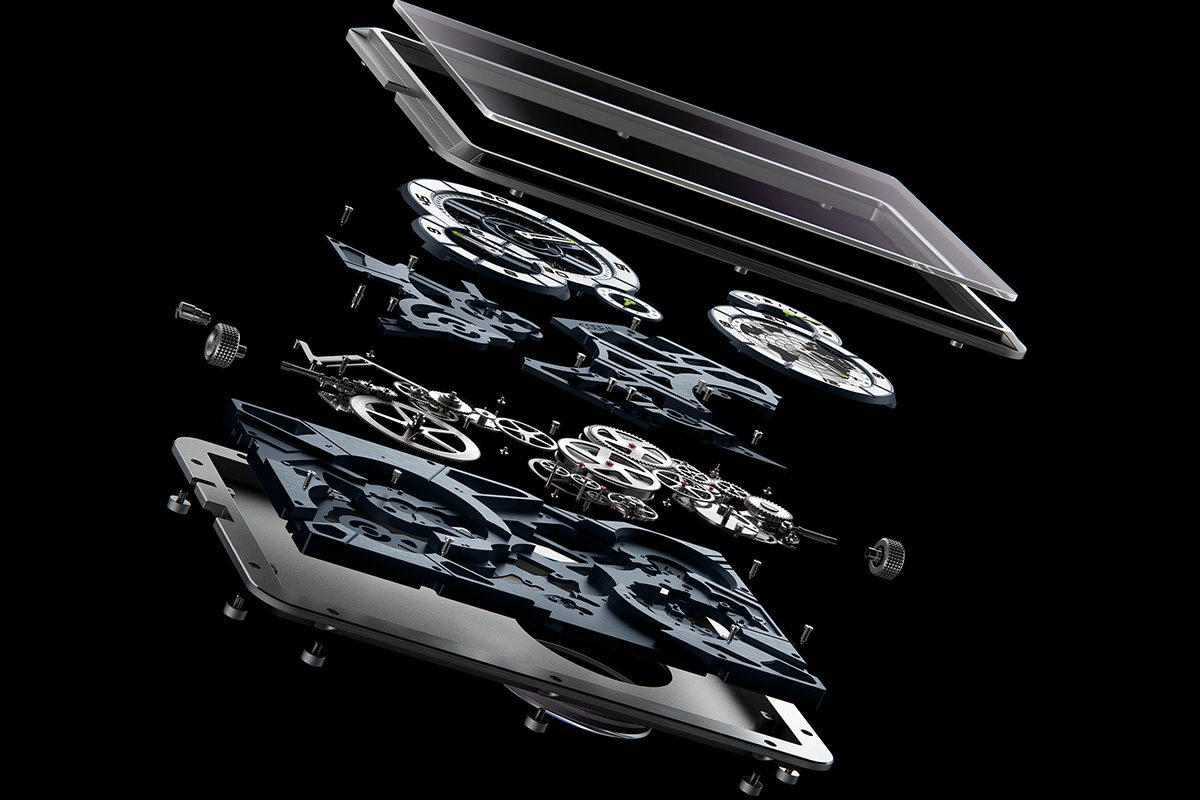 This was the challenge faced by Le Cercle de Horlogers, a movement maker based in Hauts-Geneveys, in the canton of Neuchâtel. D’Amore wanted to show as much of the movement as possible, allowing the owner to appreciate the mesmeric beauty of cogs, wheels and springs working together. This is challenging at the best of times – when you have a case that is this large and a rectangle, it’s even worse.

Le Cercle de Horlogers’ team of engineers had to decide where to put the wheels, and also importantly the holes needed for the time and date adjustment mechanisms. How they managed this is a subject on which they are remaining quiet, but they have taken certain measures to maintain the type of micrometric precision expected in watchmaking. And they managed to give the movement an incredibly impressive eight-hour power reserve. 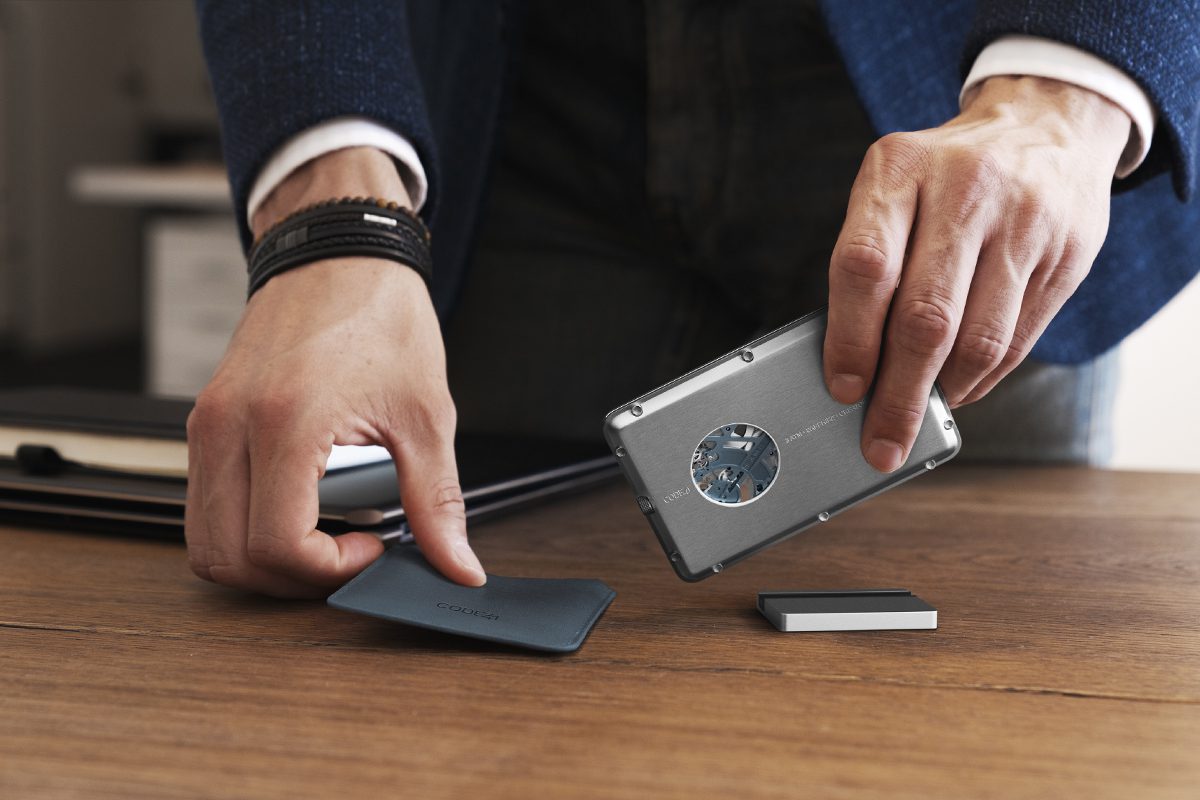 There is so much technical wizardry contained in this ultra-light 108x15mm rectangle, which also comes with a desk stand and an Italian leather travel case with credit card space, you’d expect there to be a quite few zeros on the bill. Thanks to CODE41’s direct-to-consumer business model, it’s just £9,950. For an amazingly complex timepiece. That fits in your jacket pocket.

Pre-orders opened on November 2 and, as with every CODE41 launch, it’s best not to spend too much time debating whether to add it to your collection as its watches disappear fast.

The Mecascape is a horological masterpiece, with enough tech-spec facts to dominate at least four pub conversations, and all for less than ten grand. What’s there to think about?