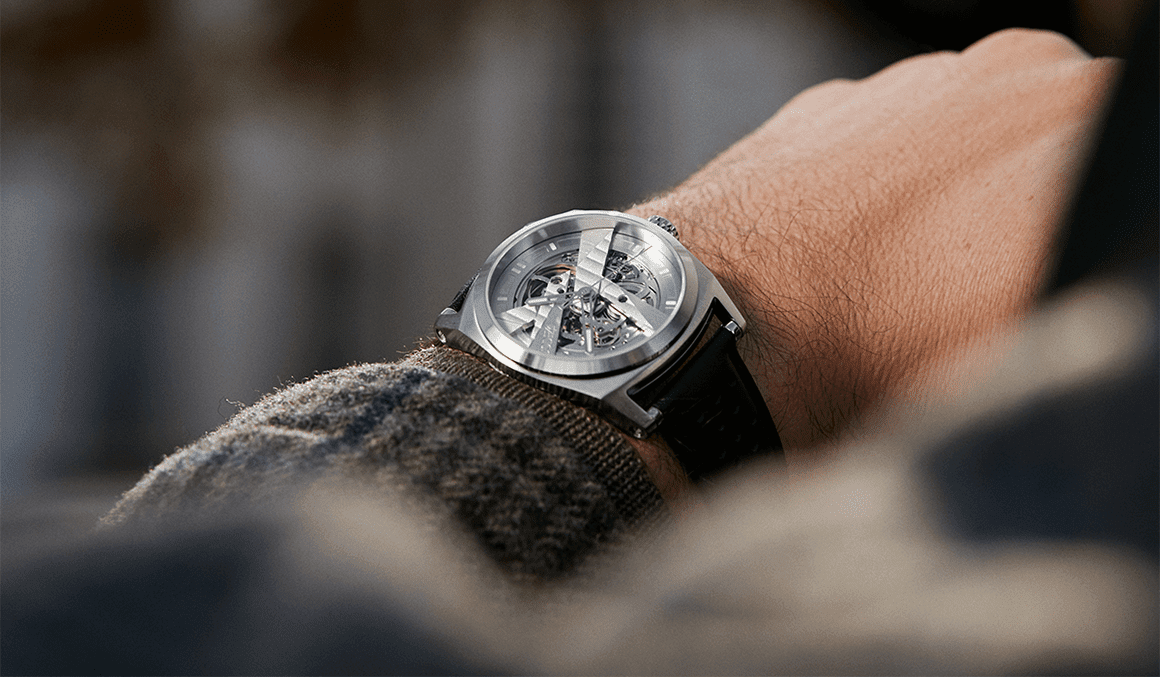 Impressive, magnificent, mysterious… if the watch industry had its way we’d all think of the average automatic timepiece as some esoteric, near-magical artefact that costs the world to own. The thing is, the industry as a whole has more in common with the Wizard of Oz than anything genuinely miraculous.

Yet once you’ve peeked behind the curtain just a little bit, it’s hard to forget what you’ve seen and to realise that, if the watch world were just a little more transparent, you might start wondering why your precious wrist candy actually costs so much. The guys behind CODE41 certainly did, and their discoveries spurred them to create the most transparent watch company in the world. This being the watch world I have to clarify that I don’t mean a collection of full sapphire cases here. The aim of Lausanne-based CODE41 is to offer high-quality mechanical watches at a fair price, while revealing precisely where that money goes. It’s a tall order, trying to upset as big and powerful a ship as the watch industry, but so far they’ve hit it like a torpedo.

After a successful crowdfunding campaign in 2016, the first CODE41 models hit on 8 November 2017 – an impressive collection, titled ANOMALY-01, of masculine yet elegant automatic watches at extremely affordable price points. So far, so good, though not exactly revolutionary. That came in 2018 with the inception of Project X41.

Sure it sounds like a UFO crash site, but the ideas behind Project X41 are far less outlandish than that. In fact, those ideas are positively down to earth – if you don’t intimately know the watch world.

CODE41 wanted to create a watch where telling the time was just a pretext to highlight the finest tenets of true watchmaking. After all, anything can tell the time; true horology goes well beyond that. For Project X41 that meant an in-house, skeletonised movement; unique dial architecture; an exclusive peripheral rotor and the finest watchmaking materials. That’s a tall order for any big watchmaker; for a microbrand like CODE41, it’s bordering insanity. Yet that’s not all.

I’ve seen similar-looking watches go for upwards of £15,000 and be considered good value for money. Often that involves paying for the brand name, sure, but even then skeletonised manufacture movements aren’t exactly cheap. The Project X41 cost just £5,390.

That sounds too good to be true, right? You’d be right to be sceptical nine times out of ten. This though is the one exception. If you want proof, it’s there in writing. Go onto any product page on the CODE41 website and you can easily find the company’s ethos of “total transparency”, with each major part of the watch listed with its cost price and country of origin.

The costs are actually similar to what any fine watch would be; the difference is what CODE41 does with it afterwards. There are minimal mark-ups compared to the brands that would position themselves in the luxury sector and there’s no traditional distribution, cutting overheads and therefore the mark-ups retailers would need. The result is a price that better reflects how much the watch is actually worth, without paying for billboard adverts, TV slots and A-list celebrity sponsorships. It’s a peek behind the curtain that will seriously get you thinking about how much you’re willing to pay for your dream watch. I’m not saying you shouldn’t invest more for a timepiece you feel you need in your life (I certainly have, plenty of times), but just that you don’t necessarily need to.

Still, all this would be a moot discussion if the end result was hideous. Fortunately, Project X41 looks the part. The skeletonised dial is magnificent, held together by big, architectural bridges that stop it getting too much for the eyes to handle. Flip the watch over and it’s just as “X”-ceptional (sorry). The reverse is dominated by X-shaped bridges, flawlessly machined and finished and, thanks to the peripheral rotor, perfectly visible too. 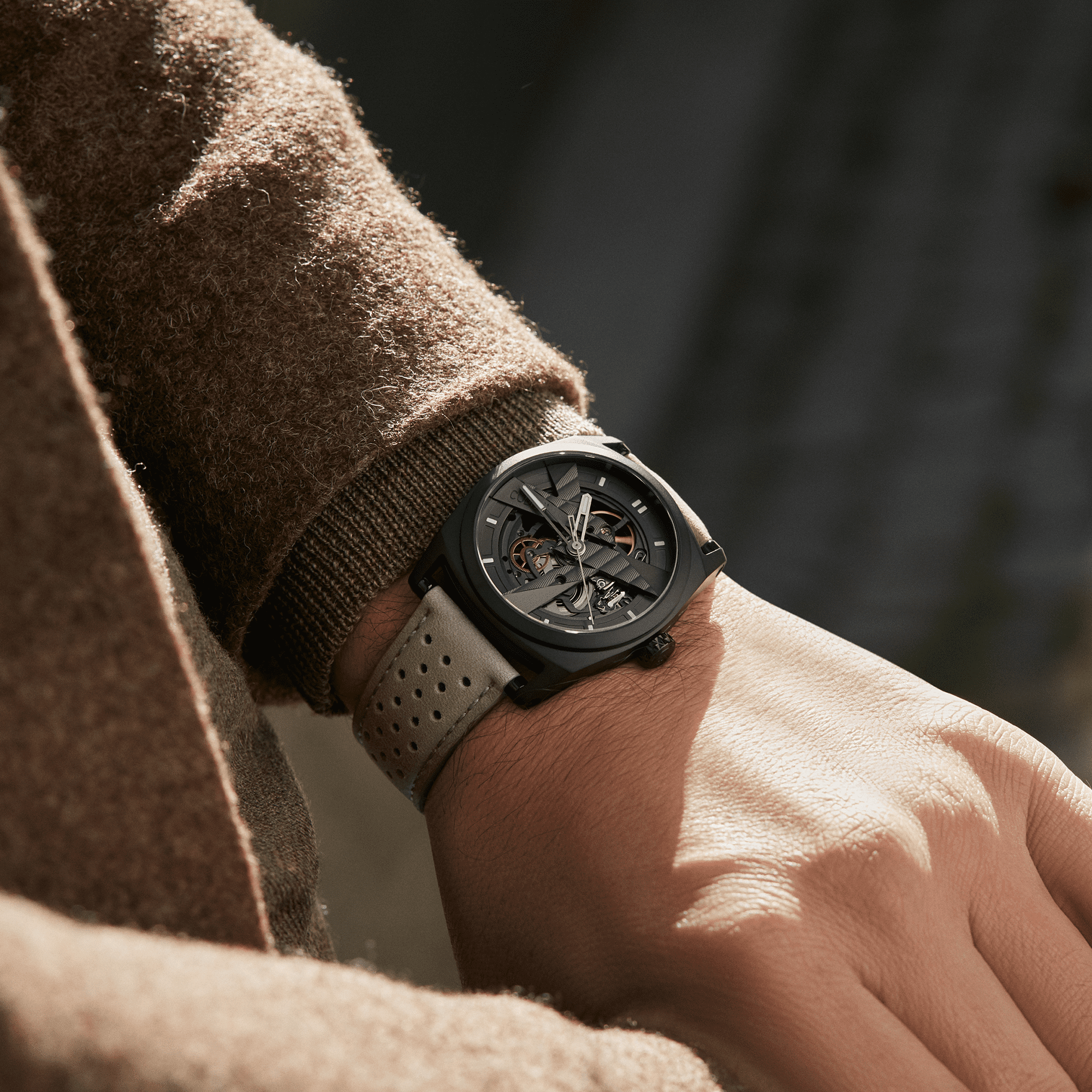 It’s a striking enough watch that many a brand would coast on it for a few years while they get their next big idea together. But then as you might have already guessed, CODE41 is not your average watchmaker. Instead, their most recent addition to their growing collection is the DAY41.

A much simpler timepiece than the X41, the DAY41 takes the same key elements and streamlines them into a much more accessible price bracket. The DAY41 was originally going to be a women’s watch, but feedback from collectors that didn’t want the usual diminutive, overly-feminine watches, meant that it has transitioned to gender-neutral.

That means 37 and 40mm case sizes and a number of different finishes, ranging from stealthy black DLC to a partially diamond-set number. All still have the same remarkable skeletonised dial architecture that made the X41 such an aesthetic tour de force, but with a pared-back automatic movement with a standard rotor. 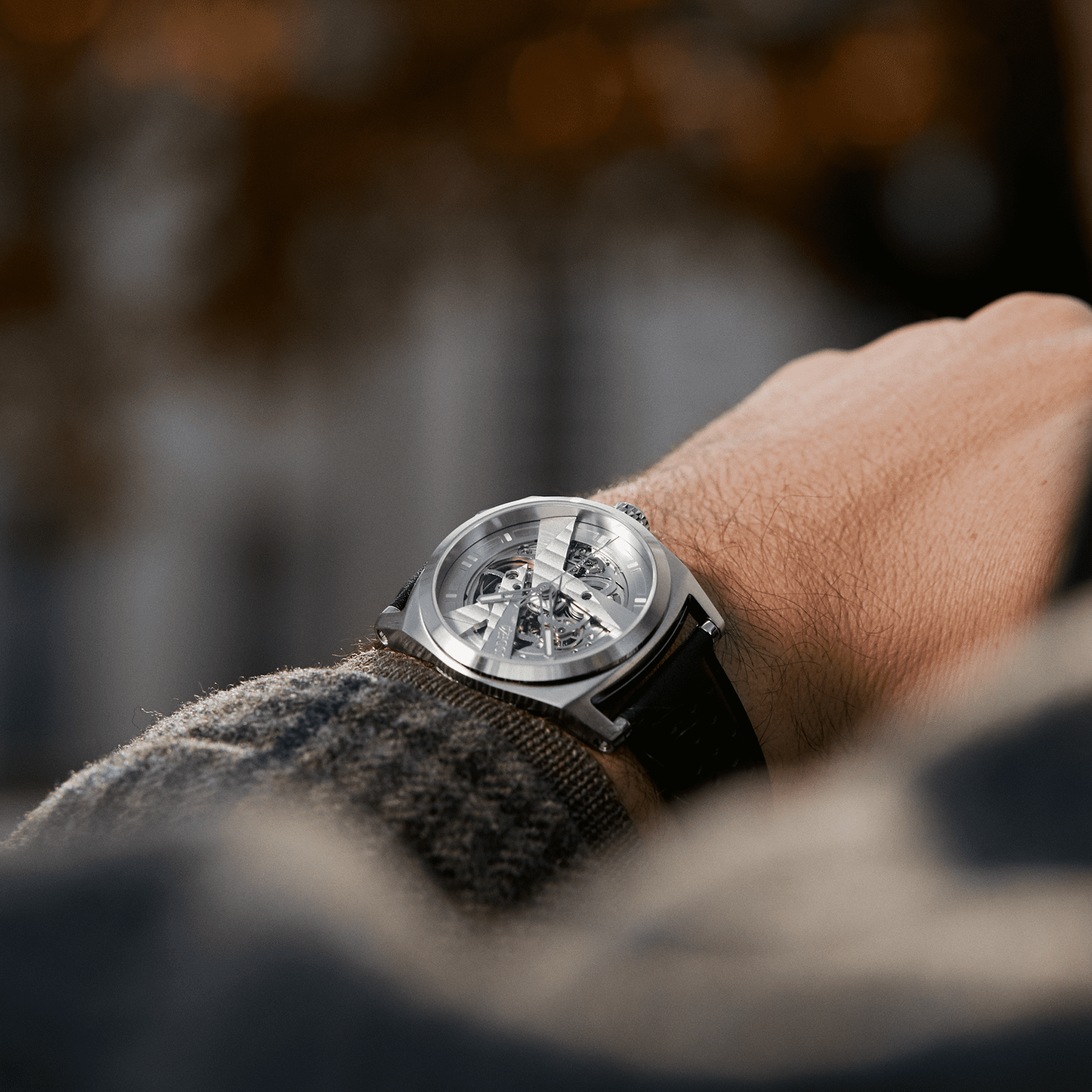 Visually that’s a small concession, but it means a huge amount for the price, clocking in at £1,075 for the starting model. The finishing and quality are as high as you would expect, but just in a more streamlined creation.

As I said at the beginning, the watch industry is full of mystery and wreathed in esoteric terminology like smoke. For some of us, that’s OK, it’s all part of the magic show. However, others can’t rest until they’ve discovered those tricks for themselves. For those insatiable shatters of the grand illusion, they’ll find a kindred spirit in CODE41.

In partnership with CODE41 – words and opinion Ape’s own.