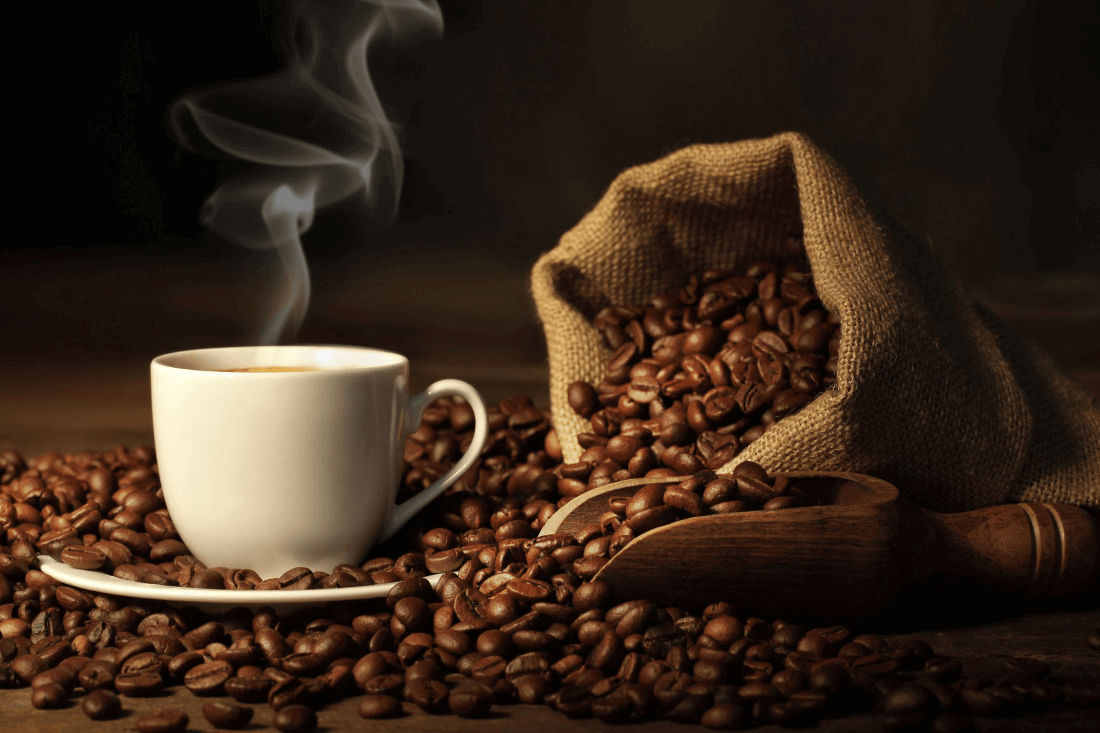 For coffee drinkers, pause a moment – and consider just how large a role coffee plays in your daily existence. Your morning wake-up call, you afternoon pick-me up or an after-dinner delight. Delicious, functional and often not enjoyed to its maximum. Instant coffee, is convenient and affordable, but lacking in taste. Therefore, we took it upon ourselves to dive deep into the world of coffee and unearth, in a 3-part series, it’s history, the finest blends and the best tools for maximising your coffee drinking pleasure. Part one begins with History.

Everyone recognises a roasted coffee bean but unless you have lived or traveled in a coffee growing country, you might not recognise an actual coffee tree. Pruned short in cultivation, but capable of growing more than 30 feet high, a coffee tree is covered with dark-green, waxy leaves growing opposite each other in pairs. Coffee cherries grow along the tree’s branches. It takes nearly a year for a cherry to mature after the flowering of the fragrant, white blossoms. Because it grows in a continuous cycle, it is not unusual to see flowers, green fruit and ripe fruit simultaneously on a single tree. The trees can live as long as 20-30 years and are capable of growing in a wide range of climates, as long as there is no harsh fluctuation in temperature. Optimally, they prefer a rich soil and mild temperatures, with frequent rain and shaded sun.

Coffee traces its biological heritage to a genus of plants known as Coffea. Within the genus there are over 500 genera and 6,000 species of tropical trees and shrubs.  Considering that coffee plants can range from small shrubs to tall trees, with leaves from 1 to 40 centimetres in size, and from purple or yellow, to the predominant dark green, in colour, it has been estimated that there are anywhere from 25 to 100 species of coffee plants. In the commercial coffee industry, there are two important coffee species – arabica and canephora, more commonly called robusta.

Descended from the original coffee trees discovered in Ethiopia.  These trees produce a fine, mild, aromatic coffee and represent approximately 70 percent of the world’s coffee production.

Grown in Central and Western Africa, parts of Southeast Asia, including Indonesia and Vietnam, and in Brazil. Production of robusta is increasing, though it accounts for only about 30 percent of the world market. Compared with arabica, robusta beans produce a coffee which has a distinctive taste and about 50-60% more caffeine. Robusta is primarily used in blends and for instant coffees.

Coffee is grown in about 70 countries around the world, so it’s difficult to decide where the very best beans are produced. In light of this we enlisted the expert-help of Mr Guy Eardley-Wilmot, Coffee Taster at Sea Island Coffee who spills the beans and takes us on a quick voyage around some of the world’s main coffee growing regions.