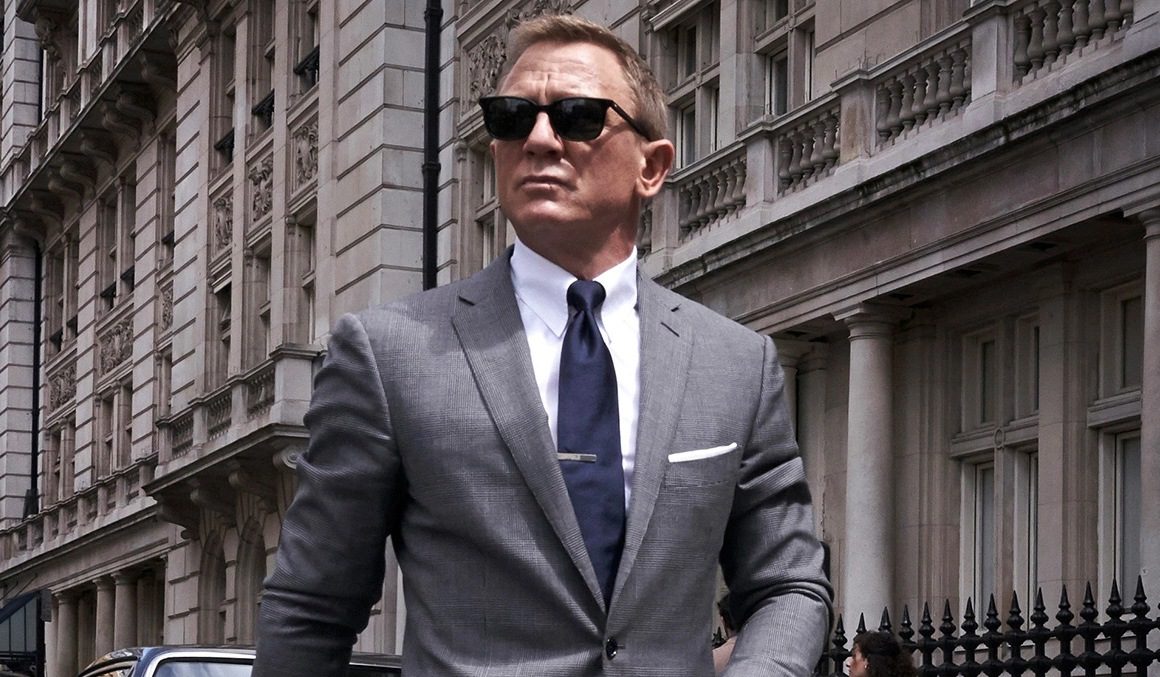 Good news: there’s an avalanche of culture coming your way this year, with soon to be classic films, series, books and exhibitions coming thick and fast. The bad news? You’ve only got around 10 months to consume it all in. And that’s without the added pressure of catching up on all the things you missed in 2019. Tough life, hey?

So here it is, the Ape Culture List for 2020 – bringing together all of the things we’re excited for this year.

The widely anticipated follow up to the 2018 surprise box office hit of the same name. The John Krasinski-directed sequel returns with Emily Blunt, Millicent Simmonds and Cillian Murphy all trying to stay as quiet as possible to avoid certain death at the hands of a bunch of extremely noise-sensitive monsters. They now face the terrors of the outside world, soon realising sound-hunting creatures are not the only threat as they venture into the unknown.

There was a lot of angry dads on twitter when this was first announced. What was originally teased as a female Bond – similar to the female Ghostbusters and Ocean’s reboots – soon turned out to be a mountain made out of a molehill. Daniel Craig’s on board, Phoebe Waller-Bridge is a part of the writing staff and the trailer promises enough classic Bond to keep everyone happy.

The budget’s massive, the action looks epic and it’s Nolan’s latest film. What’s not to love? TENET promises to be the blockbuster of the summer. Made for IMAX, expect huge cinematic thrills, David John Washington and Robert Pattinson leading an impressive cast, and the plot to be kept firmly under wraps until release.

In The Heights (7 August)

Based on the Broadway musical of the same name, this Jon M Chu-directed film from the minds behind Crazy Rich Asians and Hamilton is set to be a box office smash. Taking place across three days in Washington Heights, New York’s Dominican-American neighbourhood, In The Heights promises to be a musical tour de force arriving on screens during peak summer.

The latest in the Kingsman series is a period spy film directed by franchise stalwart Matthew Vaughn. An origin story of sorts, Ralph Fiennes takes over Colin Firth’s role as the wise old spy teaching another young but promising upstart. Said man must race against time to stop the world’s most dangerous tyrants gathering together for a war that risks wiping out civilisation.

The Many Saints Of Newark (25 September)

A lot to look forward to and a lot to worry about. No pressure lads. An origin story for the much-loved The Sopranos, TMSON will be written by David Chase, the writer behind the original series, with a cast that includes the son of James Gandolfini (Michael) and, amongst others, Ray Liotta. Filmed in New Jersey, the film tells the story of Tony’s formative years. Details are still largely under wraps.

Not quite a Christmas blockbuster of the Star Wars kind, but nonetheless a huge cinematic showstopper to end the year on. Marvel’s The Eternals follows on from the success of the Avengers series, with an all new romp through the comic-based universe. The cast includes the likes of Richard Madden, Angelina Jolie and Salma Hayek.

The first of a two-part adaptation of the 1965 Frank Herbert classic novel, Denis Villeneuve (Arrival, Bladerunner 2049) directs this sci-fi epic set for a late 2020 release. Starring Timothee Chalamet, Oscar Isaac, Josh Brolin and Javier Bardem, the dystopian desert planet epic is likely to be another box office smash for Villeneuve with what will no doubt be a triumphant score from Hans Zimmer.

Intense crime drama courtesy of a Stephen King novel, so expect chills and thrills. After the murder of a young boy, detective and lead investigator Ralph Anderson (Ben Mendelsohn) must get to the bottom of the mystery after supernatural forces throw the case into doubt. Expect trademark King suspense with a nifty turn from Mendelsohn.

If you’ve already seen it and you live ion the UK, you shouldn’t have. Slap on the wrist. The Star Wars spinoff – which was released in the US late last year and left a lot of people both sides of the Atlantic yearning for a Disney+ free trial – is set after the fall of the Empire and just before the emergence of the First Order. You’ve seen the Baby Yoda memes, you know you’ll end up watching it.

Described as the voice of contemporary Irish literature, Sally Rooney’s best-selling novel Normal People is about to adapted for the BBC.. The book, which was long-listed for the 2018 Man Booker Prize, follows the lives of two teenagers growing up in Ireland. The screenplay is penned by Rooney herself and even if it’s only half as good as the book it’ll be a must watch.

Eve and Villanelle will be back this year with the third instalment of the award-winning series, which was originally adapted from the Codename Villanelle novels (written by Luke Jennings) by Fleabag’s Phoebe Waller-Bridge. The direction and show-writing baton will now be passed to Suzanne Heathcote, a show runner from the previous series. Set to air in April, the series will pit the two female leads against each other once again after an unexpected death puts the two on a collision course.

House of the Dragon (HBO, TBA)

Still a lot of mystery surrounding this one but a late 2020 release and 10-episode run has been circulated for a while. Essentially a Game of Thrones prequel, HOTD is set to be another HBO tour de force capitalising on the success of the original cult franchise. Based on the GOT companion book Fire & Blood, the series is likely to follow the book closely with plenty more trademark thrills and battles.

Your favourite alt-rock, soft-psych Australians are back with another album of undoubtedly addictive and radio-friendly hits. People have said it’s the best Tame Impala album yet, but we’ll let you be the judge of that. Lost In Yesterday, the year’s first taste of the album, was an enjoyably smooth taste of what’s to come.

Everyone’s favourite lo-fi techno producer and creator of timeless earworms like ‘Odessa’ and ‘Sun’, Caribou (AKA Dan Snaith) has a new album out this year and there’s absolutely no doubt that it’s going to be good. Singles ‘You and I’ and ‘Never Come Back’ are set to be future favourites.

Run The Jewels 2 was one of the best albums of the 2010s (don’t @ us). Which means the latest Run The Jewels is an exciting prospect indeed. With no solid release date but expected before the duo (Killer Mike and El-P) play Coachella in April, the new release is one to keep an eye on.

Julian Casablancas has confirmed it – there’s a new Strokes album out this year. We don’t know when, but it’ll be the first since 2013 and is likely to feature a track called ‘Ode To The Mets’, which has been getting a run out at recent gigs.

The boys have been busy. Once a niche indie outfit, now a world-conquering pop super unit, lead singer Matty Healy has had to come out and remind everyone exactly how busy they’ve been, thus the release of their latest has been pushed back from February to April. Expect classic 1975 with the delay having no effect on the impressive 21-track album.

Last but not least, the biggest album release of the year will come courtesy of Adele. Following on from the chart-topping, record-breaking success of ’25’, her latest is likely to be out before Christmas this year with her manager confirming a 2020 release. 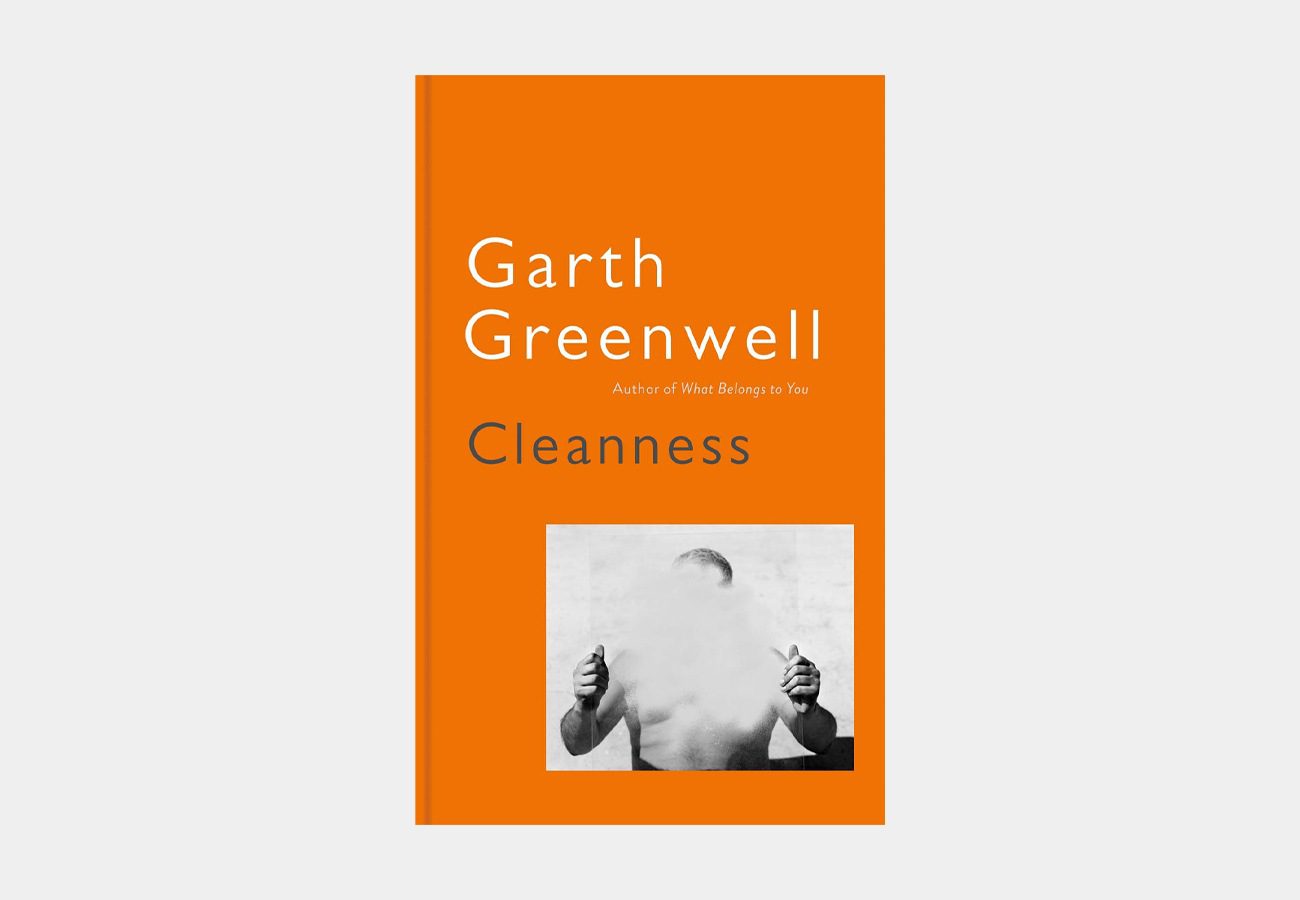 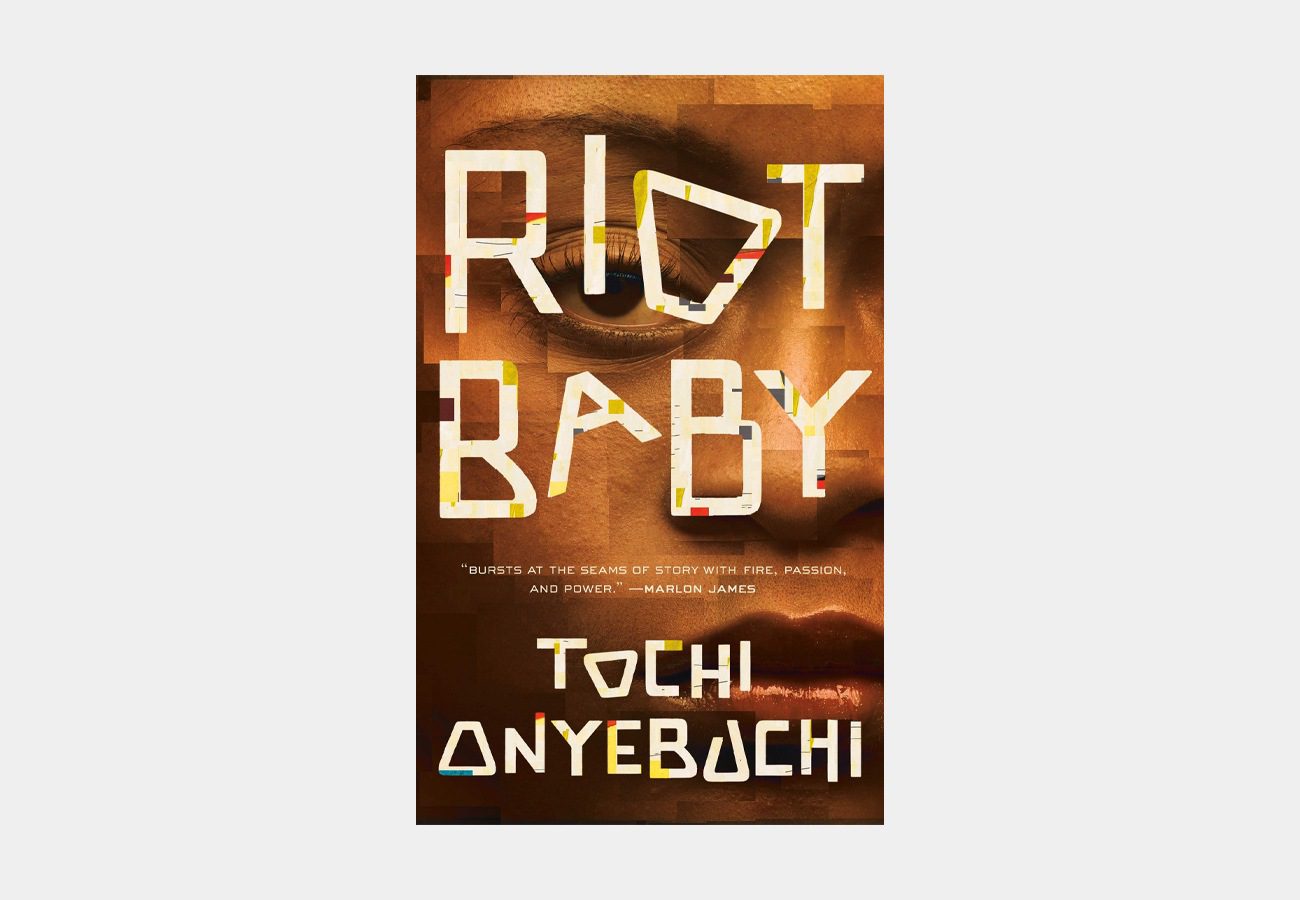 This year, few books will pack more into a slimmer offering than Tochi Onyebuchi’s Riot Baby. In a supernatural version of reality, racism and institutional prejudice are laid bare through the story of an extraordinary family with special powers. No doubt one of the most consumable books of the year. 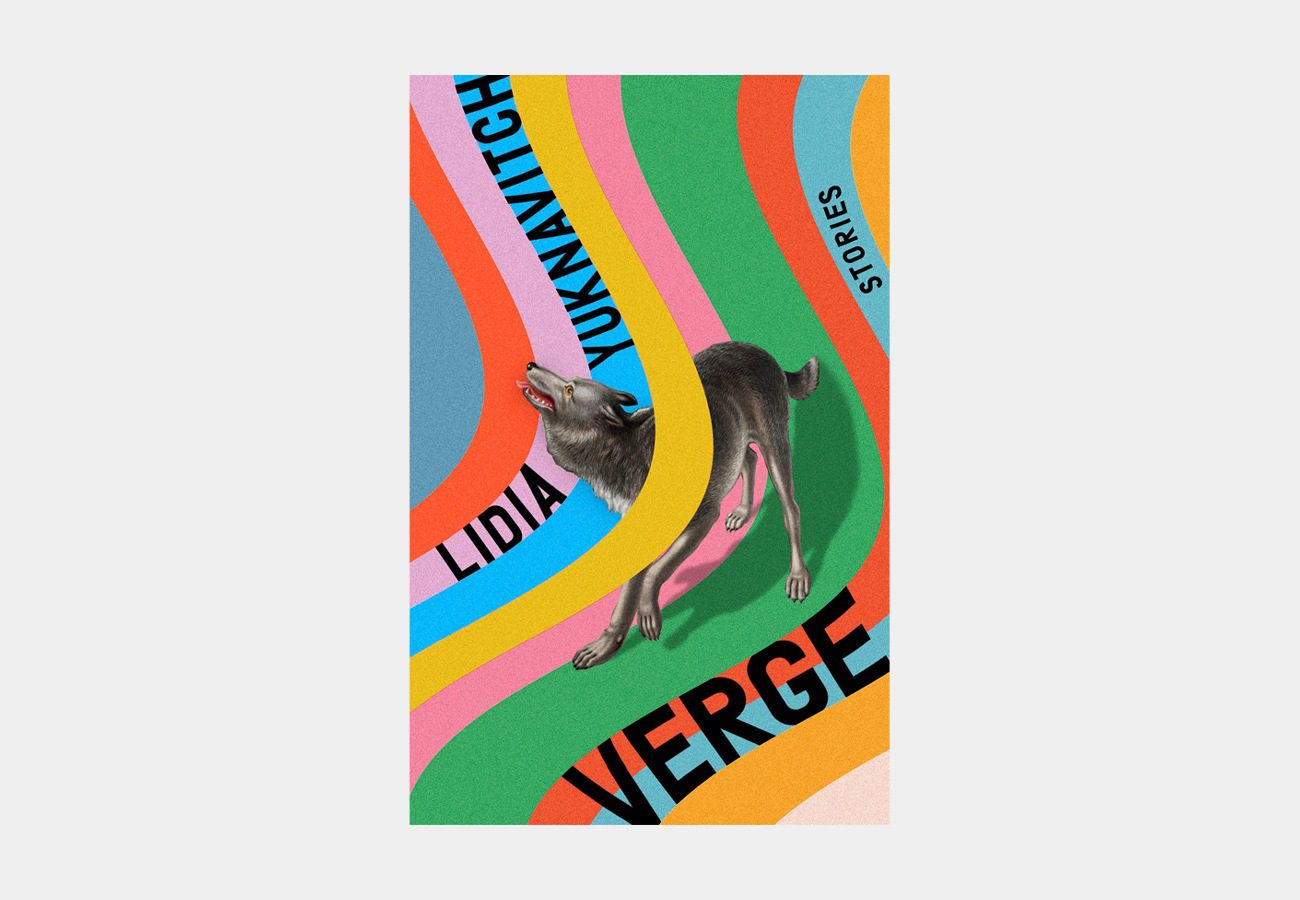 Short story collections don’t get the credit they deserve. Big, award-winning novels traditionally get all the praise, but for that nourishing drip-feed of imaginative storytelling we recommend you read at least one collection this year. Verge is a good place to start. Characters forced to the edges of society play out stories which take in a variety of emotions and desires set against the gritty reality of daily life. 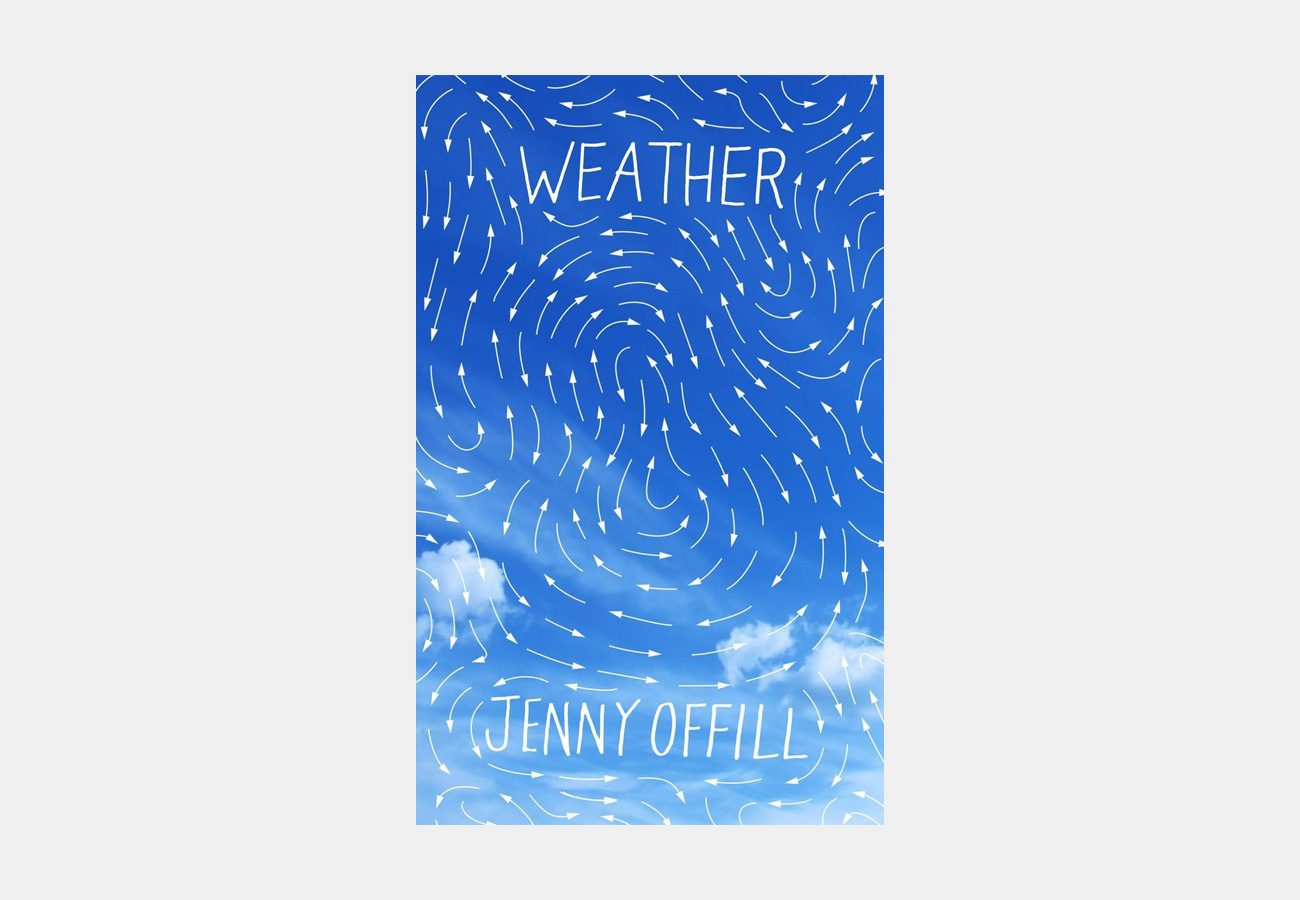 Her 2014 novel, Dept. Of Speculation, made many of that year’s lists and provided a heart-breaking insight into a disintegrating family. This time around, that same heart-pumping emotion is channelled into the topic of climate change. University Librarian Lizzie contemplates doom in a variety of aspects as friends, family and the world struggle around her. Classic wry wit meets contemporary crises facing the world as we know it. 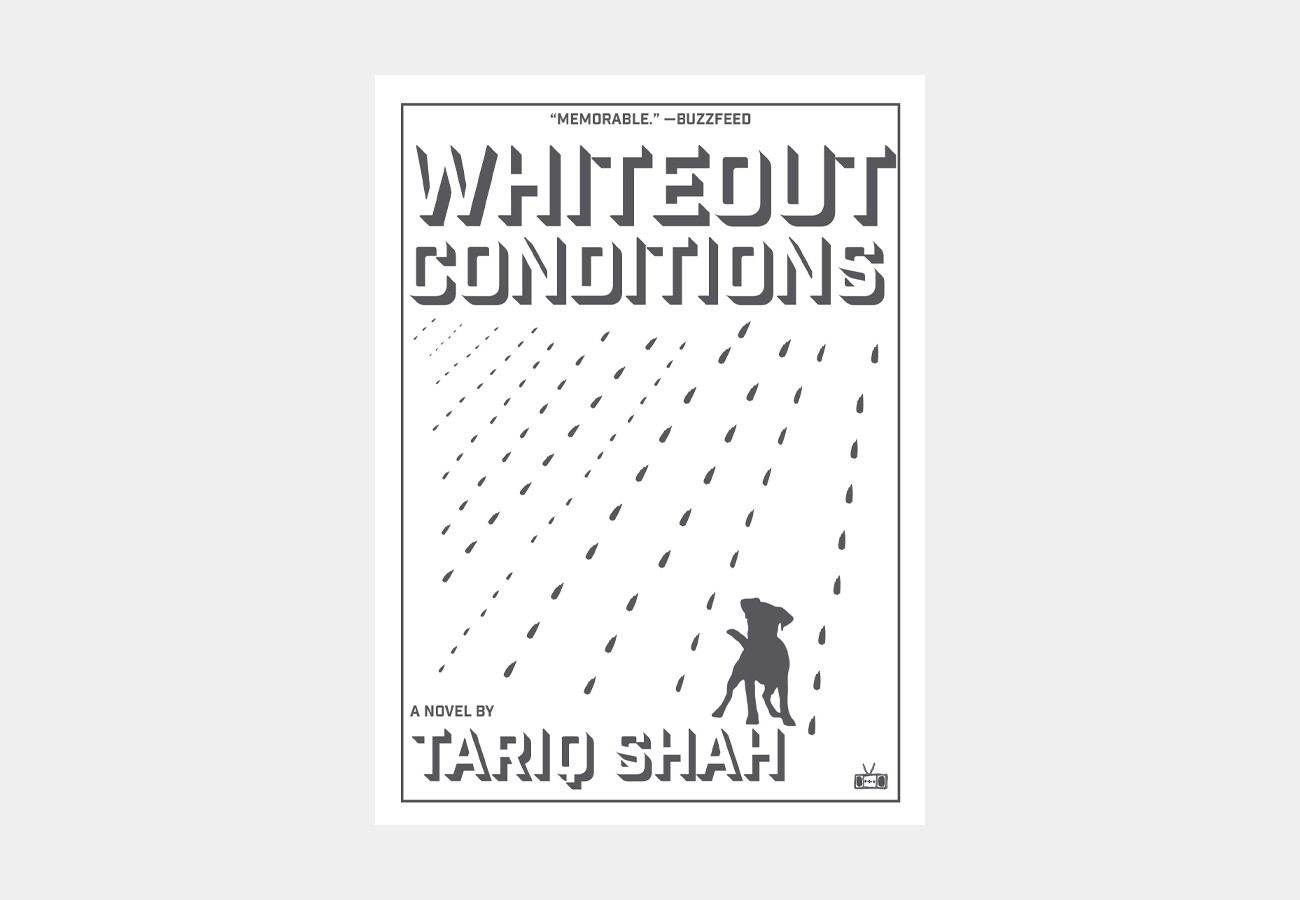 Another skinny novel for readers seeking something short and arresting for their coat pocket. Shah’s debut novel tells the story of Ant, an East Coast resident heading home to Illinois for the funeral of a best friend. Ant’s trip leads to uncovering old wounds, the realities of growing up, and the perils of prescription drugs along the way. 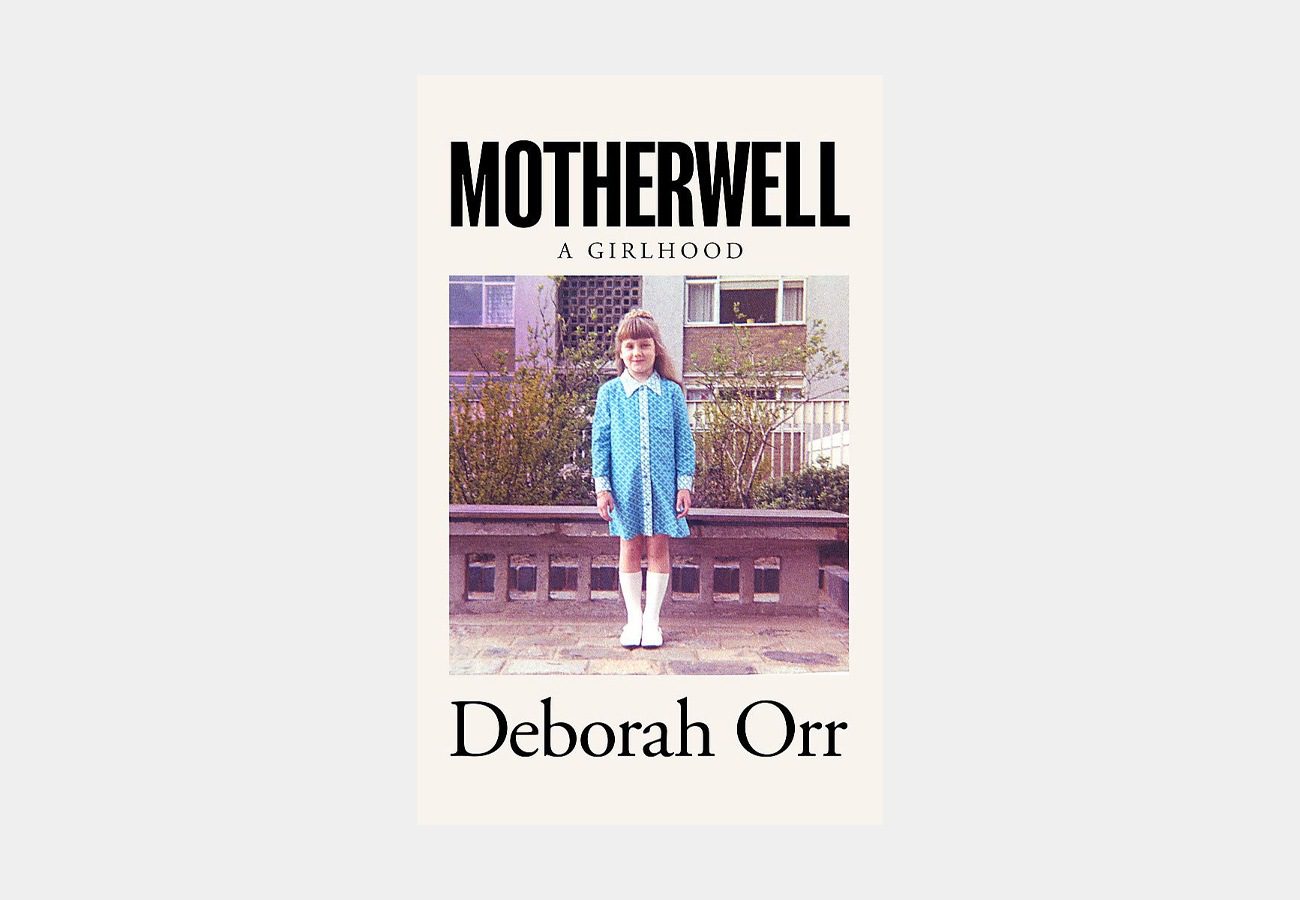 Motherwell is the triumphant memoir from the late Guardian journalist Deborah Orr, who sadly passed away last year. Set in her Scottish hometown, detailing her gritty youth and an environment of working class decline, the award-winning columnist’s memoir is everything you’d expect from one of the best journalists Scotland has seen of late. A sparkling legacy for a talented firebrand. 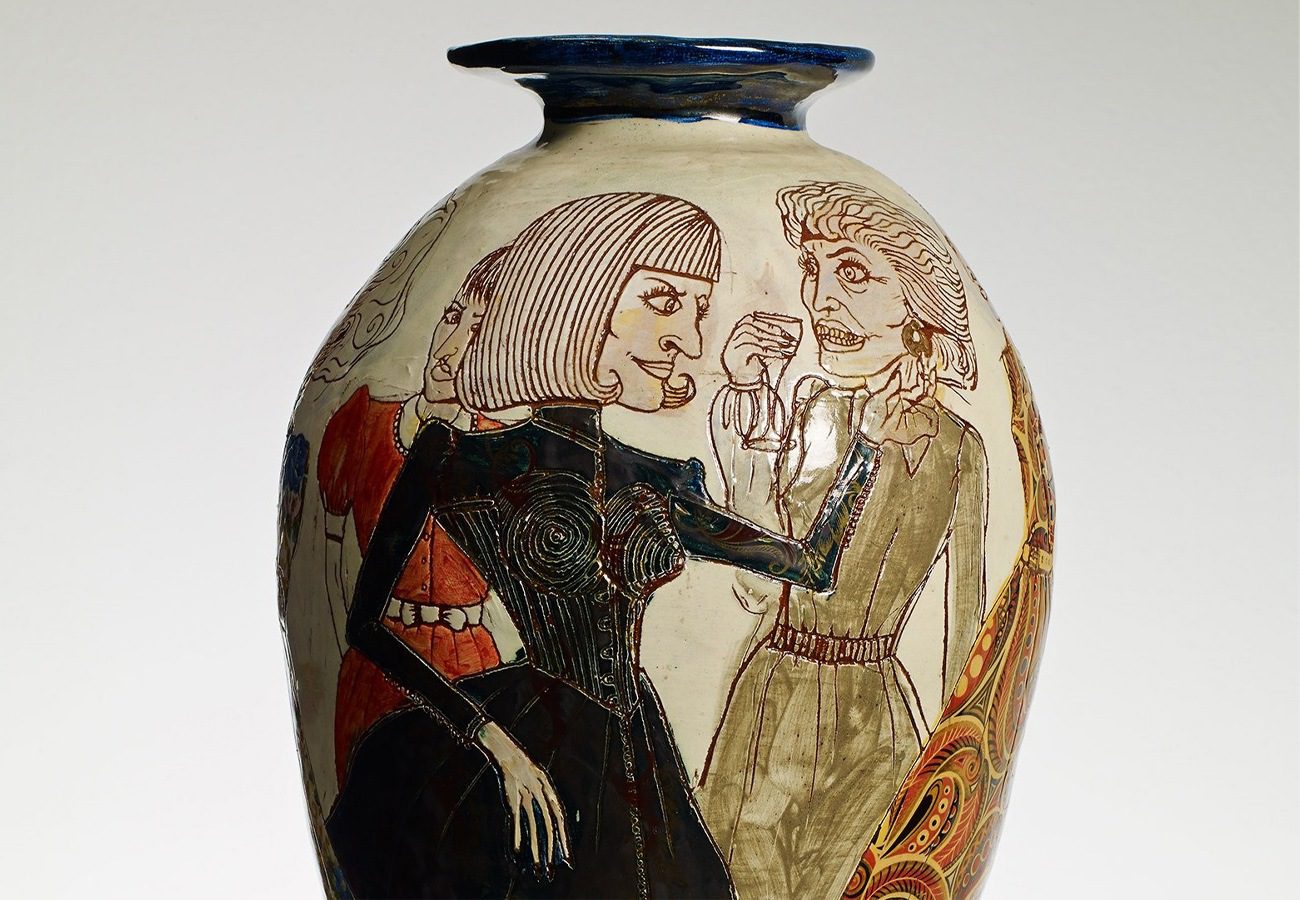 An exhibition showcasing the Turner Prize winner’s early pottery work, before said Turner Prize. An appeal was set up to source the collection of works and Perry inspected the subsequent haul to weed out the fakes before adding a few bits. The exhibition runs until May and is the perfect excuse to visit one of Britain’s most delightful cities. 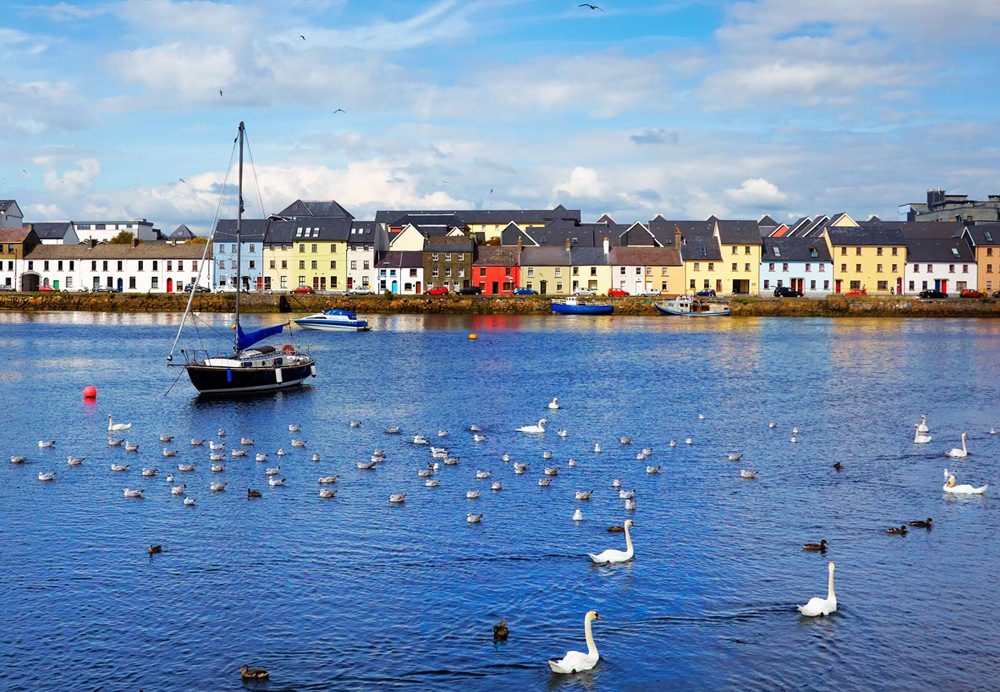 All sorts going on this year in Galway. The 2020 European City of Culture promises an exciting selection of exhibitions, theatre and events. Mirror Pavilion by artist John Gerrard, Savage Beauty by Finnish light artist Kari Kola and a new telling of literary epic Gilgamesh are just a few of the highlights from a jam-packed calendar. 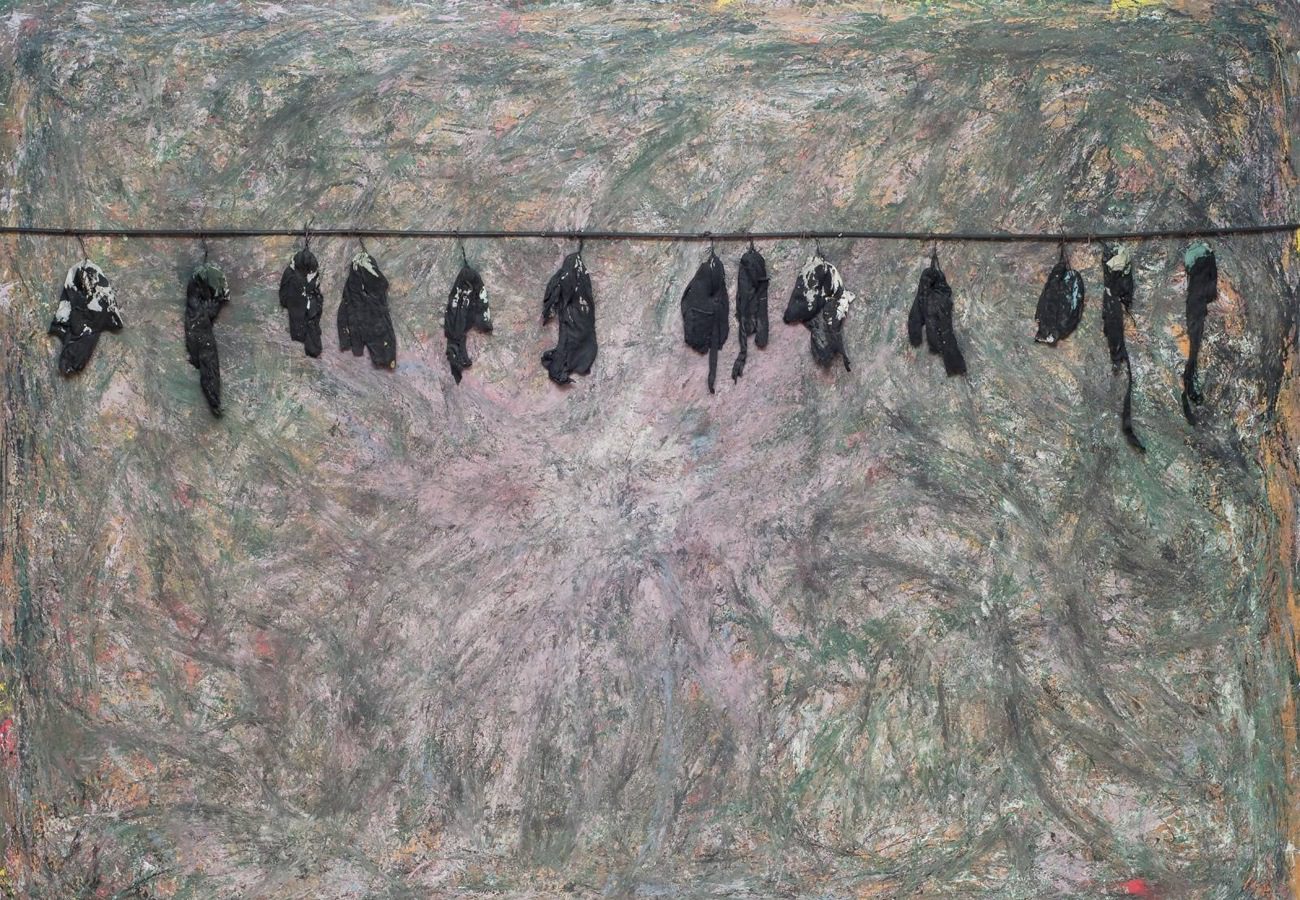 Obviously there’s a million and one things happening in London, but it’s important to get out and about too – so why not check out the Turner Contemporary in Margate? February sees the start of We Will Walk, a group show comprising works by 20 African-American artists working in and around Alabama in the 1950s and 1960s as part of the civil rights movement. 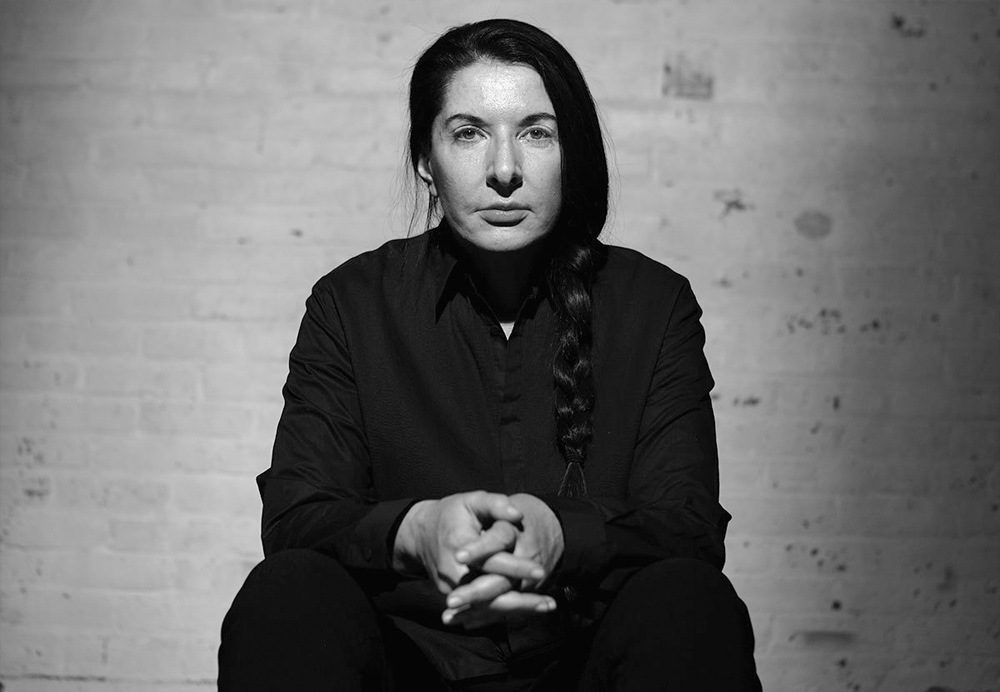 Another biggy in the capital. One of the world’s most important performance artists presents the first-ever UK exhibition spanning her life’s work – including live re-performances of iconic work as well as new pieces exclusively for the RA. Ticket details haven’t been released yet but expect them to sell out fast. 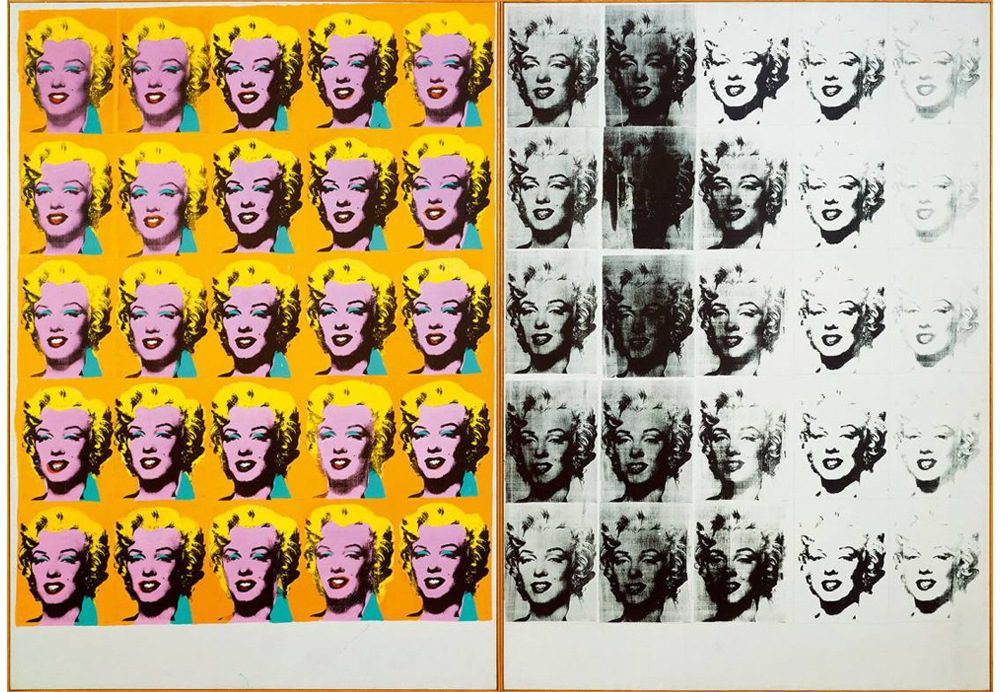 The big one. That man again. This time, Tate Modern offers a new look into the extraordinary life and works of the world’s favourite pop art superstar. The major retrospective will be the first Warhol exhibition at Tate Modern for almost 20 years, with a mixture of classic works and exclusive never-before-seen pieces. There’ll also be an interactive element with multimedia works. 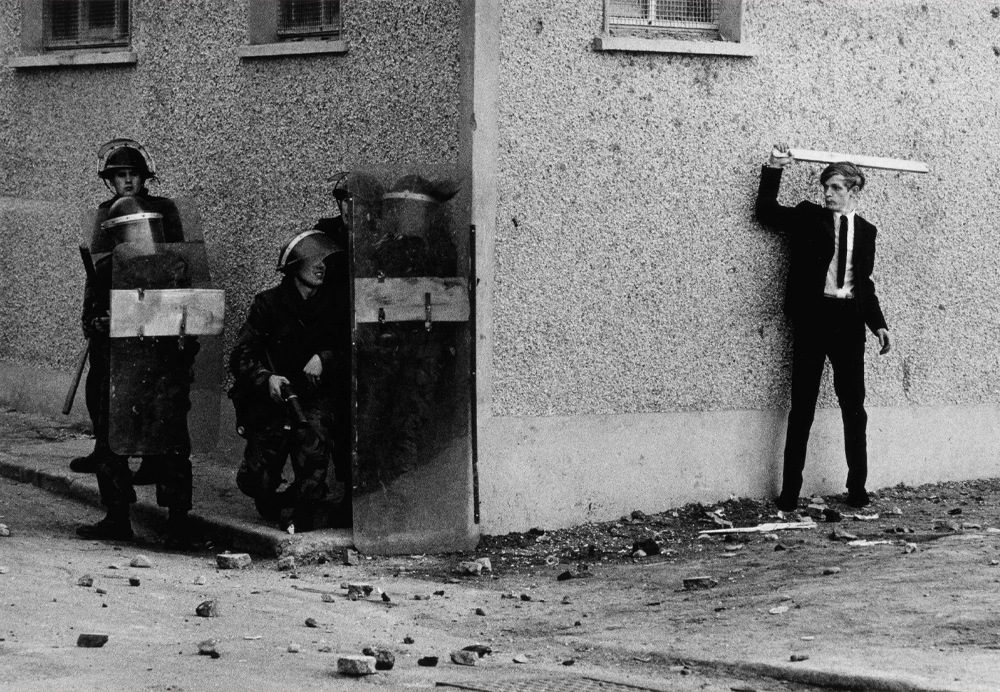 A north-west stop off for this hugely popular Tate Britain show from renowned photojournalist Don McCullin. Boasting over 250 photographs spanning 60 years of work, the Liverpool show will also feature a special collection of images capturing the life and industrial setting of Liverpool and other northern towns during the 1960s and 1970s.