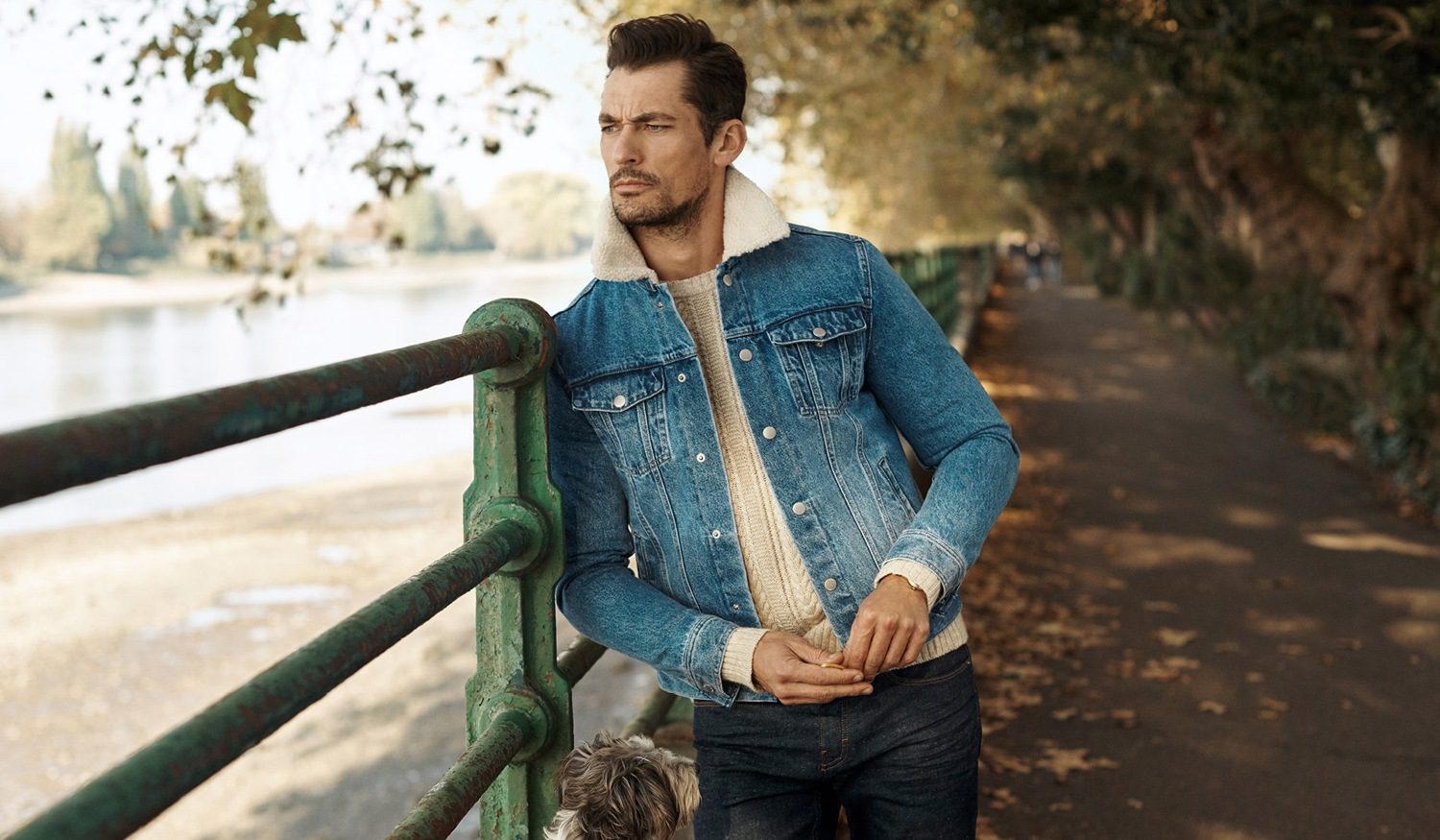 Double denim: the Marmite of the menswear universe. This notoriously divisive look has been aggressively dipping in and out of popularity for the best part of a century. It has a unique ability to look either achingly cool or catastrophically bad, with little room in the middle. For a reference point, simply Google ‘Steve McQueen double denim’ and ‘Justin Timberlake double denim’. Now compare.

This polarising wardrobe choice has been something of a no-fly zone for the last 20 years. But if you have the sartorial chops and required styling nous, there’s no reason you can’t pull it off.

Getting double denim right isn’t difficult. All you really need to do is follow a few basic guidelines and you can make it work for you. It’s also helpful to have a visual guide and some ideas to build on, which is why we’ve pulled together a few of our favourite failsafe double-denim looks for you to draw inspiration. Think of it as a cheat sheet for menswear’s trickiest but most high-payoff power move.

If you haven’t dabbled in double denim up until now, this is probably the reason why. The Canadian tuxedo has gained a reputation as a bona fide fashion crime. Not just a risky move; a complete no-go area.

But it hasn’t always been that way and it needn’t be even now.

In the early 1900s, double denim was popular in the United States, but only as workwear. It took until the 1950s for it to catch on as a fashion move, thanks largely to the likes of Elvis Presley and Marilyn Monroe. 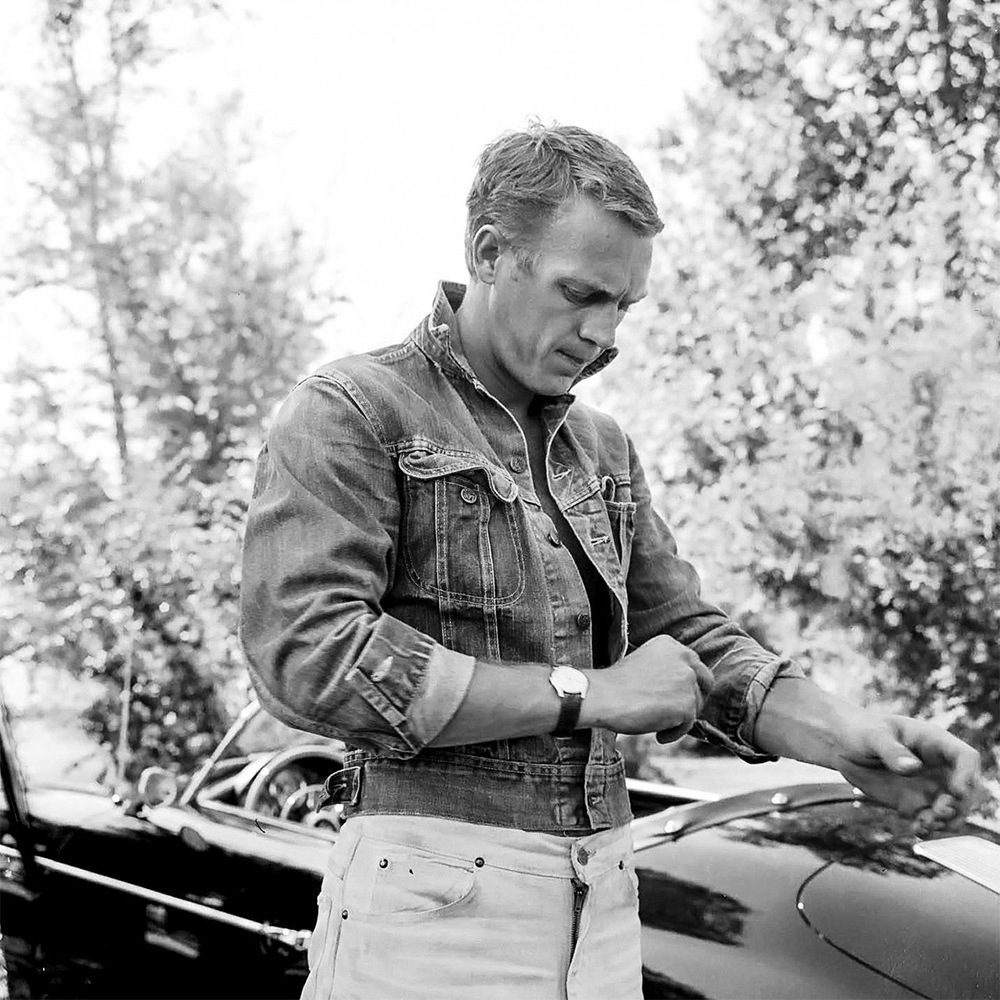 Steve McQueen showing how double denim should be done

In the decades that followed, double denim remained a totally valid wardrobe option. From Marlon Brando to Steve McQueen to Ralph Lauren himself; some of menswear’s biggest tastemakers and trendsetters experimented with the look. But things took a turn for the worse in the early 2000s. That same resurgence that cursed us with Timberlake’s denim fedora came as the final nail in double denim’s coffin.

From that point on it became off limits to anyone who didn’t know the secret to pulling it off: contrast. With the exception of all-black, mixing different shades is the key to making double denim work. Remember that and you’ll be halfway to nailing one of menswear’s most challenging combos. Probably the easiest way to pull double denim off is to go for the high-contrast approach. By that, we mean opting for opposing shades top and bottom to create a clear distinction between the two denim garments.

This look places a white denim jacket next to a pair of raw denim jeans. It doesn’t feel double denim-y at all in the traditional sense, because the colours are so different, but it still offers all of the good parts about having an all-denim outfit – texture, durability and so on.

Yet monochromatic looks aren’t for everyone. One simple way you can spice things up is to use a patterned tee to inject a dash of personality. This particular look uses a subtle grey striped option, but other styles would work too. In colder weather, swap the T-shirt for some knitwear. A fine-gauge roll neck would do the trick nicely. Generally speaking, double denim is at its worst when the shades are too closely matched. Head-to-toe stonewash or mid-wash, for example, should be left well alone unless you’re heading to a fancy dress party as a cowboy… or Justin Timberlake circa 2001. This colour-matching rule is true in 99.9% of cases, all-black everything being the exception.

Black allows denim to be stealthy. The dark shades tone down the fabric’s trademark textured look and allow it to blend in rather than jumping out. If you want to work more denim into your wardrobe but avoid looking like a Texan rancher, this is the way to go.

If all-black feels a little too stark, add a subtle hint of tonal contrast. Dark greys in charcoal shades work well with black, bringing depth to your outfit while keeping things appropriately understated. Mixing shades is key when it comes to double denim, even if they’re all from the same base colour. Take this all-blue look for example. It works because every shade is slightly different. It’s double denim, but not as you know it.

This particular outfit places one light-blue piece against a dark-blue backdrop (black would work just as well). This allows the lighter coloured garment – in this case, a denim shirt – to act as the focal point while everything else blends into the background.

Everything is roughly the same colour, but there’s enough contrast between the different shades of blue to make the outfit work as a whole. We’re big advocates of keeping it simple. Less tends to be more where style is concerned and this minimalist approach to double denim illustrates that perfectly.

There are only two colours going on here – blue and white – but it’s enough to make it work. Again, clear contrast between the legwear and the top is what makes this look a winner in our book. Couple that with some simple white sneakers and you’re onto a winner.

The blue-and-white approach is always a solid option when it comes to double denim, minimalist or otherwise. These two colours are always going to look great together, so if in doubt revert back to them. 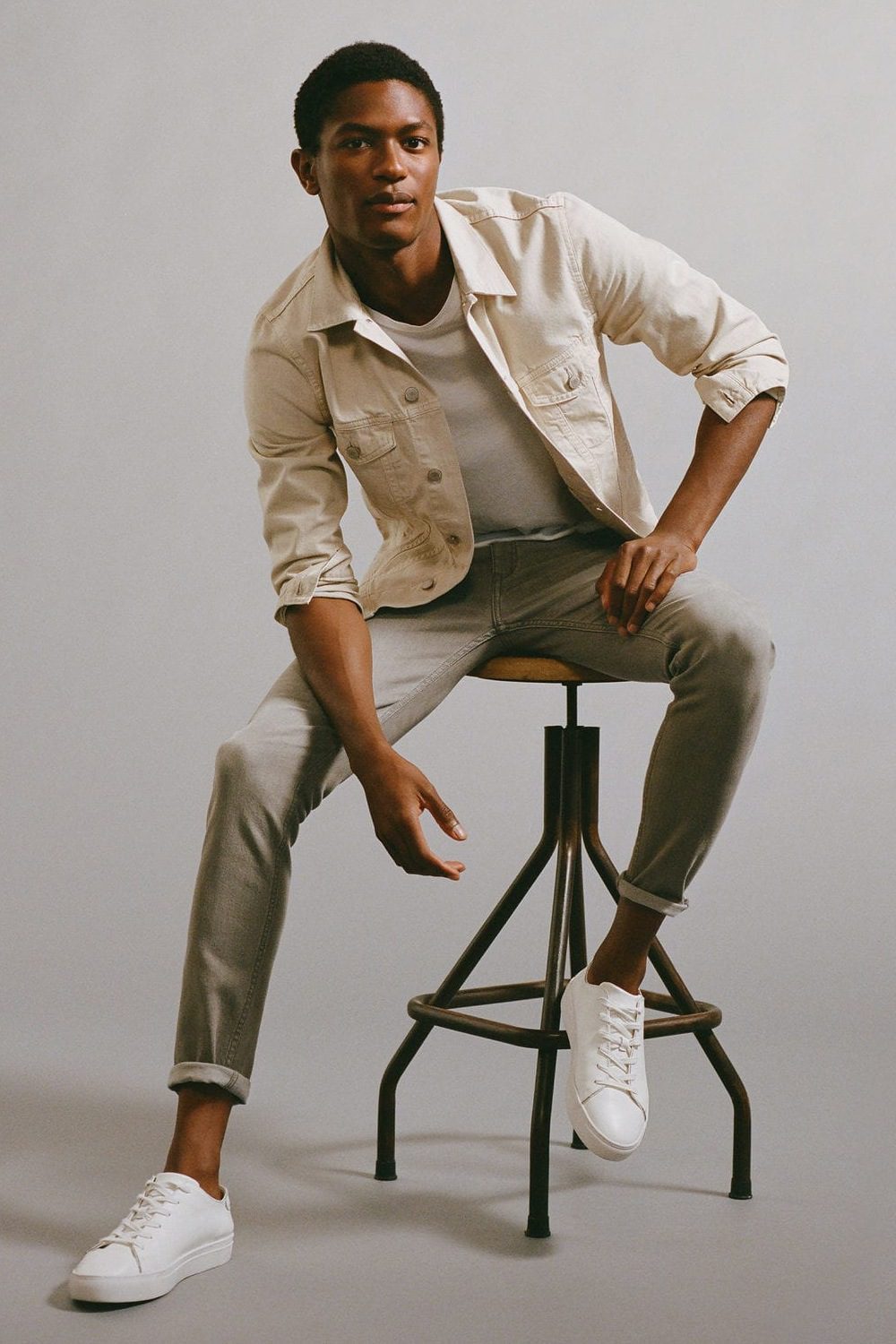 Just as dark shades of denim work well together, so do light. Sandy, earth tones like cream, stone, off-white and light grey should be your go tos when it comes to nailing double denim in the warmer months.

This look is based around a light colour palette. Use plain white as your anchor colour to get it right. Here, the T-shirt and sneakers serve as the base while the cream jacket and light-grey jeans bring the colour to the table, albeit very subtly.

If you want to mix it up, there’s no reason the same outfit can’t work with a dark jacket instead. Think light jeans, light T-shirt and a raw or even black denim jacket. 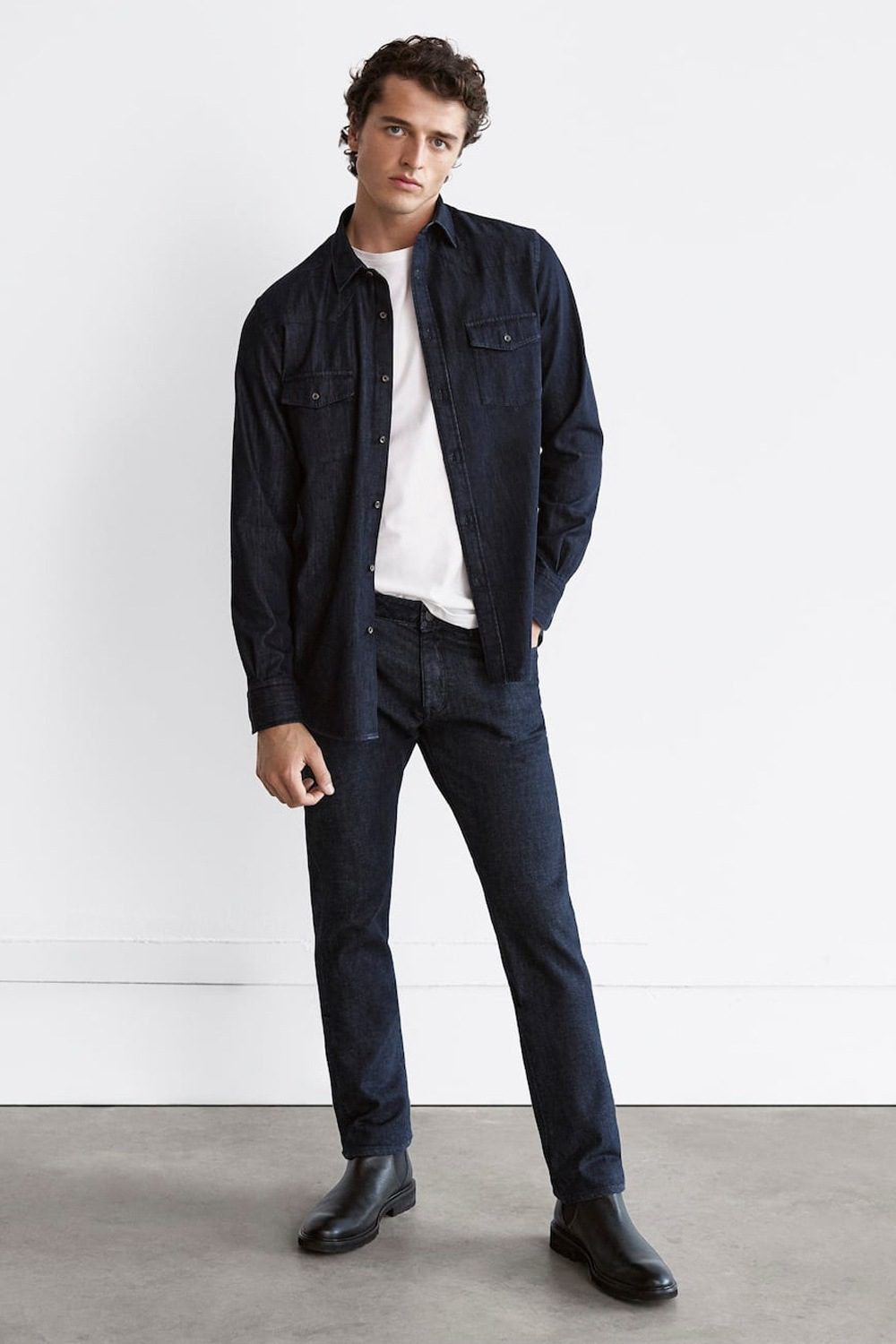 If you’re going to put two denim garments of the same colour next to each other, make sure they’re dark. Also, make sure there’s some other element of the outfit that provides some sharp contrast.

In this example, a bright white T-shirt offsets the raw denim shirt and jeans. The dark colours work well together because, well, navy and navy always looks sharp, and the black Chelsea boots tie everything together nicely.

One thing to bear in mind is that your shades of navy need to be very close, if not identical. If they’re a little bit off, the whole look will fall apart.