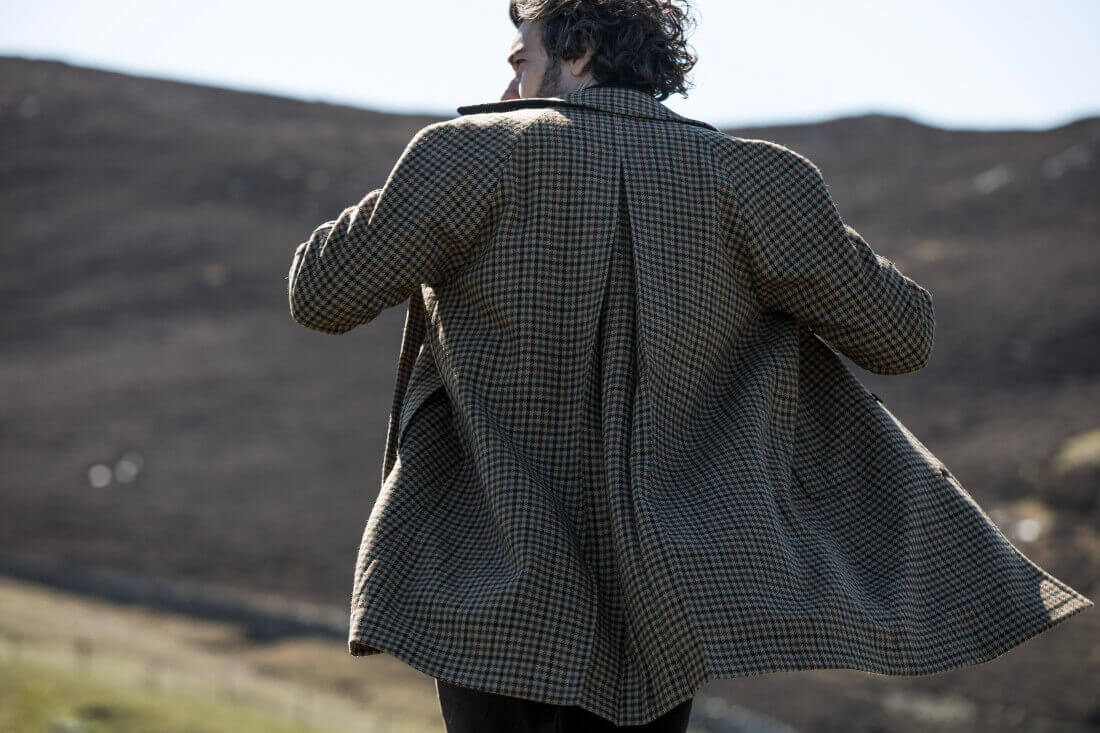 Drake’s has presented its new collection for Autumn/Winter 2017, with its lookbook being appropriately set in the windswept terrain of the Shetland Islands. 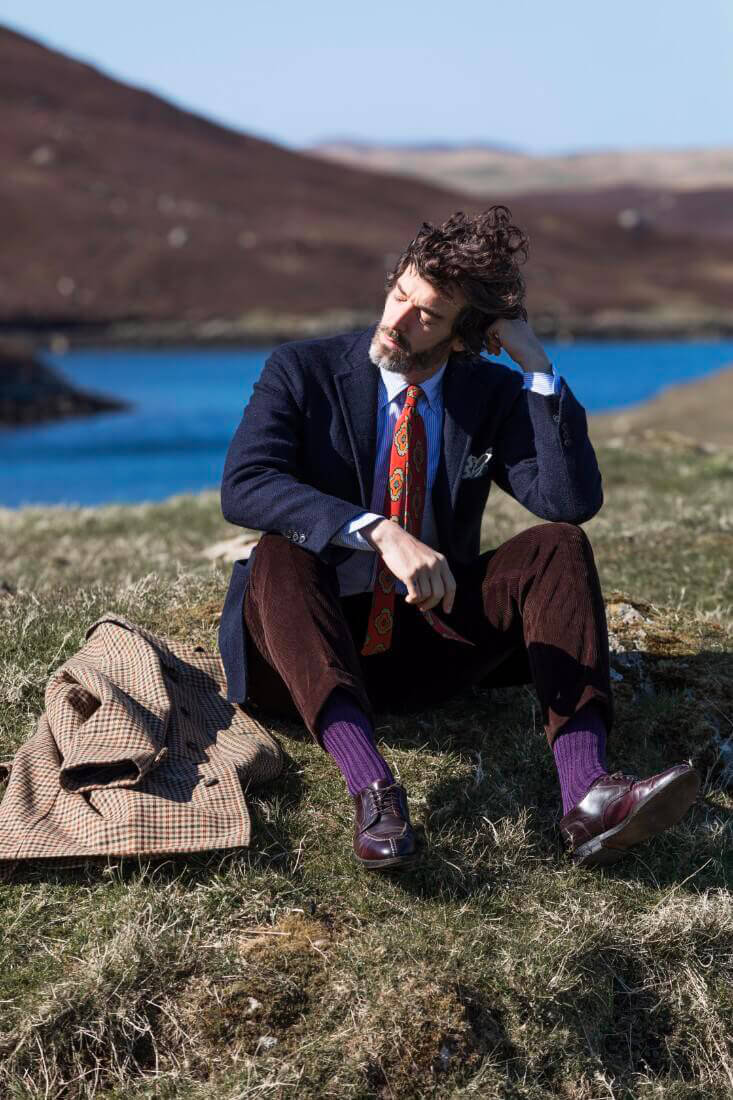 The landscape of the environment of the Shetland Islands acts alongside the collection to compliment its colours and textures, and it is also the environment which is home to many of the raw materials Drake’s uses. 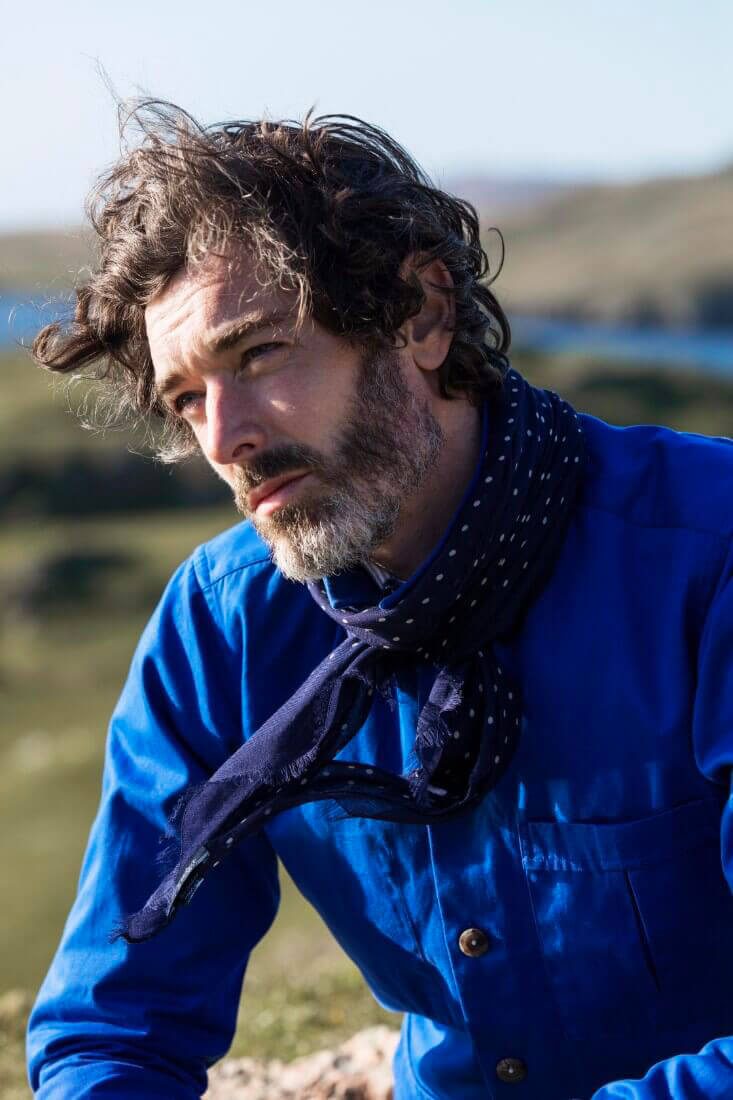 Rich wintery fabrics combine with tailored silhouettes throughout the collection, including soft-shouldered jackets which are handmade in Italy from tactile Harris tweeds, appearing alongside trousers cut from wide-wale cord and soft flannel. With a focus on colour as well as texture, shaggy brushed Shetland jumpers and Donegal knit caps appear in unexpected shades, offering a vibrant alternative to the usual earthy colours of the winter palette. 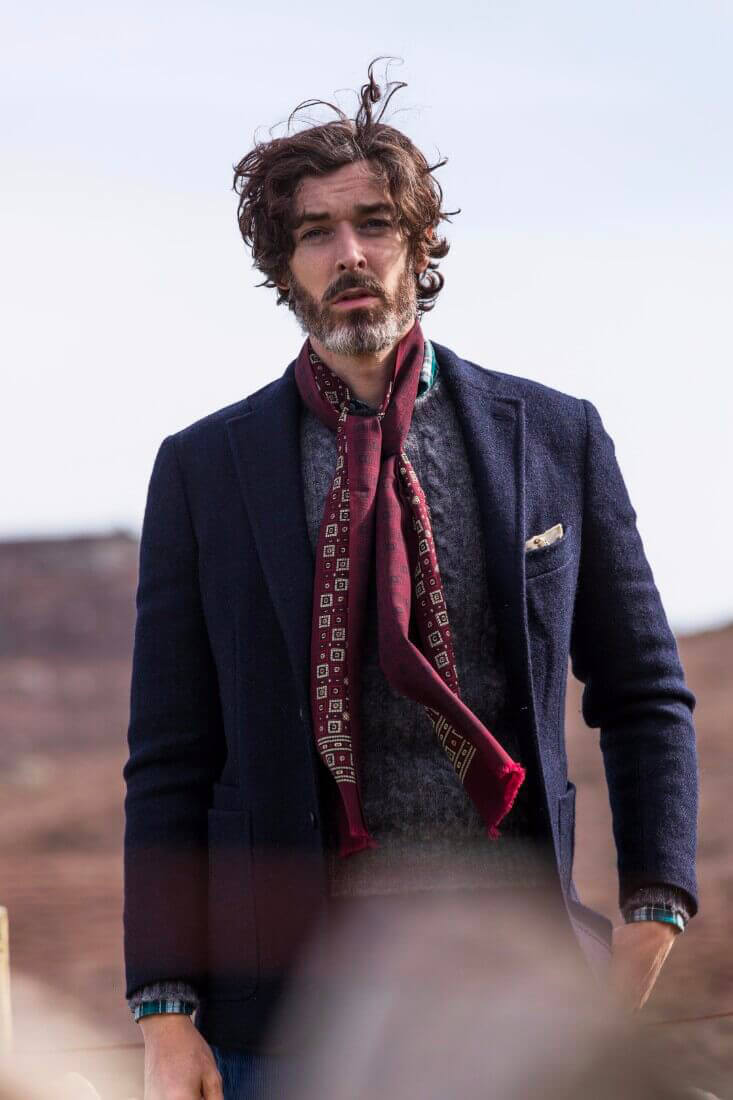 With rich brushed Shetland knits and rugged Harris tweed cloths, the collection is a celebration of the great outdoors. However, it is not only a collection for the country, but for the city too. The silhouettes of the Italian-made tailoring ensure it also retains a sense of the metropolitan urban environment. 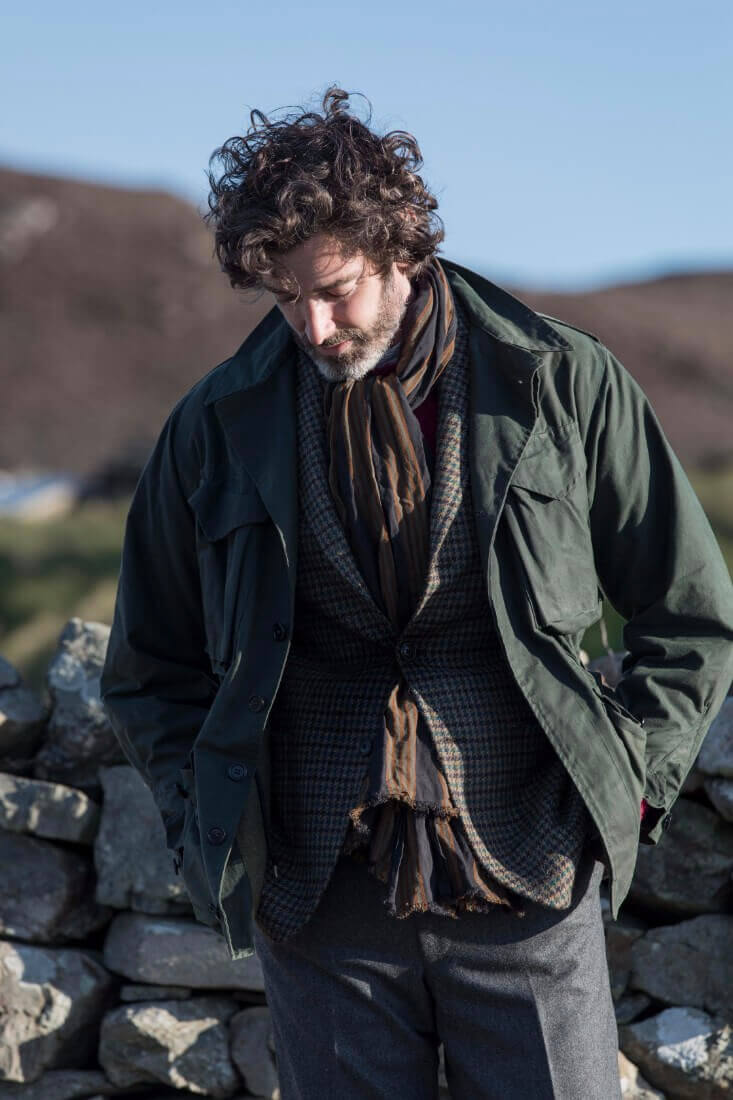 Founded in 1977 by Michael Drake, Drake’s is a British menswear brand based in East London, with the brand’s signature garments being their shirts, ties, and pocket squares. The company’s original collection in 1977 was made up of men’s scarves, although the brand soon expanded into the ties and pocket squares that they are now best known for. 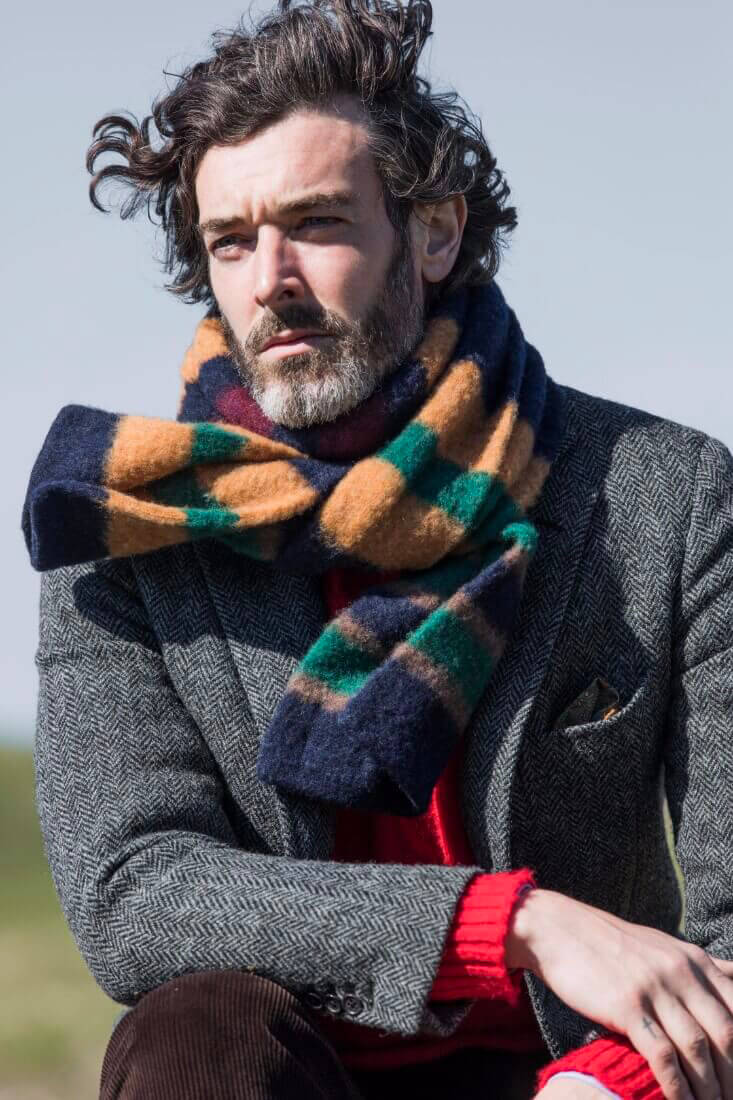 With a history of collaborating alongside brands such as Fred Perry and Private White V.C., Drake’s opened its first retail shop in 2011, situated between London’s Savile Row and Bond Street, an area famed for its history of bespoke tailoring. 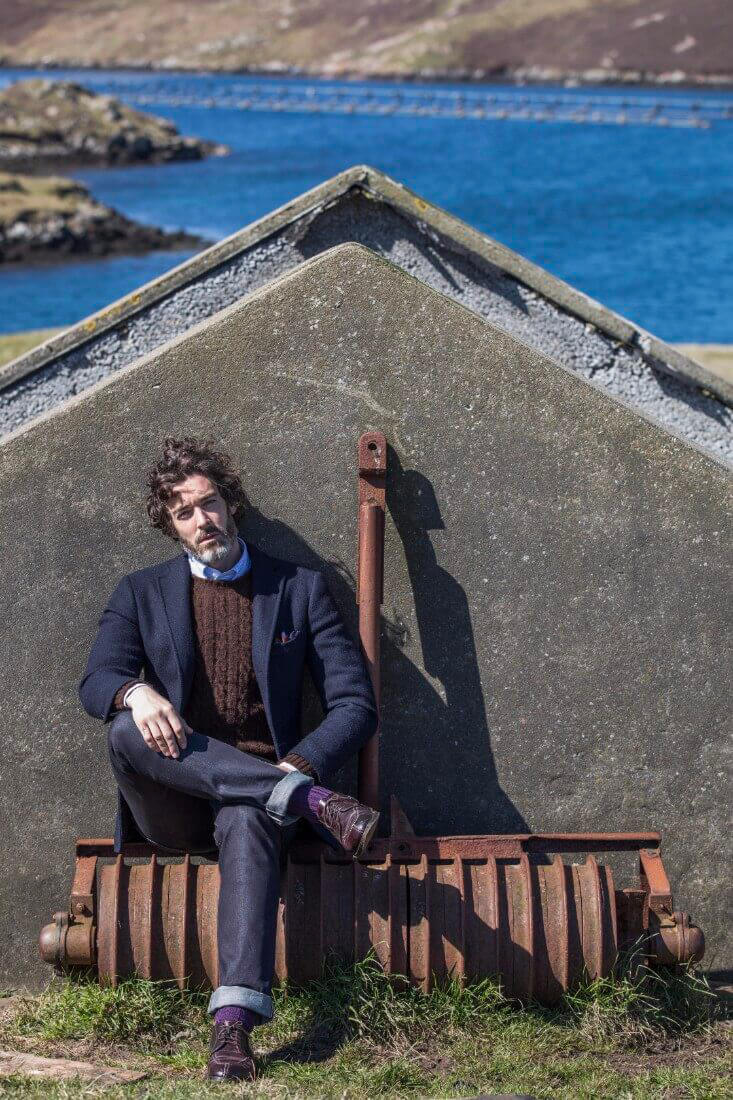 The Autumn/Winter 2017 Collection, by DRAKE’S