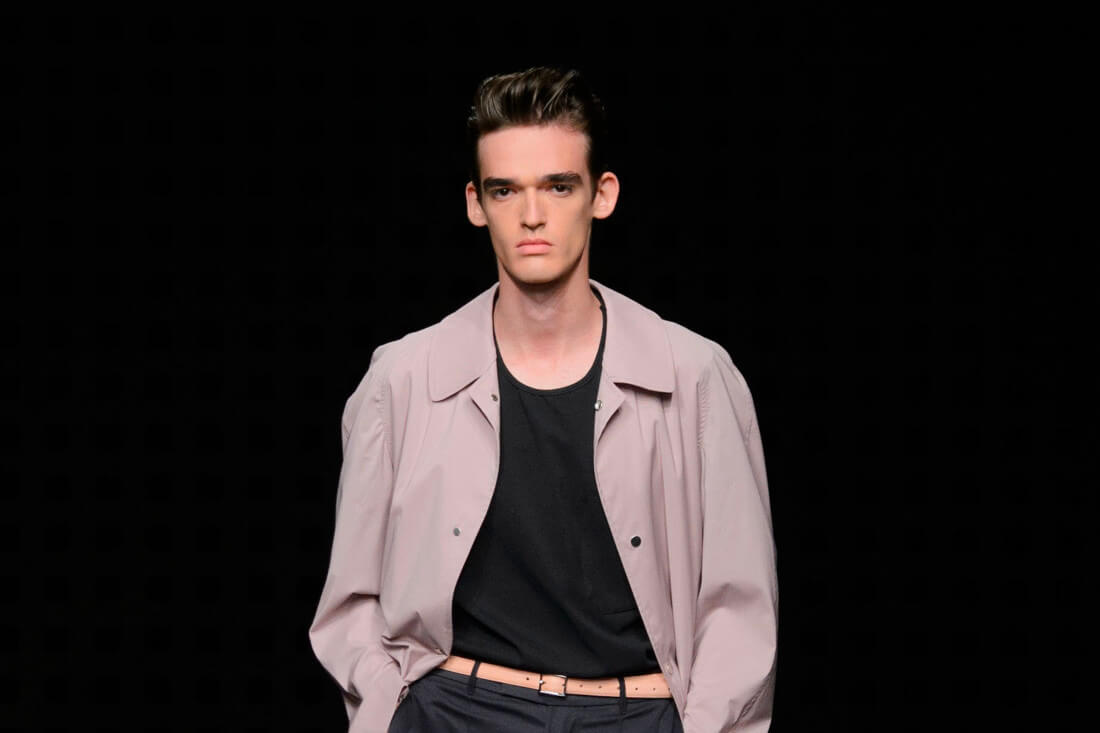 E.Tautz has long been at the forefront of the pack when offering clean, simple clothing that is as wearable as it is avant garde; not only encompassing British style but also adopting a sense of european flair. This notion continued to shine through in the brand’s Spring/Summer ‘13 collection.

Telling the story of a young Sir Wilfred Thesigner and his bold adventures, MrPatrick Grant showed off his ability to blend English explorer with contemporary Ethiopia. Resulting in a bold hue of fuchsia pinks, sunshine yellows and midnight blues.

Silhouettes followed a swooping nature – helped by the welcome addition of batman like capes – teamed with slim fitting trousers and fitted jumpers. Determined to not take itself to seriously (though their were moments of madness). Spectacle motif t-shirts came in contrasting tones of pink and yellow, putting the humour back into affairs.

Proving that menswear in the capital is far from dead, Grant single handedly captured the spirit that many were longing for – loose, fun and sophistication.