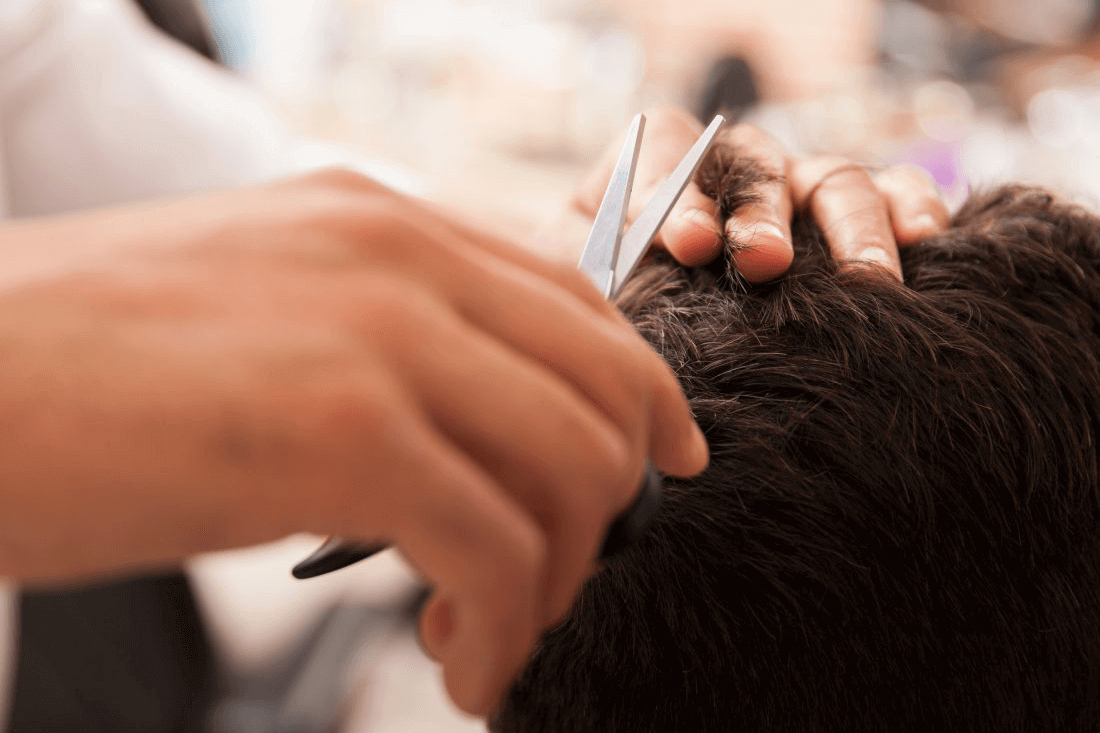 With almost two-thirds of men likely to be affected by hair loss at some point in their lives, we thought it important to enlist the help of an expert in the field to unearth some basic facts- Spencer Stevenson, one of the UK’s best known hair loss gurus (his full bio can be found below).

Male pattern baldness ( MPB ) is the most common form of hair loss in men. It develops very gradually, typically by thinning at the temples initially along with overall decrease in density. We in fact can lose up to 50% of our hair before we even notice. Hair loss can strike any man at any time, however many first become aware of it as they approach their thirties.

Two-thirds of all men will eventually be affected by male pattern baldness- in the UK, this means that 7.4 million men are losing their hair at any one time.

Male pattern baldness runs in the family but can skip several generations- if your dad or grandfather, or brothers went bald early, then it is highly likely that you will too. The strongest influence with regards to predicting your hair loss though is on the mother’s side: if your maternal grandfather went bald, then this is a better indicator that you also will too. However remember that hair loss is a genetic lottery.

There is a small amount of truth in the myth that bald men are more virile because they have more of the male sex hormone testosterone, and testosterone is involved in male pattern baldness, but its relationship with hair loss is very complicated and still unfortunately not completely understood. Testosterone is naturally converted in the body to a related sex hormone, dihydrotestosterone (DHT).

DHT is the main known factor that causes hair loss. To form DHT your body’s 5a-reductase enzyme converts free roaming testosterone DHT inside the hair cell follicle. The DHT then binds to the hair cell receptor and causes it to atrophy or shrink. Eventually your hair follicle stops producing hair and you lose that follicle. It is important to endeavour to stop hair loss via proven treatments as soon as possible.

How can I prevent it?

You cannot prevent male pattern baldness, although there may be ways of slowing down and fighting the action of DHT with over-the counter medications, anti-DHT shampoo’s (below) and or disguising the problem with concealers.

Full of vitamins, this hair loss shampoo cleans and moisturises the hair and scalp. The shampoo dissolves grime and build up on the scalp, It is created with added active ingredients to help block the formation of DHT this stops hair loss occurring from the root of the hair. Your hair is left looking and feeling healthy, shiny and much thicker, full of life.

This hair loss shampoo is rich with protein and nutrients that promote the strength and health of your hair, and DHT removal properties. The specially formulated ingredients remove environmental pollutants, oils and natural toxins that can be harmful to the hairs natural growth. With added cinnamon extracts and tea tree oils this shampoo leaves you feeling refreshed and invigorated. The soft minty fragrance adds a extra boost of wake me up to your morning routine. £16/ 300ml >

Is it such a big deal?

Since male pattern baldness is related to testosterone production, the only sure fire cure is castration before puberty which curiously some men opt for- frightening. But hair loss isn’t an illness, it is a cancer of the spirit. If you’re struggling to come to terms with baldness, talk to someone as you are not alone and there are millions of people suffering in silence regarding their hair loss. Hair loss can be the trigger to serve depression and anxiety especially when experienced young.

Should I see a doctor?

Until very recently, male pattern balding was seen as a natural process that just happens. You may find your doctor to be neither sympathetic nor helpful if you consult him/her about it and this unfortunately is very common.

However this is changing as an increasing number of doctors realise that hair loss can have detrimental psychological consequences that significantly diminish an individuals quality of life, and they may be more willing to take the problem more seriously and are becoming more informed on this growing issue. If you are lucky enough to have an understanding GP, by all means seek their advice- I have referred many patients over the years to a few very well informed and compassionate GPs I know in the UK so if you need help refer to my website below for information.

A trichologist, by the way, is a hair specialist whose training covers both the cosmetic and the medical aspects. Some trichologists are also trained hairdressers, but they are not usually medically qualified so be careful before jumping in and buying anything.

What are the main treatments?

There is no known cure currently for male pattern baldness, but there are proven treatments, both drug and surgical available which can halt the progression of loss and improve the cosmetic appearance.

This is a topical treatment (one that you rub into the scalp) which is licensed for the treatment of male pattern baldness in the UK and globally. It was originally developed (in tablet form) as a drug for high blood pressure. Doctors began to noticed that people on minoxidil sometimes grew new hair, so the drug was reformulated for this purpose.

Regaine comes as 2% or 5% lotions which you rub, daily, into your scalp. Women generally use 2% and men use 5%. In the UK, Regaine is a pharmacy only medicine, which means you can obtain it from a pharmacy without a prescription, however it’s very expensive to purchase it at the pharmacy you will find compared to a few reliable legitimate online UK stores.

This is a treatment for male pattern baldness which is licensed in the UK but only on private prescription, not on the NHS. It is one of a class of drugs called 5-alpha-reductase inhibitors. Since 5-alpha-reductase is the enzyme which causes the conversion of testosterone into DHT, inhibiting this with finasteride should, in theory, stop hair loss.

Propecia can be obtained from an informed GP or dermatologist on private prescription. However few GPs are well informed on the drug. I owe a great deal to finasteride as it stopped further loss entirely and regrew a significant amount of hair in my crow region. I personally get a private prescription from a reliable informed GP in the UK for 5mg ‘Proscar’ tablets and cut it into 5ths. It’s exactly the same then as Propecia but without the heavy price tag. I pay £200 for 14 months supply.

Another way of tackling male pattern baldness is to directly block the action of DHT using a variety of hormonal drugs. Some of these are similar to oral contraceptives and female hormone replacement therapy. They should only be applied under the supervision of an endocrinologist (hormone specialist) or a dermatologist with expertise in hormone therapy.

Spencer has spent the last 15 years researching and experimenting with nearly every hair loss product on the market. He has had several hair transplant sessions too and knows what categorically works and more importantly, what doesn’t work.

“Spex” started his journey of learning as a regular poster on various online hair forums. He quickly found that impartial hair loss information was difficult to find. So he made the decision to arm himself and fellow ‘sufferers’ with the knowledge he has gained through his own personal experiences. His writings here will mean you will be able to make a much more informed decision when it comes to your own hair loss.

As well as featuring in newspapers and magazines including The Daily Mail and The Times, as well as his own blog on The Huffington Post, he also co-hosts Spencer Kobren’s ‘ The Bald Truth ’ Radio UK show and is now intending to help our readers get informed and empowered by writing a regular blog for Ape to Gentleman. 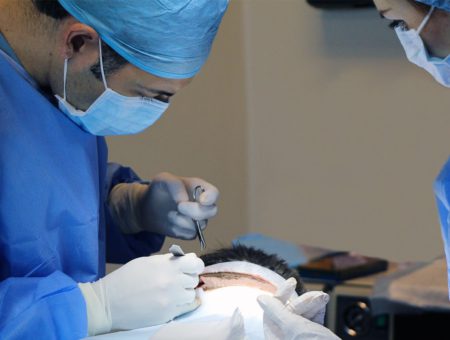