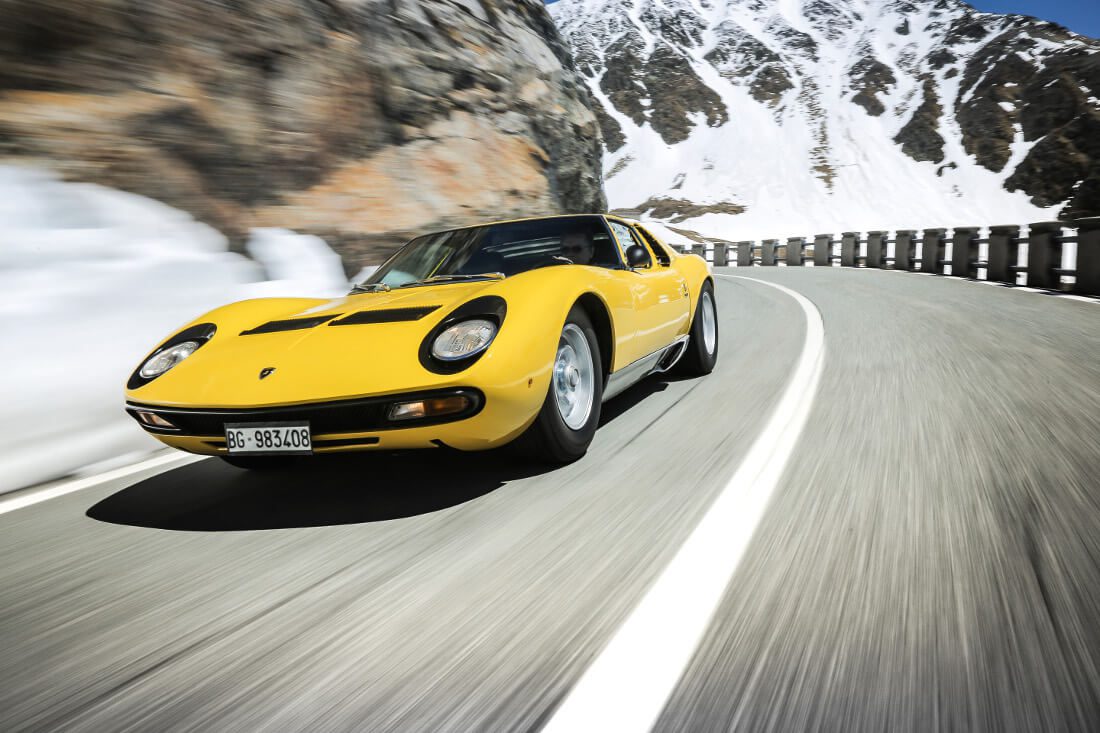 One of my earliest memories of film is my first time watching 1969’s The Italian Job. So many iconic moments caused that event to stay with me for all these years – Michael Caine’s famous one-liners, the literal cliffhanger ending, and of course, the red, white and blue Minis, and their stunt-filled chase through the streets of Turin. 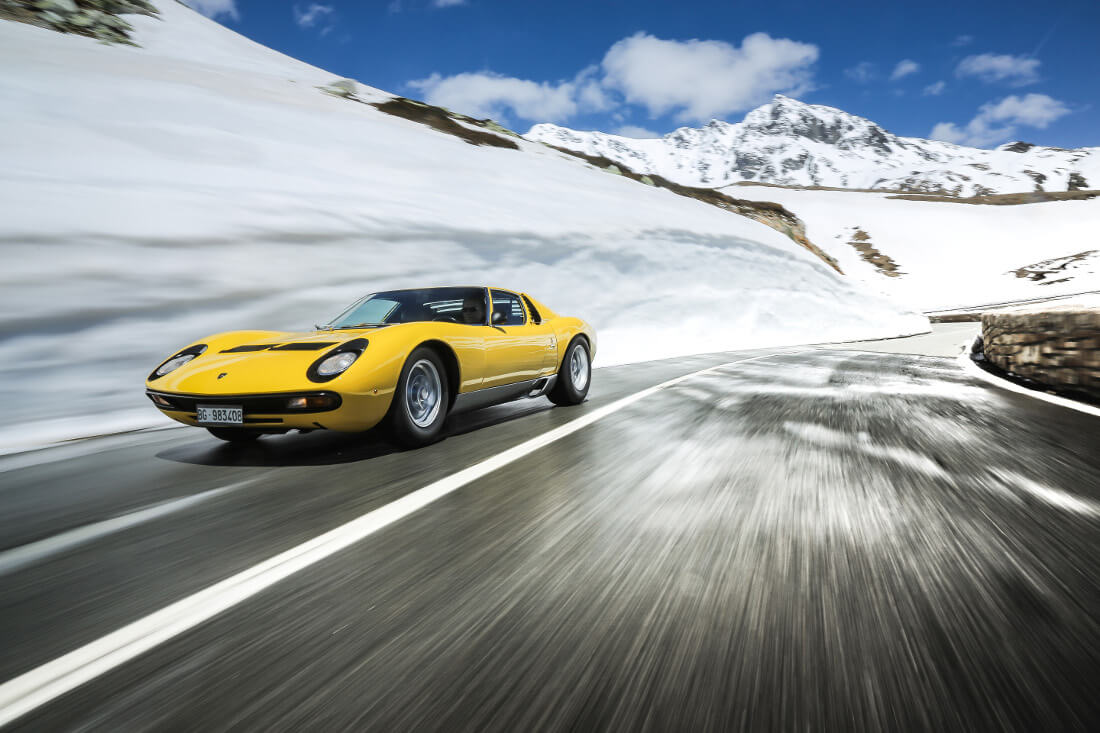 But, for one reason or another, it’s the opening sequence I always remembered most vividly. Rosano Brazzi as Roger Beckermann looks almost painfully cool as he glides over the Italian Alps. Donning a pair of sunglasses mid-way through his drive, he puffs on a cigarette as Quincy Jones and Matt Monro’s On Days Like These builds to a crescendo in the background. The car selected for the scene? Of course, it could be nothing other than the Lamborghini Miura. 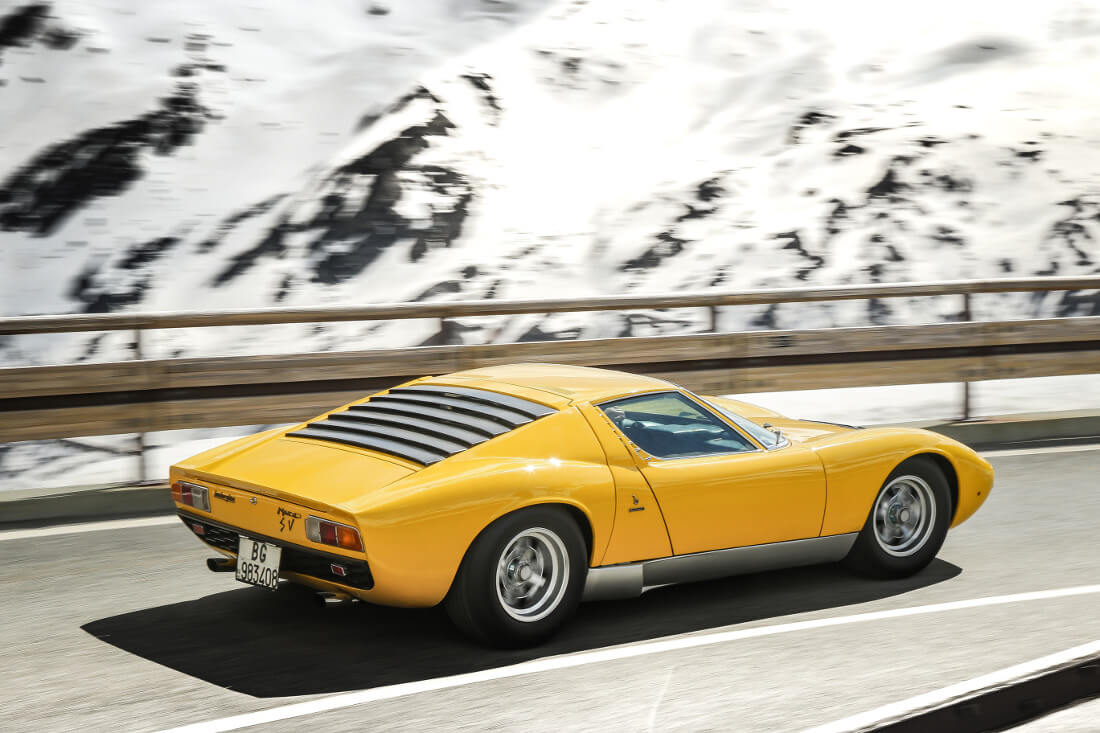 In hindsight, perhaps the whole thing was a little over the top, not too unlike the Lambos of today. As you probably know, the scene ends with the Italian Mafia blowing up both Beckermann and his Miura, and unceremoniously dumping them off the edge of a nearby cliff. Simple but striking, beautiful but dangerous, the essence of the sequence is the perfect depiction of the Miura, and its legacy. 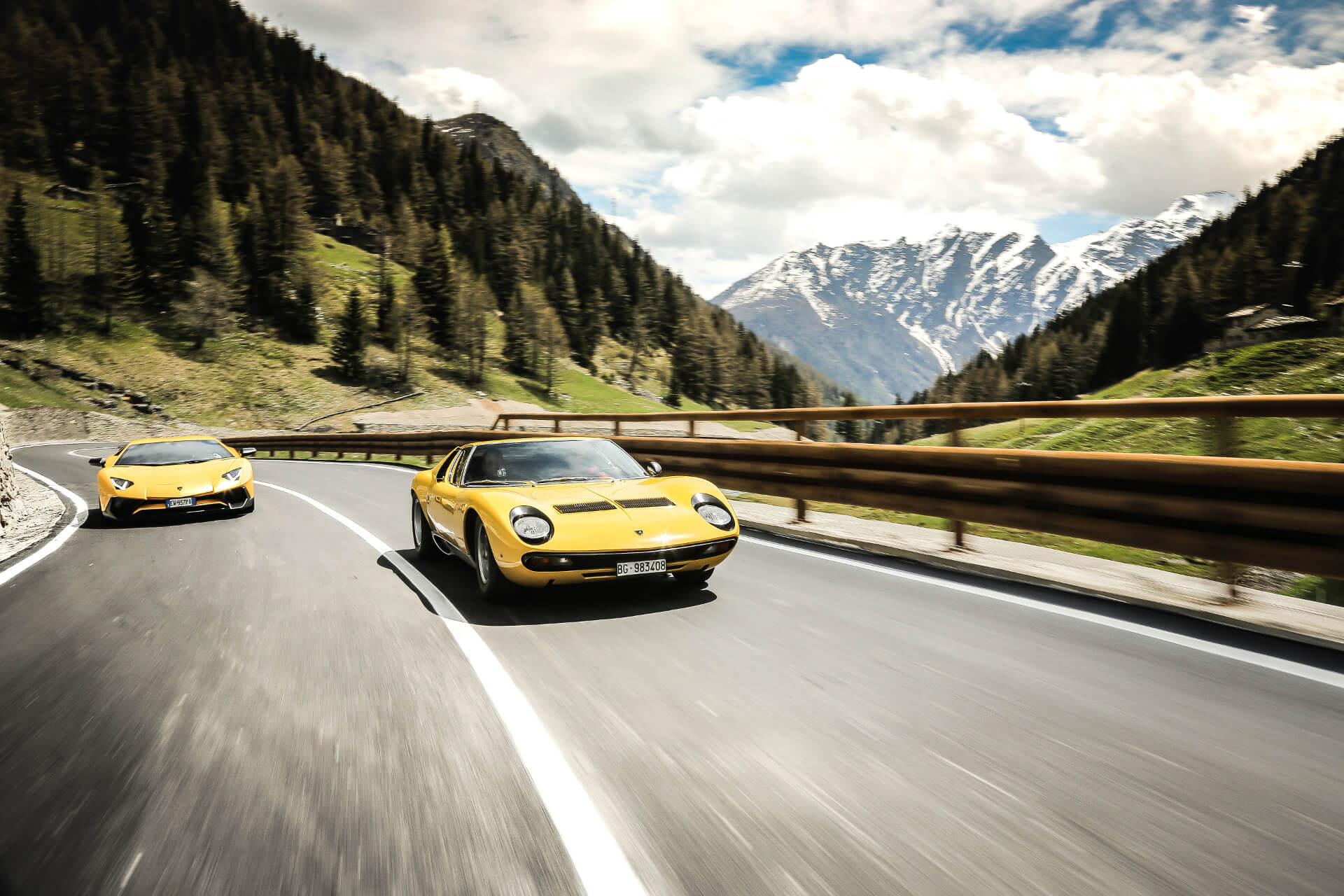 Considered by many today to be the world’s first true supercar, the Miura was not a company-wide masterstroke orchestrated by Ferruccio Lamborghini, the brand’s founder. In fact, it was quite the opposite. The Miura constructed against Ferrucio’s wishes after hours as a passion project by just seven dedicated Lamborghini engineers, in a time when the company was moving towards producing a range of powerful yet tame Grand Tourers in order to compete with Italian arch-rivals Ferrari. 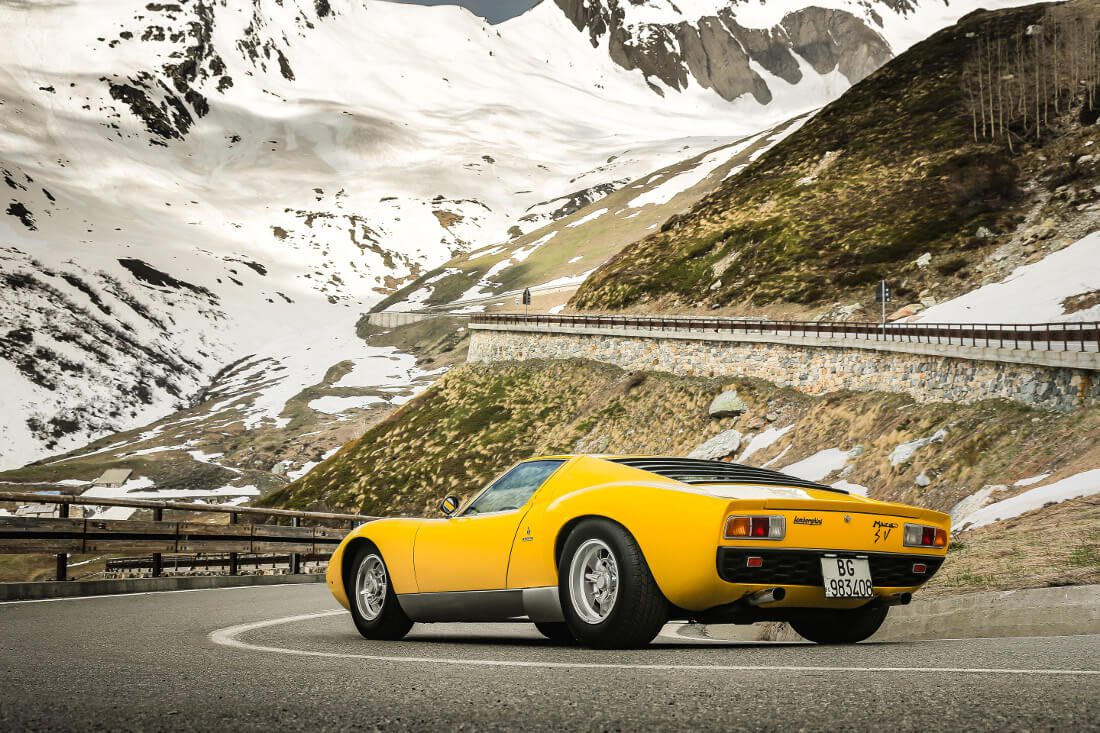 Answering to no-one, the Miura and its designers simply refused to conform to the standard practices of the performance car industry at the time. Classic vehicles preceding the Miura – the AC Cobra, E-Type Jaguar, and Aston Martin DB5 to name a few – were all front-engined. In this way, the Miura’s rear mid-engined two-seat layout was revolutionary. The engine was also mounted sideways instead of lengthways to cut down the car’s size, and although it is worth noting that Mini were already doing this at the time, it was a first for performance cars. 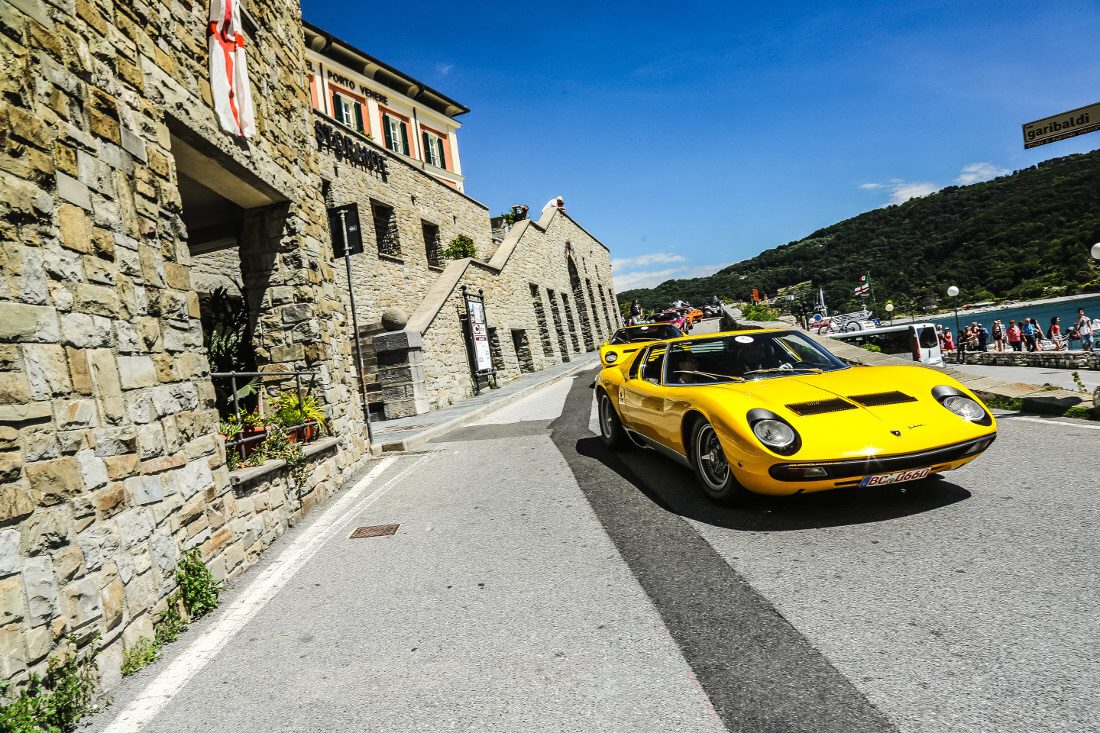 The result of all this innovation was spectacular: the fastest production car ever made at the time of its release, with a top speed of what was then an earth-shattering 171mph. The body too, was a sight to behold. Marcello Gandini was just 22 years old when he designed the Miura’s bodywork, and although it seems somewhat sedate by Lamborghini’s modern standards, it was like nothing seen before at the time. I can only imagine what it must have been like to see a brand new Miura roll down the street in 1966 – unfortunately, the chances of this would have been slim, as less than 800 were made in its seven-year production period. 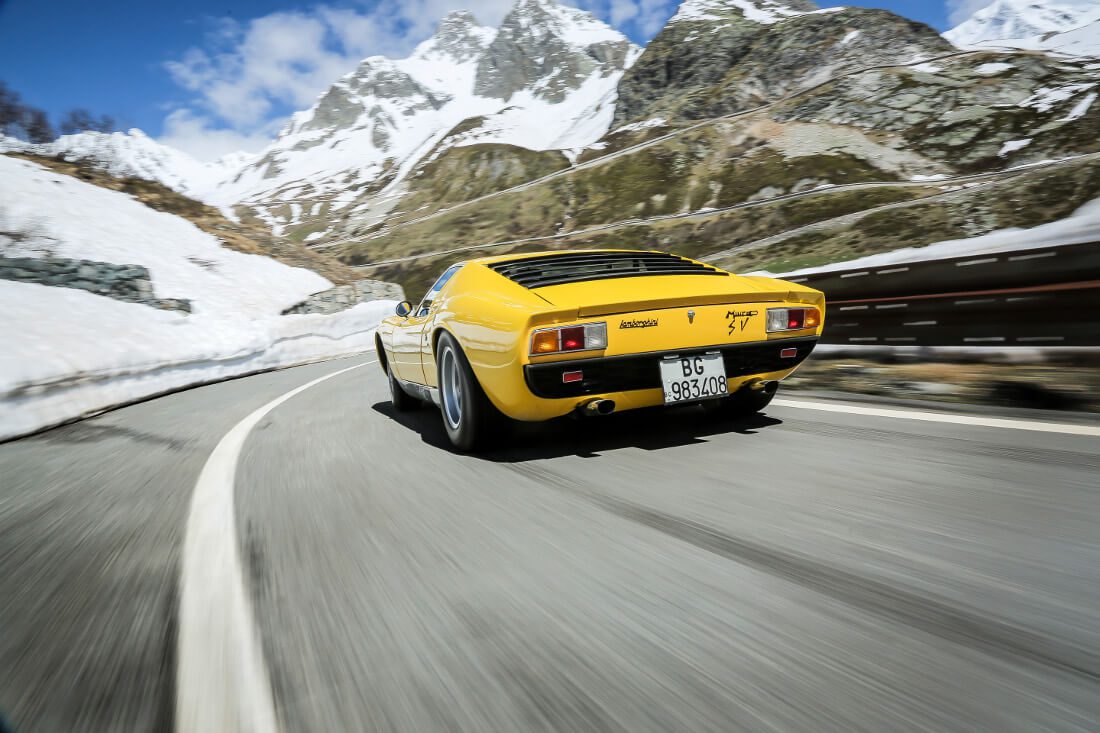 Nevertheless, the Miura P400 – the car’s earliest model – debuted at the 1966 Geneva Motor Show to rave reviews, and soon became the company’s flagship vehicle. Its design steadily improved with age too, with the release of the P400S  in 1968 and P400SV in 1971. It was eventually replaced in 1974 by the considerably more boisterous Countach, in the beginning of an era of financial hardship for Lamborghini. 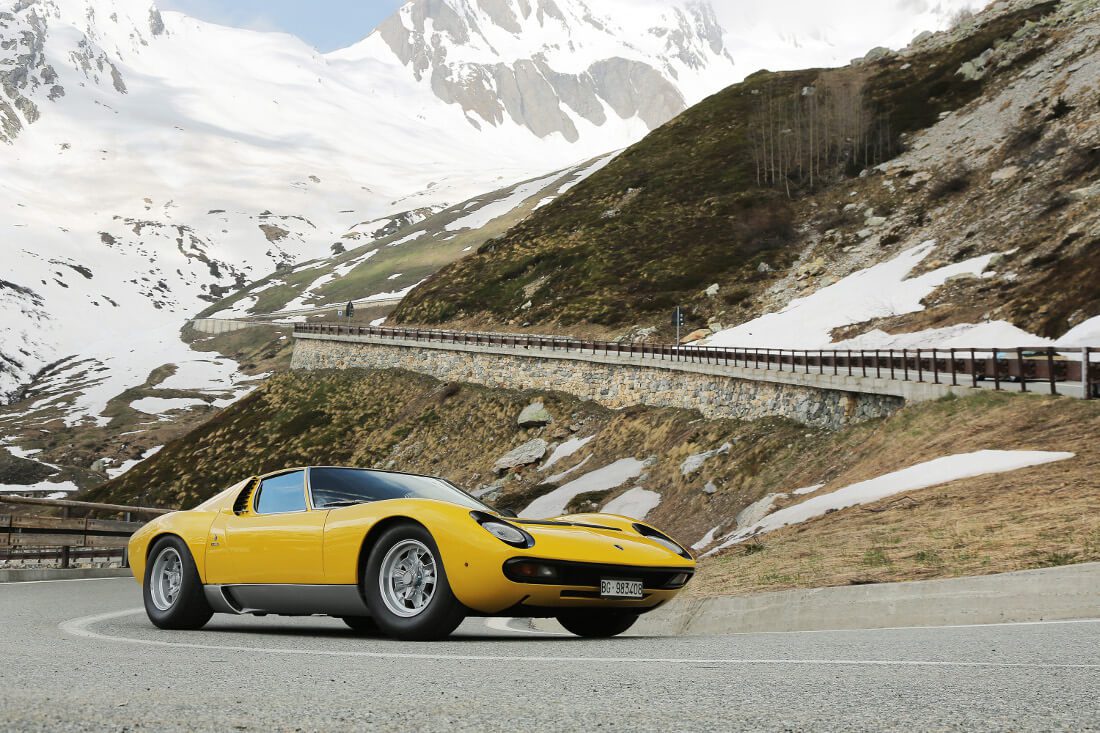 The tiny, rebellious team behind the car, and as a result the extremely limited production run, was perhaps both a blessing and a curse for the Miura. Its rarity has enhanced its legendary status in the modern day, but it has also led its price to extend well into the six and even seven figure arenas for the most sought-after models, meaning attaining a Miura today remains a dream for all but the wealthiest collectors. 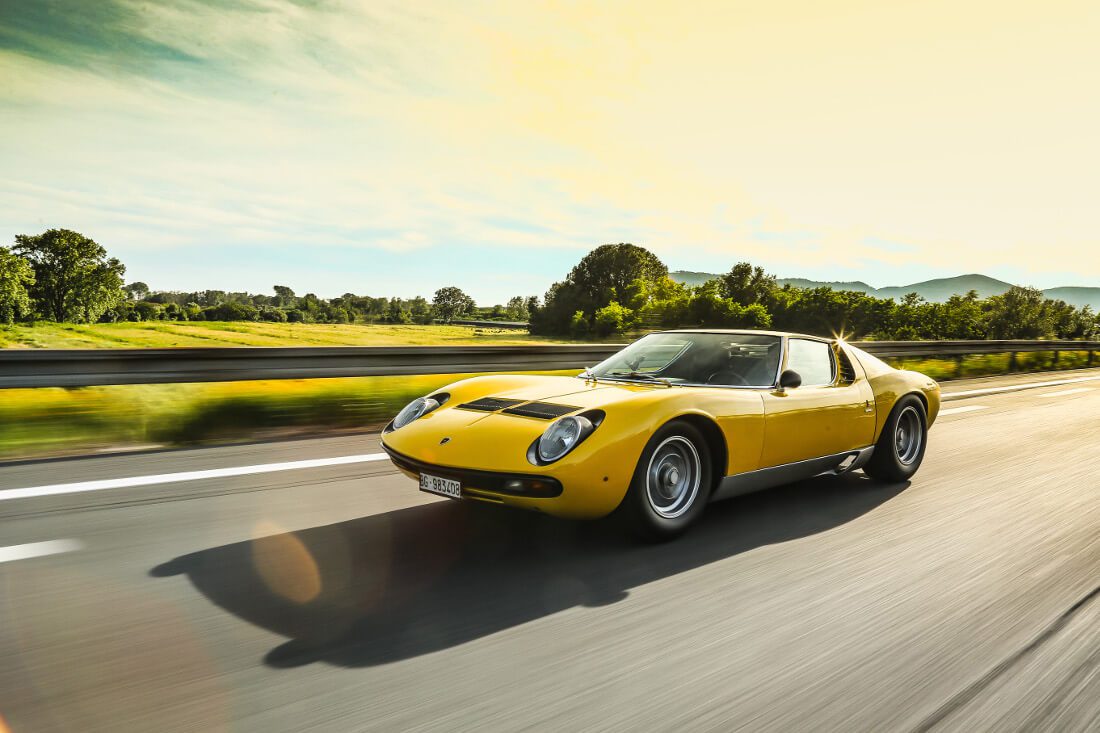 In all honesty, the introduction to this piece wasn’t one hundred percent accurate. The real Miura in the opening of The Italian Job was never actually thrown off a cliff. Instead, an old wreckage bought for cheap was used for the dramatic stunt – the Miura that was driven is still owned by a private collector, maintained in pristine condition to this day. 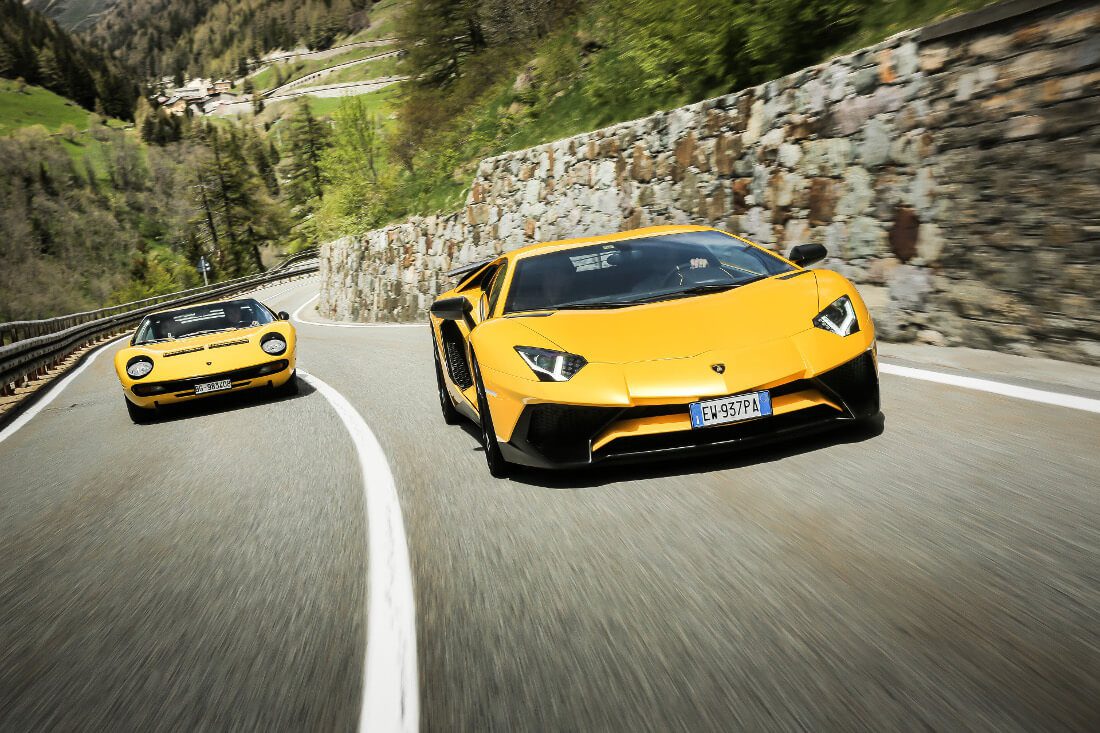 Call me pretentious, but I can’t help but find that a little symbolic. The first scene of that classic ’60s film sees the Miura die, just as we did in 1974 with the introduction of the Countach. But behind the scenes, its defiant, pioneering spirit lives on, not only in Lamborghini, but in every insane-looking, rear-engined, ludicrously quick motor we see today.

So here’s to the Lamborghini Miura, and every supercar since.