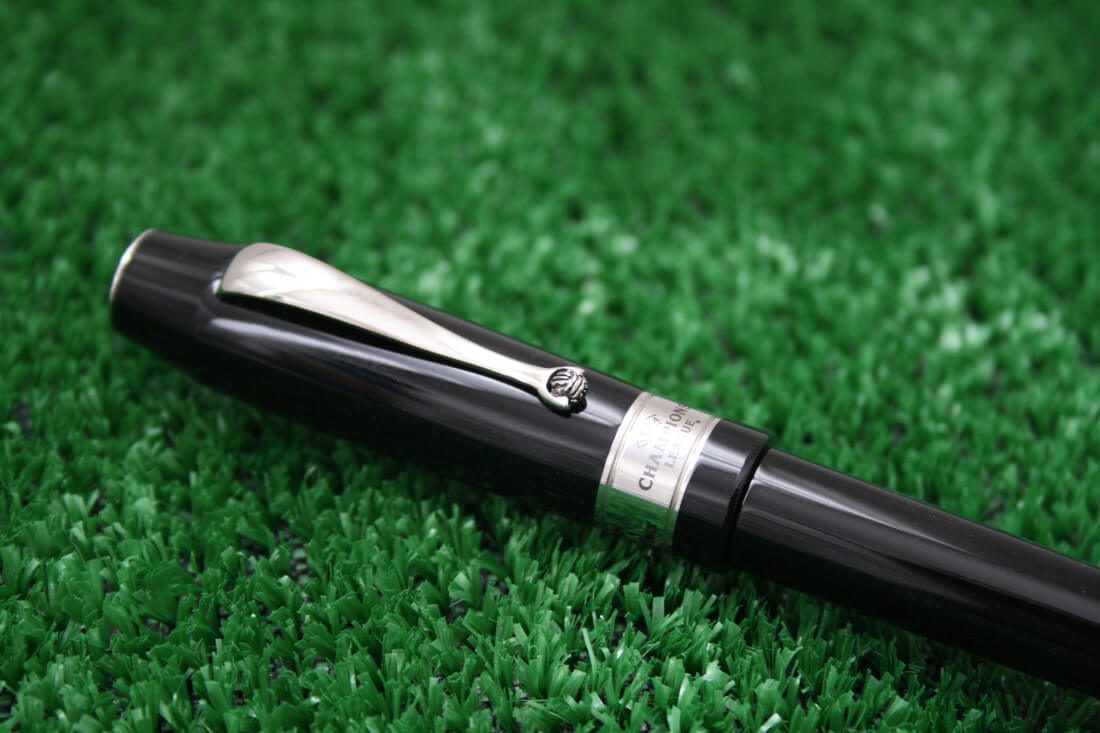 Montegrappa has announced a new pen collection alongside the UEFA Champions League, in a tribute to fans of the beautiful game. Named “Trophy”, the new collection will be offered as a fountain pen, rollerball and ballpoint.

The trophy pen has a sleek appearance, and is made from from pearlised black resin, trimmed with shiny stainless steel for maximum contrast. The fountain pen is fitted with a steel nib decorated with Montegrappa etching, and will be offered in the three writing grades of fine, medium or broad, while its ink supply be either come as converter or cartridge fed. 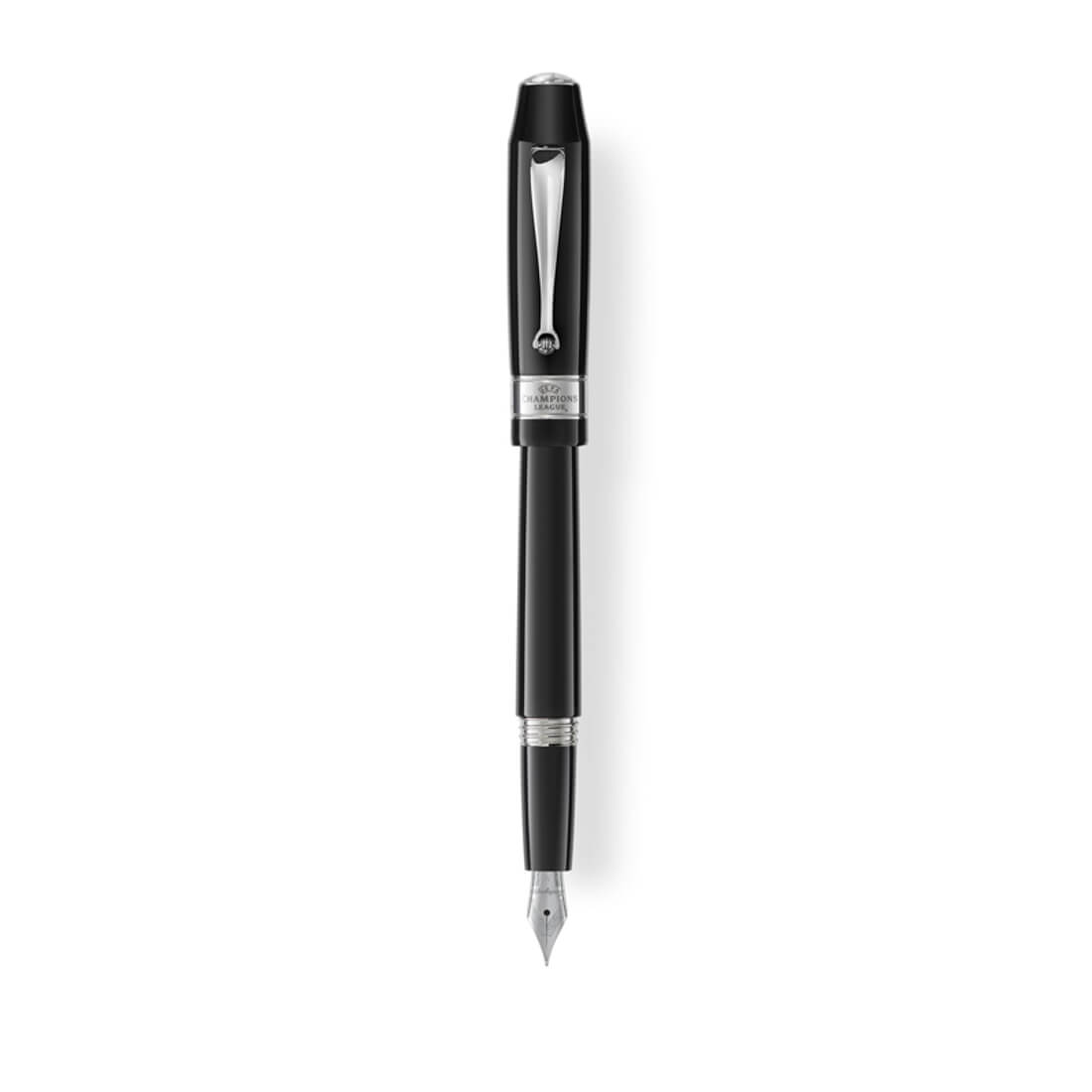 The cap top of the Trophy pen references the spirit of football, characterised by a stainless steel disc with its overall shape reminiscent a Trophy, with its surface engraved in the pattern of the famous “star-ball” of the UEFA Champions League.

The lower segment of the pen cap displays the Champions League logo, and Montegrappa’s clip, made for ease of taking in and out of the pocket, has its rotating sphere in the shape of a miniature football. 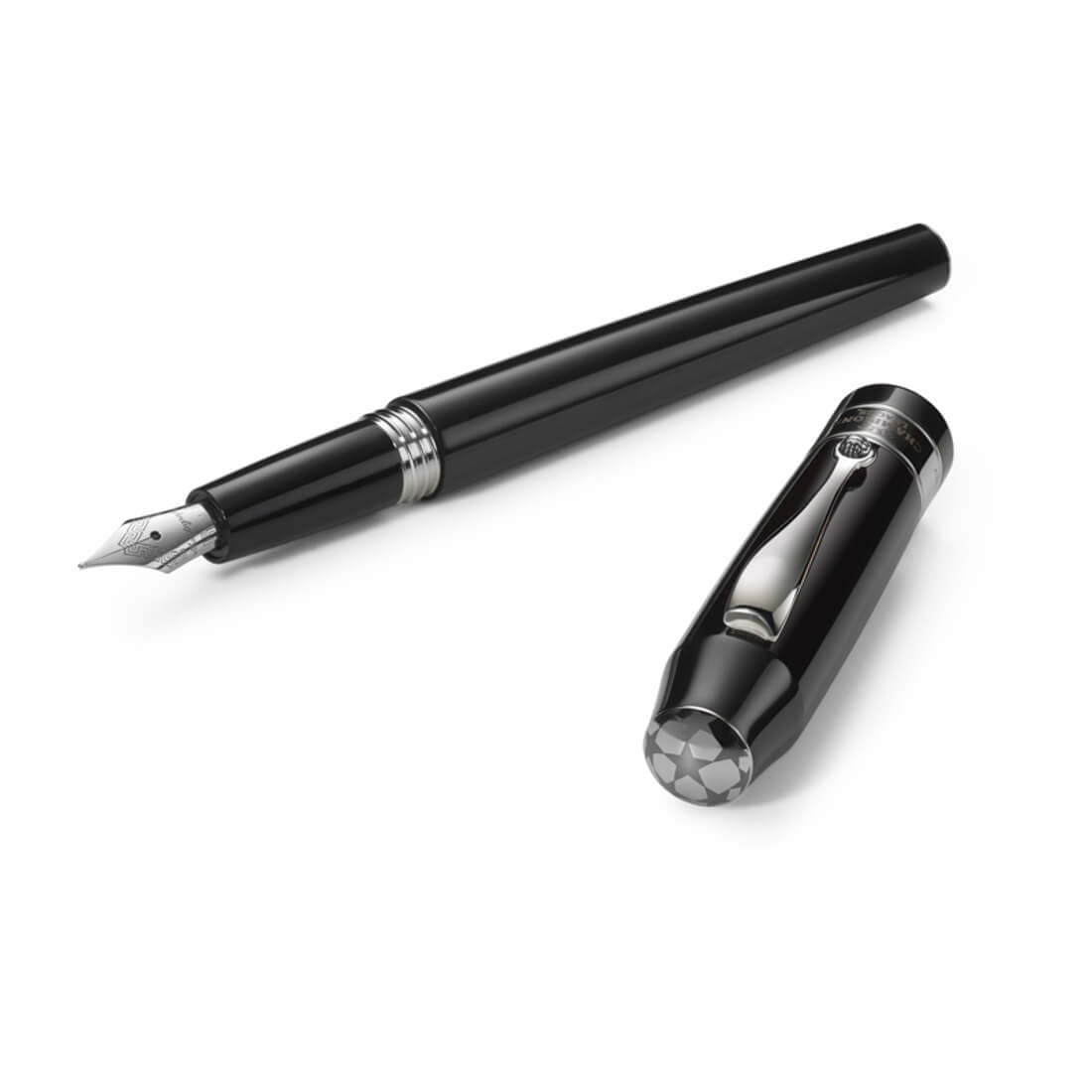 Founded in 1912, Montegrappa was created with the slogan “Manifattura pennini d’oro e penne stilografiche” (“Maker of gold nibs and fountain pens”) 105 years ago. To this day, all of the company’s products are still made in their original factory on the river Brenta in North-East Italy.