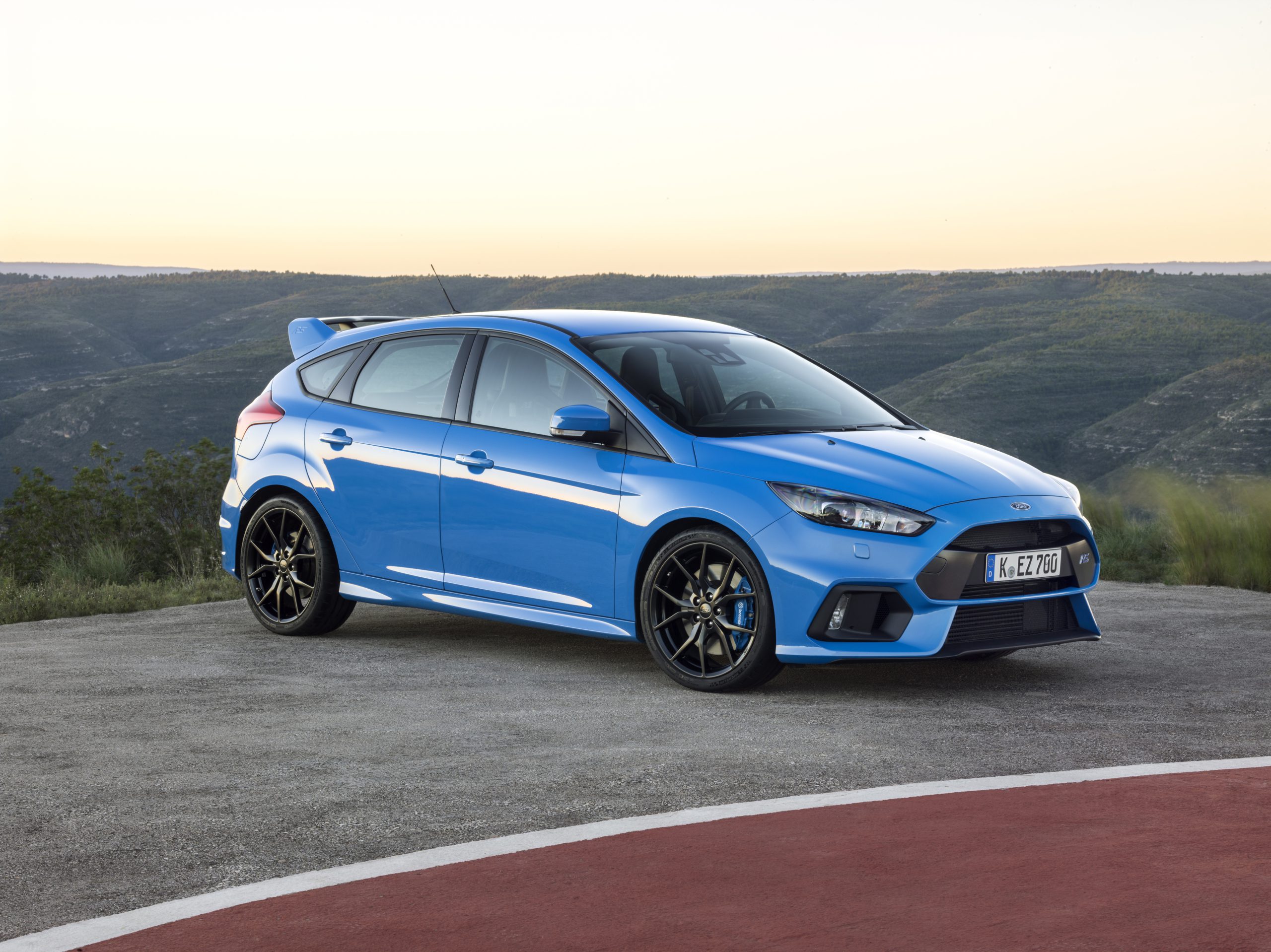 On paper, the Ford Focus RS already has a lot going for it. It wears one of the coolest fast car badges in the business, it can cover 0-62mph in 4.7 seconds and it costs less than £30,000.

So what could you possibly add to that cocktail to improve it? Simple, a drift button- a button that transforms an everyday hatchback in to a wild beast.

The smoky sideways silliness is all made possible by the Ford’s rather complex but highly effective four-wheel drive system. In normal everyday driving power from the 345bhp 2.3-litre turbocharged engine is sent equally to all four-wheels, but select drift mode and the car’s on-board computers manipulate the power split to help get it sideways.

Around 70% of the engine’s power is then sent to the rear wheels, allowing you to hold huge tyre-shredding drifts. But you don’t have to be the Stig to keep it pointing in the right direction as the Ford’s clever four-wheel drive system keeps you from bending the RS around a tree.

But when you’re not drifting your way to Waitrose, the RS is a seriously rapid hot hatch. Huge traction from the four-wheel drive system and incredibly direct steering allow you to be accurate and devastatingly fast on the road. Take your foot off the throttle and you’re greeted by ferocious pops from the exhaust.

While the exterior looks the part, the cabin is slightly less refined, which by comparison is a bit plain, however- in a way, it adds to the go-kart like feel and nature of this raw racer. Truth be told, you’re looking at one of the best hot hatches ever made.