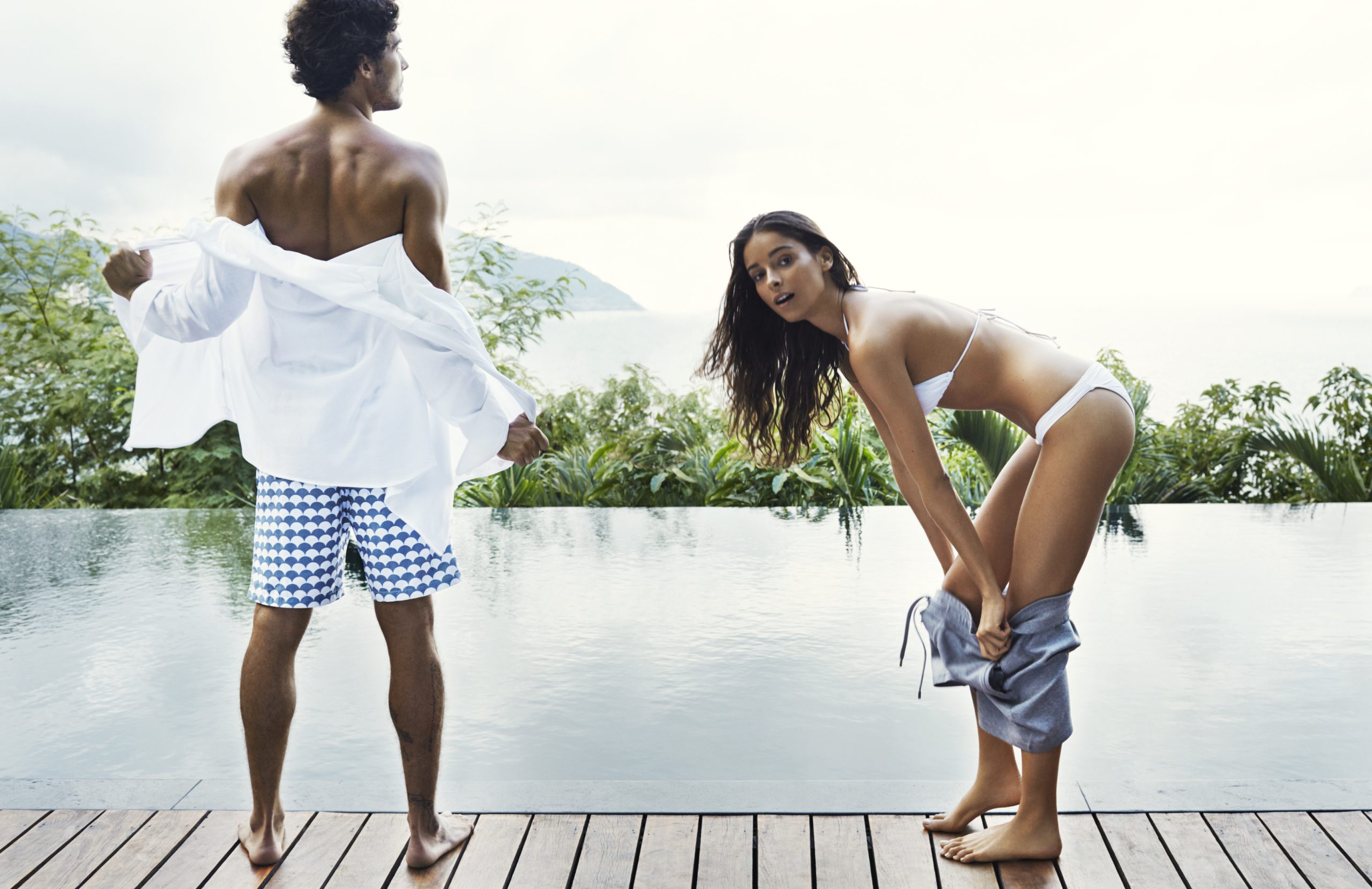 Brazillian beachwear brand Frescobol Carioca have released their Spring/ Summer 2016 collection which centres around the Modernismo movement that defined the look of Brazil’s cities at the beginning of the 20th century.

The collection and motifs within are inspired by the work of Brazilian-native architect Oscar Niemeyer. Niemeyer’s work is prevalent all over the world, including the UN headquarters in New York City and much of Brasilia. In the 1950’s, instead of a single commission, the Brazilian government gave him the entire city to reinvent and build according to his own vision.

Niemeyer’s signature references were inspired by the rounded Sugarloaf Mountains, the curved beachfront of Copacabana, and the lines of a woman’s body.

Through hand sketching techniques, these famous inspirations are conveyed in a series of six new architectural inspired prints conveying the curves and columns of Brasilia’s skylines. Shades of goiaba pink, aqua and slate blue against striking prints and vibrant colours merge together in various colour-ways.

We also see linen shorts and chinos in mélange blue, white and navy, aiming at transporting the style from the beach into the city, while reflecting the laidback ‘Carioca’ way of life.