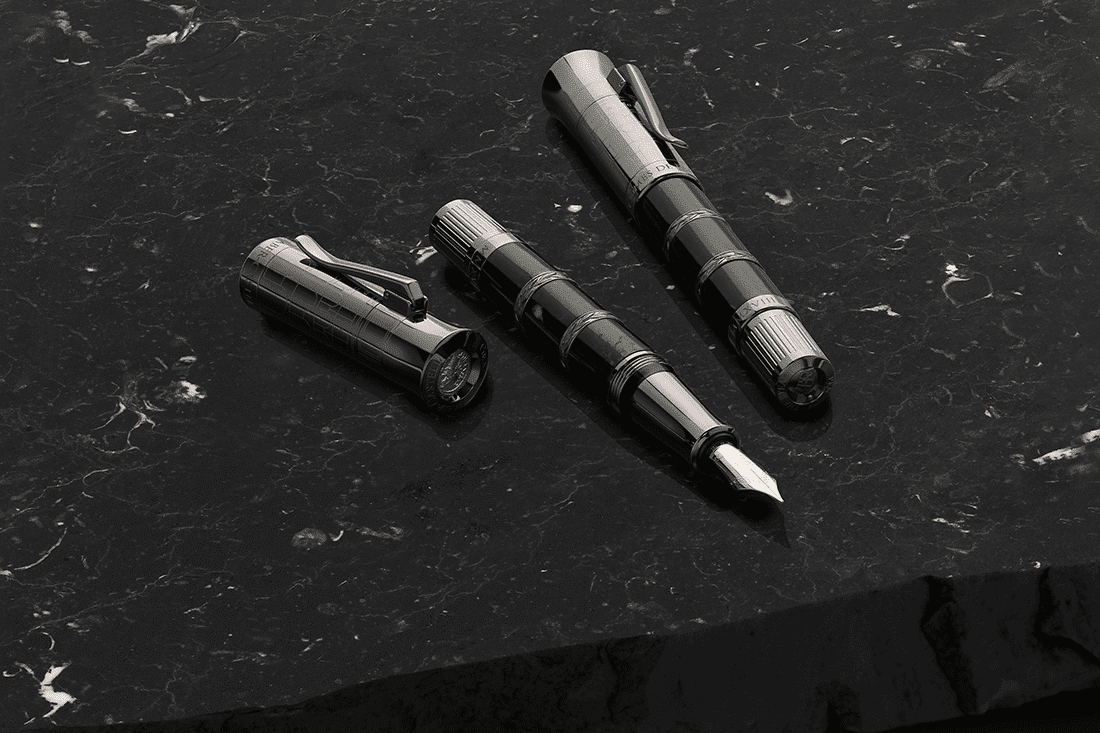 Graf von Faber-Castell have announced their Pen of the Year 2018, entitled the Imperium Romanum.

Released in both black and white, the design for the pen was inspired by the city of Rome, and the history of the Roman Empire. At the height of its reach in 117AD, the empire reached from Scotland to North Africa, and stretched across from Portugal to present-day Iraq. The symbol of the “imperium sine fine” was the legendary Colosseum, and the design of this building encircles the top of the pen.

Statuario marble from Carrara, Italy, forms the entrance hall of the Faber-Castell castle, and a special variety of this white marble is used in the design of the Imperium Romanum. Each individual pen is produced by hand, and inserted between the marble segments of the barrel are platinum-plated rings decorated with laurel wreaths, symbolising fame and success.

As well as an engraving of the Colosseum in the cap of the pen, a miniature Roman penny, or denarius, can also be found. The denarius in the cap of this edition is modelled on a very rare silver coin from the year 44 BC, depicting the head of Julius Caesar.

In contrast, the black edition uses Nero Marquina marble from the Biscay region in the Basque country was used. It combines the black colour with white veins which, when combined the anthracite-grey titanium PVD coating, gives the pen an ever-changing appearance when in use.

Limited to 400 models, the platinum-plated fountain pen is fitted with an 18-carat gold nib. Only 120 of the roller-ball pen will be made, while the black edition is limited to 330 fountain pens and 100 roller-ball pens. All are individually numbered, and and come in a black wooden case bearing the signature of Count Charles von Faber-Castell. 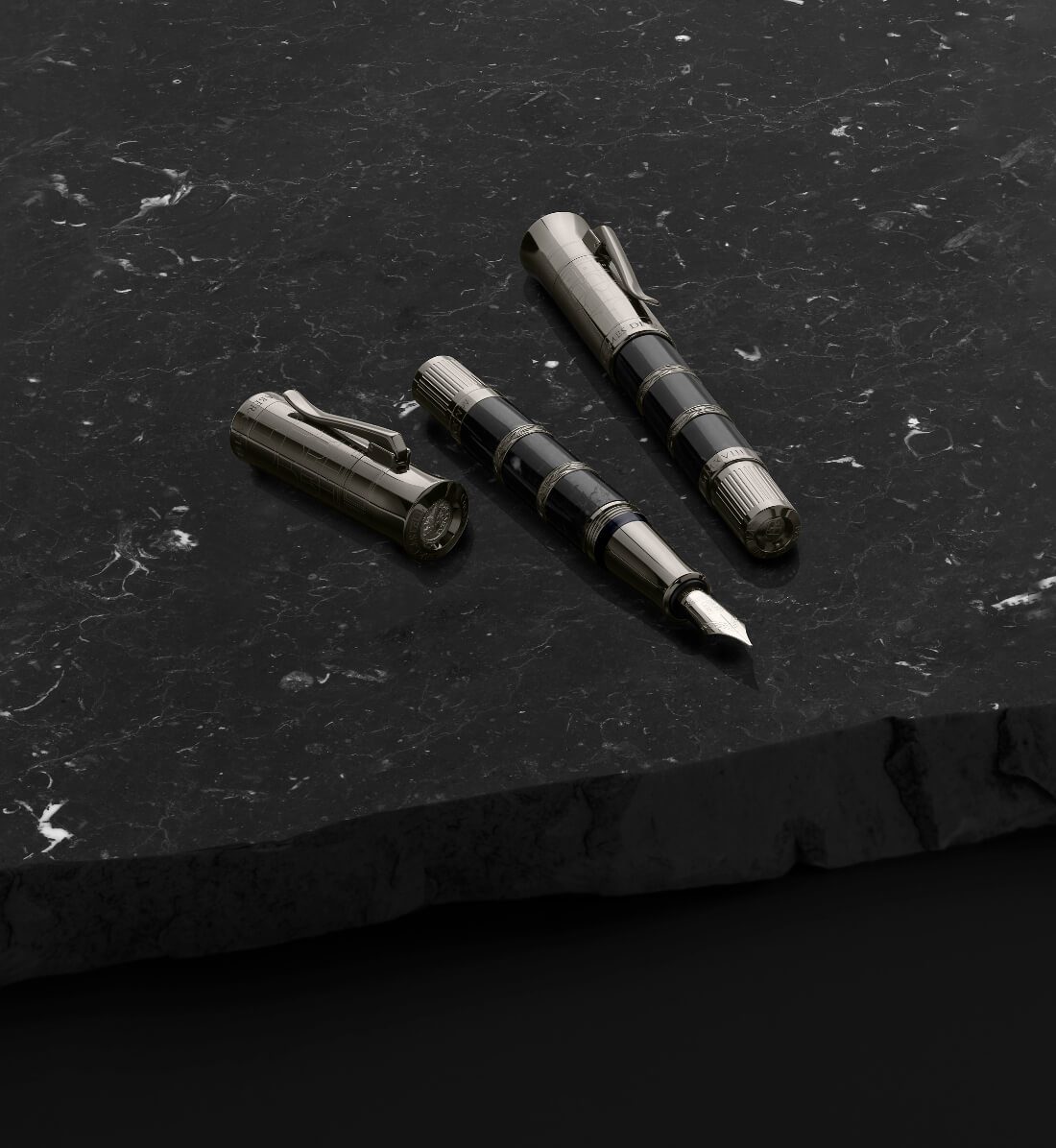