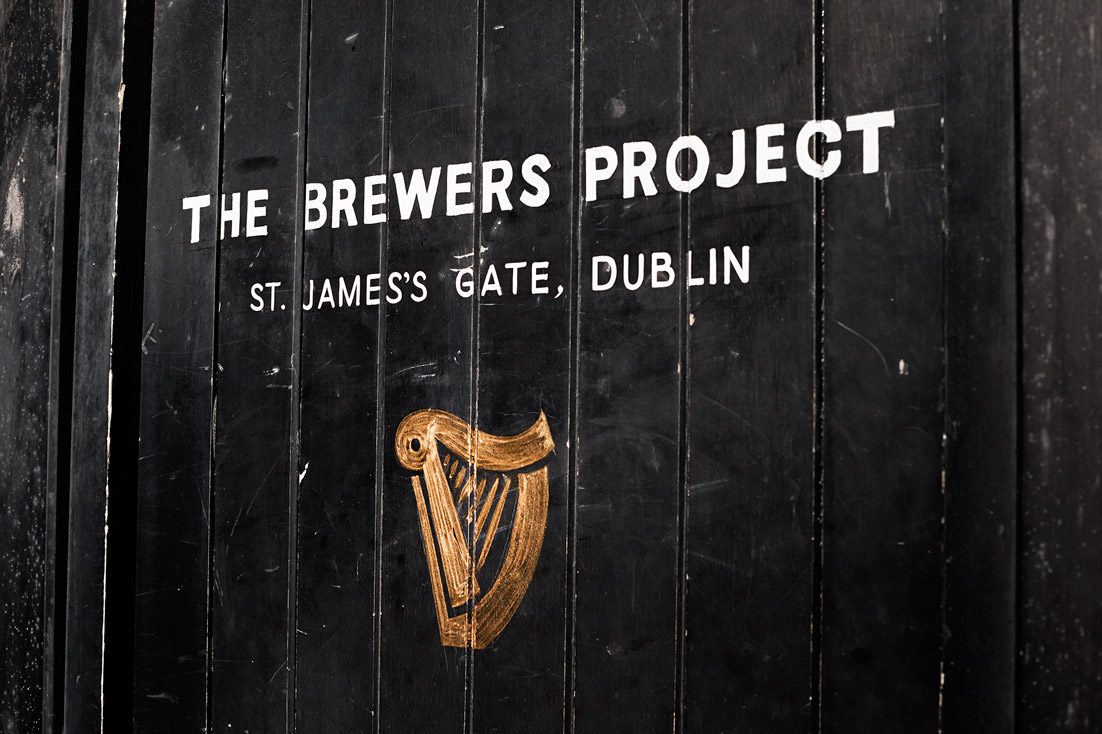 Last year Guinness launched their Brewers Project, releasing several new beers and porters taken from years worth of research and development. Resulting from the opening of their Open Gate Brewery at St. James’ Gate in Dublin, Guinness went ahead with opening the recipe books that have been in their possession for generates. As many of us are familiar with the classic draught stout that Guinness is famous for, many years ago they had plenty of other beers that they created and served in different parts of the globe.

Honouring those recipes while bringing them up-to-date for the current interest in craft brewing, the Open Gate Brewery has produced the Brewers Project range including Golden Ale, Hop House 13, Dublin Porter and the West Indies Porter. Due to the initial success and growing interest of the beers, the Open Gate Brewery has opened it’s doors to the public, where one can sample all their new and experimental beers.

Opening only two days a week – and with prior booking – the bar is set within the working brewery at the St. James’ Gate. It is very spacious and welcoming with great options to sample the various beers on offer. With your entrance ticket you get a paddle of four half-pints of different beers where you can get a taste of a nice variety before picking your favourite at the end. With exclusive beers only available there or in select international markets, it’s the perfect place to taste the wider variety of Guinness’ drink portfolio.

One of our favourites is the Nitro IPA – sold in the USA only – mixing the smooth silky quality found in Guinness draught. Replacing carbon dioxide with nitrogen they’re able to mimic the same sort of components found in their iconic drink. Our other favourite was Antwerpen Export for the Belgian market. Strong and robust with an intense and lasting flavour. Unique and yet recognisably Guinness. Going at 8% abv definitely offers a good kick. Another notable worth trying is the Offset Rye IPA with toasted rye substituting malt in the brewing process.

Every day, the 3 Master Brewers at the Open Gate Brewery meticulously go through old recipes and fine tune them before making a batch to be served in the bar. It’s quite exciting being able to try these new drinks before they’re released onto the larger market. It’s also a good reminder at how Guinness makes an effort to hark back to there old craft brewing days when Arthur Guinness started out all those years ago.

It’s well worth a visit, especially as it’s still fairly new and unknown – our Dublin taxi drivers didn’t even know about. Sample the newest and most exciting beers and stouts that Guinness are creating. The Open Gate Brewery – St. James’ Gate, Dublin is open on Thursday and Friday evenings only. Book in advance so as not to be disappointed guinnessopengate.com now.