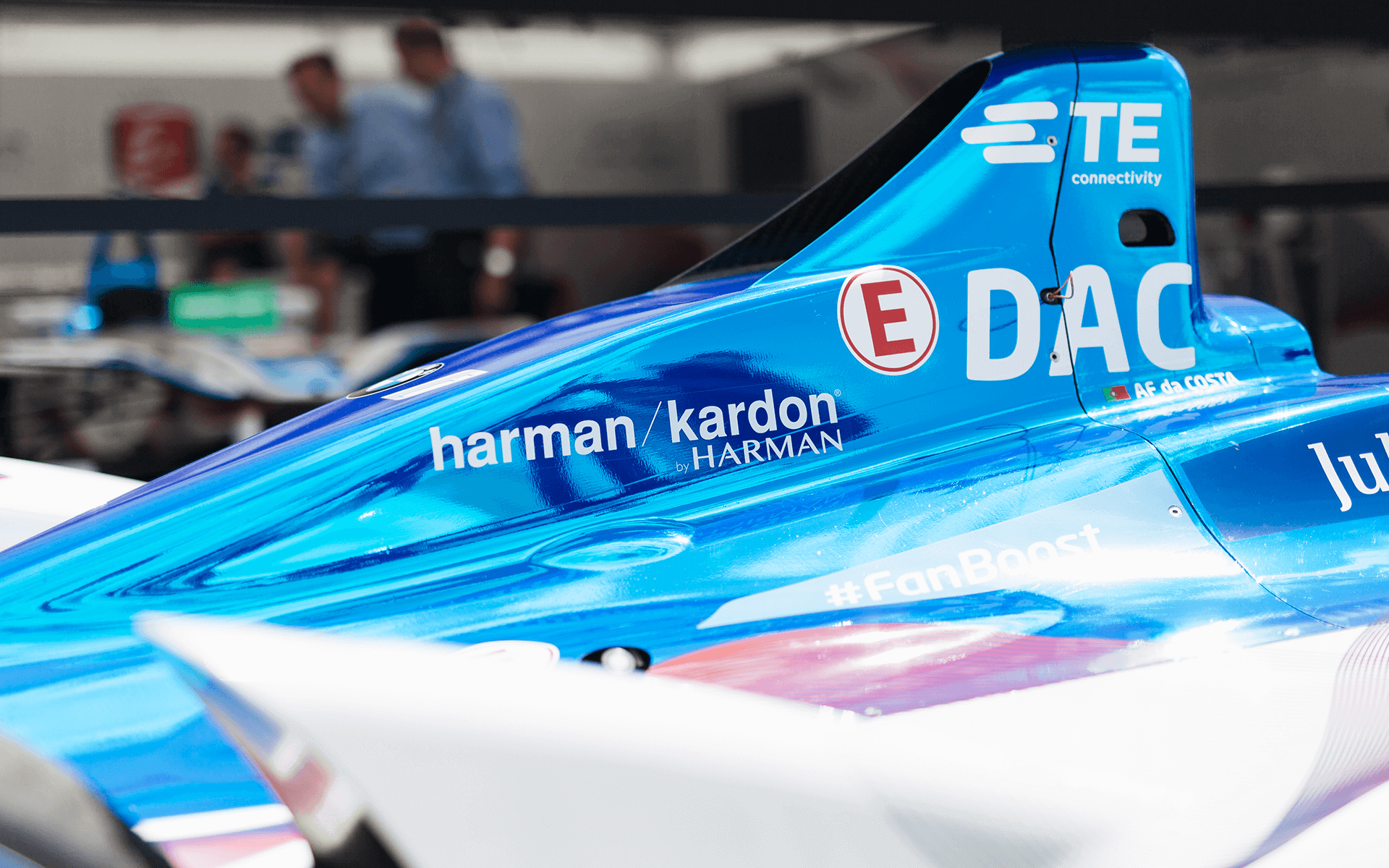 Founded in 1953 harman/kardon by HARMAN is an American audio company headquartered in Stamford, Connecticut. The company grew in popularity in the 1950s with some of the first high fidelity audio products. Today, harman/kardon continues to grow from strength to strength with a range of speakers, headphones and in-car technology. Ape to Gentleman were invited to Berlin for the FIA Formula E Championship E-Prix at Berlin Tempelhof Airport to learn more.

We stayed at the super-cool 25hours Hotel Bikini Berlin in the west of the city. With its rooftop bar and funky bedrooms it was a perfectly modern base to learn more about the innovative technology within the Formula E cars and harman/kardon products.

Day one began with a lunch at Neni Berlin, swiftly followed by a visit to Tempelhof for a look around the eVillage and an insight into the BMWi (electric) series of cars, with a sound demo by Harman Kardon acoustic expert Wolfgang Zieglmeier. We sat in a BMW i8, closed down the vertically operated doors and proceeded to be wowed by Zieglmeier, his exceptionally passionate and knowledgeable delivery of the lengths harman/kardon goes to, to ensure the cars it fits with its speakers blow your mind and delight your ears. Exceptional quality, and an all-compassing enveloping sound.

harman/kardon fit in-car speakers and technology to many of the worlds’ car brands, and employ around 30,000 people despite being relatively unknown in the consumer electronics space. Just ask BMW (and Audi, Mercedes-Benz, Fiat-Chrysler etc), harman/kardon is the ‘engine’ of many a car brand speaker system, and also- we learned, some seriously good headphones and home-audio speaker products. To support the move towards a greener, more sustainable future, it’s developed audio components that are lighter, more energy efficient and consume less power, all while giving the listener more output. This is especially valued in electric and hybrid vehicles, as it increases battery life and range.

After a meet and greet with the delightful Formula E safety car driver Bruno Correia we walked over to the track at Tempelhof for a BMW i8 driving experience- where a professional racing driver mostly shouted out, “brake!” as we thrashed the hybrid car around the circuit, pumping up the adrenalin levels. A great experience, and a magnificent car on every level.

The evening consisted of a dinner-event with fashion show and after-party at the Sage Restaurant by the River Spree. It was great evening and brought a touch of glamour to Formula E in its own unique and relatable way- with the fashion show showcasing clothing made from recycled race suits.

Day two. Race day. As the buzz around Tempelhof increased throughout the morning we got close to the action through a pit-lane walk and later on a garage tour, getting up close and personal with the cars and their impressively innovative technology. A couple of hours before the race there was a tech talk with engineers from Team Andretti who are partners of BMWi and harman/kardon.

The race. 44 laps, a car change for each driver, 30oC heat and a 24-000 strong crowd. We were in for a treat. Purists will say that Formula 1 sounds better, but Formula E is a different kettle of fish- it’s a sustainable and greener sport, and with it- the cars have their own unique ‘whine’ as they whistle past, aerodynamically carving through the air. The racing itself is as exciting as any- where championship leader Sebastien Buemi who was given a 10-second grid penalty and started much further down the grid than he normally would find himself, but was undeterred and delighted us with a showcase of driving talent that was only trumped by the eventual race winner Felix Rosenqvist of the Mahindra team who was subsequently given a 10-second penalty too, gifting Buemi the win after all. 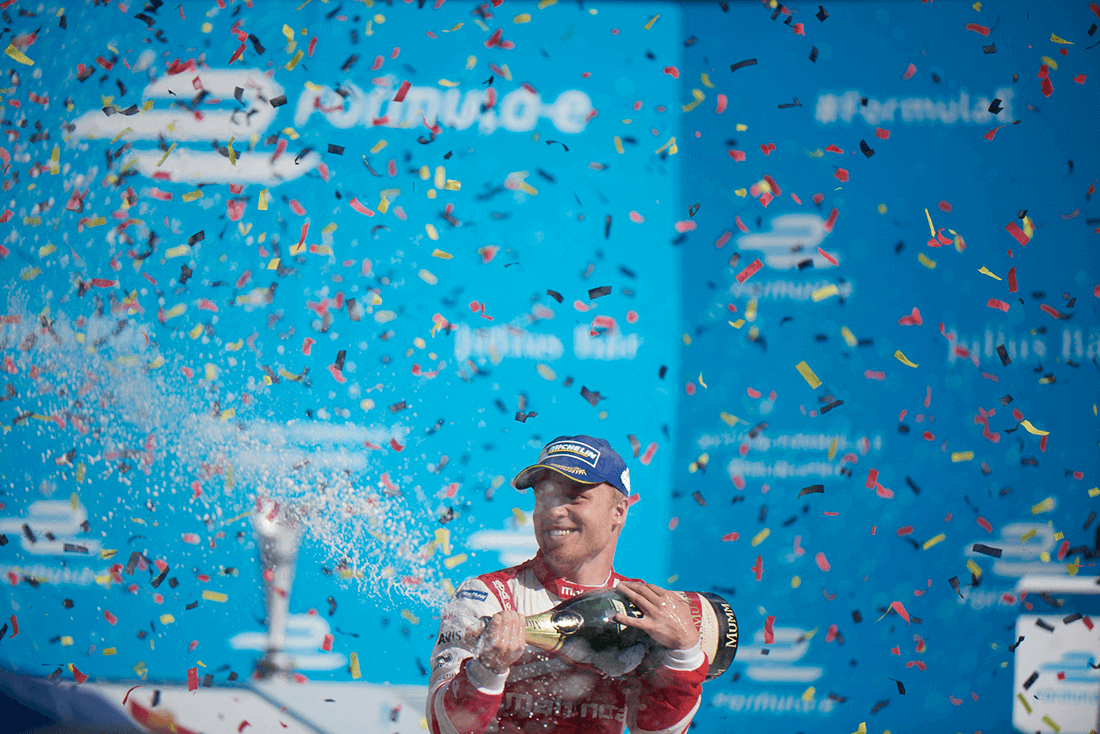 Formula E is an interesting concept- it’s clearly the future, with manufacturers pushing for electric vehicles. In the same way Formula 1 engineers develop in-car technology which is passed on to road-cars, the same happens in Formula E. And with partners such as BMWi and harman/kardon committing to the sport, aligning their own brand with buzz words such as sustainability, greener energy, innovation- this is the ‘sound’ of the future, and it’s electrifying.