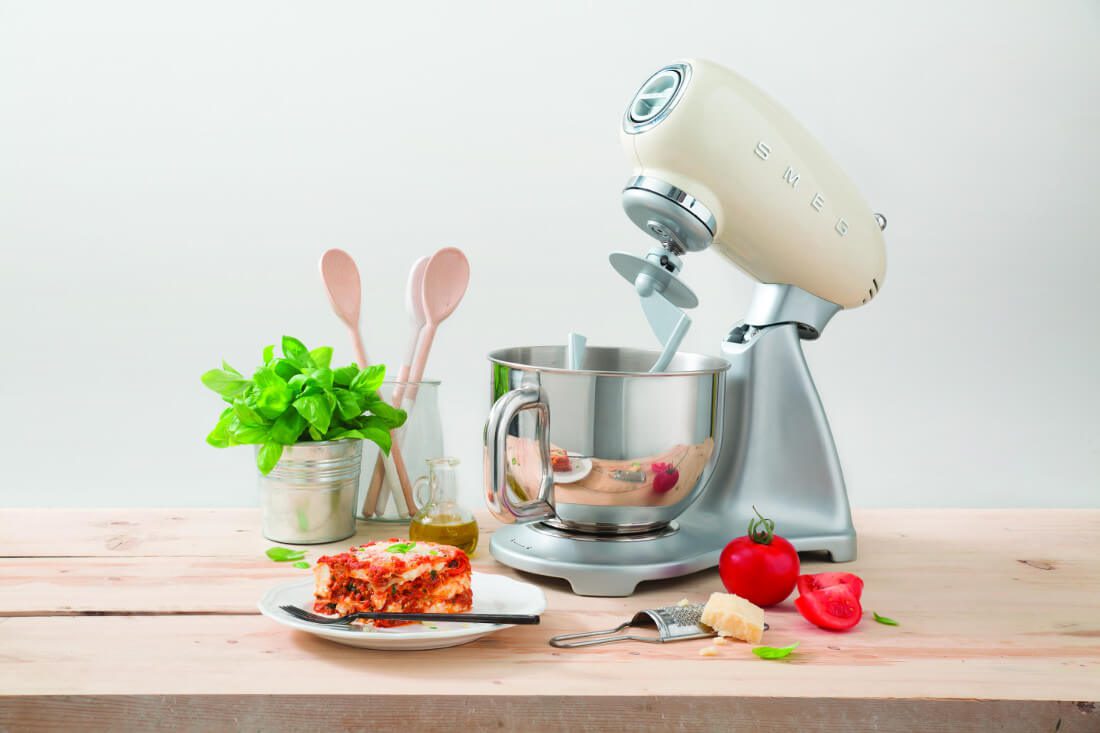 Italian cooking appliance manufacturer Smeg was founded in 1948 by a family of entrepreneurs determined to lay the foundations of a strong company. They must have done something right, as almost 70 years later, it is one of the largest appliance brands in Italy.

Today, the brand is run by the third generation of Bertazzoni, but it still keeps the memory of its beginnings alive in its name, which is an acronym for Smalterie Metallurgiche Emiliane Guastalla, or for the non-Italian speakers amongst us, Emilian metallurgical enamel works of Guastalla. 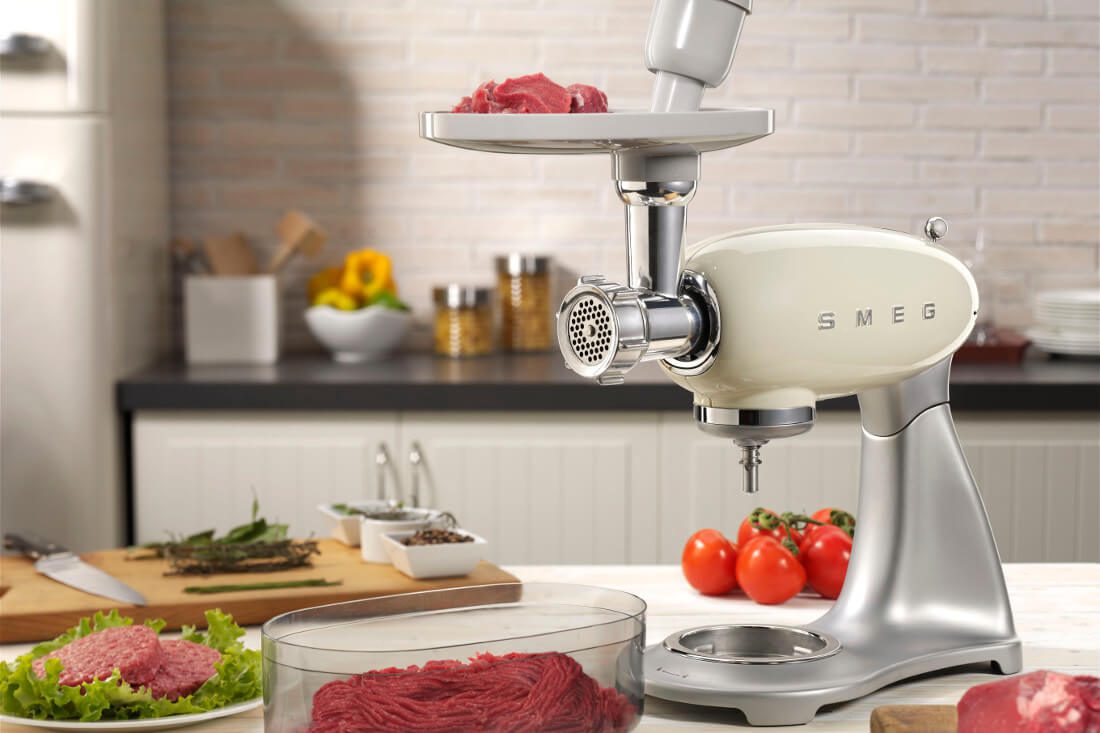 A quality that has always set Smeg apart since its founding has been its unique attention to aesthetic and design- creating a product with a stylish look as well as functional performance. The company consider each of their new products to be a ‘special artefact’, and carry out painstaking research into finding the best aesthetic, which has included working with well-known designers  and architects such as Guido Canali and Mario Bellini.

For evidence of this attitude, we need look no further than the SMF01 stand mixer, which makes its impact with style as well as substance. The retro look harks back to the kitchen of the mid-to-late 20th century, and the choice of seven colours to select from adds a touch of personalisation, from a more neutral look in cream or pastel green, to a burst of standout colour (or indeed, lack of it) in a bolder red or black. 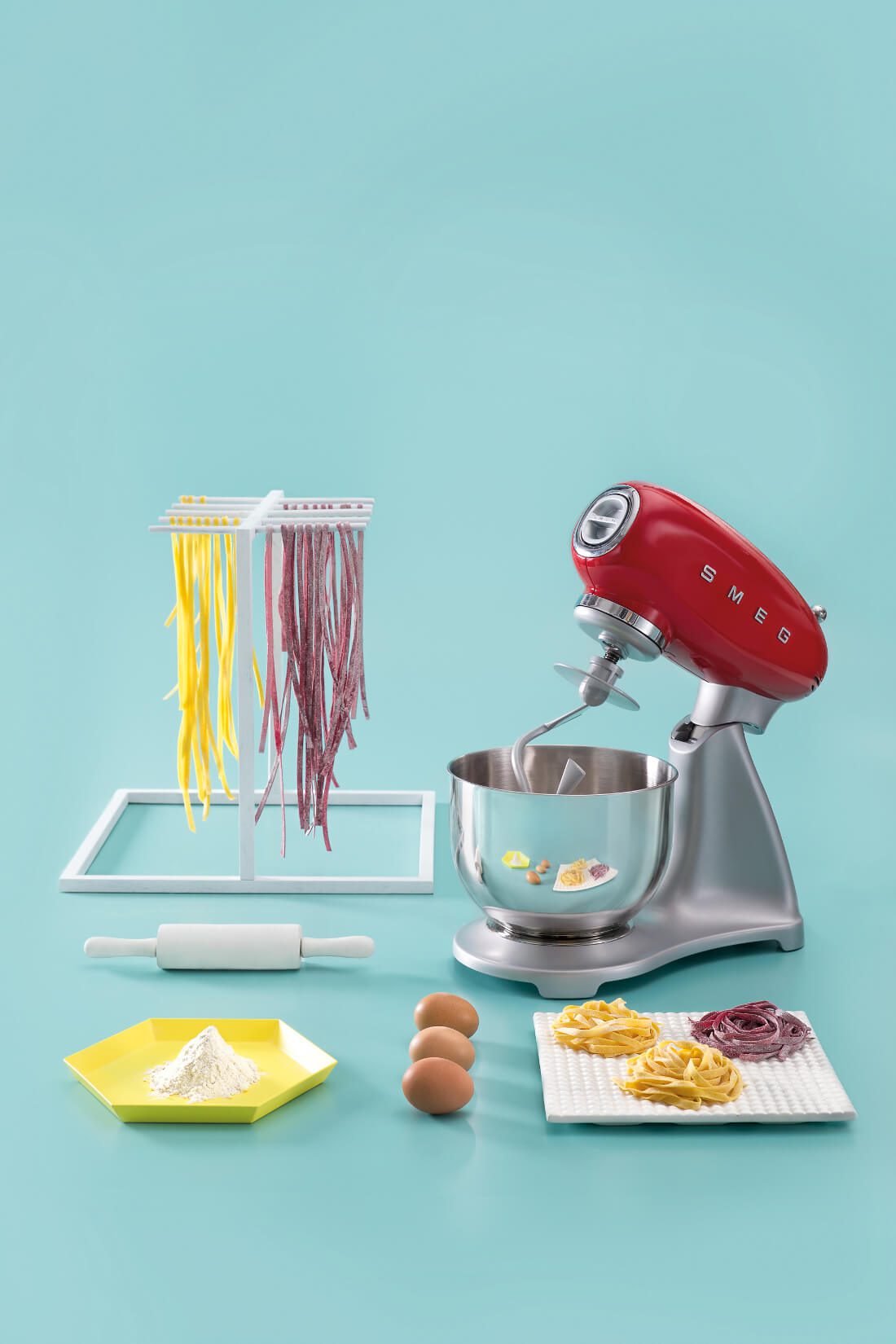 From the ergonomic perspective, lever on the top of the mixer allows for variable speed control between 1 and 10, and includes a safety lock which can be used when the mixing head is tilted up. A recipe book is even included in the box to help you get started, and additional attachments can be used in conjunction with the mixer to increase functionality (a pasta roller set, a multi food grinder, a vegetable shredder and slicer and a ravioli maker, in case you were wondering).

When looking for design tips, your first thought might not be of kitchen appliances, but Smeg’s unique product creation process certainly deserves a mention in this category. As much as a quick glance at their logo tells you all you need to know about the way this brand operates in the three words positioned below their name: “technology with style”.

The SMF01 Stand Mixer, by SMEG