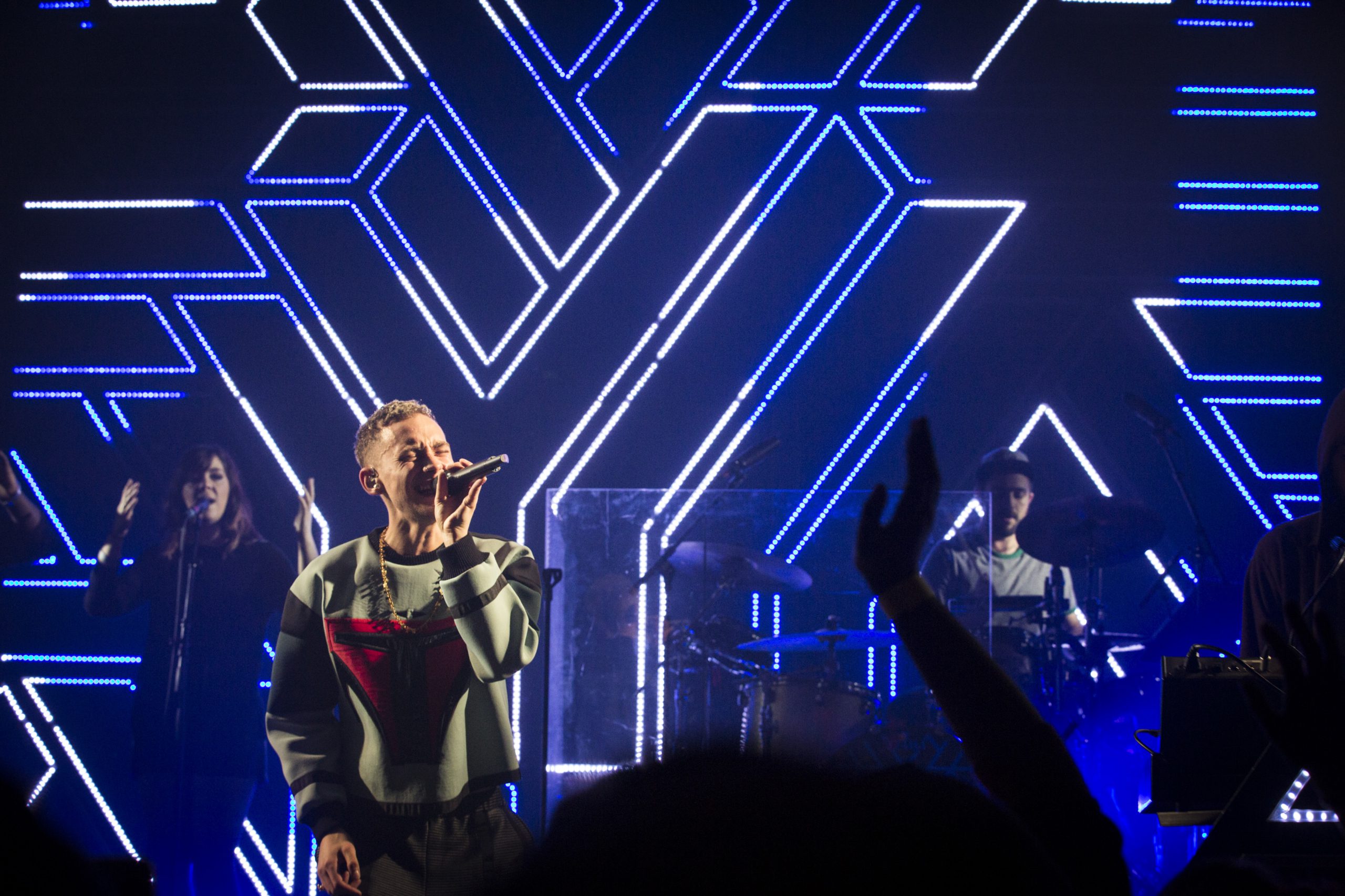 To mark the launch of HP Lounge, a new music streaming service from HP offering exclusive access to artists and events through a partnership with Universal Music, electro-pop band Years & Years performed an exclusive gig at Koko London for fans and HP customers. We were given exclusive access with the boys before their gig to talk about their partnership with HP Lounge as well as the new Star Wars movie The Force Awakens.

How did the connection with HP Lounge come about?
Emre – We rung customer services saying my ink jet printer wasn’t working very well and once they found out who I was they asked if we could play a gig. I’m only kidding.
Olly – They just asked and we thought it would be cool. We’re fans of the Star Wars movies and thought it would be really good fun. Can’t wait to play with the BB8 as well.
Mikey – I saw this documentary that all the board of directors of HP are female and I thought that was very impressive. They’re one of the only Top 100 companies to have that.

Do you have any particular grooming rituals? And any favourite products?
Olly – I use body lotion all the time. My favourite is Rind Concentrate Body Balm by Aesop.
Emre – I have a Kiehl’s cocoa hair products that I use.
Mikey – I basically wash my hair and beard.
Olly – But I only wash my face with water, I don’t think it’s good using cleansers. I have very sensitive skin.

Who takes the longest to get ready?
Mikey – I do. I take longer than my girlfriend. She takes 10 minutes and I take 40 minutes to get ready.
Olly – But you always look the same!!
Mike – I condition on gig days.
Olly – I used to take longer when I had hair. Mikey has ‘ad hair’ hair it’s that good.

What are your favourite Star Wars characters?
Olly – I like Padmé
Emre- R2D2
Mikey – I like Darth. From the original movies

If you had Jedi powers who would you play Jedi mind tricks on?
Emre – I’d use them on politicians.
Olly – Oh, that’s really good. You could use them on a bunch of politicians right now.
Mikey – I’d probably use it Kanye West to make him smile. He knows when he’s on camera and doesn’t smile, so I’d just get him to smile and loosen up.

What are your favourite items of clothing?
Mikey – There was a Saint Lauren leather jacket that I wore once for a photo shoot or fashion event and it just fitted so well. It was about £5k and I really wanted it. But equally, I have a Vivienne Westwood jumper that I love and wear all the time.
Olly – I like matching tracksuits like classic adidas originals ones and high-end ones. If your bottoms match your top, I really like that. Especially if they have matching prints on top and bottom.
Olly – We have very different styles and so when dressing for stage it’s always a struggle to look unified. But we like that we’re individual and unique in that respect staying true to our character.

HP Lounge – Get Closer to the Artists you Love

Building on its successful partnership with Universal Music Group, the world’s leading music company, HP is also introducing HP Lounge*, a new entertainment service that lets users immerse themselves in the universe of their favourite artists. Through HP Lounge, customers will now be able to enjoy 12 months of unlimited access to the world’s most popular music artists via an ad-free web radio streaming service, as well as access exclusive content and unique music experiences.

Users will be able to enjoy specially curated content from HP and Universal Music including behind-the-scenes news, making-of videos, artist interviews and album reviews. They will also have the chance to win concert tickets and gain access to exclusive money can’t buy music experiences such as meet and greets with their favourite artists, recording studio visits and VIP packages to private showcase events.

Coinciding with the hugely anticipated release of Star Wars: The Force Awakens, we were the opportunity to trial the new BB8 toy – a character that will feature heavily in the new movie and will undoubtedly become a new star just as R2D2 became an iconic character. Released by Disney as a remote controlled toy, you can control the toy using your HP tablet device.

HP have an impressive new family of notebooks and tablets, all built with Windows 10 and feature numerous designs with one feature in a handful of models that we’re very impressed with called Lift Hinge Design. This opens your notebook with a hinge that lifts the base off the surface to allow for cooling and air circulation. HP have also worked together with Bang & Olufsen for the speakers to offer exceptional sound quality. Creating a music streaming service and focusing on the quality of sound on their devices is a very smart move, and we’re big fans of the Danish visual and sound company.

A real gem for any Star Wars fan, Star Wars Special Edition notebook is inspired by the Galactic Empire. There is attention to detail throughout, with a “battle-worn” distressed design to the casing that includes “Galactic Empire” written in the unique Star Wars Aurebesh typeface on the hinge. The touchpad design mirrors the X-Wing Star Fighter Guidance System and the red backlit keyboard completes the dark-side design. Recognisable sound affects are used when using particular functions or programmes.

For portability and power, the Star Wars Special Edition notebook gets up to 7 hours of battery life and is offered with Full HD and optional touch in a 15.6 inch display. Customers have the choice of sixth generation Intel® Core™ i5 and i7 processors. The notebook comes with up to 2 TB of HDD and up to 12GB of RAM with the option to select between Intel HD Graphics 520 and NVIDIA® GeForce® 940M graphics processors making the Star Wars Special Edition notebook a great device for gaming.

The Star Wars Special Edition Notebook is available in the UK starting at £549. hp.co.uk/store