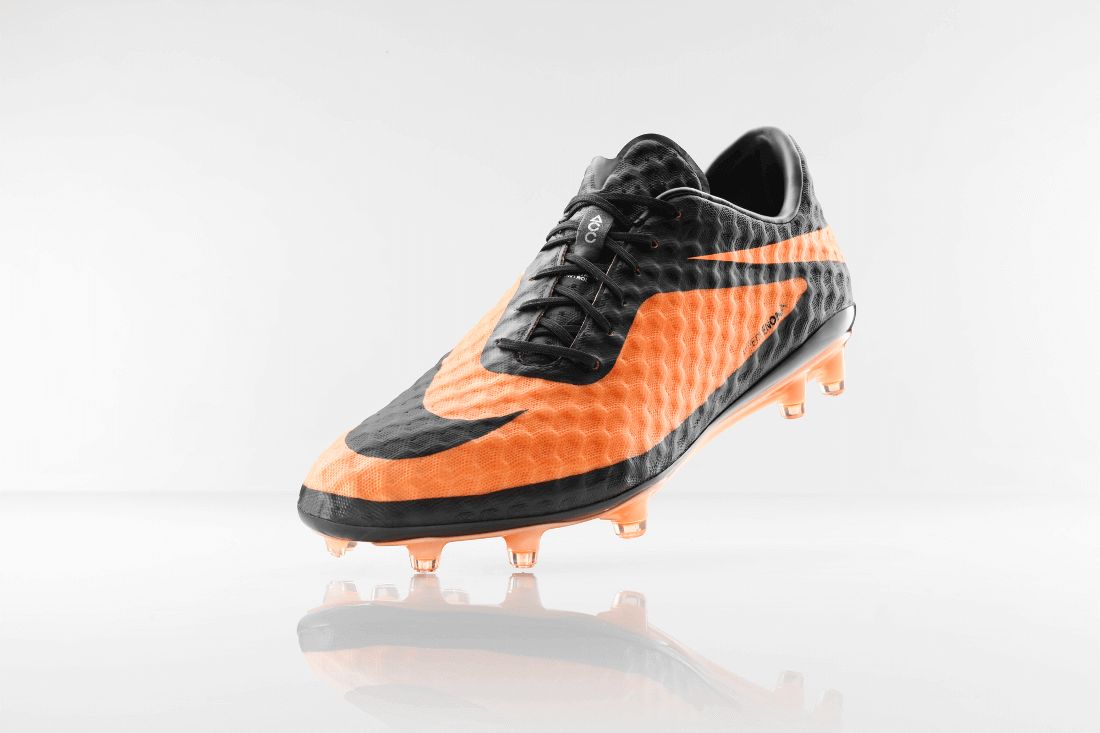 As the 2013/14 football (soccer) season across the planet begins to gather pace, you will have noticed the football boots adorning the feet of some of the world’s finest players. Wayne Rooney, Zlatan Ibrahimovic and Neymar to name but a few headline stars of the beautiful game. The footwear in question is the new Nike Hypervenom – built with a focus on ‘feel’. Ape to Gentleman caught up with Denis Dekovic, lead designer of the latest weapon in world football’s arsenal.

Previous Nike Football boots have centred around speed. While the Hypervenom pays attention to this, the new focus is ‘feel’. Was the aim to mimic a barefoot sensation as closely as possible?

Feel is just part of it. The boot is about delivering “deadly agility”. The barefoot sensation covers some of the requirements that our players are asking for when it comes to touch. But, we still look to revolutionize for fit and traction. The new materials we used on the upper, this mesh-based version of Nike Skin and the Nike ACC treatment, allow us to give the players an even better feel for the ball. And the new sole plate, with it’s split toe design, help accentuate the movements of the foot that increase agility.

What materials were used to create better ‘feel’? And how are these an improvement on past materials?

The players wanted us to remove materials from the upper to increase the foot-to-touch feel. The mesh-based version of Nike Skin delivers a better touch. It’s very logical when you think about it. As kids if you played in running shoes for example the feel on the ball was great. We looked to deliver some of that feel whilst delivering a solution that would work and perform in any condition. That’s where Nike ACC helps.

How do you ensure an emphasis on touch and agiility doesn’t compromise on structure or safety from heavy challenges or impacts?

When we talk to players they are looking for us to increase the tiny percentages that will help them win. For the Hypervenom, the players wanted a great solution for finishing, something agile to help them create space. Safety isn’t something they really ask us to look at, at this level they want to make history. They are looking to Nike to give them those small advantages.

Which elite players did Nike consult with to warrant the innovations in the Hypervenom?

Neymar was a huge part of the development. Also Ibrahimovic and Rooney.

What did the elite players request in the Hypervenom and why?

The players were really looking at us removing layers to get the foot closer to the ball. This is probably the biggest difference between the T90 series and this new design. Less layers, less ‘tricknology’. The players all wanted to increase the foot-to-ball feel.

In summary, what are the key benefits of the Hypervenom boots and how will they improve a footballers game?

This boot has been designed to increase agility. They will give the wearer incredible touch on the ball. The mesh-based Nike Skin that makes the upper gives amazing feel. The split toe plate activates the part of the foot that defines the speed of the first step, which will help with that all important first movement. Overall this is for the deadly finisher, if that’s what you are looking to be…

Finally, if you had one piece of advice for anyone – what would it be?