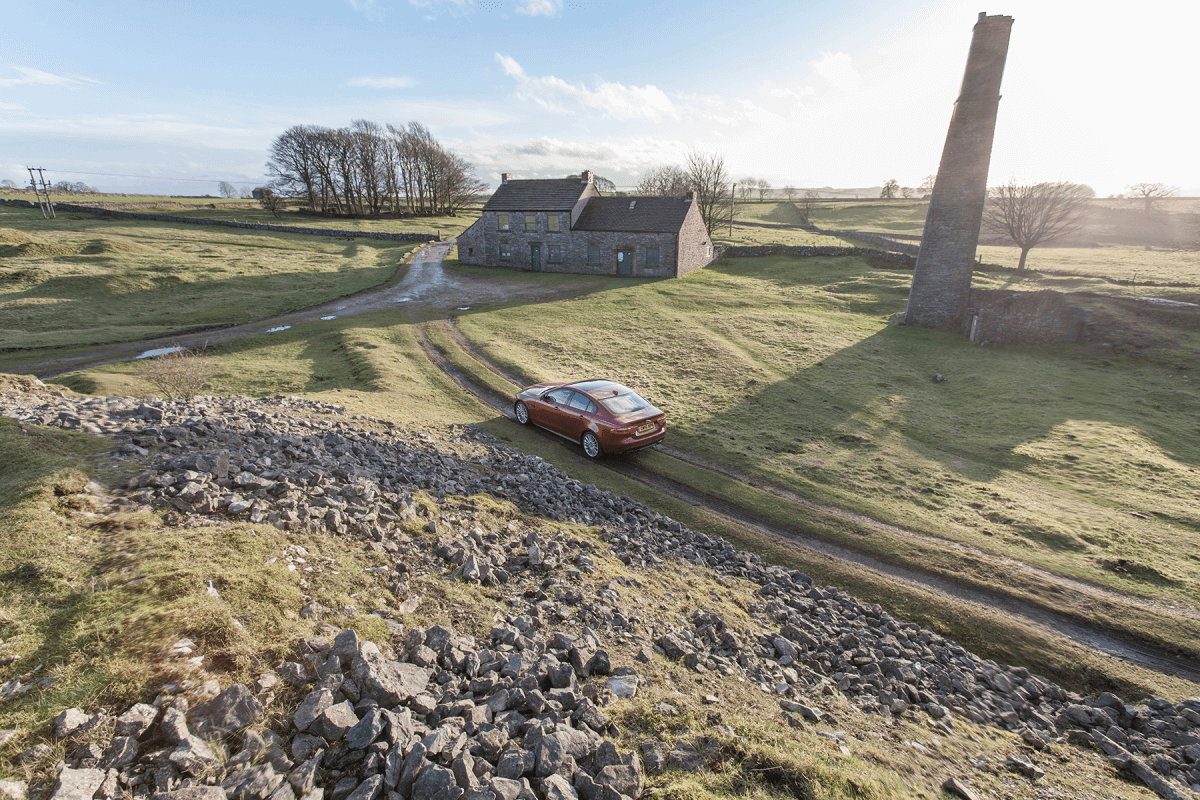 20 years ago the only people you’d see driving a Jaguar were balding politicians and wealthy middle-aged men. Today, though, Jaguar is rebranding itself as a modern British brand, and the sleek new XE saloon is crucial to its plan.

It’s not very often you can say a car is all-new; usually they’ll be rolled out at a motor show with a new set of headlamps and called revolutionary. But the XE really is new from the ground up: the engines, chassis, interior, and technology isn’t something we’ve seen on a Jaguar before.

The reason Jag has invested so much into the XE is that is has to fend off the likes of the BMW 3 Series, Audi A4 and Mercedes C-Class. And this flagship R-Sport model is in the best position to do just that.

Visually it has far more sporting proportions than its rivals thanks to the cab-reward design, flared bumpers and black exterior detailing. Inside, the cabin design cocoons the driver in lashings of leather and polished wood, while the seating position gives the impression of sitting in something far lower.

The R-Sport is a trim level, so if you want fancy looks without the associated running costs then you can have just that. The best option is the 178bhp 2.0-litre diesel, which gives you ample performance without having to spend every other day at the fuel pump thanks to economy of over 67mpg.

It drives as well as it looks, too. The steering is snappy and direct allowing you to place the XE on the road more like a sports car rather than an executive saloon, while the gear change from the smooth eight-speed automatic is always precise and rapid.

And as a bonus, British politicians will no longer be chastised for having such poor taste in cars- quite the opposite in fact.