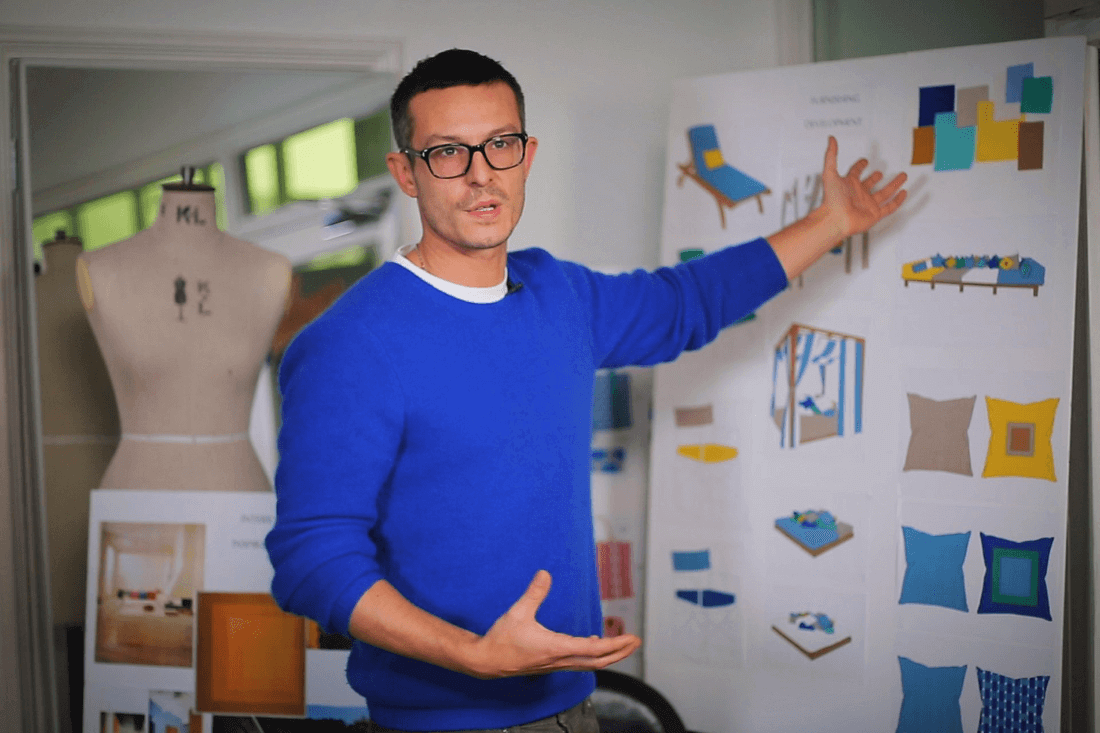 British fashion designer; Jonathan Saunders has released a short film entitled, Jumper – directed by Justin Anderson. The film shot earlier this year, offers an insight into Jonathan Saunders the brand with colour playing an important part in the narrative, a focus and signature of Saunders’ own work. The story is of a bourgeois European family whose lives are invaded by a visitor with an unnerving presence, who we in all honesty struggled to understand – the point of the film I suspect.

Inspired by David Hockney’s ‘swimming pool series’ and the 1968 Pier Paolo Pasolini’s film ‘Teorema’, Saunders’ signature use of colour runs as a theme throughout from the deep blue of the water to the piercing green of the grass through to the actual clothes themselves.