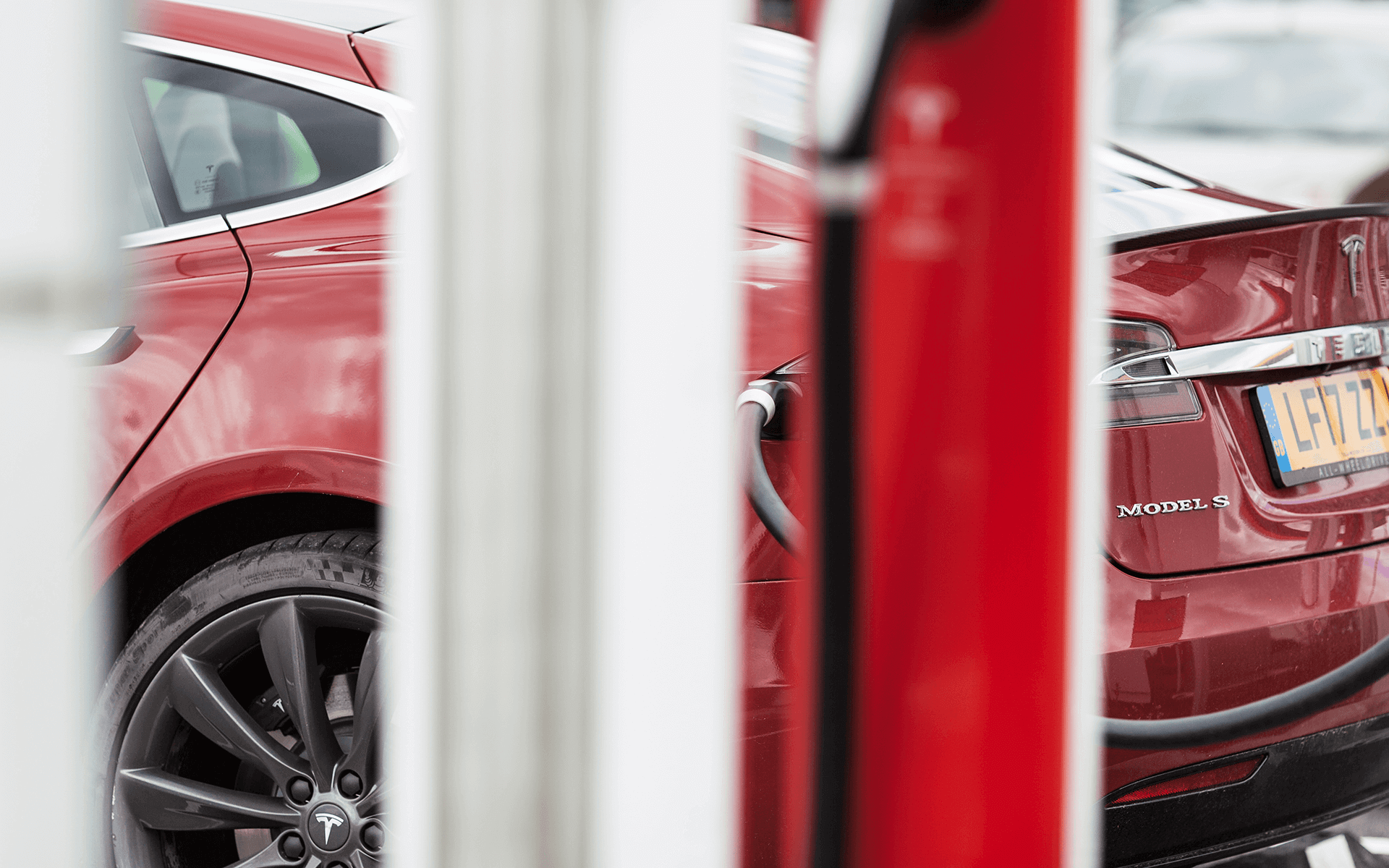 I write this having lived with the Tesla Model S P100D all-electric car for a week. I painfully left my BMW M140i at Tesla, and set off back to Ape HQ- open minded, and open to be wowed by Tesla. A car that so many in the automative industry are talking about. Is this the end of the internal combustion engine? If you don’t have five minutes to read this entire article, the answer is yes. But the future isn’t all Tesla, in my opinion anyway. 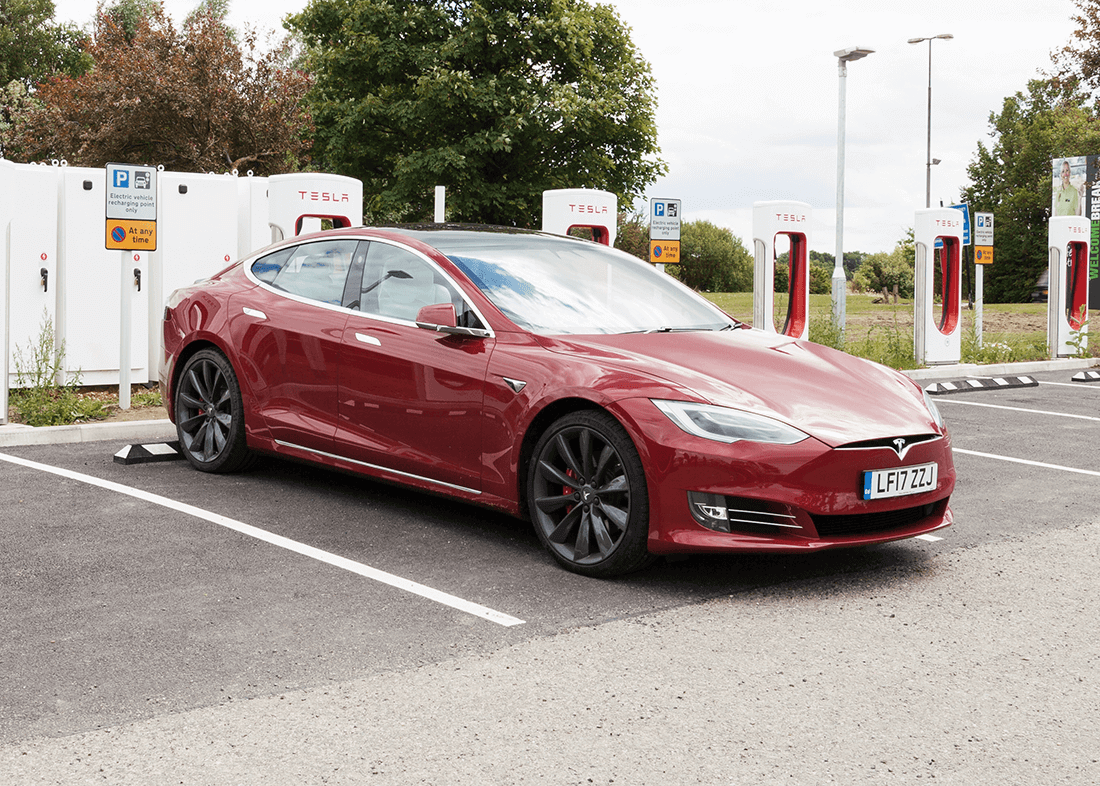 First off, the Tesla P100D costs £126,900. And yes, in ludicrous mode it will do 0-60mph in 2.5s. Although the variety of passengers I drove with in the Tesla kept saying ludicrous mode was, “insane” – which is also an appropriate word to describe its almighty pace. Despite being as quick as a Bugatti Chiron which incidentally has an 8.0L W16 engine with quad-turbocharger, kicking out 1,500PS and 14mpg, and not a 100kWh battery like the Tesla P100D which means all this ‘insanity’ is delivered in total silence. And with no gear changing, it’s super-smooth. It’s similar to an aircraft take-off, minus the lift, with gravity firing you back into the plush and comfy Tesla seats. If you’ve ever ridden Rita at Alton Towers, that’s the same as the Tesla P100D. 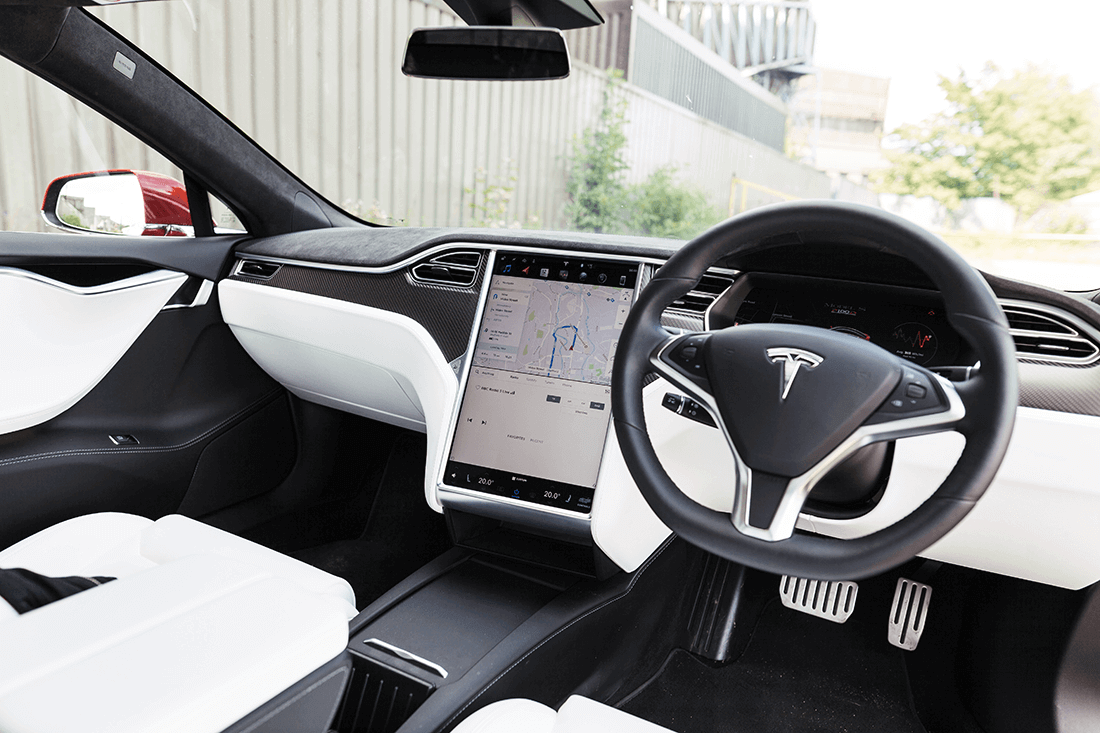 Now, with the arrival of the Model 3 at around £30,000 – the ‘more affordable’ Tesla could be the straw that breaks the camels back of the internal combustion engine. A 215 mile charge will cost around £3 overnight, at home, which is more than enough for most people’s daily commute. The P100D has better range of around 300 miles, but it’s more expensive. I’m no battery scientist but I can only imagine these ranges will start to increase, drastically. 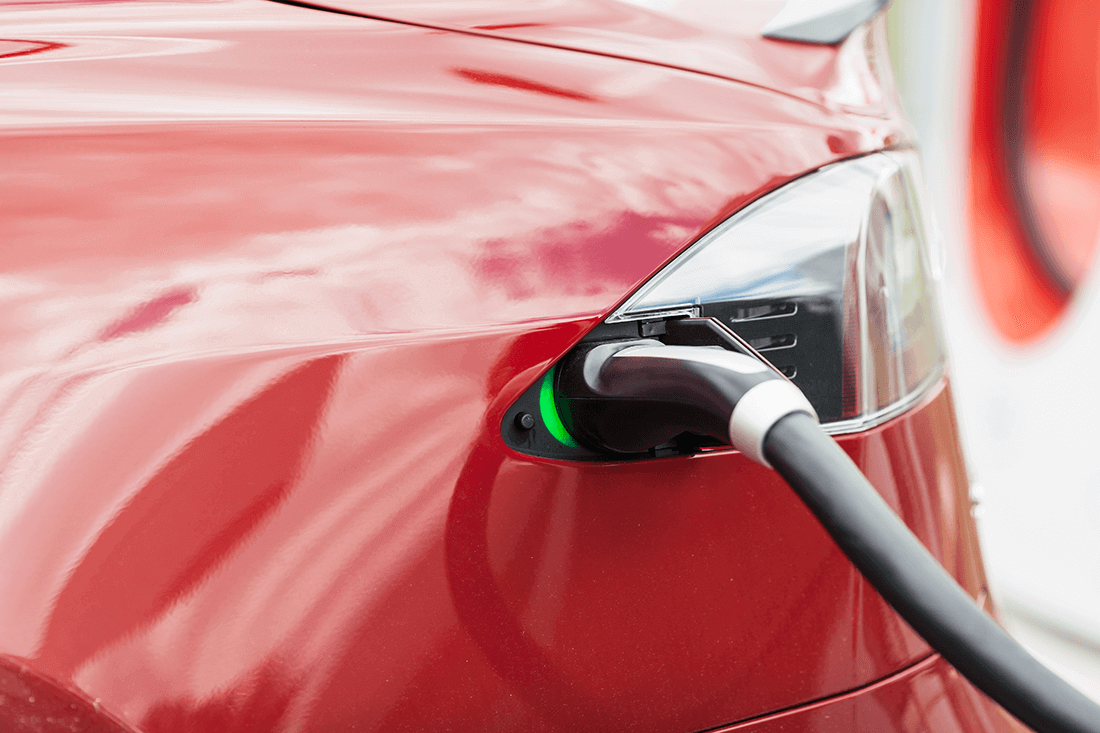 Running cost wise, my BMW M140i costs £55 per tank, and delivers around 300 miles. That’s 18p per mile versus 0.01p per mile in the Tesla. If you fill up once a week, that’s £2,860 worth of fuel per annum in the BMW versus £156 in the Tesla, meaning it’s 94.5% cheaper to run the Tesla. The only thing to bear in mind though- will the energy companies and government tax authorities allow us to run our money-making cars on such cheap ‘fuel’? Surely they’ll see a massive black hole from petroleum revenue and tax, and readjust how we pay to fuel our cars? Not to mention the benefit to the environment which most of us are, or should be concerned with. If you’re concerned about range too, don’t be- there are superchargers, which take around an hour to charge the battery from zero to a hundred percent, up the spine of the UK, and interestingly, many destinations such as luxury hotels offer free charging for guests. The latter adding a new angle for the lifestyle driver; destination driving. 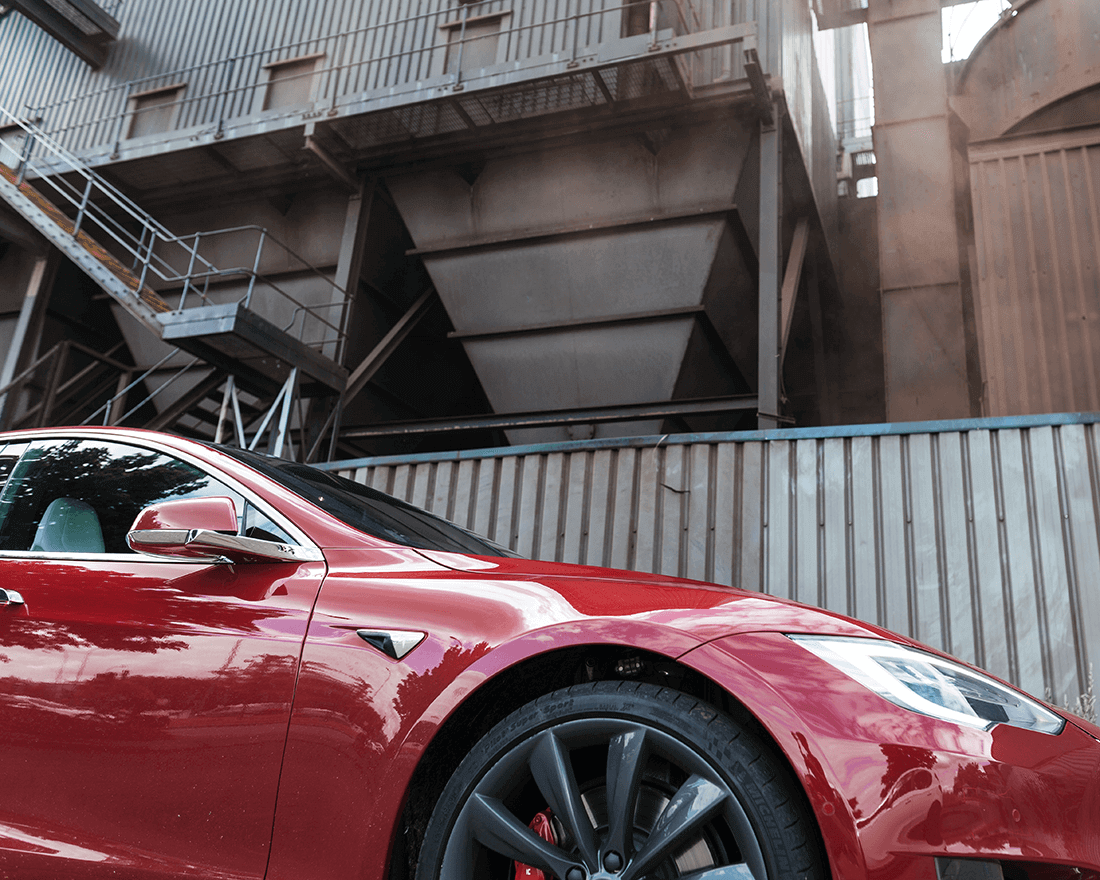 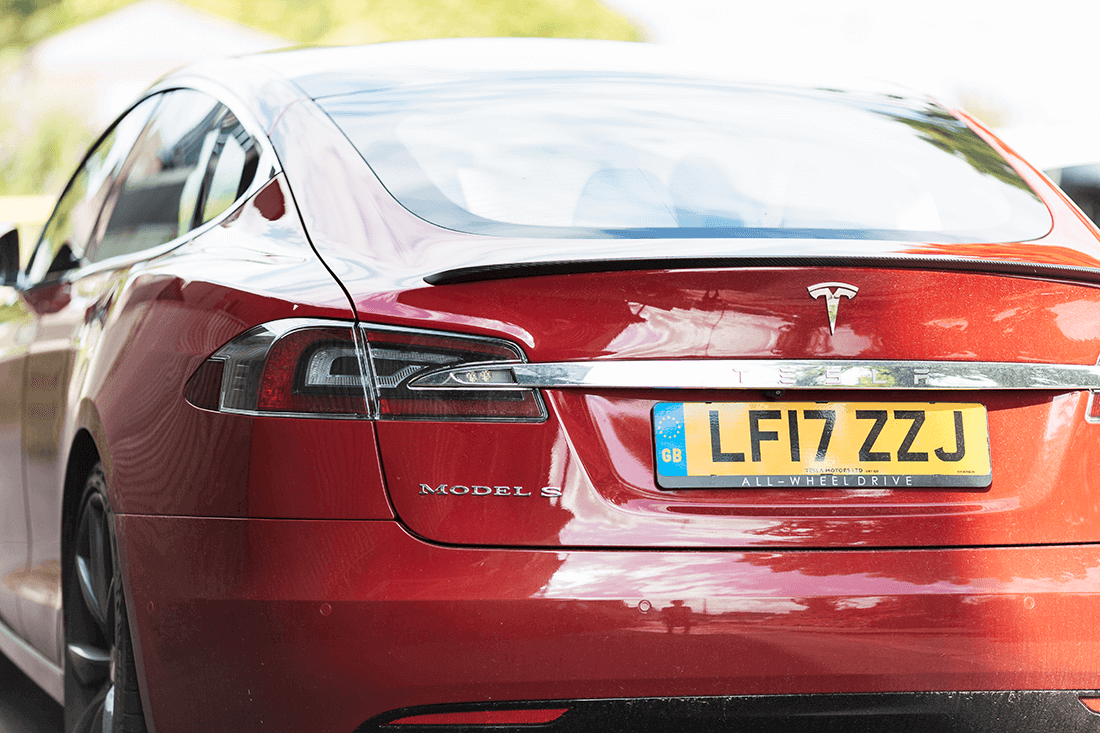 To drive, the Tesla with its all-wheel drive system handles like it’s on rails- not a hint of a skittish back-end, and the whole package delivers the power superbly. Within; it’s comfy, spacious and loaded with tech- the latter controlling the entire car via what can only be described as an Apple iPad Pro XL. The giant screen exclusively uses software created by Tesla, other than Google Maps, and it’s great. It can be updated via software updates via the inclusive 4G or WiFi connection, just like an Apple iPhone. 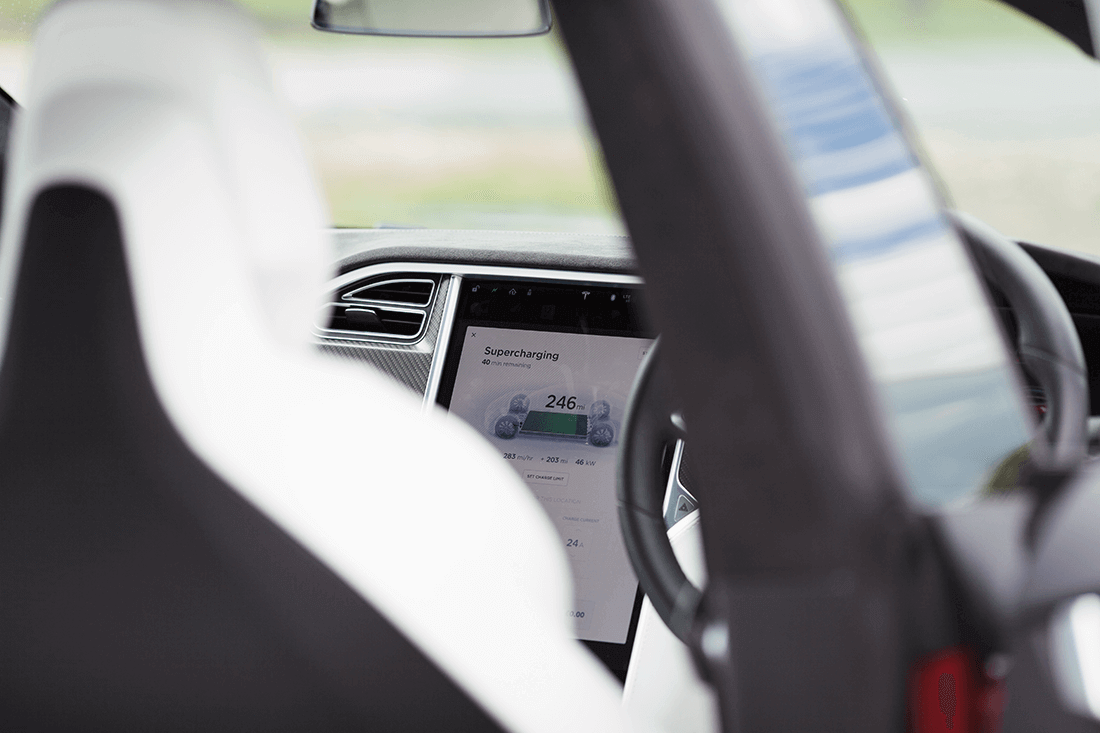 My heart wanted me to walk away from the Tesla preferring my raucous sounding BMW M140i, and if I’m honest, for now I still do prefer it- I need noise. The Tesla is like a science experiment, and Elon Musk, the founder of Tesla has given the car-world a kick up the back-side with his ground-breaking electric cars. The future is electric. There’s no doubt. It’s cheaper to run, more sustainable and less harmful to the environment. And Tesla are at the forefront of the game, producing an unbelievable car, one which will be capable of self-driving, with a simple software update- when the software is ready for the public. The hardware is already in every Tesla. But let’s not forget, the traditional car manufacturers are no fools- their all-electric versions of their most popular models must be in the pipeline, BMW already produce the smaller, all-electric i3. And when they arrive; your decisions won’t be do I buy internal combustion or electric, it will be electric, your decision will be; which brand do I have an emotional attachment to. Will the BMW M3E take your fancy, will you lean towards the pioneers; Tesla, or perhaps the Audi RSE? I made all those names up. And for this reason, it might seem like the traditional car companies are lagging behind, but I doubt they are- they are just waiting for the timing to be right. And the Tesla Model 3, at £30,000 might be that tipping point- as sales of internal combustion powered cars decline. 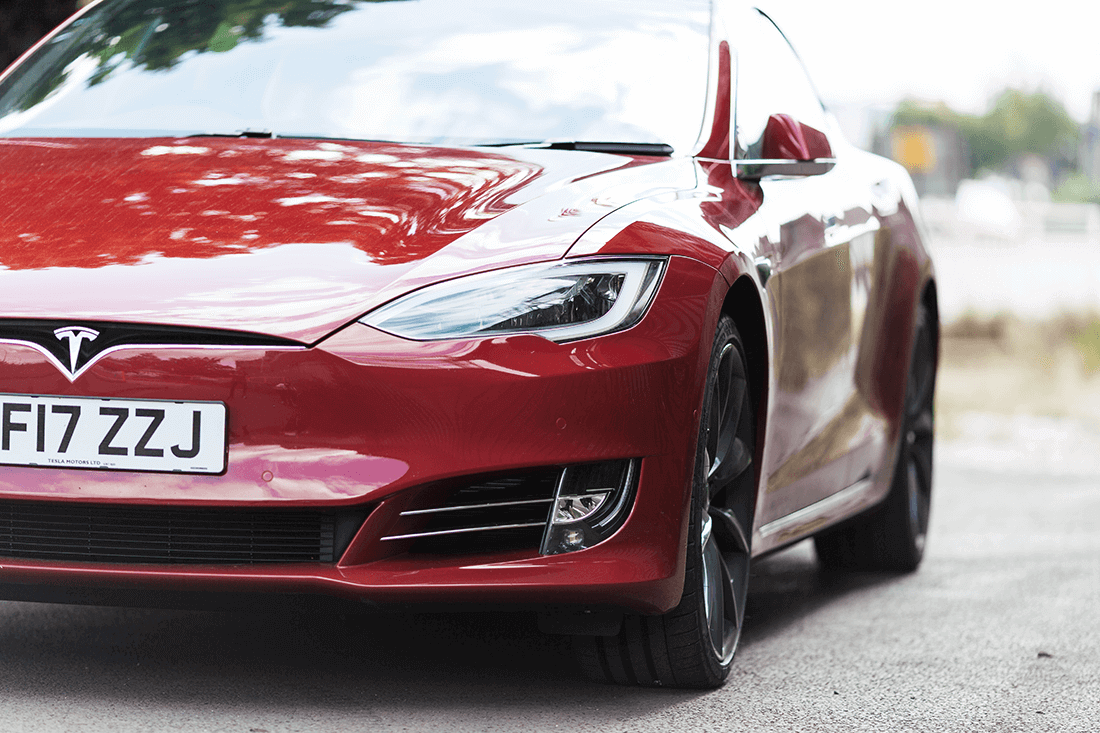 Personally, I don’t have a bad word to say about the Tesla P100D, it’s fantastic. Other than, I long for noise. Men need noisy cars. I drove a BMW i8 recently and this manufactures noise. It’s not cheating- Ferrari for instance have always had ‘special’ exhaust systems which deliver ‘that’ Ferrari whine. It’s the same thing, save for the V12’s of old. Surely a software update will fix this, or the addition of speakers in the future? 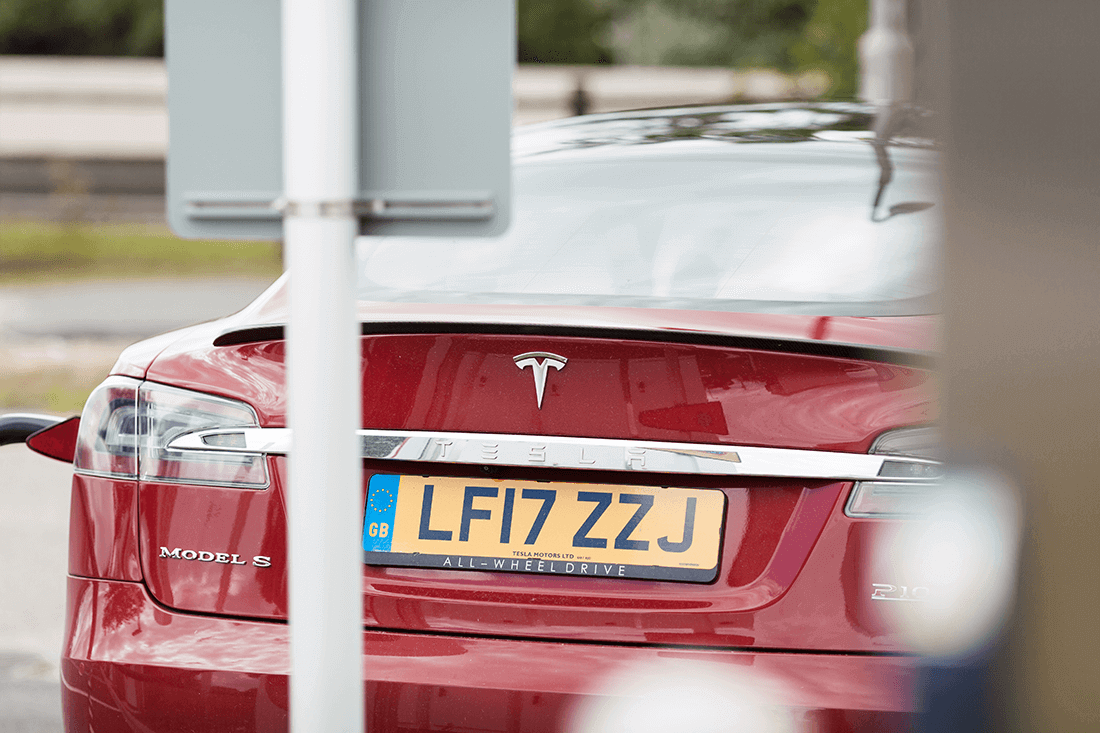 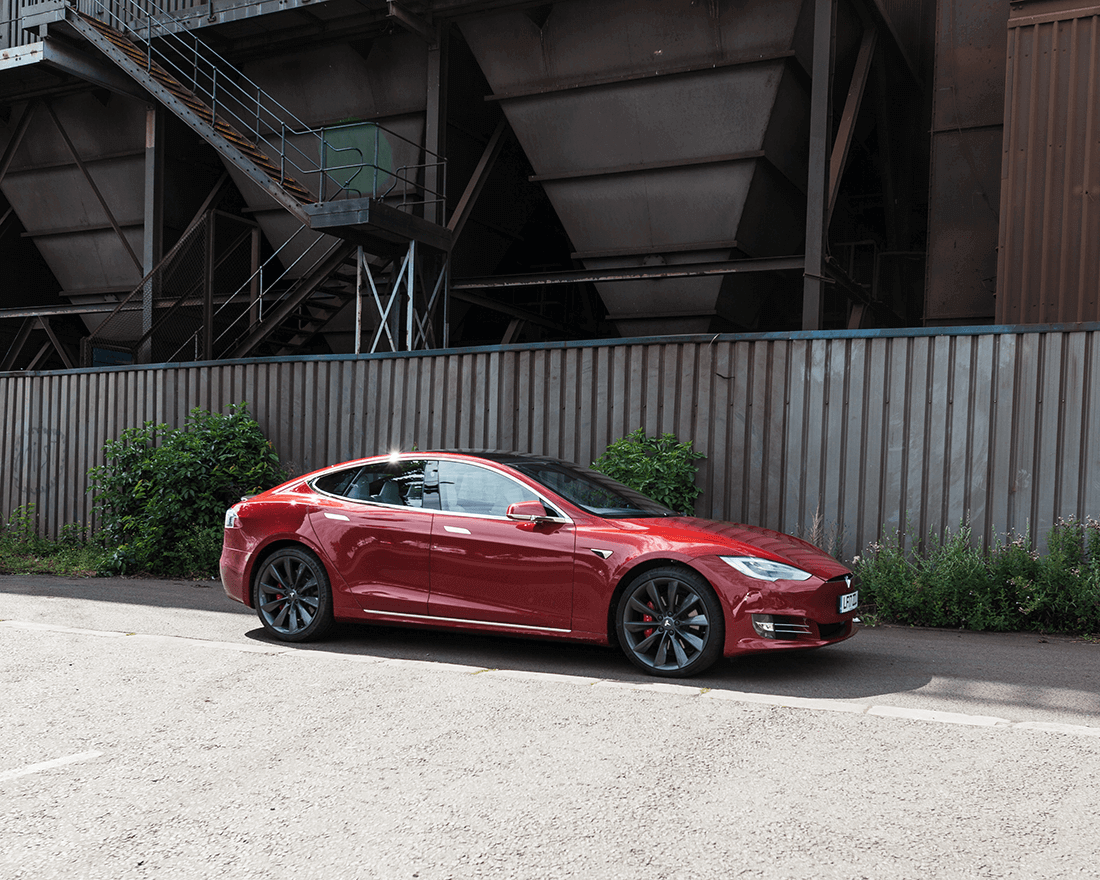 With the all-electric car world imminent, Tesla have first mover advantage but the traditional car brands will be using all their design experience and know-how to take market share from Tesla. This is surely a good thing for the industry, you and the planet and in a way despite Elon Musk being worth around $16bn, I can’t help but think he’s not in it for the money but to leave behind a better planet. It will also spur on Tesla to further improve their offering with hopefully more noise and new designs, resulting in that all important emotional attachment. I’m pretty sure that people will look back in ten years and praise Tesla for its groundbreaking approach, as it battles it out for market share alongside the other leading car manufacturers. All this while Elon Musk watches on from his beachside villa on planet Mars.