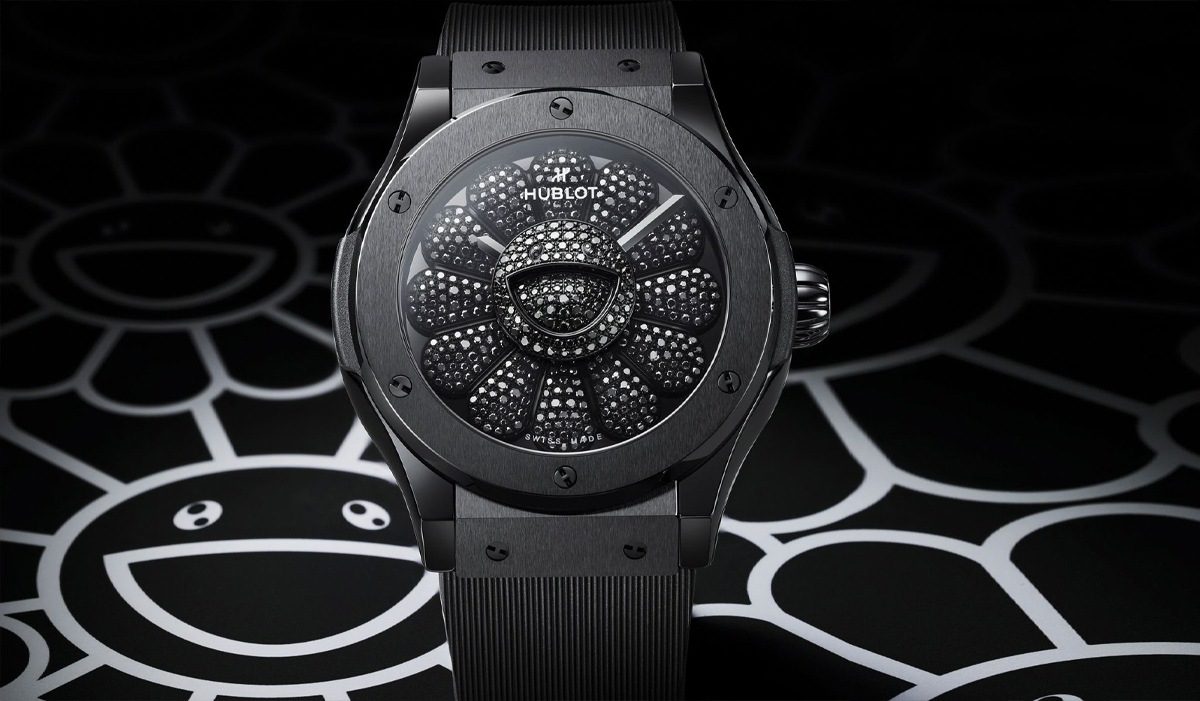 Last week was LVMH watch week. Don’t worry if you’ve never heard of it; there’s really no reason you should have given it was just a slate of virtual – and oddly slick – press conferences. All you need to know is that it was a chance for the luxury group’s watchmakers to show off their latest horological creations at once and make a big song and dance of it in the process.

All that is, except for TAG Heuer, who instead basically sent an apology note that they’re too busy right now. Busy with what? That would be telling. (Plus we don’t know yet.)

For now though, we have more than enough to be digesting, be that slimline watchmaking from Italian jeweller-come-watchmaker Bulgari (or Bvlgari if you’re being pedantic), or the quite diverse offering from chronograph specialists Zenith and Hublot.

So without further ado, here are all the launches you should know about from LVMH Watch Week 2021. And yes, these are just the men’s pieces; we don’t want to be writing about bejewelled peacocks all day.

Bulgari went in hard with their high jewellery women’s pieces this year and for once, didn’t show off a record-breaking new entry into their Octo Finissimo range. We can’t say we’re disappointed; there’s only so many times Bulgari can break an ultra-thin record without it getting boring, and that was two watches ago. Instead, Bulgari added a few variations on previous Finissimo models and the result is some of their most wearable watches to date. 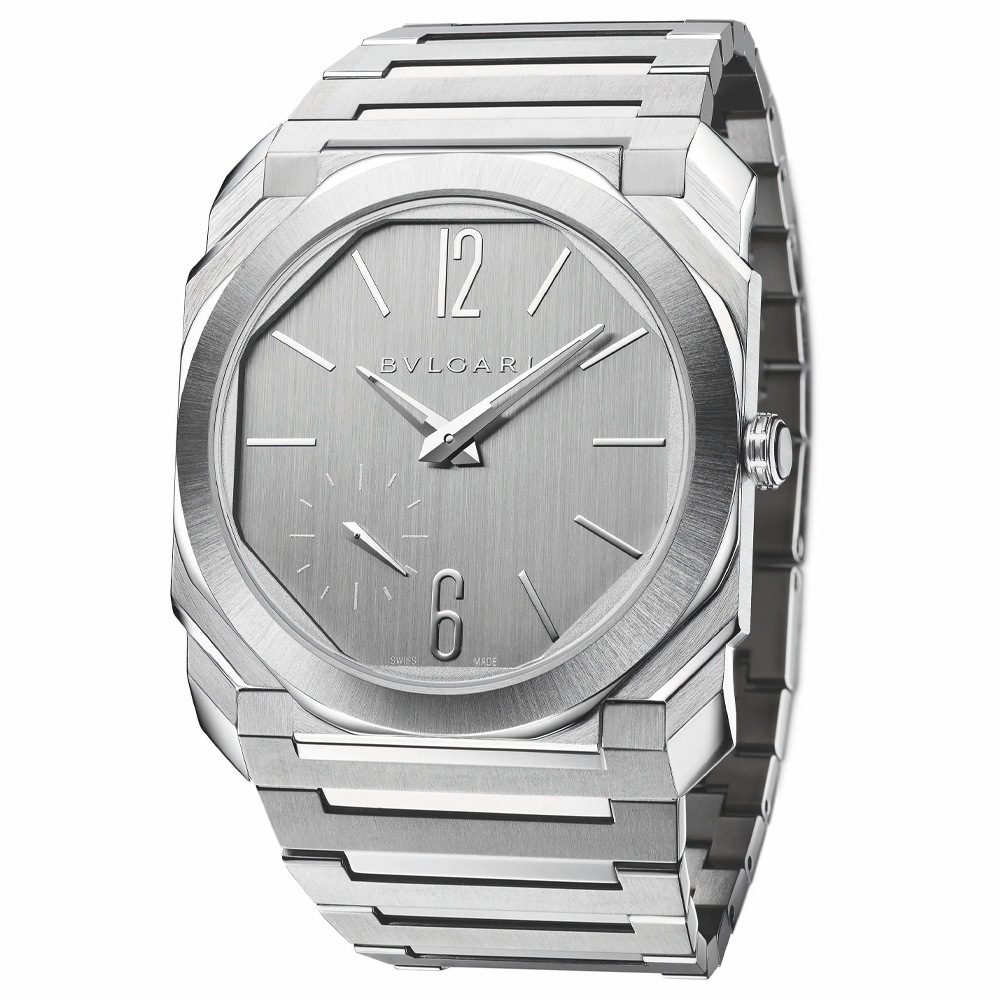 Both the new Octo Finissimo S and the Finissimo S Chronograph GMT are slightly upsized, sportier versions of the record-breaking watches they’re based on. For the base automatic version (no longer a record-breaker thanks to Piaget, by the way), that means it comes with a full steel look as opposed to the original’s titanium and 100m water resistance thanks to a new screw-down crown and (very slightly) bulkier, 6.4mm-thick case. 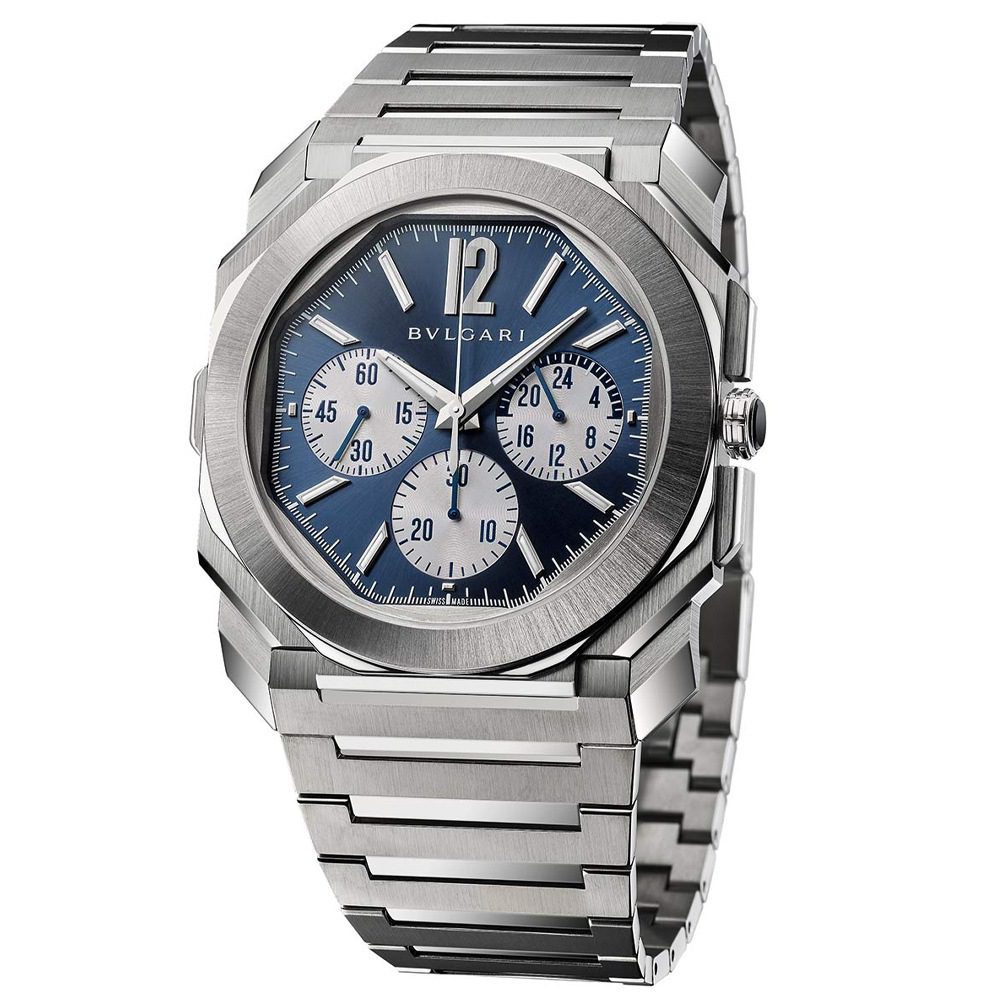 In the Chronograph GMT version, those sportier dimensions are complemented with a blue and white reverse panda dial, a layout that’s pretty much shorthand for racing-inspired in the watch world. Once again it’s larger than the original (still a svelte 43mm across and 8.75mm thick) and has a more solid crown for 100m water resistance. It’s finally a Finissimo that’s not just cool, but perfect for daily wear. 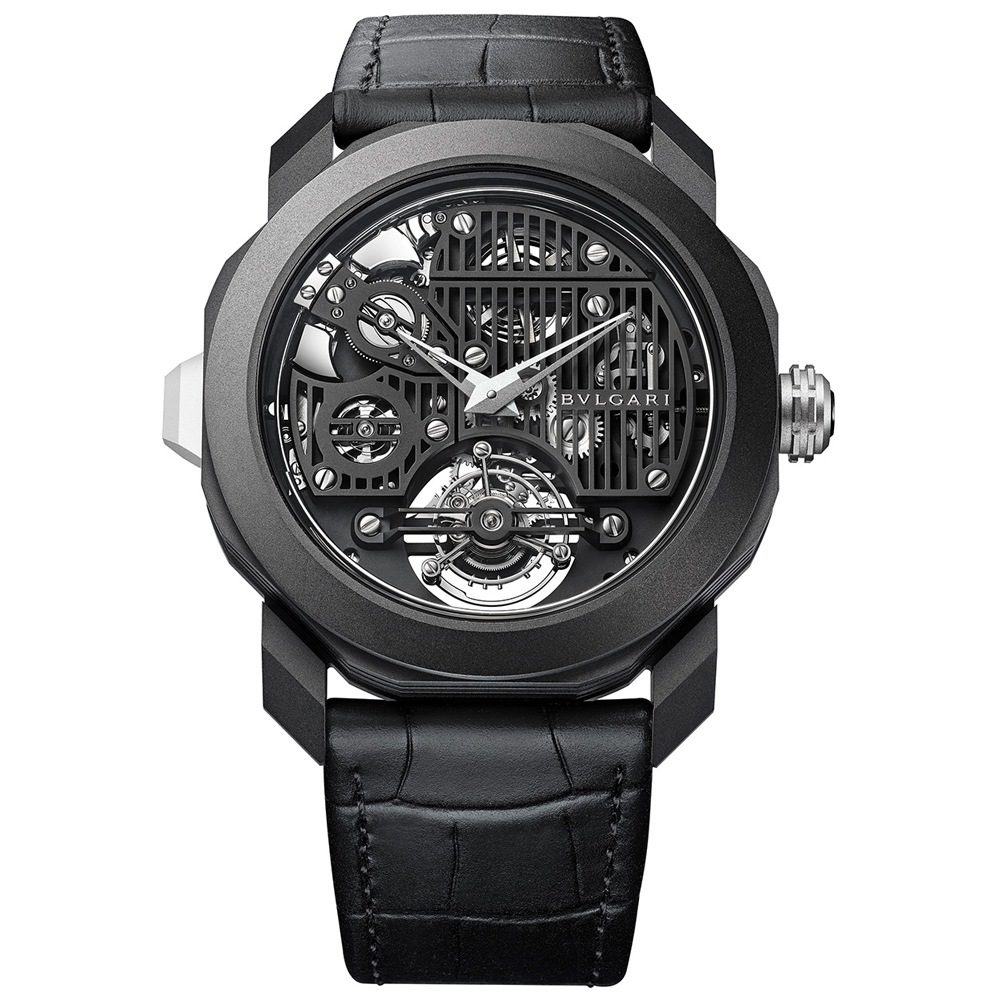 The headline-grabber from Bulgari, on the other hand, is anything but casual. The three-gong Octo Roma Carillon Tourbillon sounds out the chimes of Westminster, amplified by an openworked dial and case sides. The big, DLC-coated titanium case is finished with a white gold chime button and crown and houses a movement of 432 components. It’s incredible. It’s also $259,000. Ouch.

Zenith’s 2021 presentation was all about one watch: the Daytona. Ok, ok, so while the new Chronomaster Sport has already been decried as a Rolex homage, that’s just watch writers being edgy. Not every tri-compax (three-counter) racing chrono with a contrasting bezel is a Daytona homage and Zenith more than anyone has a history of incredible chronograph movements. The latest of which is the El Primero 3600, which times to 1/10th of a second. 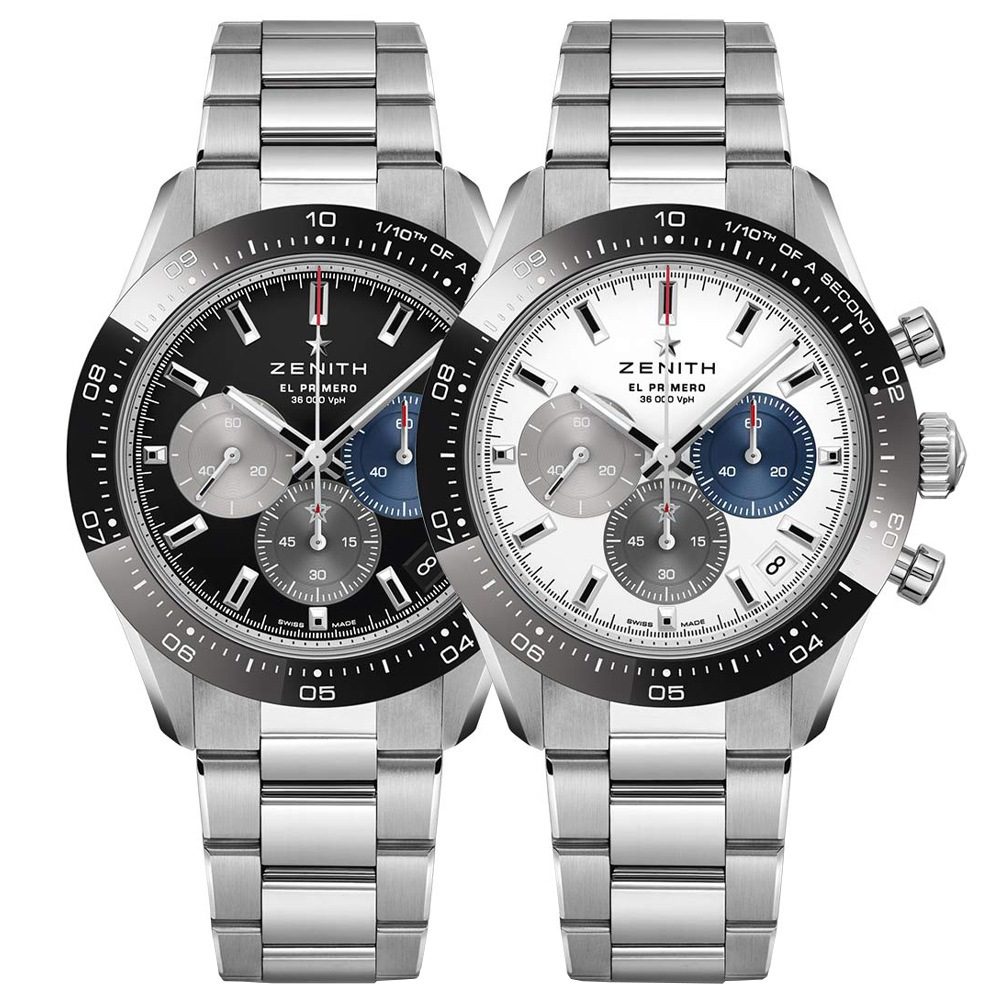 This is the second time we’ve seen the El Primero 3600 calibre, but the first in a regular production watch. The previous being a 50th anniversary limited edition. The Chronomaster Sport is also a lot better looking, in our humble opinion.

It comes in two colours, though the one to focus on is obviously the white dial with black bezel. It’s seriously cool with a scattering of archival touches, feels great on the wrist and is backed by solid watchmaking. It’s Zenith’s 2021 highlight for good reason.

It’s not all they have of course. There was also the Revival A385, a recreation of the original El Primero with a lovely fume brown dial that was released as a taster before the event. There was the Urban Defy, a colour-swapped version of Zenith’s open-worked watch in forest green ceramic. Finally, there was also a new take on the brand’s iconic Pilot Type 20 with a silver dial inspired by an aircraft fuselage, rivets and all.

All three are solid additions to the collection, if nothing exactly ground-breaking. Still, you wouldn’t want to take any of the spotlight away from the Chronomaster Sport. Not that it’s having any issues there.

Sapphire is the second hardest material after diamond. That makes it incredibly hard to work with, especially in watches. That goes double if you want to try for coloured sapphire. So a full orange sapphire case the size of a Big Bang? That’s insane. It’s also Hublot’s big 2021 novelty. It joins the previous rainbow of sapphire colours and, perhaps more importantly, contains the brand’s shiny new automatic tourbillon calibre MHUB6035. 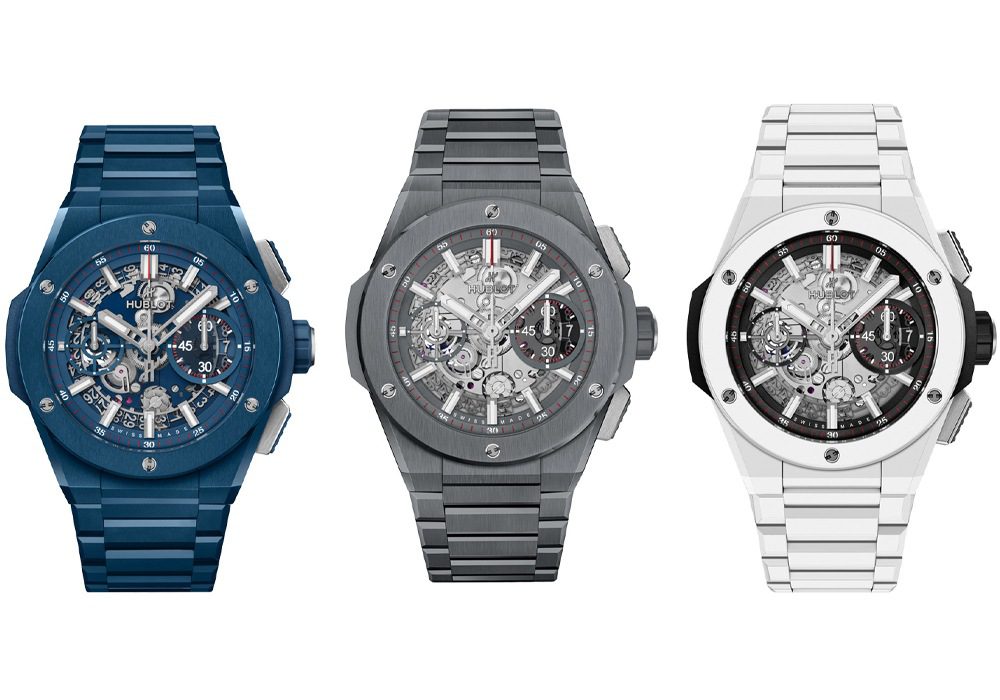 That all said, for us the highlight of Hublot’s 2021 slate is their most under-the-radar piece – if a full ceramic, integrated sports watch can be considered under the radar. Only at Hublot. Last year the brand launched their first Big Bang with an integrated bracelet, the aptly-named Integral, as an answer to the sports luxe trend for pieces like the Lange Odysseus, Chopard Alpine Eagle et al. Here it is again but in a trio of coloured full-ceramic cases, of which the blue version is particularly handsome. 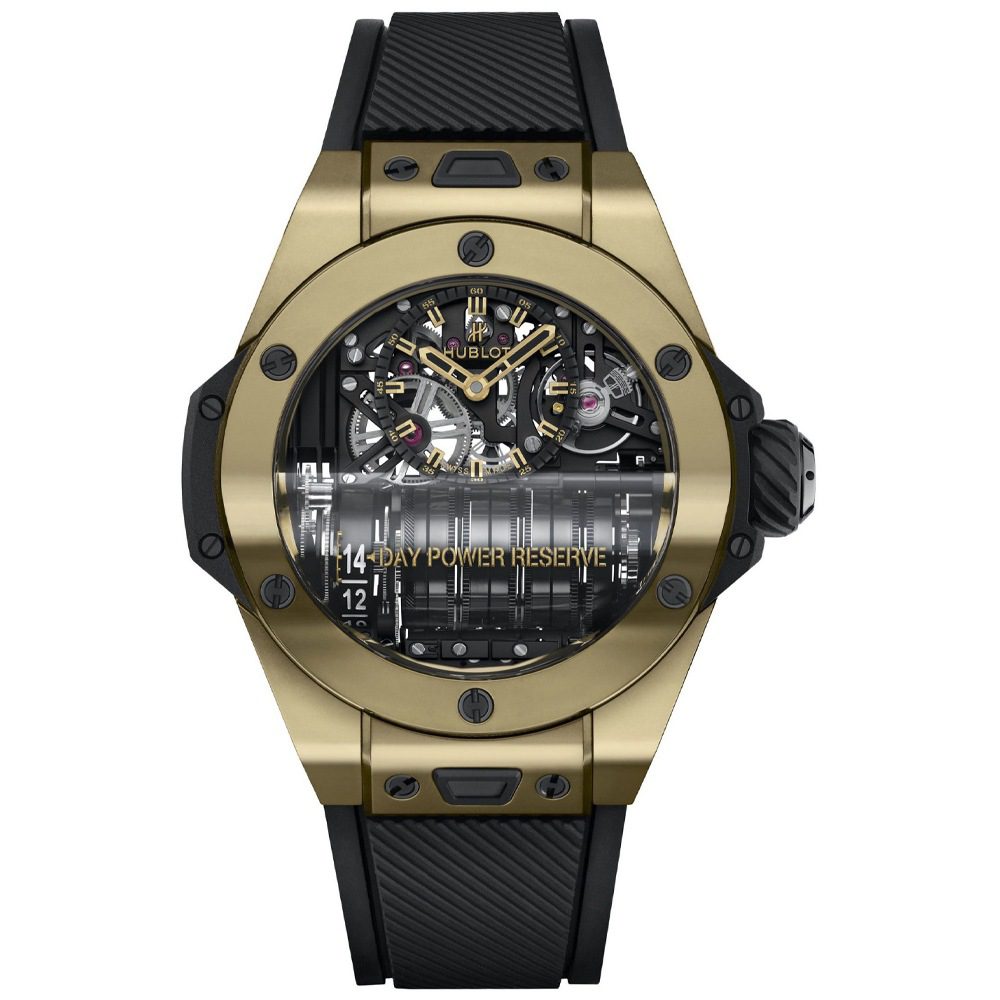 The same can’t be said of the MP11 Magic Gold, a new version of Hublot’s 14-day power reserve-equipped movement in the brand’s own hardwearing gold alloy. The fortnight of power comes from the row of barrels you can see front and centre. There is also a blue sapphire version, but compared to the orange it’s not worth talking too much about. 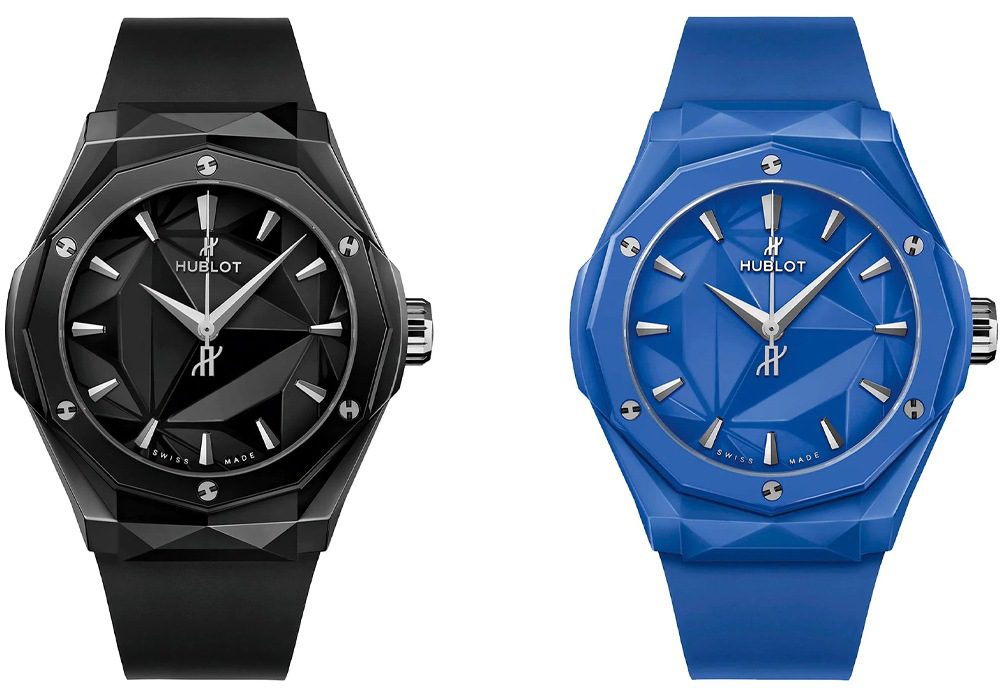 Finally, there’s a trio of artistic collaborations. The first pair are a continuation of Hublot’s work with Richard Orlinski, with the artists’ signature faceted look applied to the black or blue ceramic cases of the Classic Fusion. Cool, but nothing to write home about. 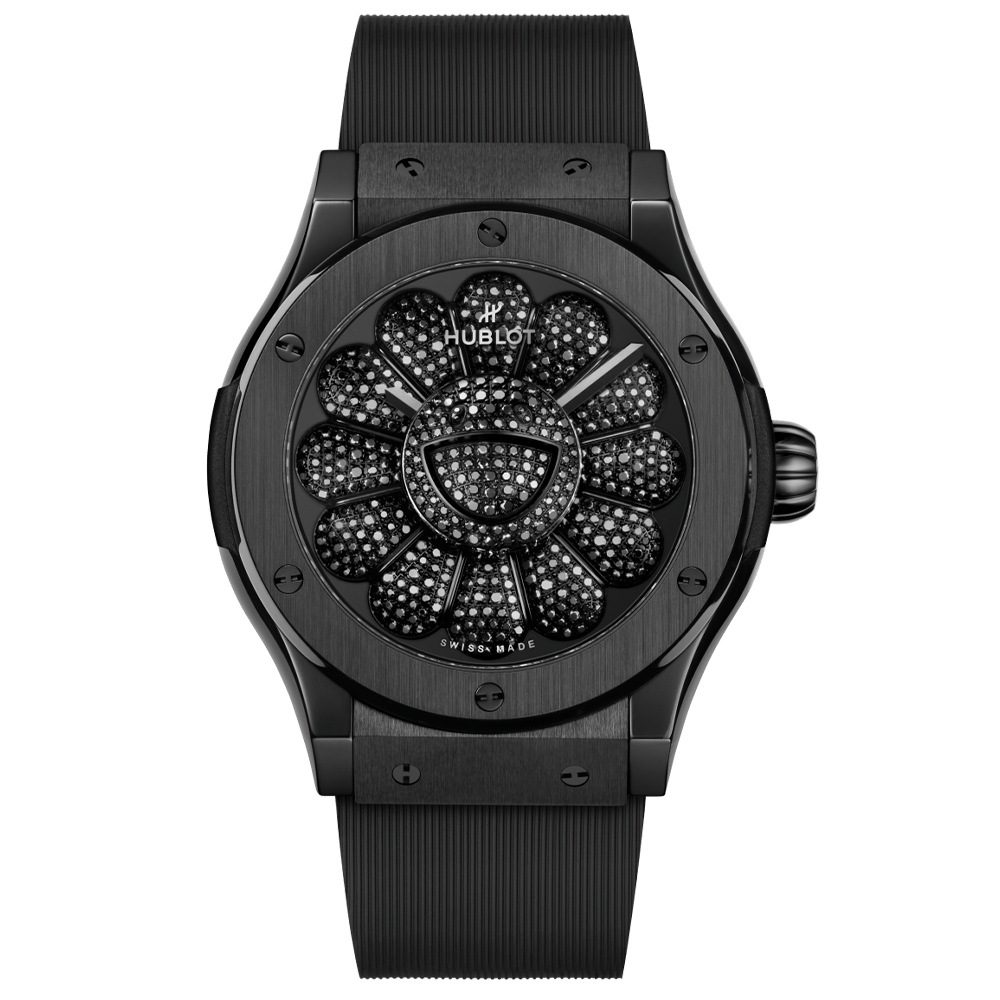 The last though is a shiny new partnership with Takashi Murakami, arguably the biggest Japanese artist around and makes full use of his trademark grinning flower in plenty of black diamonds. Just over 550, in fact. It’s priced at just over £21,000 which sounds pricey. Compared to Murakami’s paintings though, it’s a pittance.