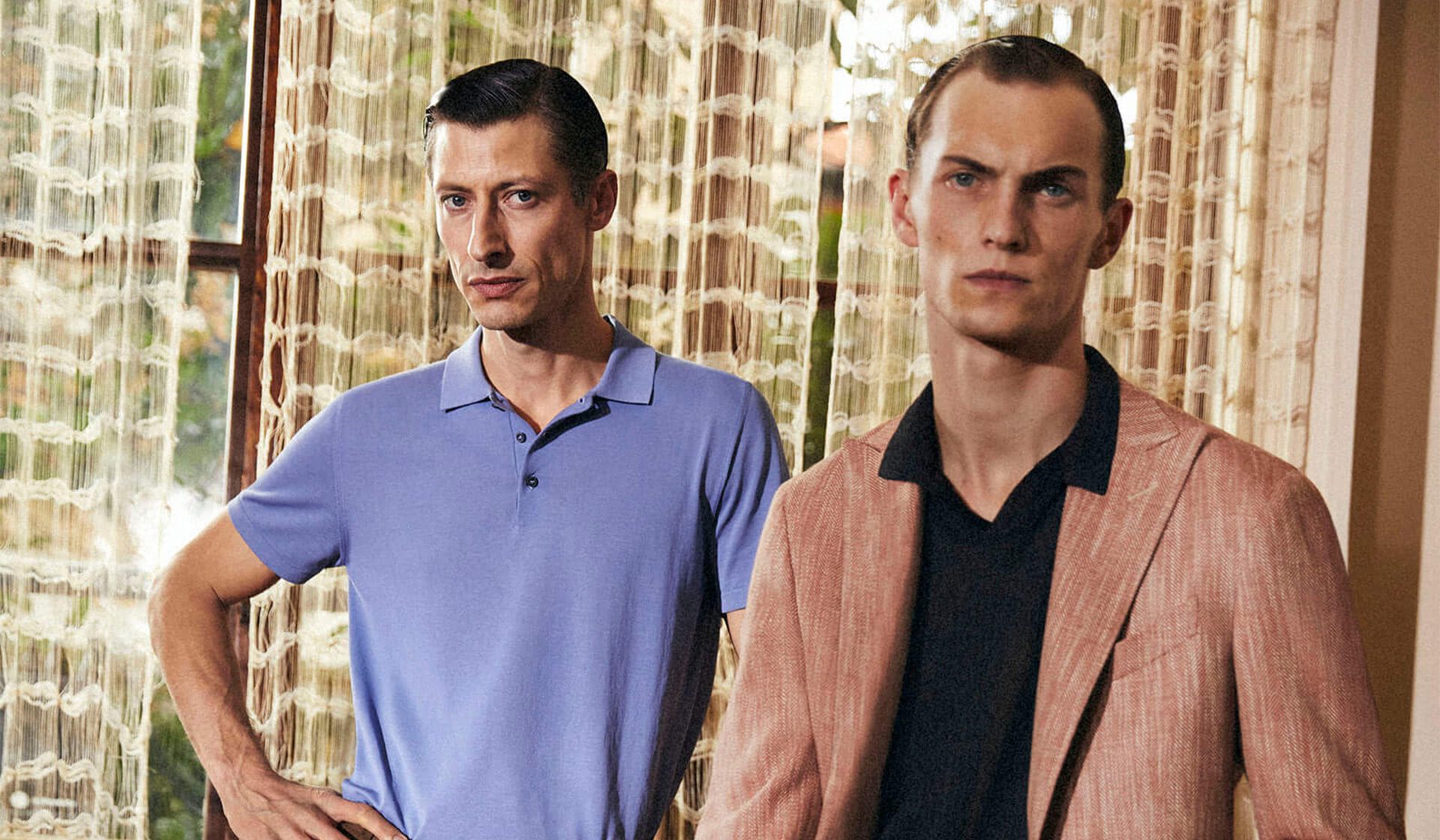 These are times of rampant safetyism. We live in an increasingly risk averse and irrational society. We hunker down, lay low, dig in. So, as trivial as our wardrobes might be right now, one might expect that the male tendency to rely on the sober, unshowy, reserved colours of night – navy and grey, brown, black and, at a push, white – would be as entrenched as ever.

After all, our distrust of bold colour can be almost pathological. There is even a term for it: chromophobia, being at one with society’s extreme if illogical prejudice against colour, it being regarded as essentially infantile (think candyfloss), cosmetic (think rouge), superficial (a hindrance to seeing the ‘truth of form’ beneath, as Aristotle reckoned) and, above all, vulgar or cheap. 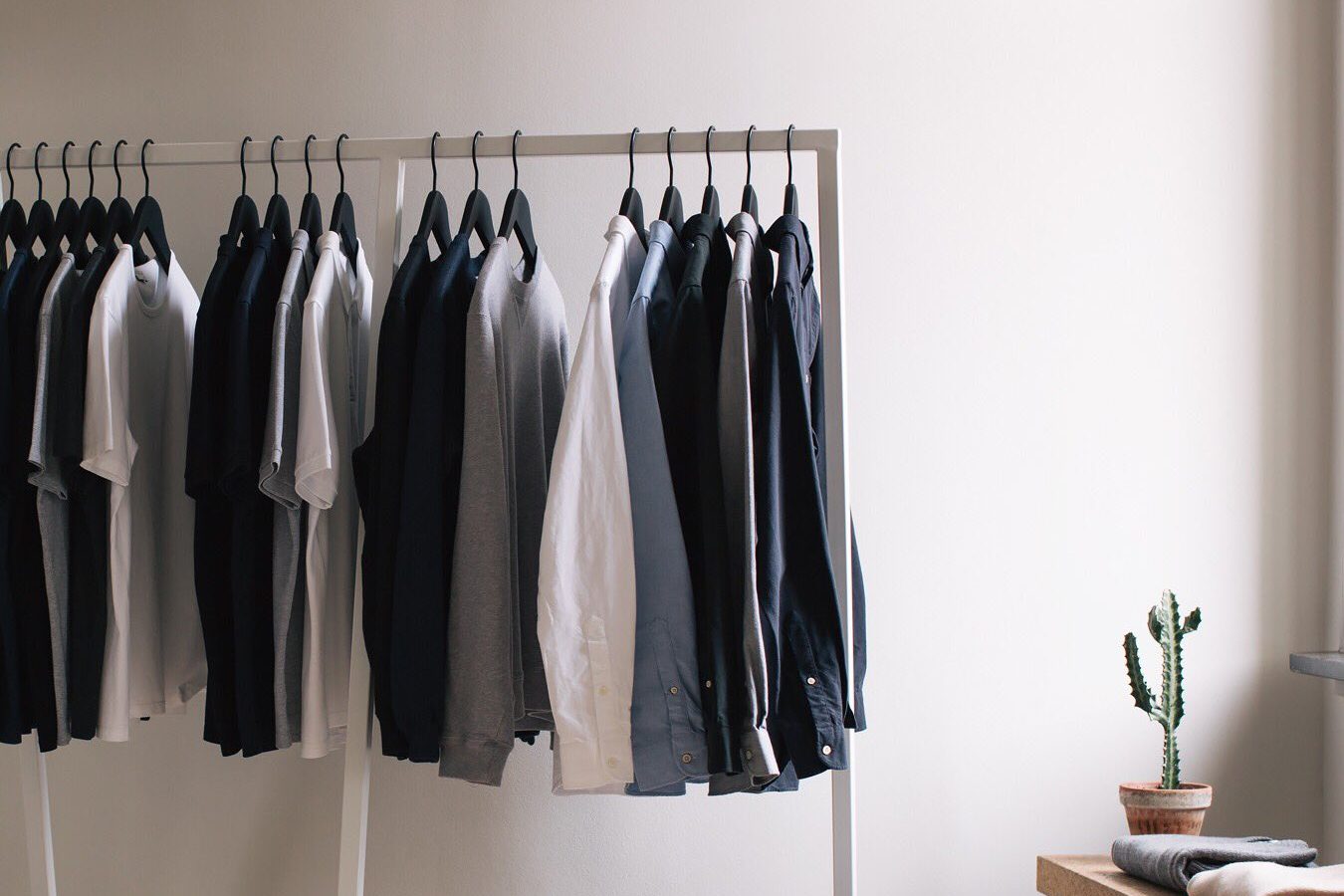 The traditional male wardrobe has long been dominated by shades of grey, blue, black and white

Beau Brummell, the 19th century ‘tailor’s dummy’ responsible for killing the flamboyant in men’s dress, stressed that a lack of ornament in fashion placed the emphasis on the serious, masculine calling of cut. Who would you rather do business with: a bank manager in sharp black suit, or one dressed like a pina colada? Besides, notice how even the designers, for all their protestations that pink is the new fuchsia, themselves rarely stray from a uniform that would be suitable grave-side.

Nature, as Herman Melville noted, “paints like a harlot”, but typically we prefer the man-made to be more understated. We esteem the monochrome more highly, calling it ‘sophisticated’, ‘contemporary’ and ‘masculine’. Black is the bestselling colour for prestige cars; black-and-white photography and film aspire to art and high drama; while trashy, flashy colours only to musicals or fantasies. 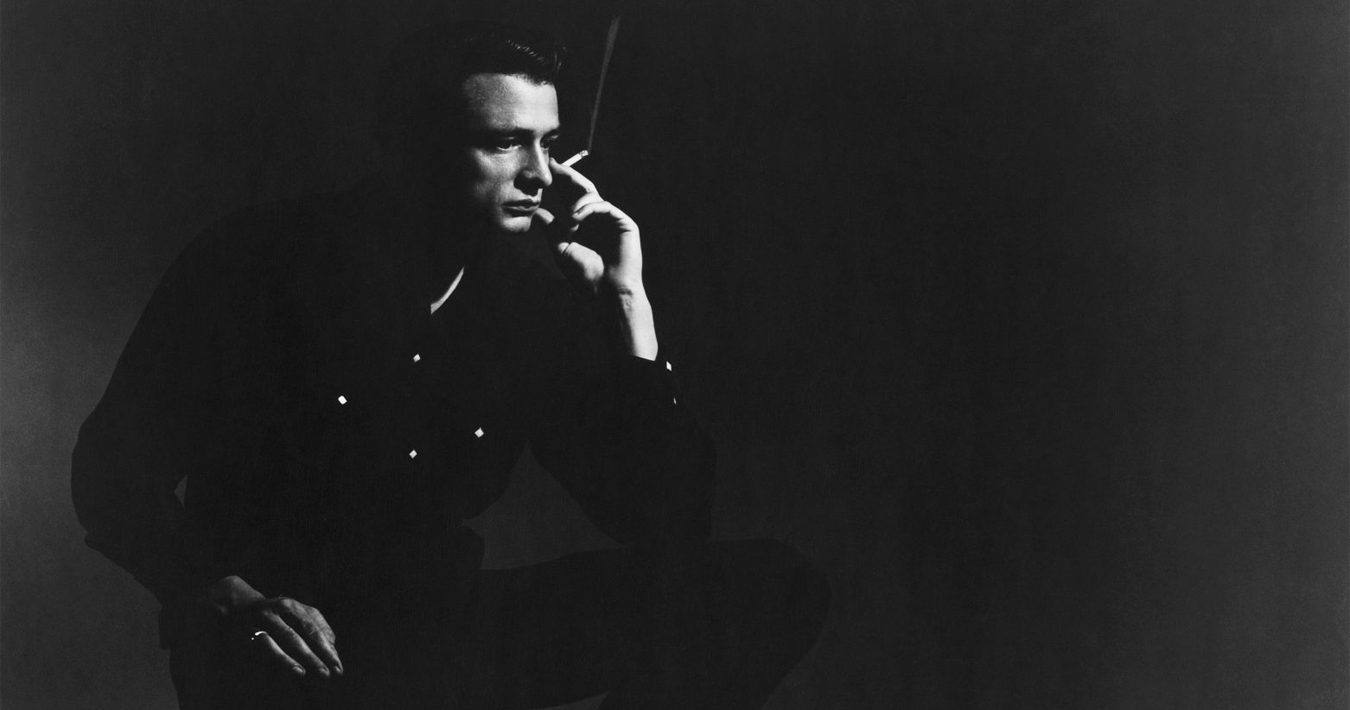 And in clothing, of course, it’s the darker shades that are also the colours of power. That of the clergy, for instance, or of political statement, such as Johnny Cash’s ‘Man in Black’ persona. But also of the ominous power of the state – from Mosley’s Black Shirts to the Gestapo, and long before them too: in the 1560s, Ivan the Terrible of Russia was building his personal guard, the black-clad Oprichniki, or ‘men apart’. Be it real, the executioner, or fictional, like Dracula, evil does not wear leaf green or a nice sky blue.

But things are changing. Take a look at catwalk collections and season by season there’s a splattering of extra colour. And not just the pale blues and soft pinks that have long been a staple of formal shirting in even the stuffiest quarters of menswear. We’re talking big colour, not colour that’s so subtle as to be trying to hide away. 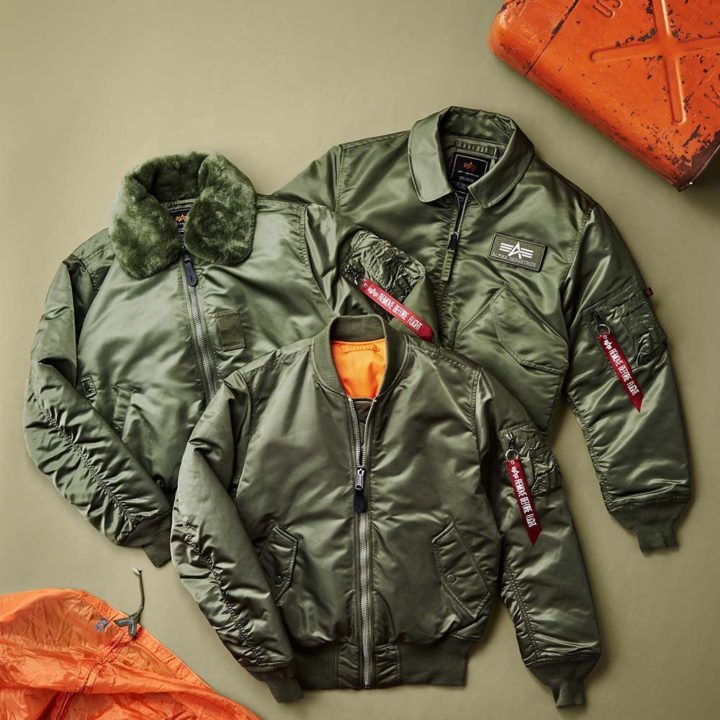 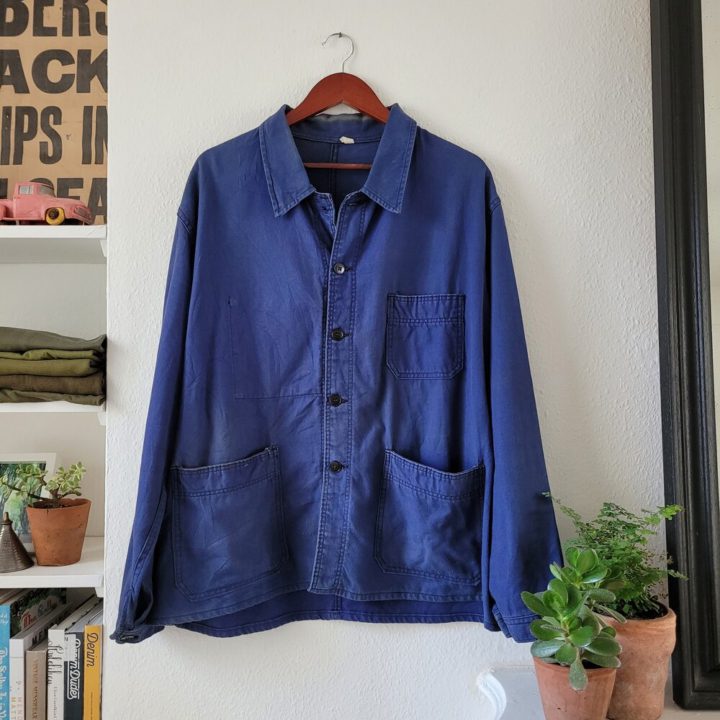 Another contemporary icon, the classic French worker jacket has that distinctive bluey-purple tint

And yet look through the 20th century of menswear and it is, in fact, replete with big colour, and often in the most macho of settings, too. In the military, sage green – of the kind used for a traditional MA1 flight jacket, for example – is, objectively, not an understated shade, and the bright ‘rescue’ orange used on the inside, and for early astronaut’s overalls, certainly isn’t. Red was a staple shade of undershirts for your Wild Western cowboy or miner. French work jackets have long had that distinctive purplish hue.

Go back further through history and colour was a staple of men’s dress: the well-to-do of the Regency period – when men were the true peacocks – wore a riot of aquamarine, cerise and emerald. Further back still and it was Roman emperors who had exclusive use of the colour purple – then a hugely expensive dye to create, such that a purple garment was literally worth its weight in gold. It’s an idea Henry VIII would run with – he made it law that only he could wear the colour. More recently, in the 80s, and the Football Casual style movement wore colour in the form of some fairly outlandish sportswear. 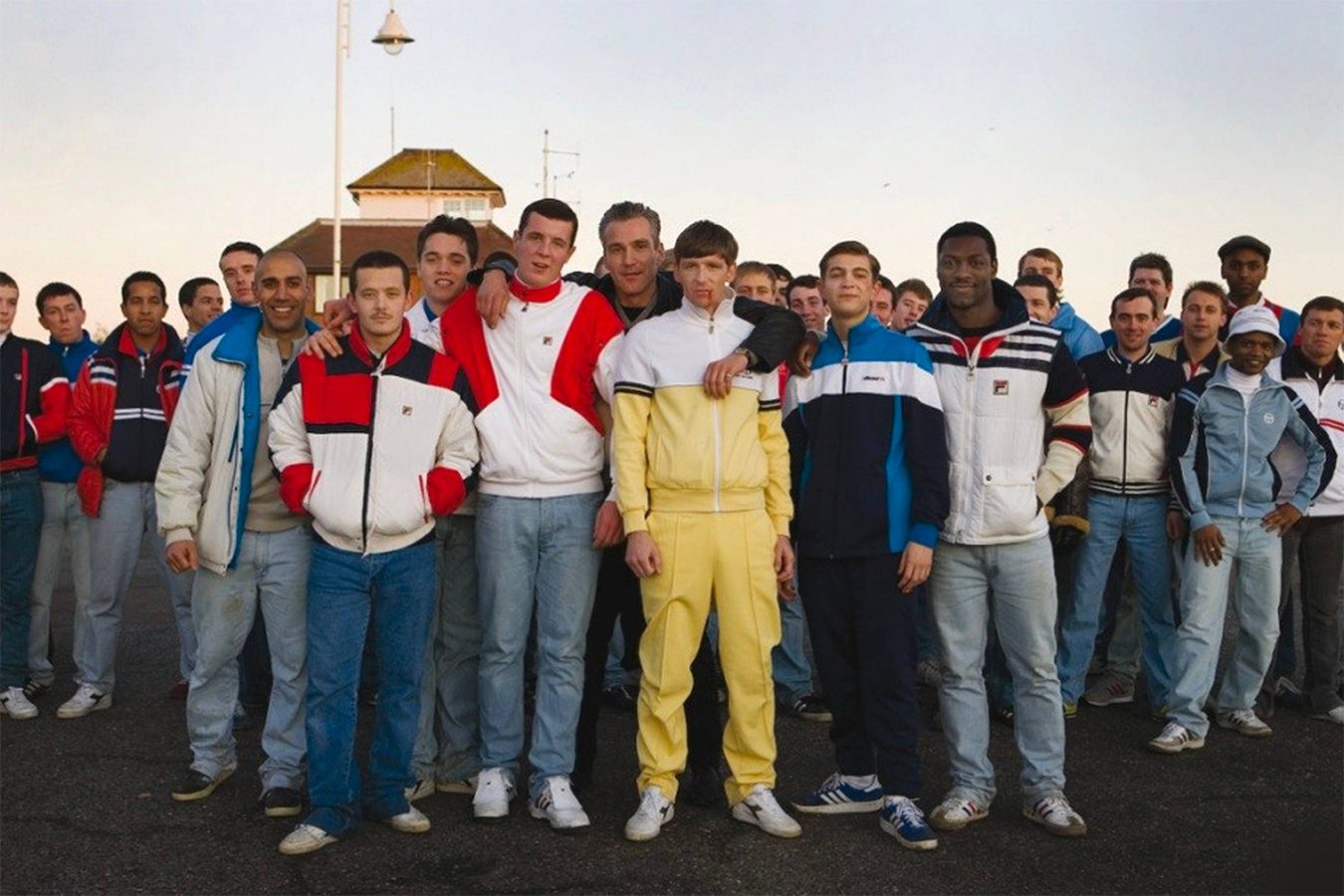 The football Casuals subculture was renowned for wearing bold colours

So clearly men have not been fearful of colour in the past. Indeed, all those slightly off-colour associations between colour and effeminacy look pretty fragile, a product perhaps of men not so secure in their own sexuality rather than an outright prohibition of anything that wouldn’t look right in a city accountancy firm.

Dig deeper, of course, and, though these be irrational times, it’s an irrational idea to equate specific colours with either men or women in the first place, much as the childrenswear industry is now trying to break free of its reflexive connecting of boys with blue and girls with pink. If you want an idea of just how much such associations are marketing creations, and entirely artificial, go back to the Victorian period and the complete opposite was true. 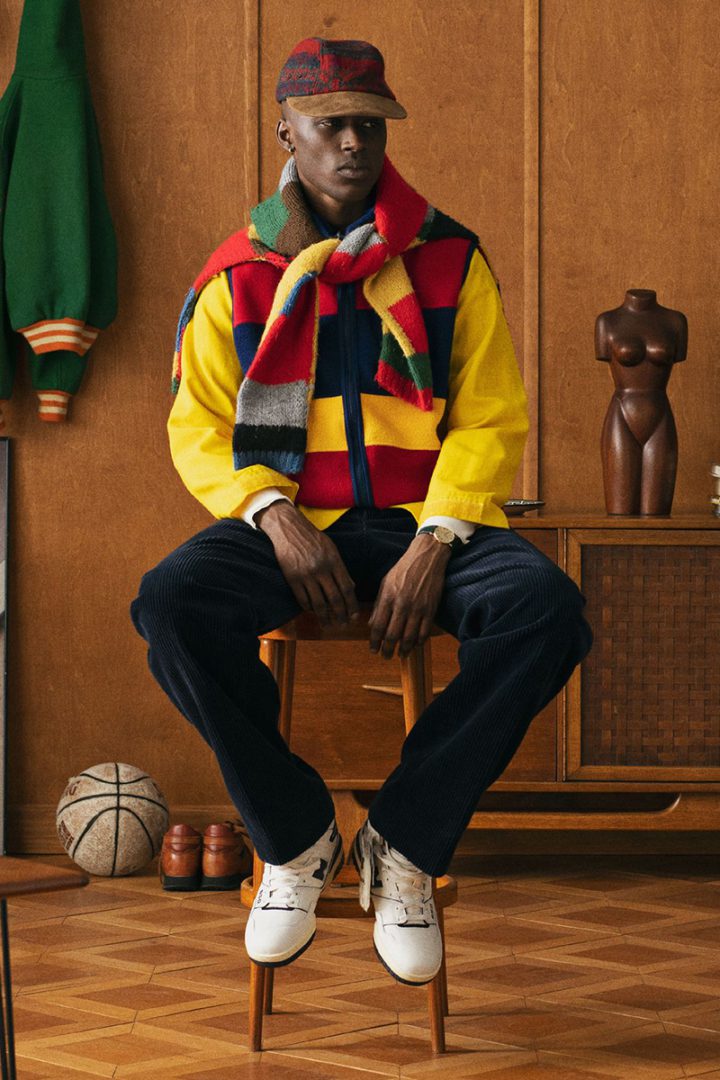 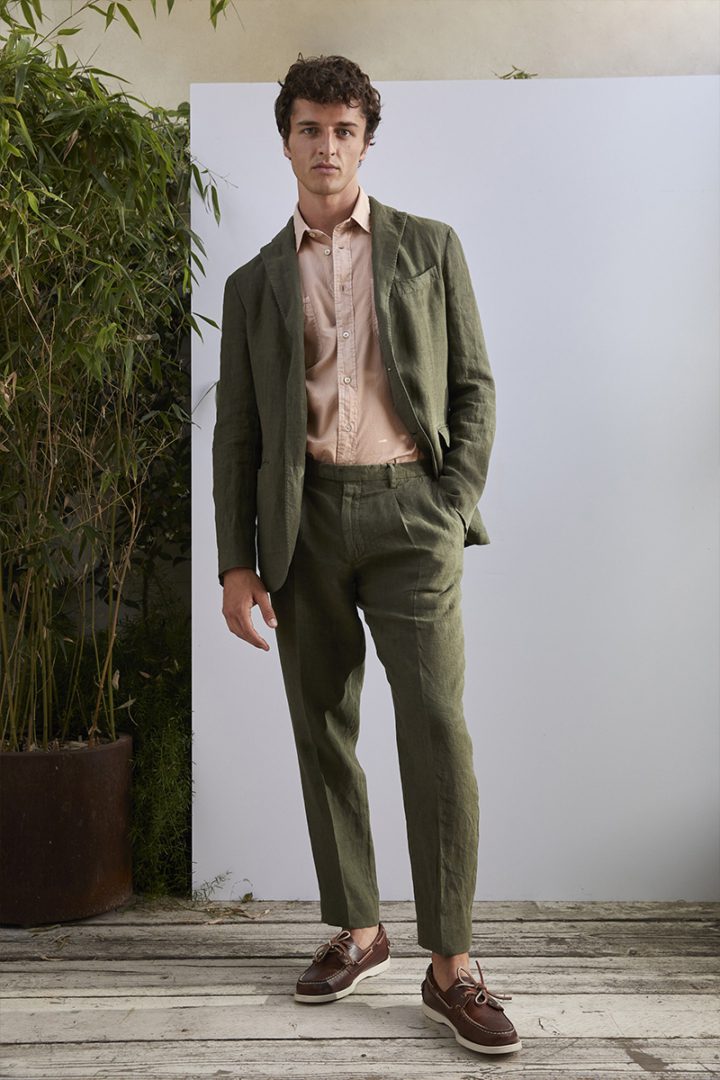 Boglioli proving that colour can work for tailored looks

There’s no good reason why, much as women can wear black or navy without raising eyebrows, men shouldn’t be able to wear the loudest colours without question. It’s merely habit – echoing that which we see around us, that we take to be the norm, that we desire to fit in with – that contains us in a world of the dark and dismal.

In other words, if you’ve been hesitant, now may be the best time to expand your dress across the wider spectrum. There’s some great style at the end of the rainbow.