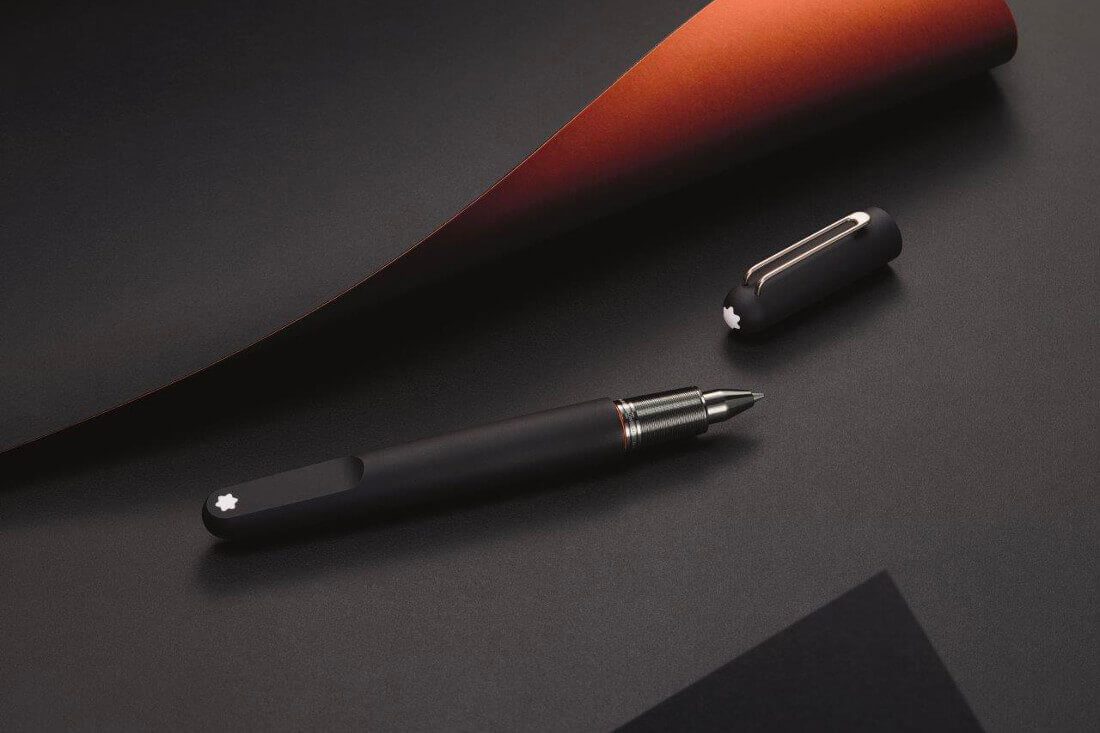 In its mission to continuously evolve the writing experience and push the boundaries of design, Montblanc has released the M Ultra Black pen, a piece that will be exclusively available worldwide at Selfridges.

Montblanc has meticulously enriched the original M pen from both an aesthetic as well as a functional perspective, with a distinctive new texture, a touch of bright orange and a new magnetic mechanism being added to this ever evolving writing tool.

With the introduction of the original M design in 2015, Montblanc used a design by Marc Newson to create a writing instrument influenced by the fluid and pure organic forms synonymous with his style. The collaboration between the brand and the pioneering designer captured the spirit of the moment in a modern style, while also establishing new benchmarks for the future.

Today, the Montblanc M Ultra Black pairs their design cues with Newson’s trademark style. Like the original creation, the Ultra Black retains distinctive design elements of a Montblanc pen, including the use of black resin alongside the white emblem. 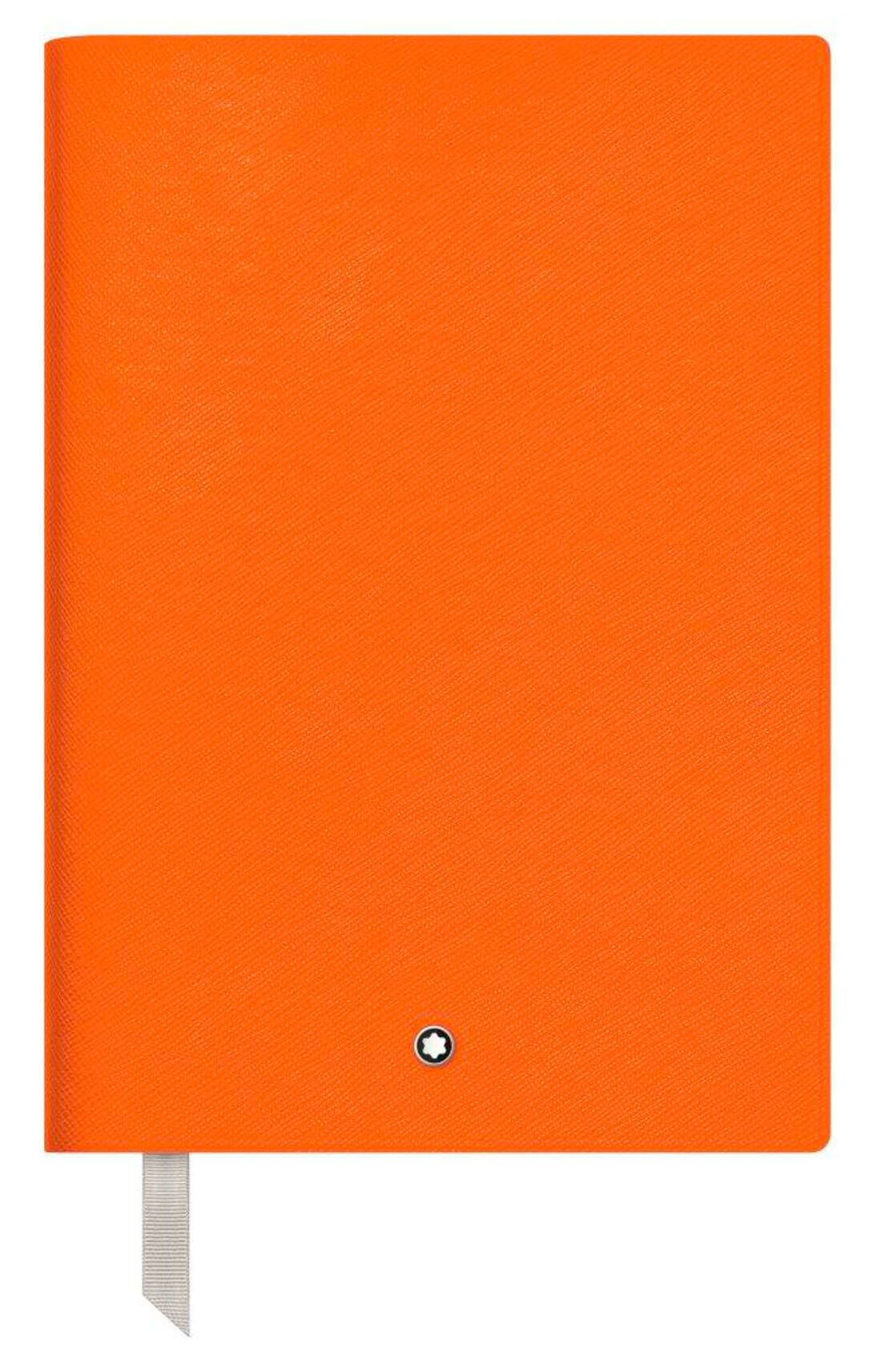 While the shape of the pen stands out with a “plateau” at the end of the writing instrument, the fluidity of the overall design is achieved by avoiding breaks in the pure lines of the shape. Therefore, the emblem is ultrasonically welded onto the plateau to form a perfectly flat surface, while the platinum-plated clip is mounted invisibly into the cap to not interrupt the design flow.

A new matt finish is achieved by sand-blasting the resin surface of the cap and barrel, and in homage to Marc Newson’s signature colour, bright orange is featured as a design detail. Magnets are used in the closing of the cap and barrel, allowing perfect alignment of the clip to the innovative “plateau” at the barrel end, as well as a snap mechanism to smoothen the closure and ensure the cap remains firmly in place. 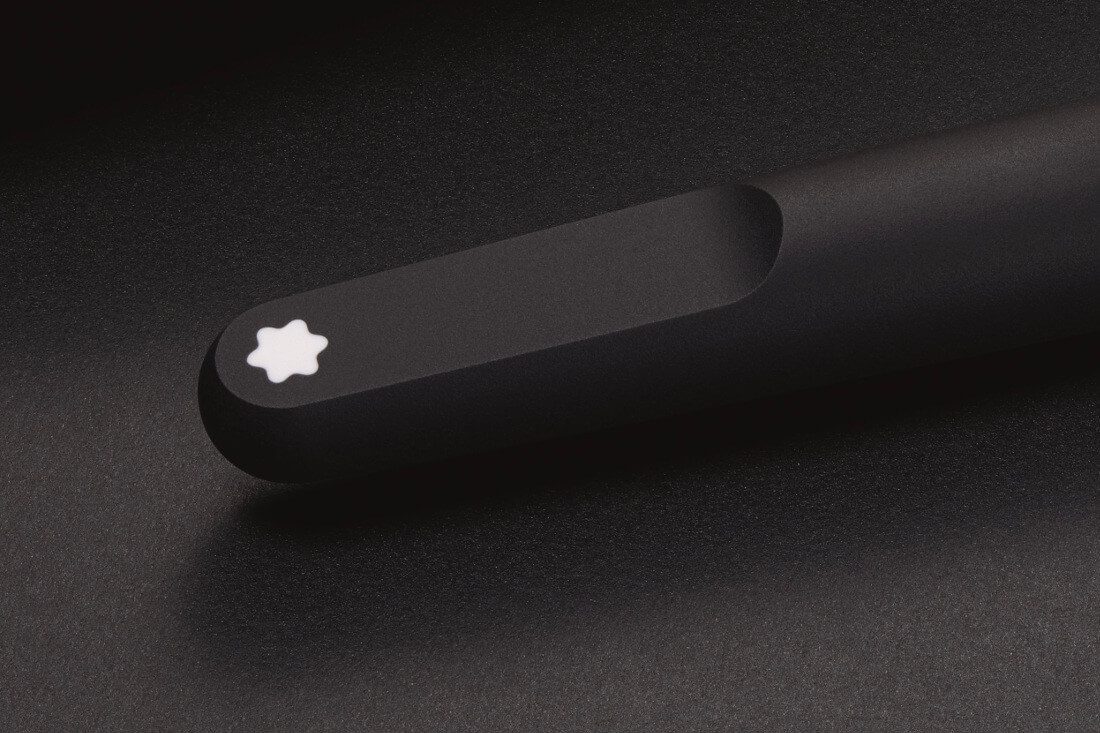 The M Ultra Black Pen, from £350 at MONTBLANC