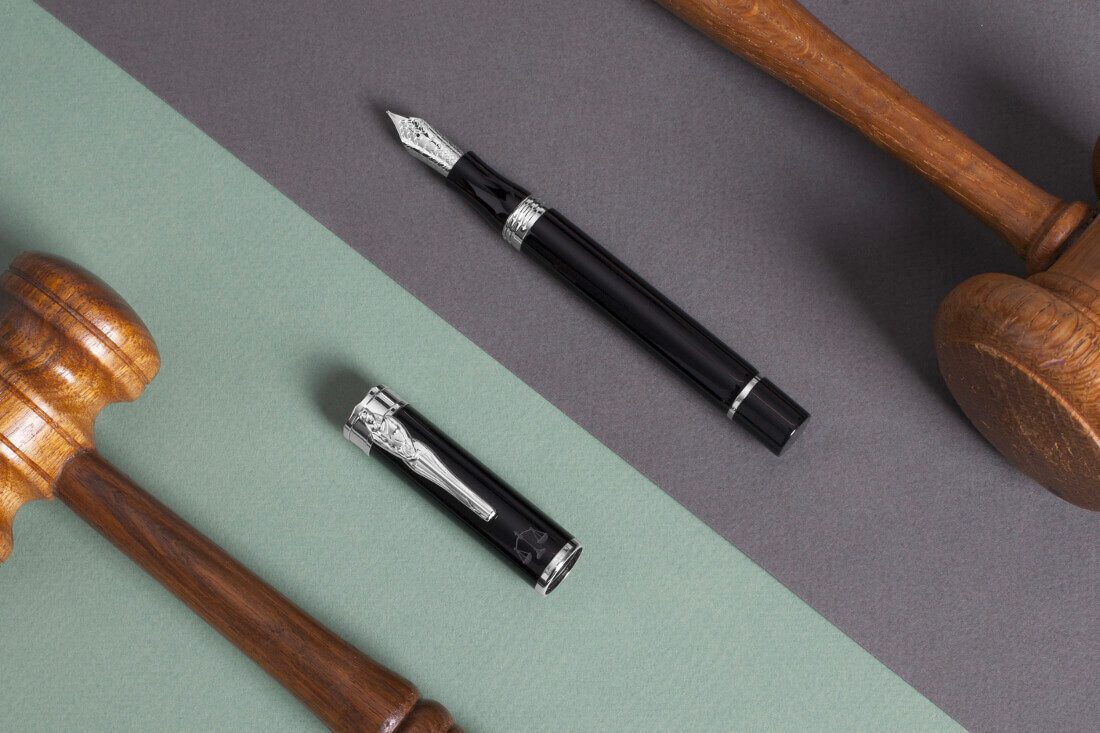 Montegrappa’s Ducale pen often provides a canvas for the brand to create designs with a message of great significance. Among them is a sense of mightiness, tradition and ultimately of justice. 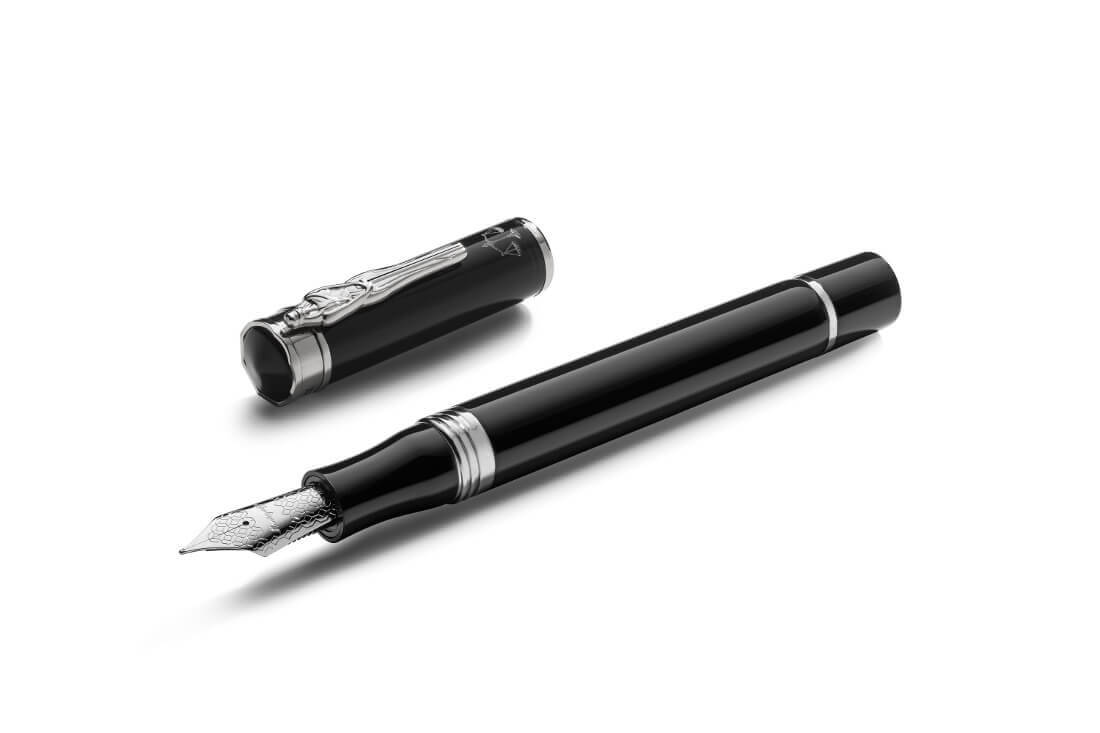 Their new design, the Iustitia – “Lady Justice” – is an embodiment of fairness. The pen takes its inspiration and name from the Roman mythical goddess of justice.  Her image includes the scales of justice, with which both sides of an argument, dispute or case are weighed and compared.

Most significantly, she is always shown blindfolded, to indicate that “justice is blind”, demonstrating that it shows no favouritism, only an open mind and decision-making based on facts. Therefore, Iustitia is a pen made for the justice guild: lawyers, attorneys, solicitors, barristers, judges and all professionals who must practice justice with a pure heart.

The goddess’ silhouette crowns the signature clip, while the cap of the pen is engraved with the scales of justice and equality, also the symbol of Libra. The back part of the cap top reads “Dura lex, sed lex”: “The law is harsh, but it is the law”.

Made of polished black resin, the pen is trimmed with stainless steel, and is ideal for those in the legal profession, or those just beginning it as a student.

The Iustitia pen is offered as a cartridge or converter-fed fountain pen, roller and ballpoint. The fountain pen’s nib is inscribed with the Montegrappa filigree pattern and is available in Fine, Medium and Broad writing grades.