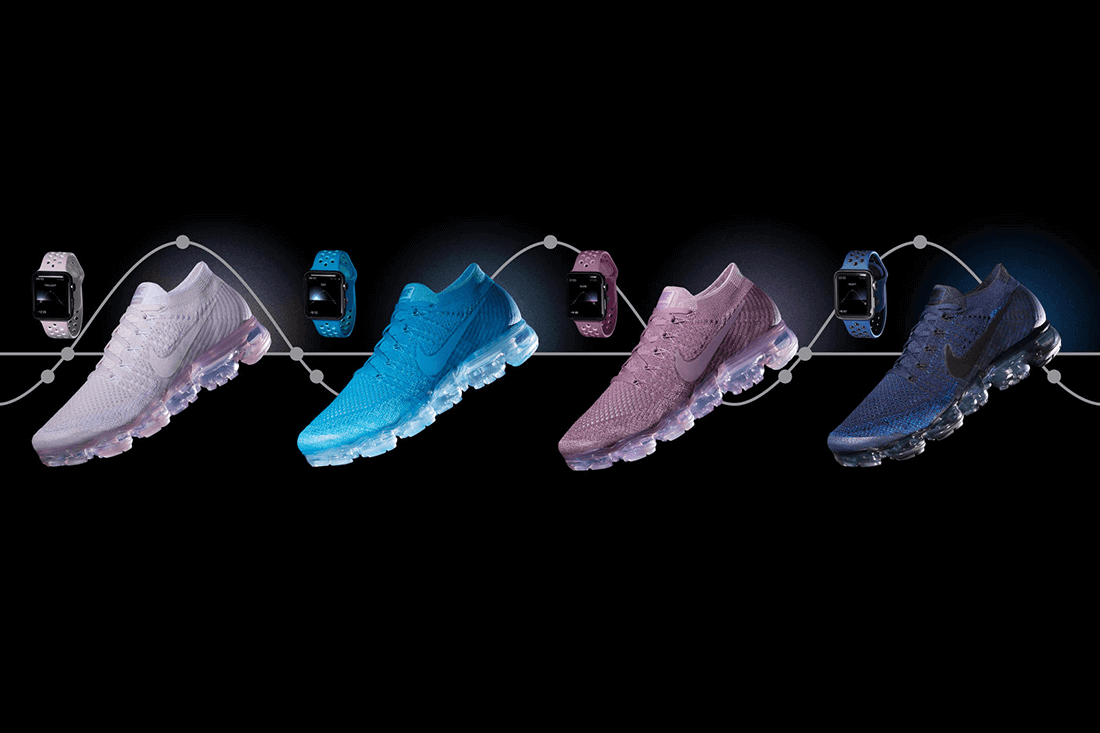 Colour is an essential element of Nike’s design philosophy — its utilization is fundamental to creating footwear that connects to the body, mind and heart of an athlete.

In ’87, for example, colour choices for the Air Max line, like the infrared window of the Air Max 90, punctuated game-changing shifts in Nike Air technology. 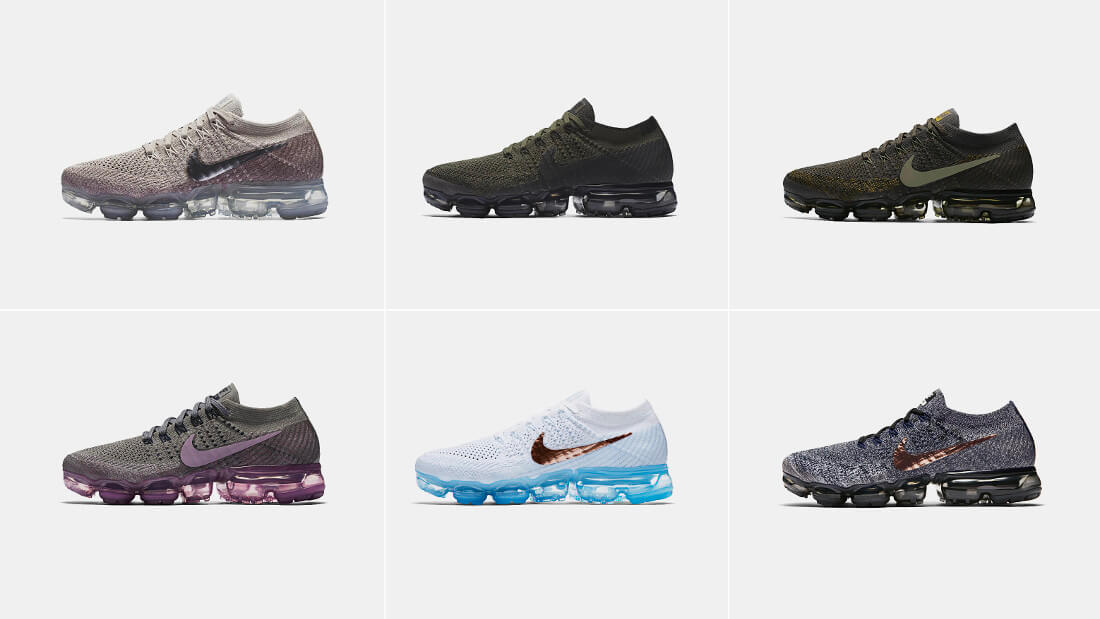 More recently, Nike’s color obsession has been central to the development of the new Nike Air VaporMax Flyknit.

In Spring 2017, VaporMax launched with Pure Platinum, a colorway referencing not only Nike Air itself, but Oregon’s famously fresh air and cloudy skies, too. 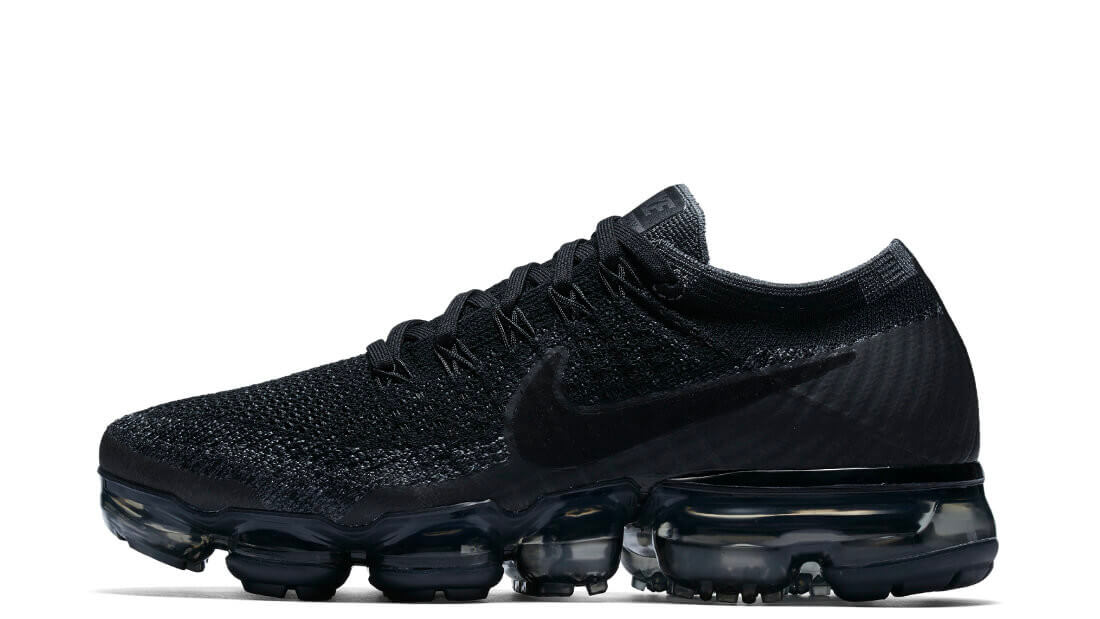 For Autumn, VaporMax comes in new colorways drawing from a range of influences, including superheroes, running through grass and space exploration.

In the Explorer collection, Nike’s consistent investigation of new technologies, including Nike Air, is tied to historical exploration. 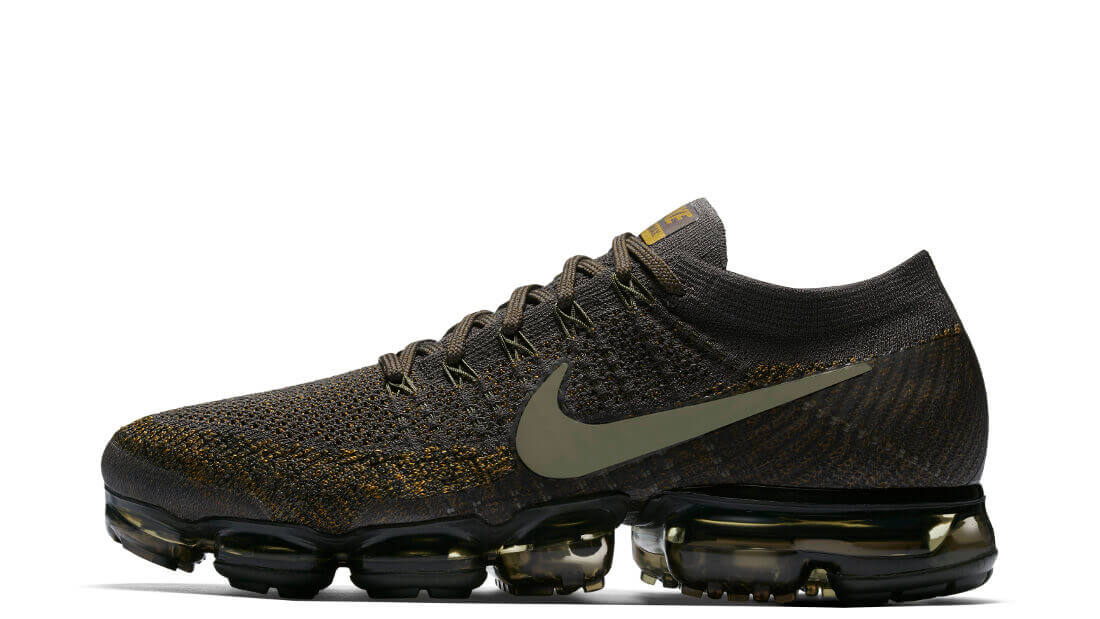 The City Tribes colorway, for instance, offers a neutral take on the Air VaporMax, and the Explorer Dark colorway alludes to the gritty texture of faraway planets.

Bronze-colored swooshes hint at the deep-sea diving helmets that opened up underwater frontiers, while the white and blue of the Explorer Light colorway reference space suits. 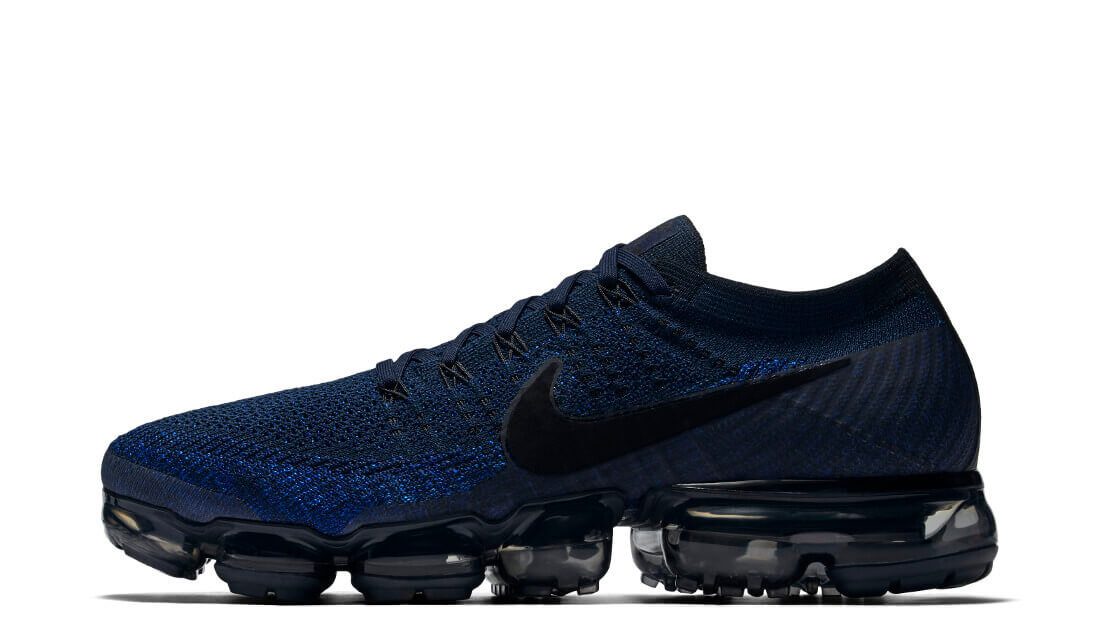