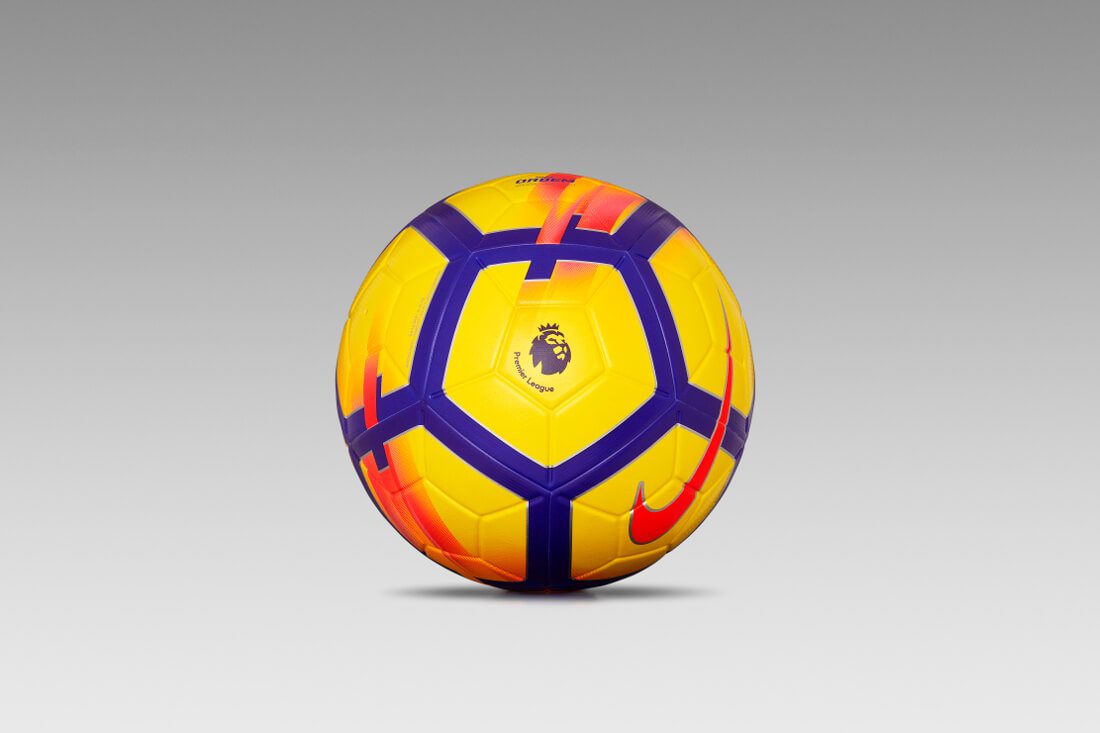 Nike Football have introduced the Ordem V Premier League Hi-Vis, bringing a winter-optimised colour scheme to the brand’s most advanced match ball yet.

As the Premier League season kicks into its winter period, light begins to get poorer and weather colder, but the intensity of English football will remain. The Ordem V is the result of extensive research and development from Nike, applying insights gathered over the course of 17 seasons of supplying match balls for the Premier League. 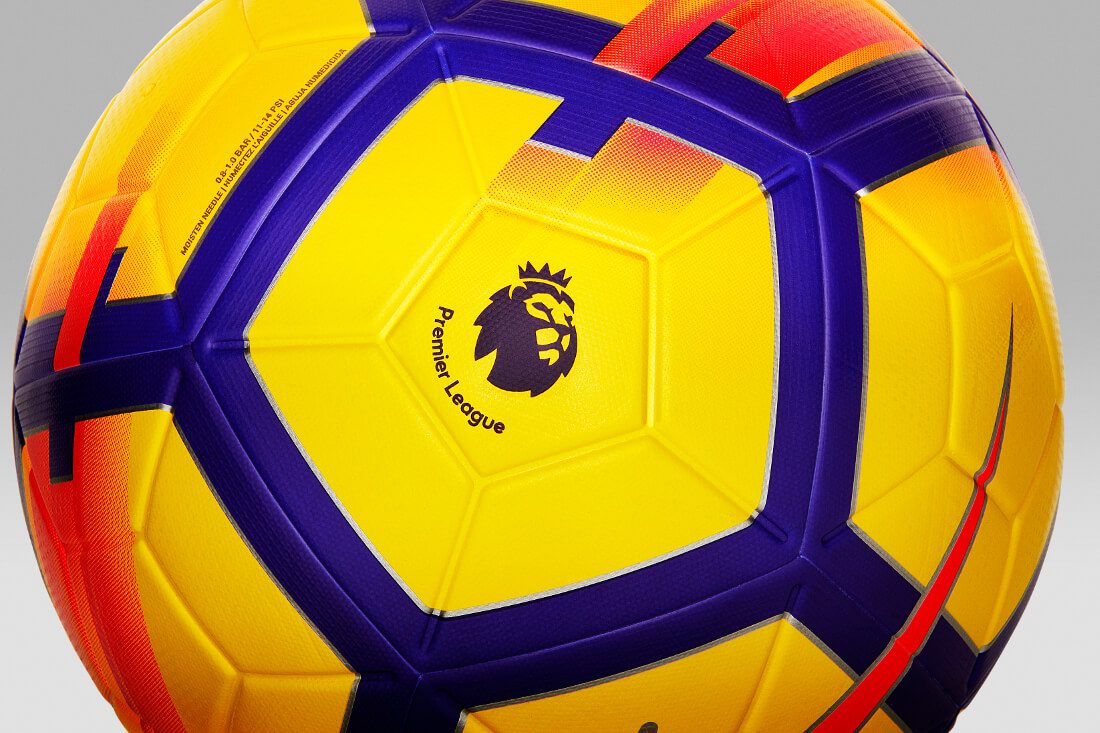 The ball was also developed through testing with some of the leading footballers on the planet – not only in the Premier League, but also in the Spanish La Liga and Italian Serie A, where the Ordem V Hi-Vis also becomes the official match ball. Built to offer a highly responsive touch and a consistent flight to players in the world’s most demanding leagues, the Ordem V is Nike’s newest piece of performance design.

The construction of the ball distributes pressure evenly across the ball to ensure an accurate strike whilst Aerotrac grooves in the surface help ensure a stable flight through the air. In addition, graphics are printed onto the surface using a 3-D ink that creates a textured feel for enhanced grip. 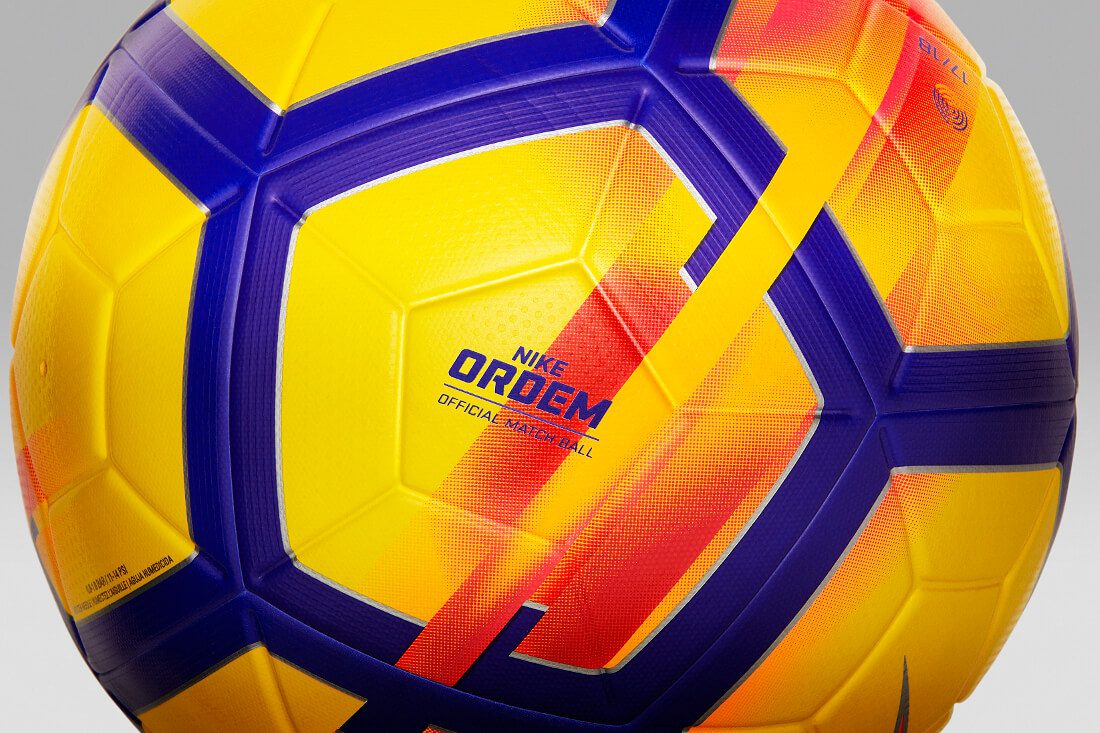 Designed to keep pace with the ever increasing intensity required in modern football, the Order V’s Distorted Motion Graphic flickers as the ball rotates, and with low light conditions becoming more prevalent, the ball evolves to adopt a base colour in high-visibility yellow along with detailing in purple and pink. The contrasts created between these colours enhance the ball’s ability to catch the eye and so players’ ability to react quickly to the game around them, facilitating fast paced football through the winter months. 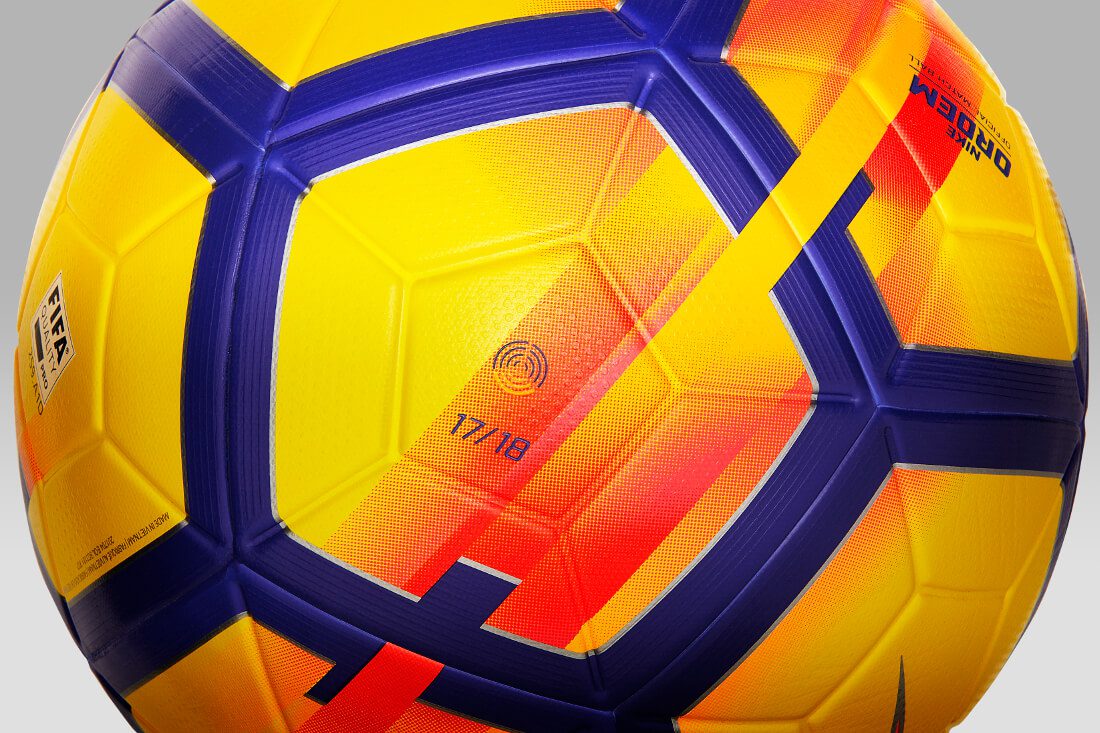