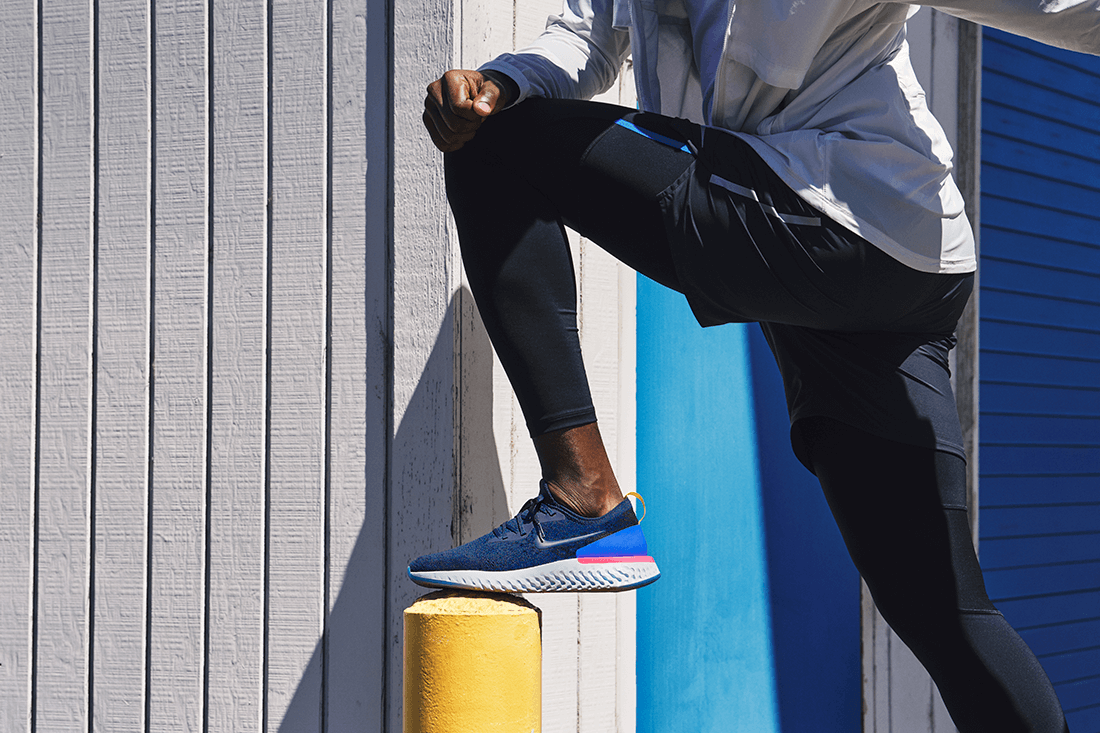 Better cushioning, better energy return, lightweight and longevity in a running shoe. Sound familiar? You’re forgiven for thinking this is the marketing speak for adidas Boost, when in fact they are the responses Nike claim they received when they asked runners what they wanted from a running shoe. It’s probably true, who wouldn’t want these things – but we must also tip our hat to adidas and their ever-popular Boost shoe which launched five years ago. Which when combined with the German brands’ stealthy and intelligent marketing efforts has forced Nike to ‘react’ with a very, very similar shoe of its own. There’s nothing like a little healthy competition. 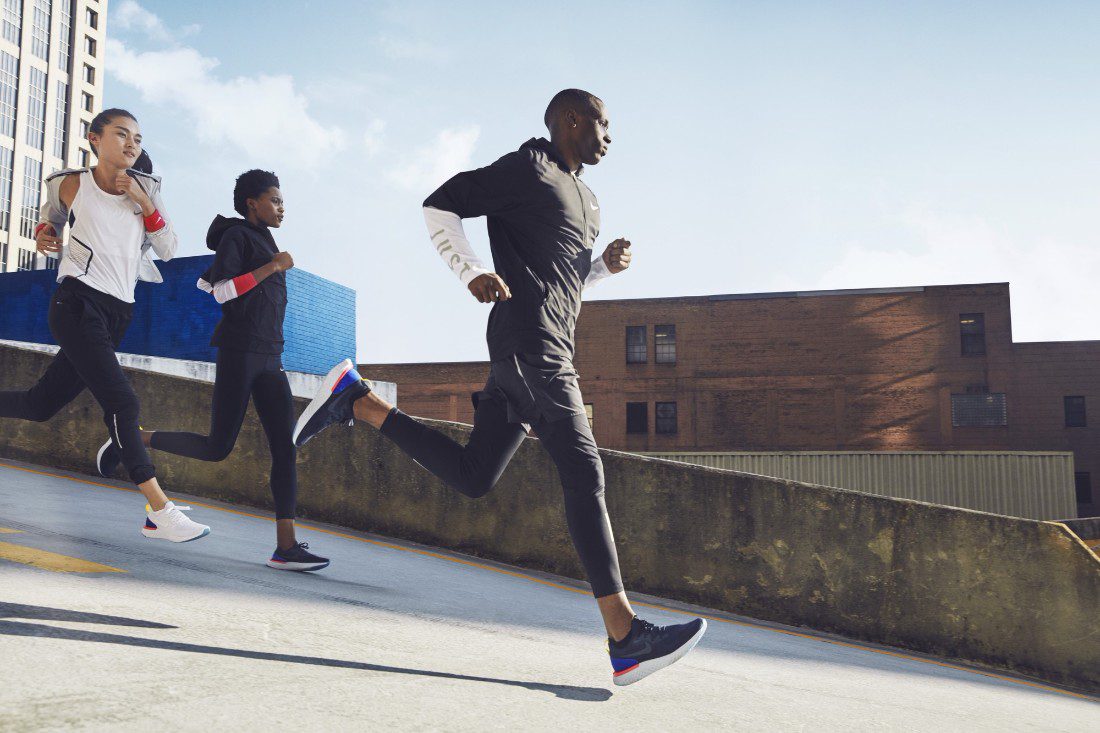 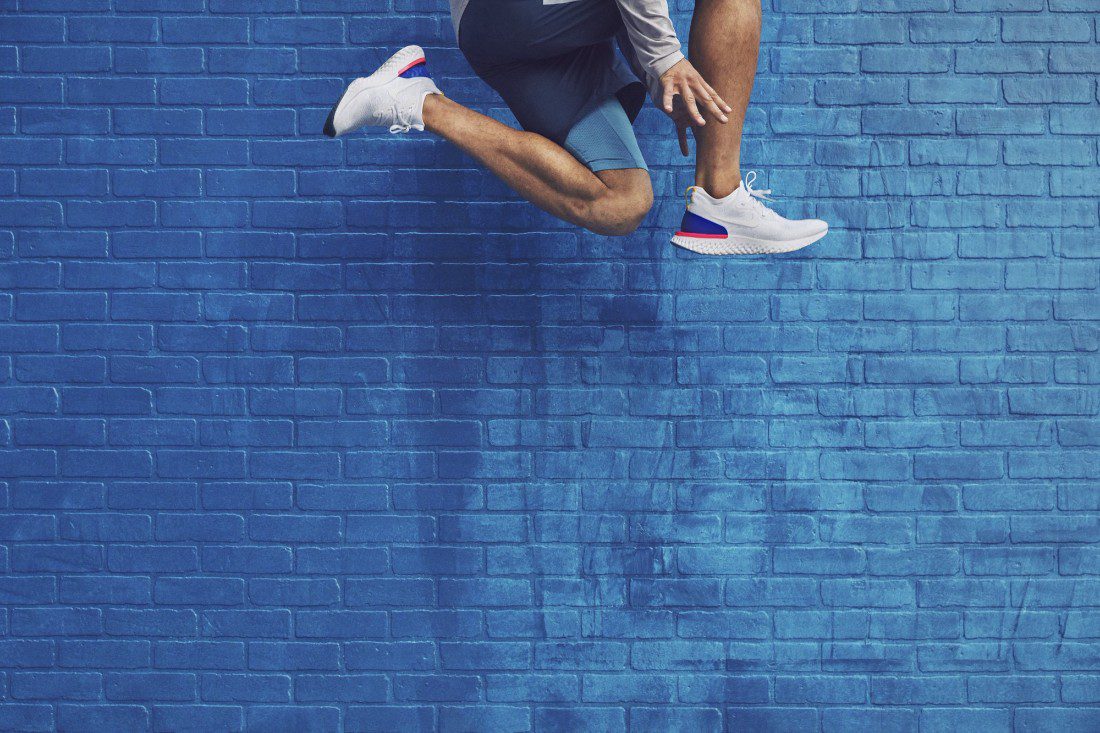 The result is Nike React foam cushioning which actually launched during June 2017 in basketball. For the road-worthy version however, Nike are releasing the Epic React Flyknit shoe in February featuring the soft cushioning sensation you’d expect from foam but which then quickly springs back to its original shape, as it delivers an energy return.

Housed aboard the React foam is the shoes’ upper which boasts a sculpted forefoot, toe and arch thanks to the one-piece Nike Flyknit bootie (which takes cues from the legendary Nike Flyknit Racer, one of Ape’s all-time favourite sneakers) – this ensures suitable support, flexibility and breathability where required. It’s a minimal design and close-fitting to the foot but still supportive – a good combination in our eyes.

Nike tell us that elite and everyday runners tested Nike React technology in more than 17,000 miles of running, this combined with more than 400 hundred combinations of chemistry and processing, and using scientific methods to hone in on materials with certain amenable attributes and you can be sure Nike have nailed it with this shoe- as they pretty much always do with their big, new, high-end launches. Our only complaint- the one-piece foam midsole is rather tall but Nike suggest it has to be this way to avoid “bottoming-out” and it’s wider to give a sufficiently supportive base.

A lightweight, yet supportive pillow-like shoe with good support and a efficient energy return? Sounds like a winner. Yes adidas got there long before Nike, but the new Nike Epic React Flyknit is equally impressive, despite being not being quite as handsome as adidas’ efforts. The Nike Epic React Flyknit will be available February 22 on nike.com and at select retailers or £130. We look forward to hearing your thoughts and trialling the shoe ourselves for durability.