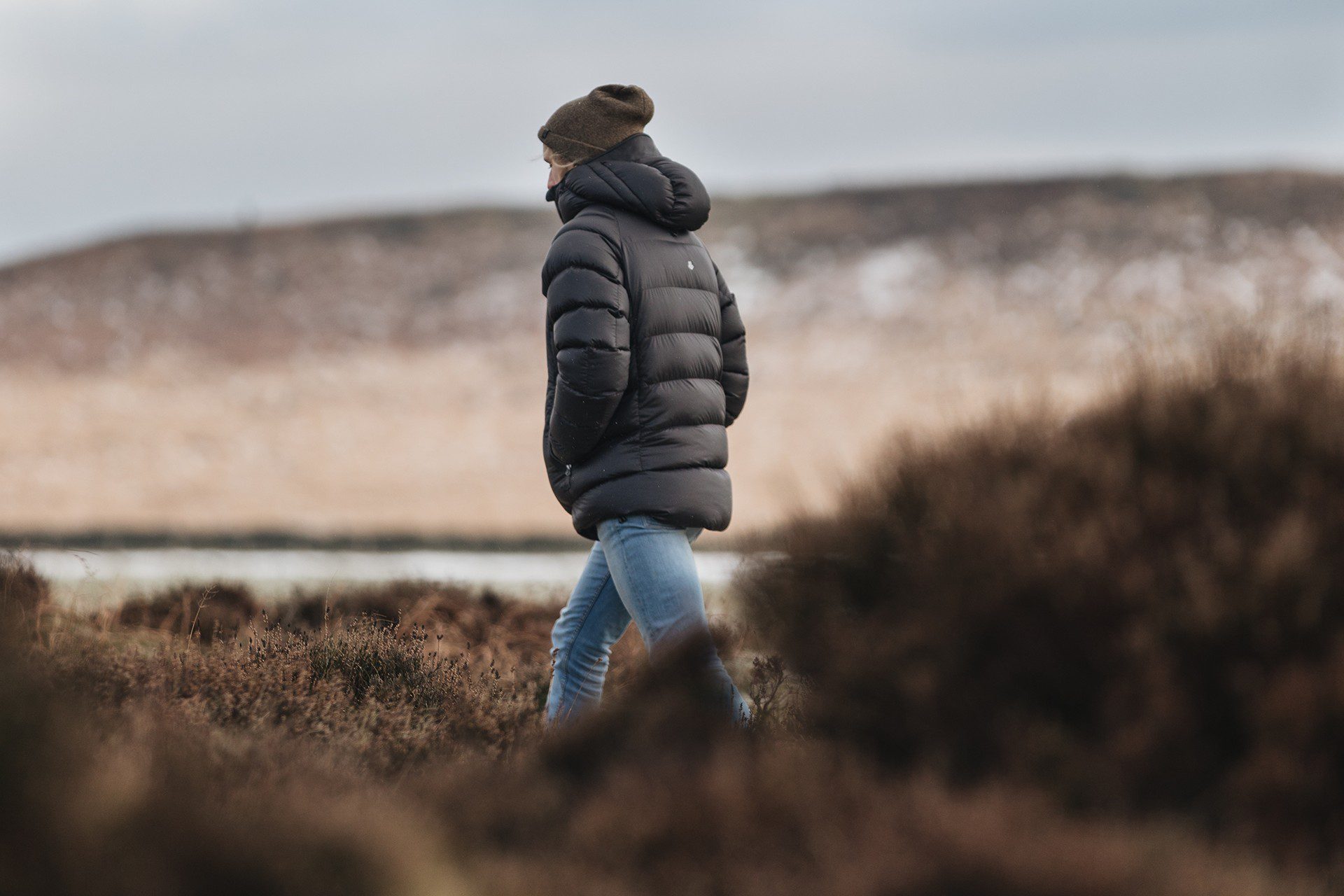 In the ancient tales of Norse legend, Thor, the God of thunder and lightning, used his mythical hammer known as Mjölnir to protect the fortress of Asgard from attacks by mountain giants and other dangerous beasts. The symbol of Mjölnir was also the source of Jöttnar‘s fitting logo and tagline – ‘Conquering Giants’. A British outerwear brand which came into being in Norway, Jöttnar is the creation of Tommy and Steve, two former Commandos in the Royal Marines. On the freezing, stormy mountain ranges of Norway, deep within the Arctic circle and the location of many of the pair’s training sessions with the Marines, inspiration took hold. 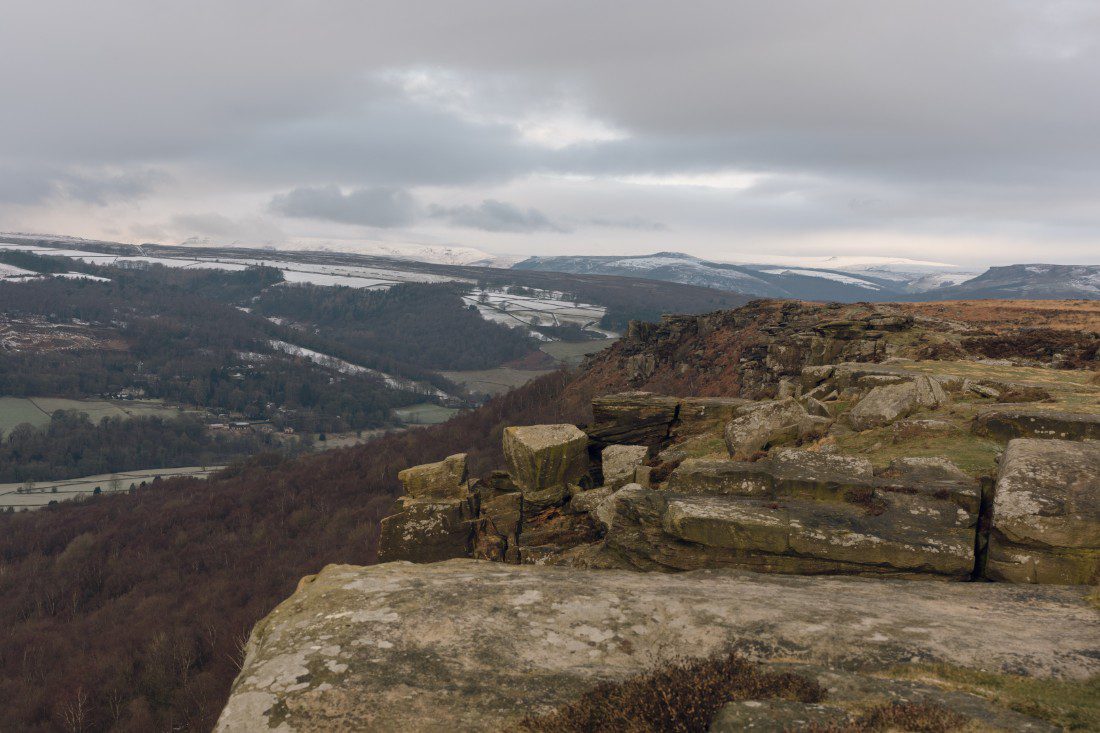 The goal was to build technical outdoor clothing that would not only protect against the brutal elements of the mountain range, but also reflect the beauty of the Scandinavian landscape that inspired them. In 2013, Jöttnar was born. Just like Thor used Mjölnir as a defence against his mythical enemies, Jöttnar’s aim is to deliver protection against the opponent of the modern adventurer, in the form of the elements. 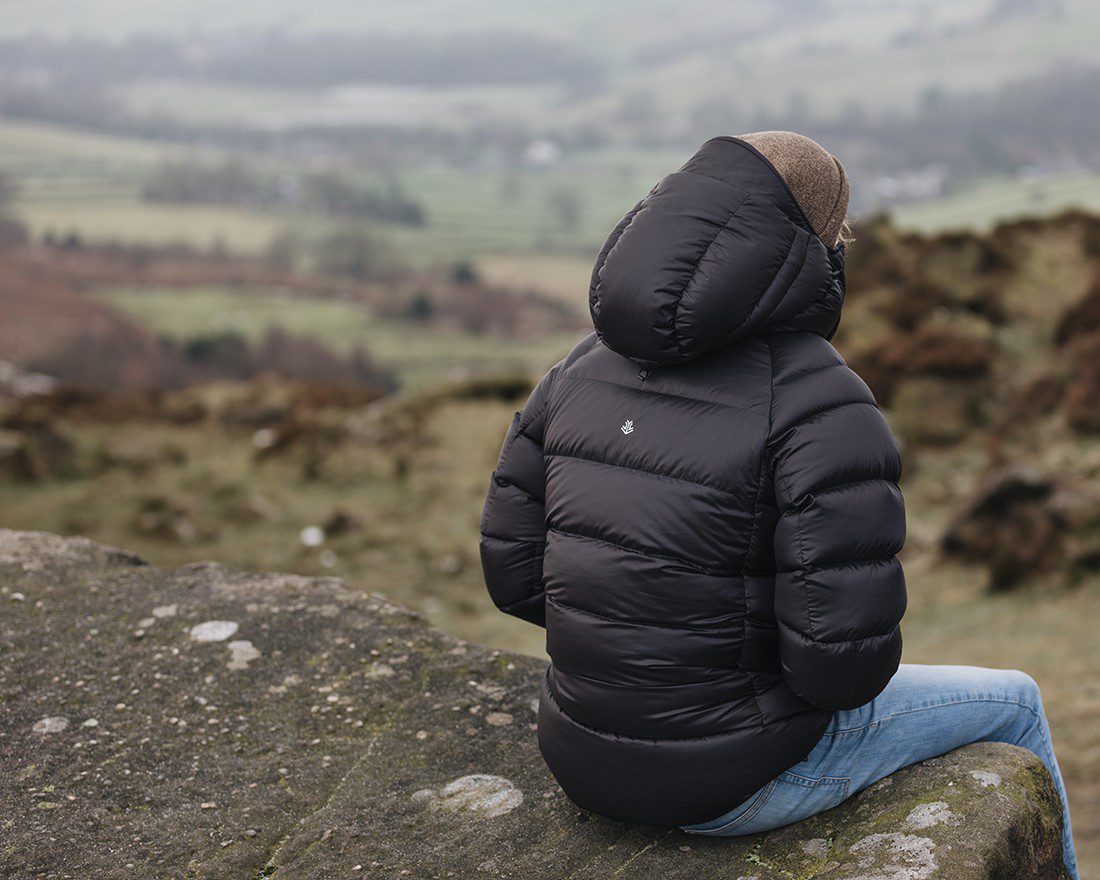 Blending aspects of technical outerwear with modern style has been a rapidly growing trend in recent years – one look at the latest releases from the likes of The North Face, Patagonia or Arc’teryx is evidence enough of that. But while these collections often seem to sacrifice some of their more technical elements in favour of embracing streetwear-ish components in line with current trends, it seems evident that Jöttnar have stuck to what they do best – supremely functional outerwear with a clean, timeless look. 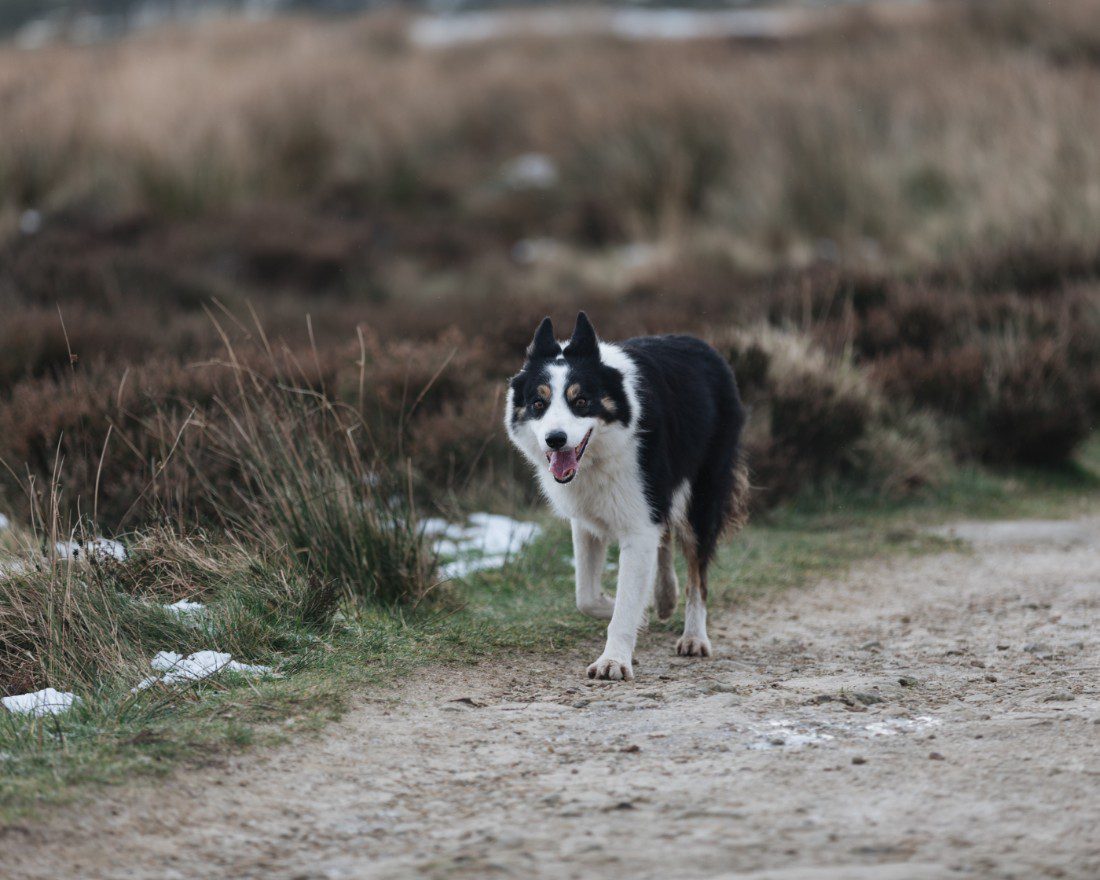 The way the company do business is also an extension of this philosophy. Disciplined designs are combined with attention and care in craftsmanship to produce limited volumes of garments in tightly focused ranges, allowing them to concentrate on even the most minute details while also creating an atmosphere of exclusivity. The price point however, is more accessible than other elite outwear brands such as Moncler or Canada Goose, creating an interesting and perhaps much needed middle ground.

“That’s all well and good,” you’re probably thinking, “but what are the clothes actually like?” Well, the Fjorm (£395) is Jöttnar’s warmest goose down jacket, stuffed with 275g of 850 fill power goose down. Fill power, a measurement used to indicate the quality of the down, usually ranges from around 300 for the lowest quality to 900 for the best quality. 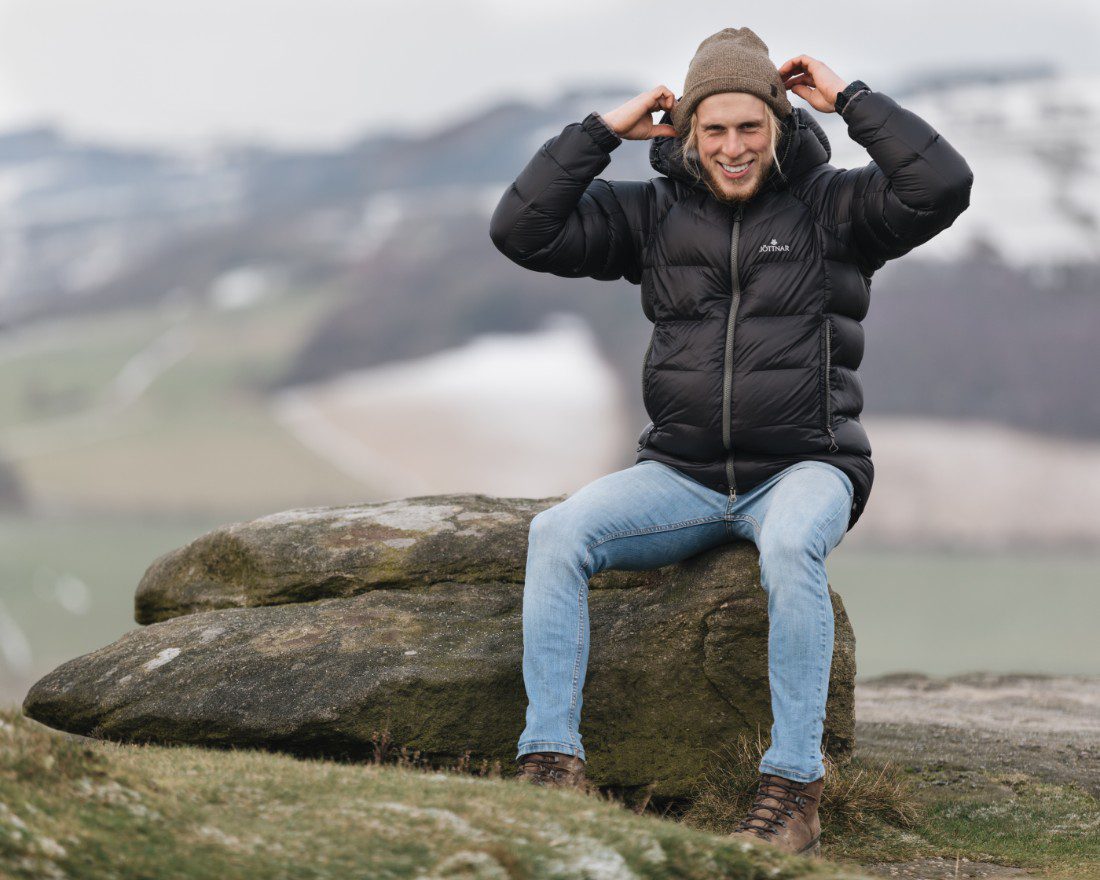 The hydrophobic jacket is treated with DownTek, a water-repellant technology made to keep the down dry ten times longer than if it was untreated. The down is also ethically sourced in compliance with the Responsible Down Standard, and is free from harmful PFCs. 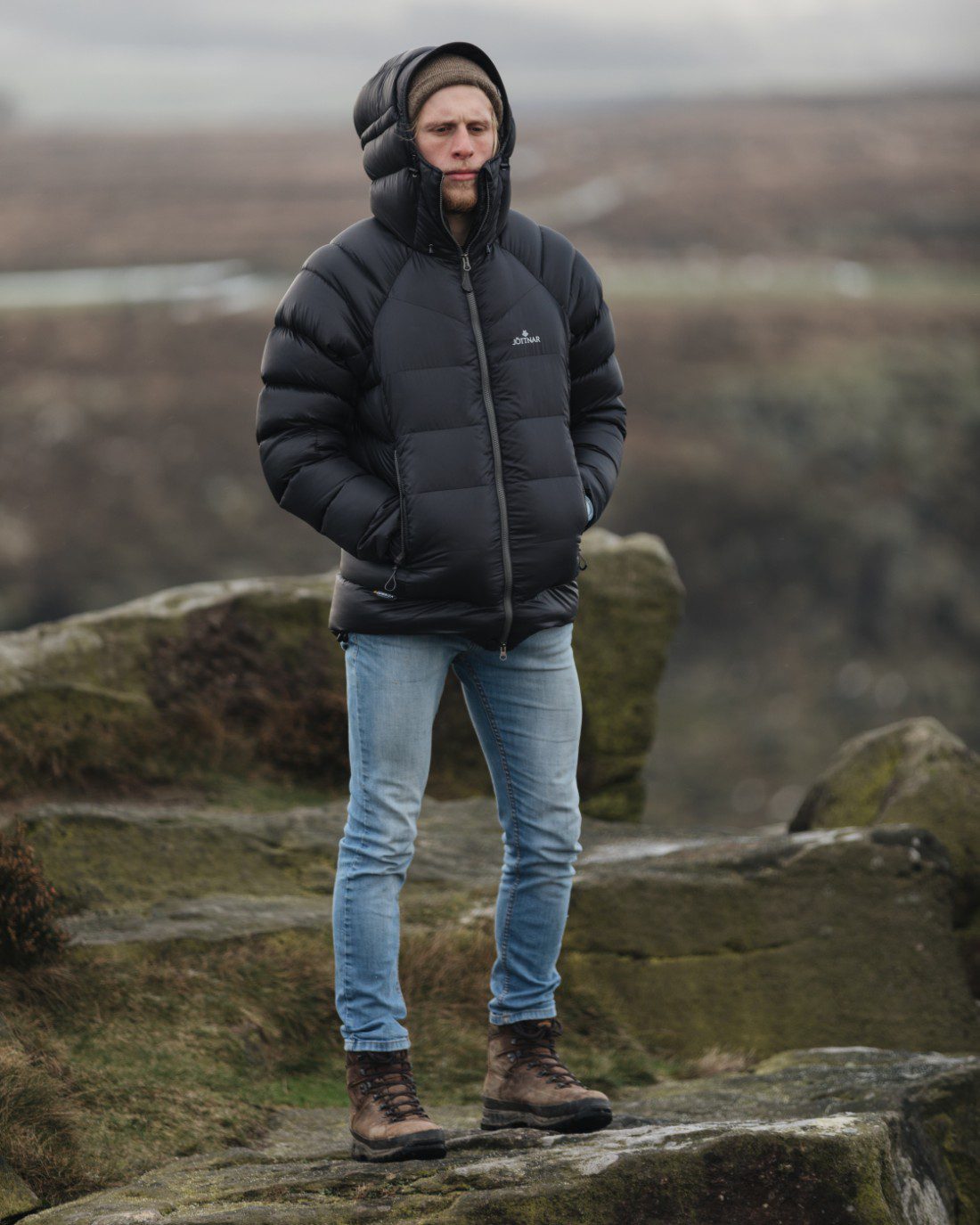 The jacket itself is packed with a raft of features. A few of the best include a huge internal mesh pocket capable of storing your hat, gloves, map, water bottle and just about anything else you can carry, and a sleeping bag-esque stuff sack included to keep the lightweight jacket compact in storage for travel. Elasticated wrists were incorporated into the design to form a tight seal against the elements, with an internal fleece lining to insulate the wrists and keep the hands warm. 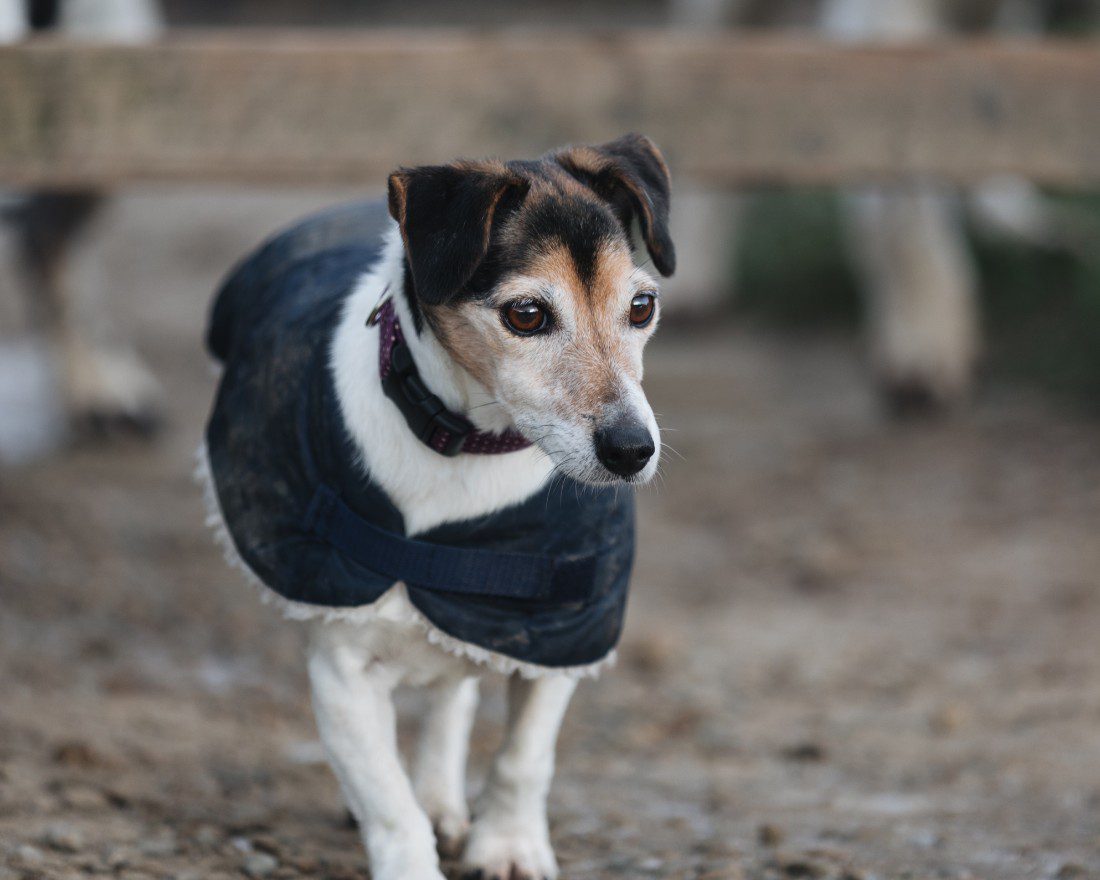 For climbers, the anti-snag hem cords were included to prevent the jacket getting tangled in ropes and gear, while the zips will function even if they are iced up, and large zip pull loops allow for use with gloves or cold hands. 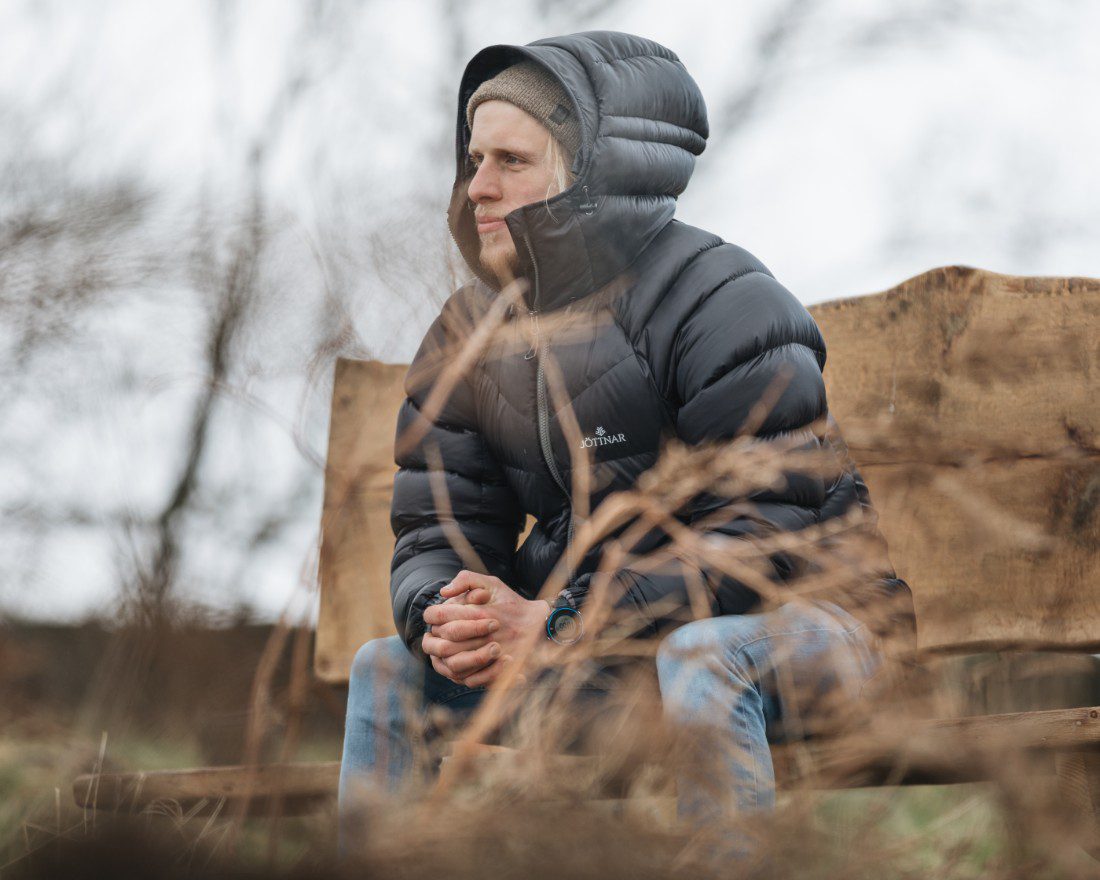 All in all, Jöttnar is an ambitious brand, and one that doesn’t hesitate to evoke the spirit of a Norse God in the outline of their philosophy. But they deserve the confidence they portray. After all, building an effective combination of classic style and technical outerwear is no easy feat to achieve. Despite this, Jöttnar have created a way for you to look good while conquering the most brutal conditions that Mother Nature has to offer – and any giants you might meet on the way.