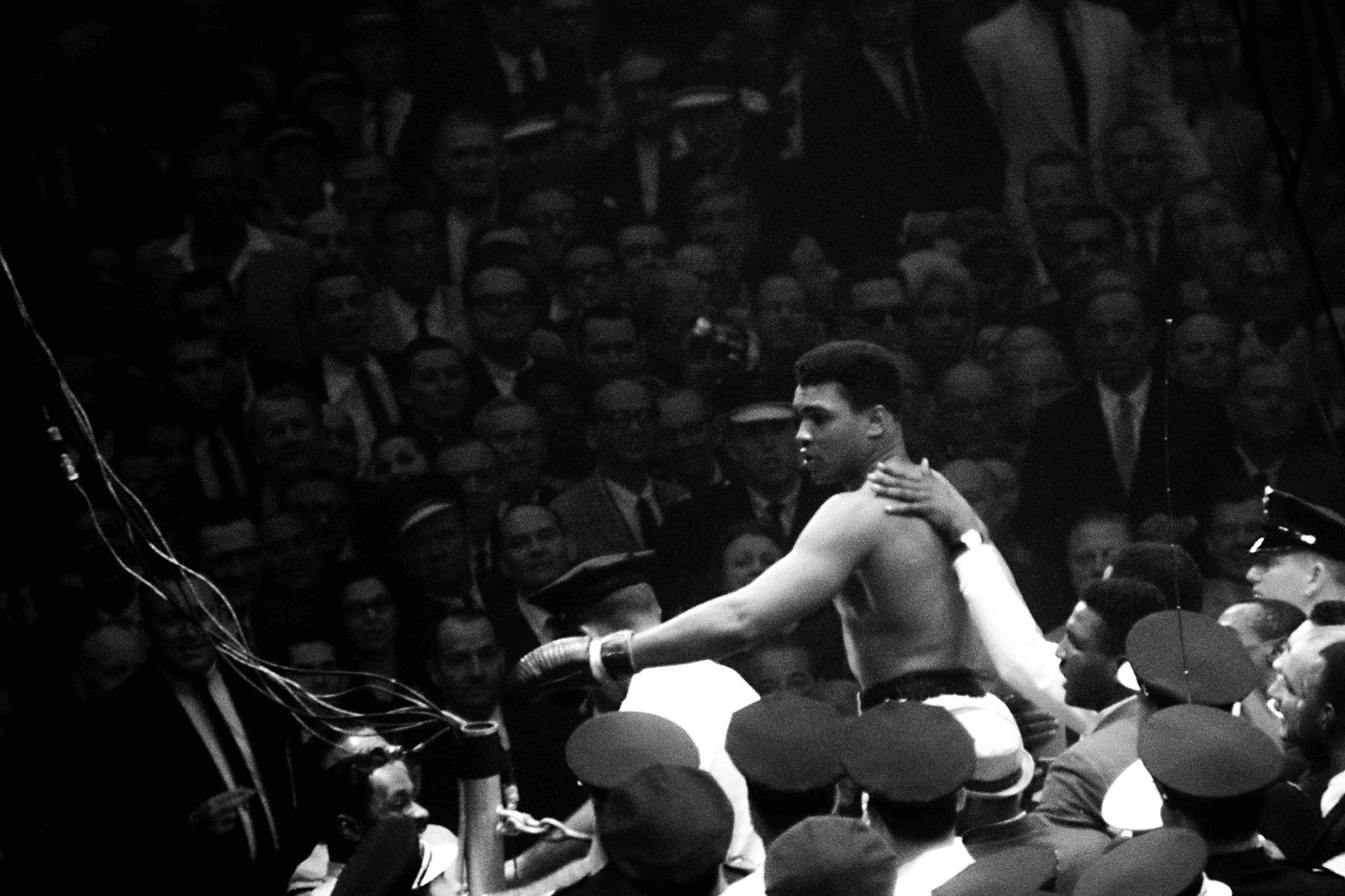 In the history of heavyweight boxing the two fights between Cassius Clay (later Muhammad Ali) and Sonny Liston for the World Heavyweight Championship don’t come much bigger. The first fight was held on February 25, 1964 in Miami Beach, Florida and ended when Liston gave up at the opening of the seventh round. Their second fight was on May 25, 1965 in Lewiston, Maine, which Ali won with a first-round knockout.

The first bout saw Liston step into the ring as one of the most feared heavyweights of all time. It was a matchup of the underdog’s (Clay) speed versus the champion’s (Liston) overwhelming power. Liston had become World Heavyweight Champion in 1962 by knocking out Floyd Patterson.

Beyond the ring however, it was a time of historic upheaval. President John F. Kennedy had been assassinated in 1963, and both the civil rights and anti-Vietnam War movements were gaining momentum. Clay was a cocky young contender and a sign of the counter-culture. During his training he was visited by The Beatles, and Malcolm X was sitting ringside for the first bout.

On that night in Miami Beach, Florida, Clay’s victory over Liston shocked the world. And after the fight, the newly crowned 22-year-old champion, Cassius Clay, announced he was joining the Nation of Islam, and changing his name to Muhammad Ali. It was the beginning of a new era, and within a few years he was not only one of the most recognisable sportsmen in the world but faces in the world too.

To celebrate this historic moment and this special character, the Reigning Champ x Muhammad Ali collection has been created as a nod to Ali’s strength of character, and his journey from underdog to champion. Each piece features references to the historic title fight, with embroidery and details sourced from a library of archival press images.

A range of cut-off sweats is inspired by Ali’s training at the 5th Street Gym in Miami Beach, while satin trimmed staples nod to Ali and Liston’s striped boxing shorts. Graphic prints reference the date of the fight, and it’s billing as a matchup of “Speed vs Power.”