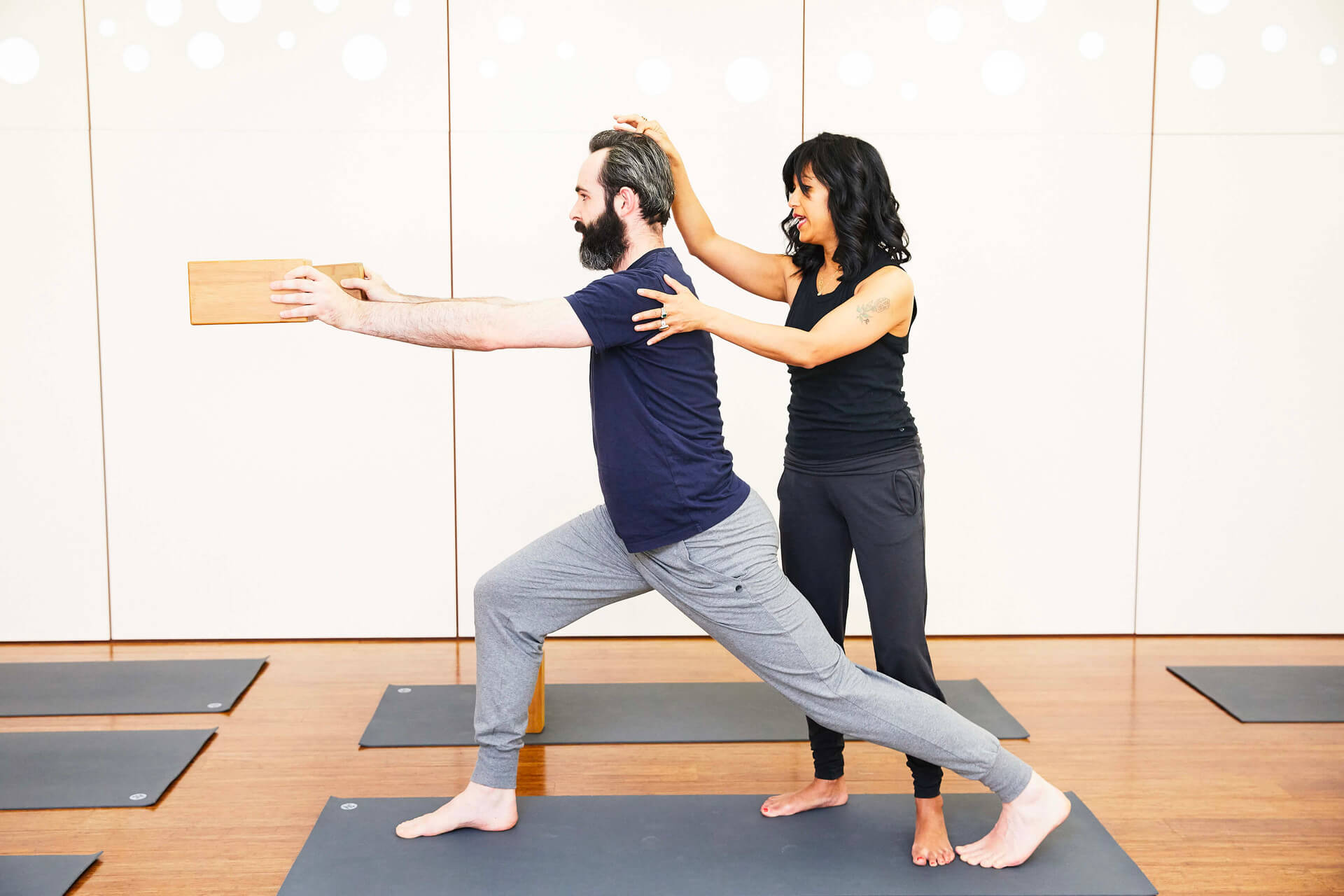 The rise of yoga as an additional form of exercise and even a focused training for men has grown with more recognition over the past few years. With mens health and fitness becoming an ever relevant part of our lifestyle, yoga has also grown with men able to get involved in numerous forms. Ape investigates the benefits of yoga from a sports injury perspective, focusing on restorative yoga that aims to build strength and muscle recovery if been exposed through shock from injury or an operation. Our very own Chris Chasseaud had a hernia operation and to help ease him back to fitness post-surgery he listed the help of Nahid de Belgeonne of Good Vibes Studio.

Restorative yoga is all about healing the mind and body through simple poses held for a long time, sometimes using the aide of props such as bolsters, pillows and straps. Rebuilding your body’s confidence in itself after a traumatic injury or operation, the poses are complemented with a number of yoga like stretches that can be easily carried out at home and in your spare time.

I have always been curious about yoga, seeing and hearing is rise in popularity. As a complete novice I was apprehensive with the what would be in store for me. However, lots of people had been mentioning the benefits of yoga in general, but I discovered Restorative Yoga which had a more focused approached with attention to resolving injuries or coming out of operations. This was something that needed to be tried.

Walking into a yoga room with mats might be a little strange, with a more basic array of equipment than you may be used to compared to the gym. But whereas at the gym you may be looking to exert power, leading to an impact focused exercise, yoga works on a ‘flow’ that allows your body to relax and reconnect your muscles and tissue fibres – essential in building a true core strength. Restorative yoga utilises the best of yoga stances combined with a tailored focus on the area of body affected. I had a stomach hernia operation and so we did a number of poses that allowed that area to open up and start working on regaining strength.

Nahid got me to become aware of my stance and keep the spine aligned and feet same width and the hips, where expanding and gripping my toes to root myself. From this position I did a number of movements. In Restorative Yoga there is emphasis on taking time in the pose to gain the full effect of stretching the muscles and fascia. One key aspect post-surgery is to allow the flow oxygenated blood to circulate through the body, especially the effected areas to encourage healing. Muscle will naturally be weaker after being inactive as well as being a little closed as the protective nature of the body influences the desire of protection and healing. Breathing is therefore key in Restorative Yoga to ensure oxygen is getting into the lungs and blood is circulating efficiently.

Opening up the body is key to be able to build strength. Stretching the muscles in the right way is essential to maximising the affect the poses have. I started with exercises including stretching the ankles with the aid of elasticated bands, taking turns in rotating the ankles in both directions. This helped eased any tension in the joints. I also have old ankle injuries as knee injury so this is perfect in regaining strength and stability.

One exercise to help steer clear of any pressure to the stomach area, while building strength at the same time, was a movement similar to a sit-up but is executed by lying on your back, arms stretched above your head, and in one movement, take your arms and raise above you. In the same motion, raise your back off the floor and continue forward in a slow and steady action.

Following that I practised yoga stances of Cow and Cat which can be done in succession and works on the spine and abdominal areas. Start with Cow pose by kneeling on all fours, with your knees the same width as your hips, arms and wrists perpendicular to the floor. Focusing on breathing and simple movement of the raising your hip bone connectors while keeping shoulders nice and broad and allowing your stomach to sink towards the floor and lift your head to look straight ahead in the same motion. You can easily transition into Cat pose which is almost an opposite of Cow where you exhale and bring your spine upwards and gently let your head go back towards the floor. These poses can easily be practised at home.

Nahid de Belgeonne is founder of Good Vibes Fitness and has been practising yoga for 16 years. An ex-kickboxer, she specialises in Hatha flow yoga with an emphasis on intelligent movement, as well as offering  restorative yoga, meditation and yoga nidra. She has two locations in London – Covent Garden and Fitzrovia. Nahid is also the resident yoga expert for Aveda UK.

Why not try restorative yoga as an alternative treatment after a sports injury or operation. Also ideal for an introduction to yoga.