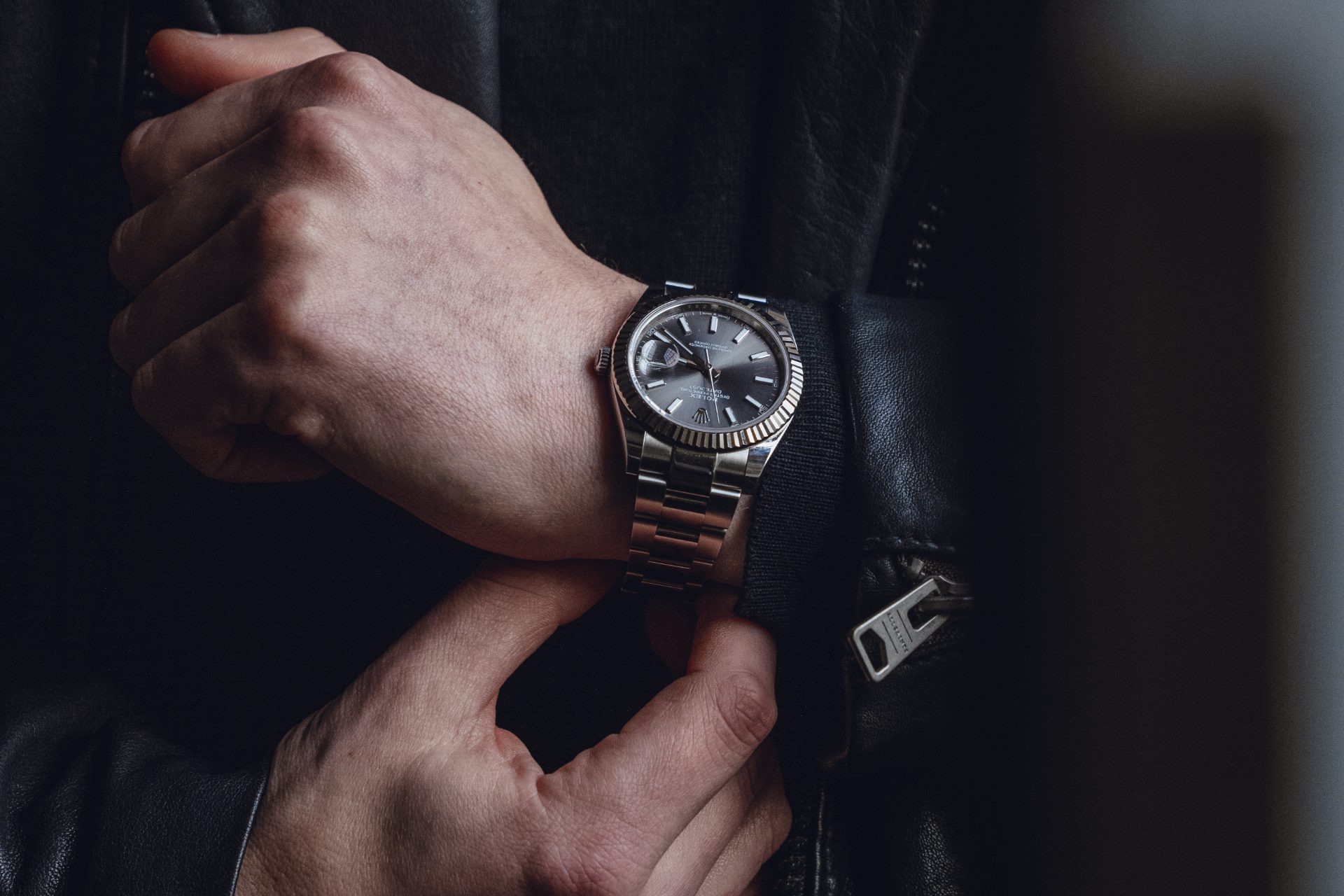 Ask anyone on the street to name a Swiss watch brand, or any watch brand for that matter, and chances are they will say “Rolex”. It is a word synonymous with a certain quality and desirability, and, thanks to the unknowable production-line equations of Rolex, unavailability. It was James Bond’s watch, it has been to the depths of the Mariana Trench, it is the watch of presidents. It is an icon.

However, when Hans Wilsdorf, founder of both Rolex and Tudor, first started pushing the idea of a wristwatch, people wrote it off as a passing fad. This was 1905 and Wilsdorf was one of Britain’s major watch dealers. He still dealt in pocket watches but thought wrist watches were the future so decided to take a punt on it.

The first Rolexes comprised imported movements, bought in from Bienne-based Aegler, housed in British cases and sold under the name Wilsdorf and Davies, the latter being Hans’s brother-in-law. It wasn’t until 1908 that Rolex was truly born. Theories as to the origin of the name are myriad.

The official party line is that Wilsdorf wanted a name pronounceable in any language and settled on ‘Rolex’ because onomatopoeically it sounds like a watch being wound. Yet other sources say it was a Hispanic employee who suggesting abbreviating ‘relojes excellentes’ (Spanish for excellent watches), while another says it’s a merger of ‘horlogerie exquise’. Wilsdorf himself has added to the mystery by claiming in 1958 that a genie whispered the word in his ear.

Whatever the truth is, Rolex as a brand officially entered the market in 1908 and was trademarked globally in 1913. 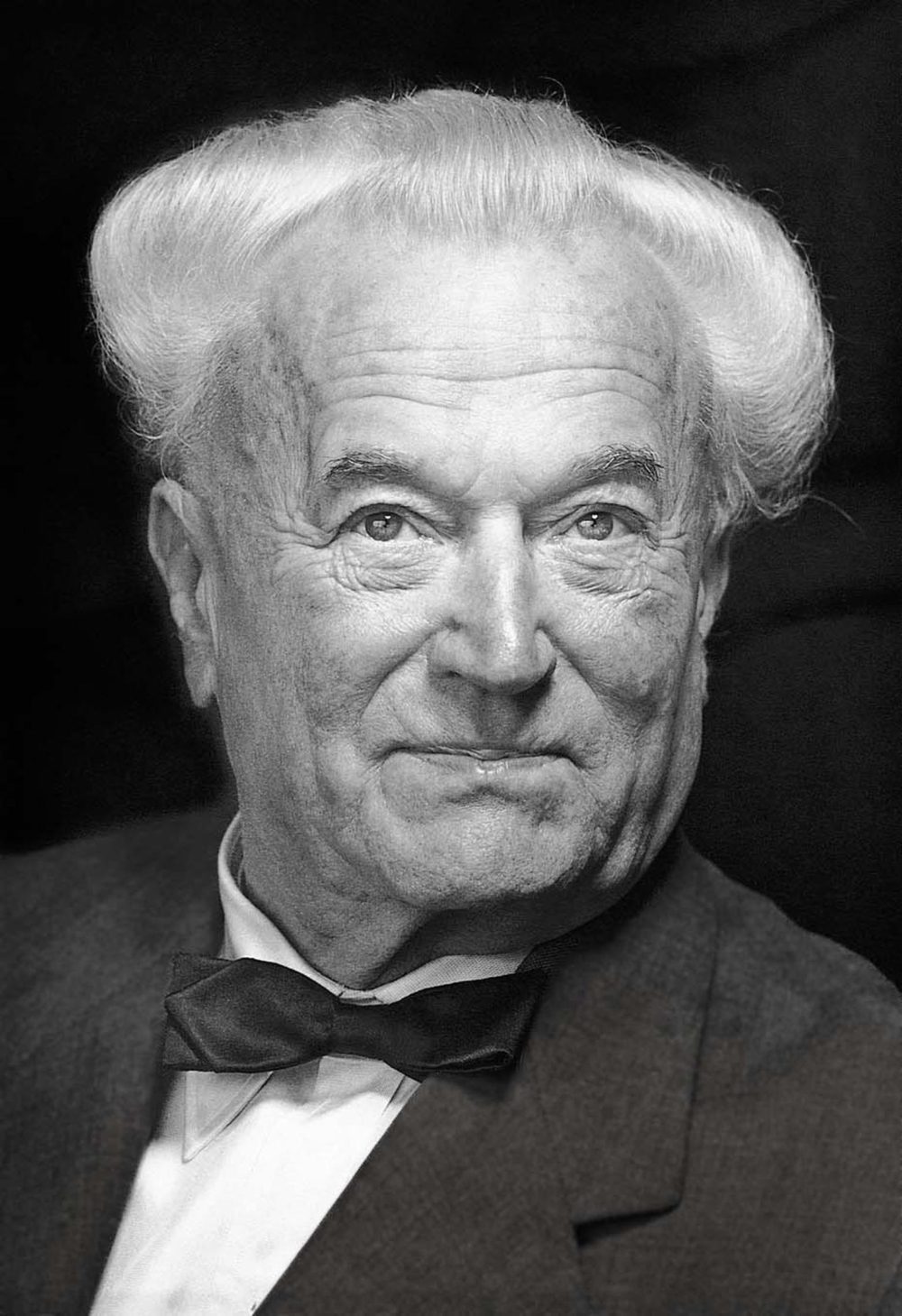 Hans Wilsdorf, founder of both Rolex and Tudor

From London To Switzerland

The two companies remained autonomous until 2004, with Geneva being owned by the Hans Wilsdorf Foundation, a private family trust, and Bienne by Vinetum, a holding company owned by the Borer family, who were descendants of Jean Aegler. In 2004, Geneva bought a minority interest in Bienne before acquiring the company outright in 2006. 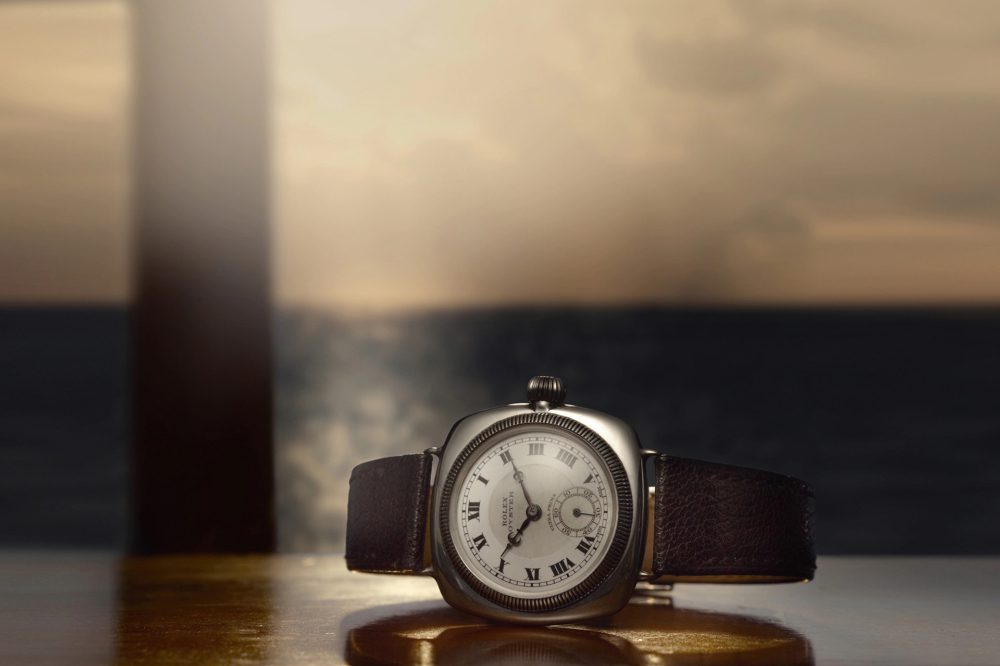 As well as being an early adopter of the wristwatch, including setting the industry standard of securing the strap at 12 and six o’clock, it was making the first water-resistant timepiece that really cemented Rolex’s reputation. 1926 saw the launch of the Oyster. It had a screwed-down caseback, a screw-down crown, and a tight joint between case and crystal. It is a solution that continues to be used today.

Rolex was also clever in giving this revolutionary timepiece an equally revolutionary ambassador – a London secretary called Mercedes Gleitze, who became the first woman to swim the English Channel. Around her neck on her first attempt was a Rolex Oyster that was still displaying the correct time when she arrived in Calais; making the watch more of a success than Gleitze’s curtailed swim.

To Mount Everest And Beyond 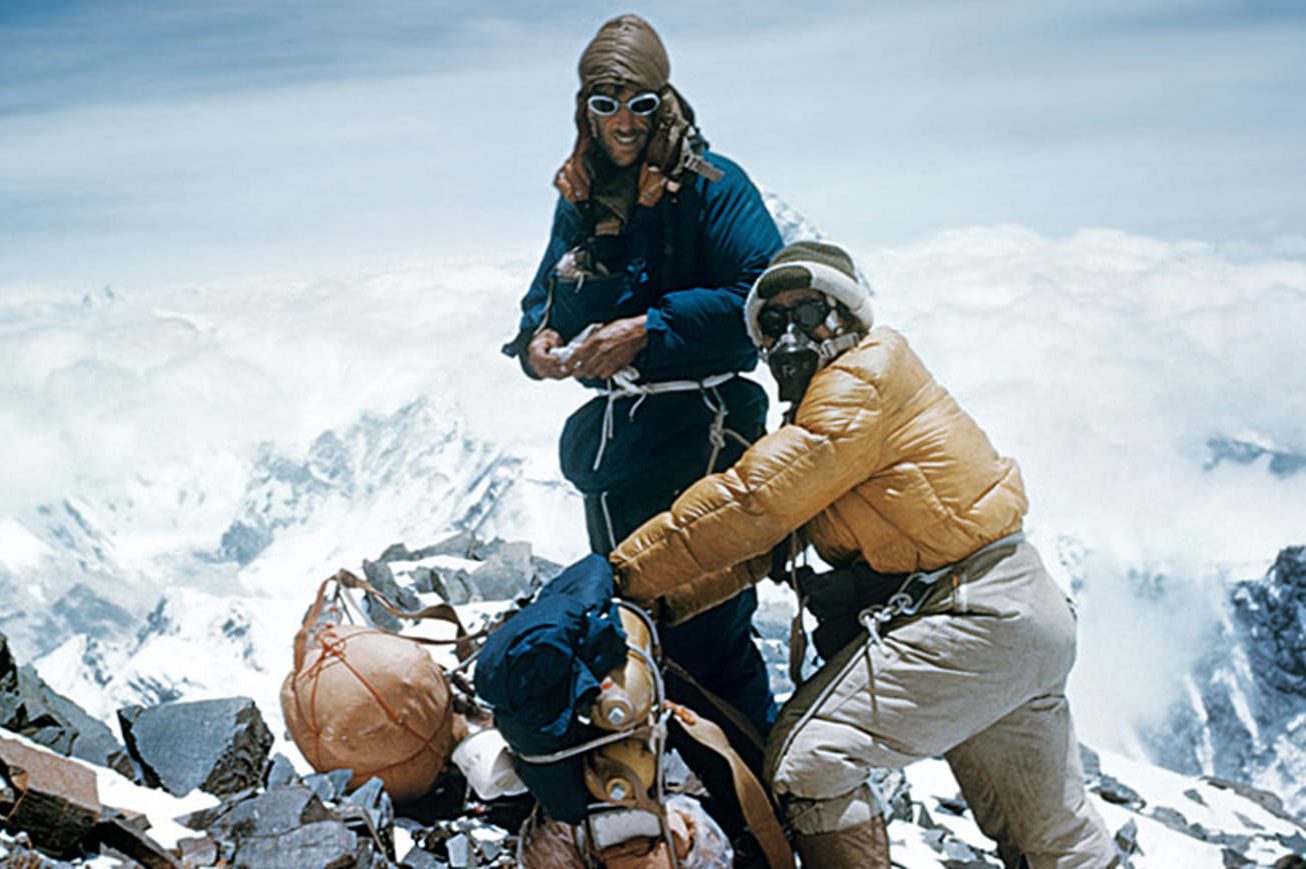 Summiting of Everest by Edmund Hillary in 1953 This was just the beginning of both Rolex’s firsts and of its canny knack for placing its products, even managing to stake a claim on the summiting of Everest by Edmund Hillary in 1953. The first self-winding mechanism followed in 1931, with Rolex pioneering the use of motions of a rotor in both directions to wind a mainspring.

In 1945, it launched the first watch with an automatic date on the dial, the DateJust, then in 1954 came the GMT-Master (now GMT-Master II) the first to display two timezones. That was followed by the Day-Date in 1956, which, as the name suggests has day and date displayed on the dial. 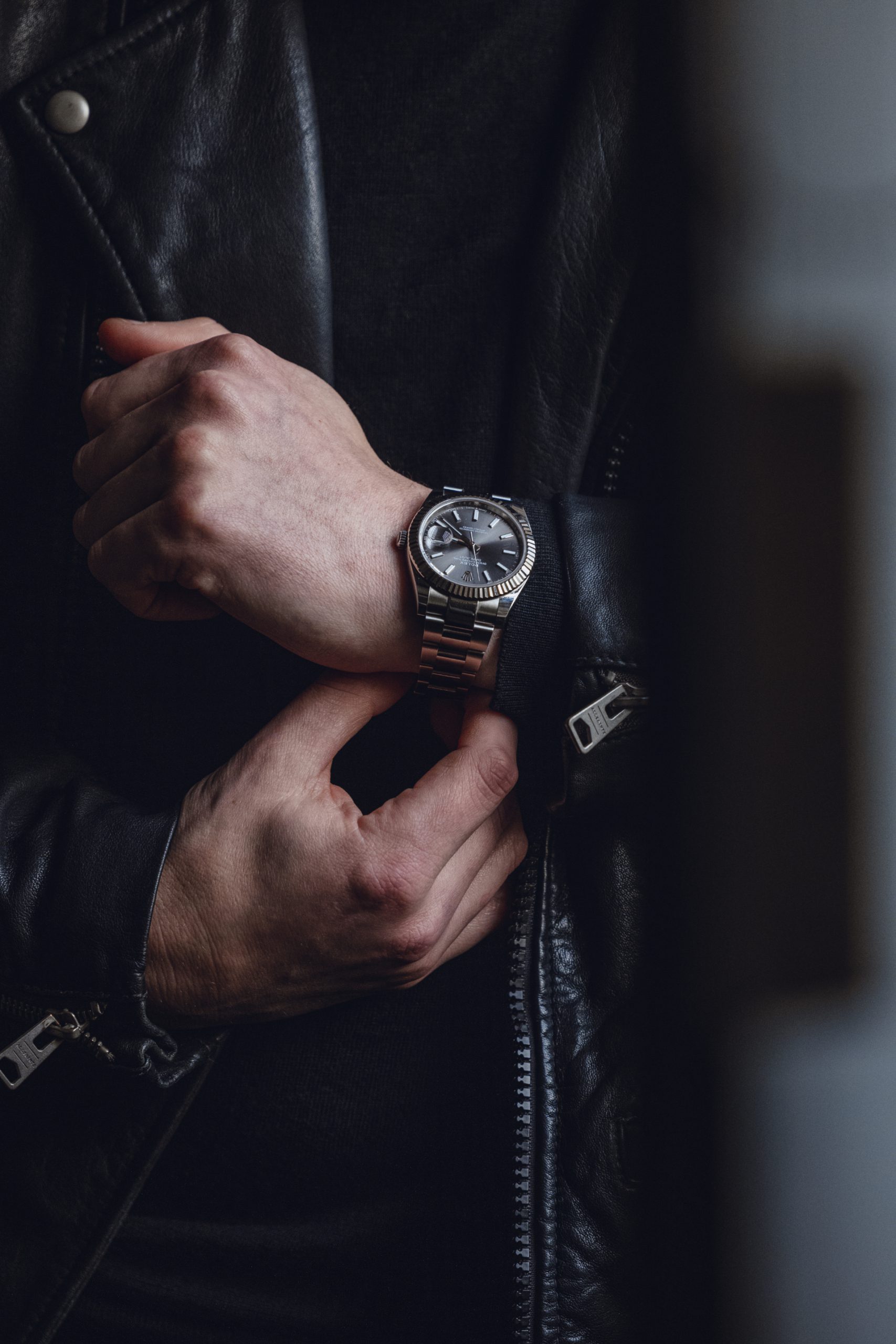 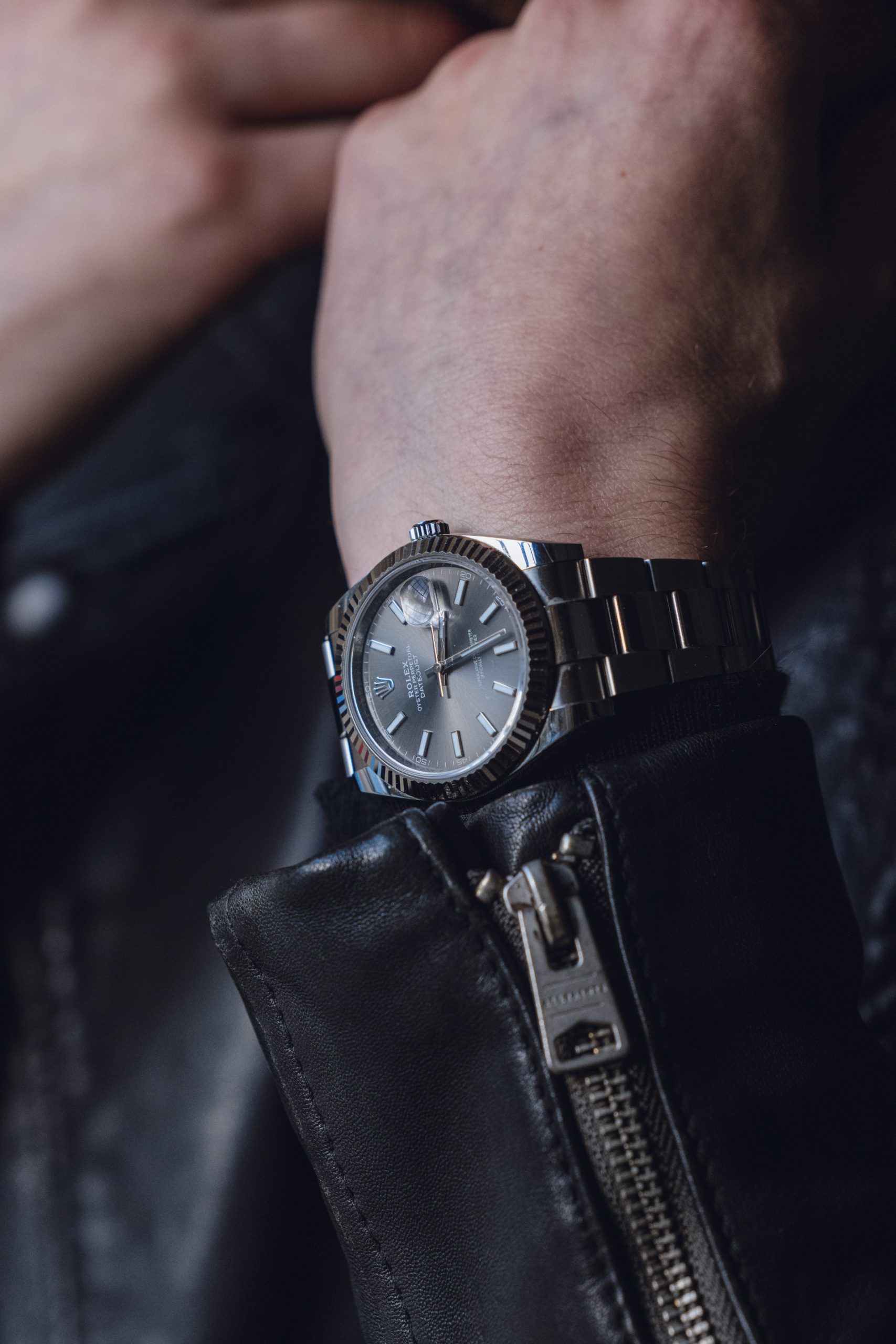 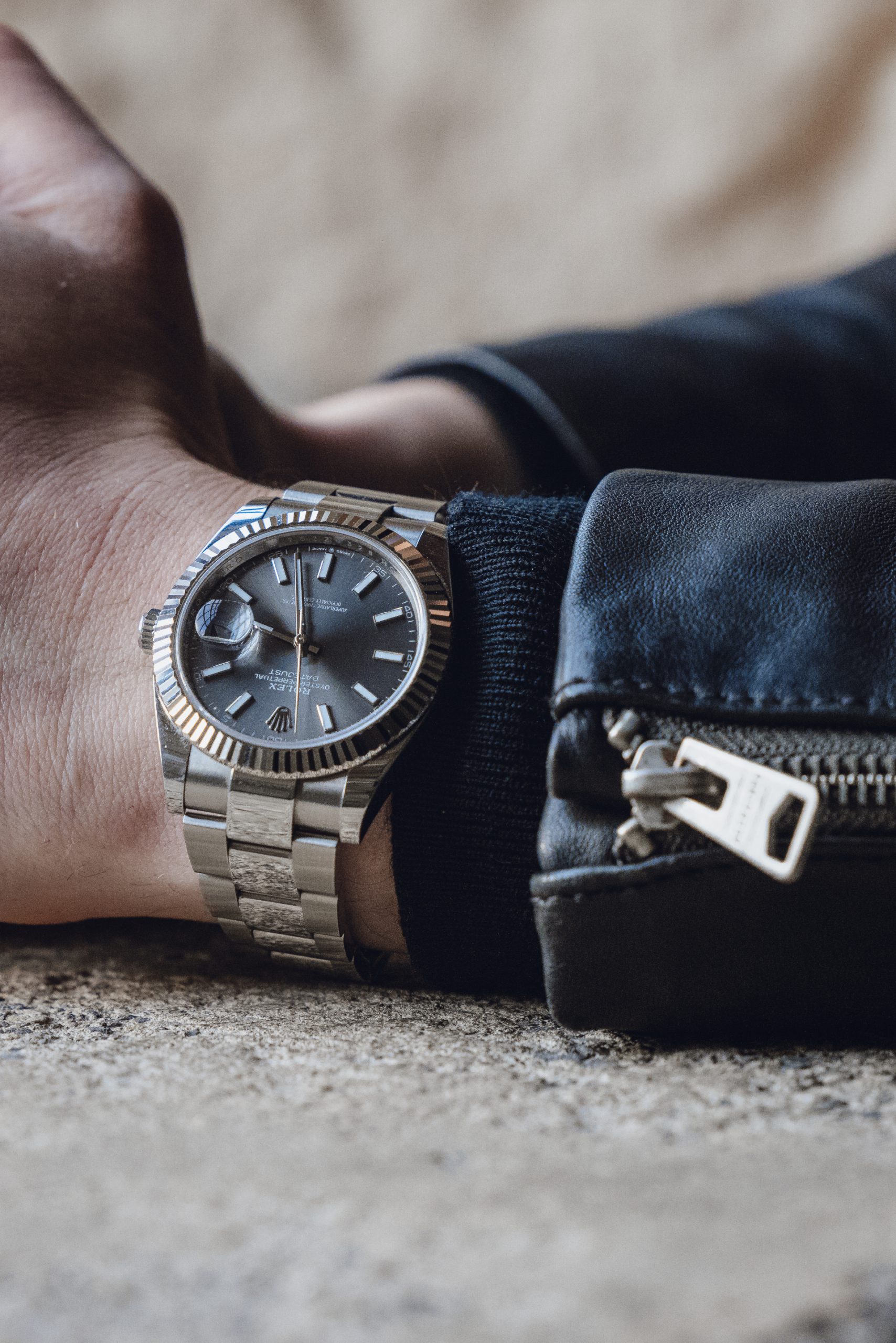 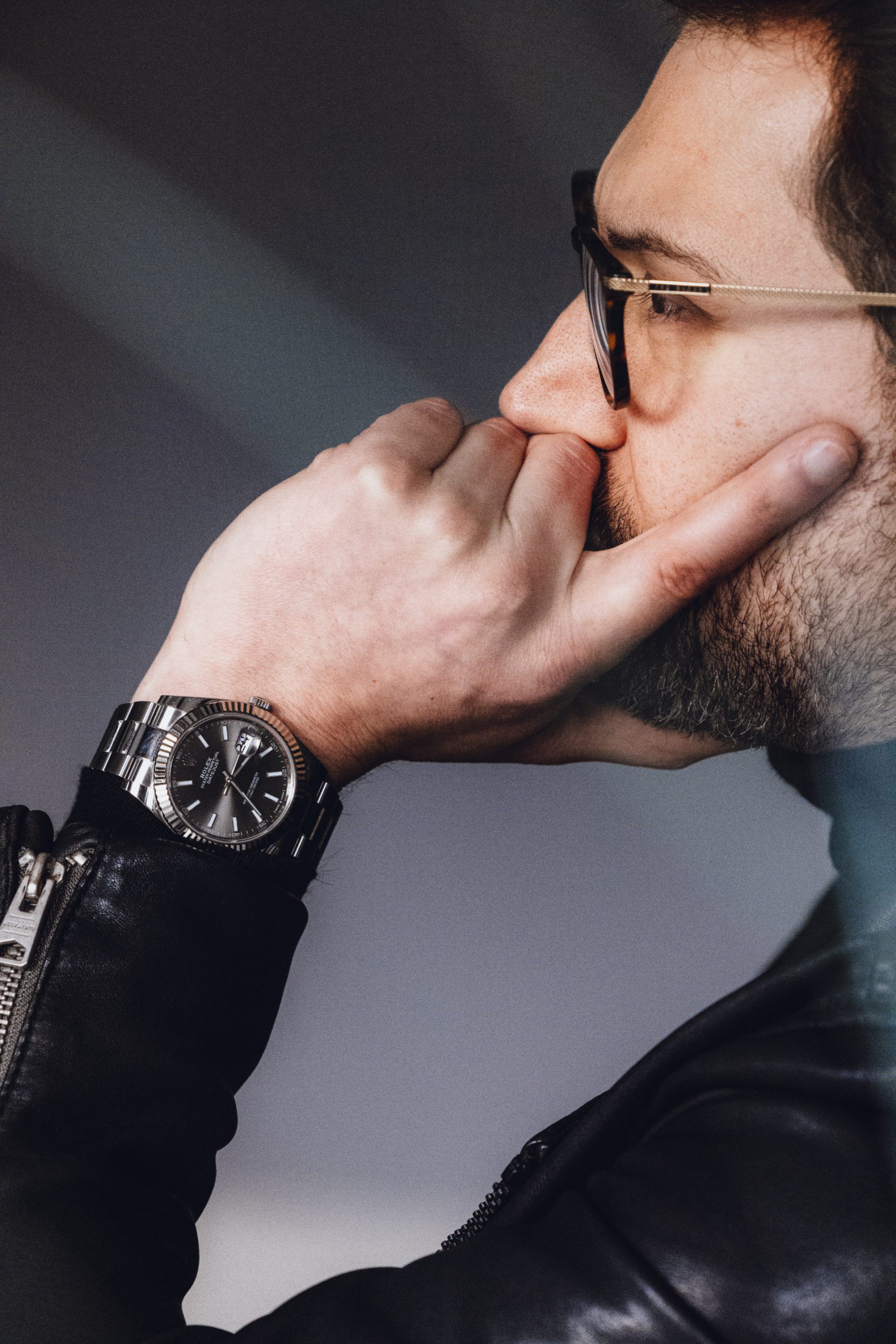 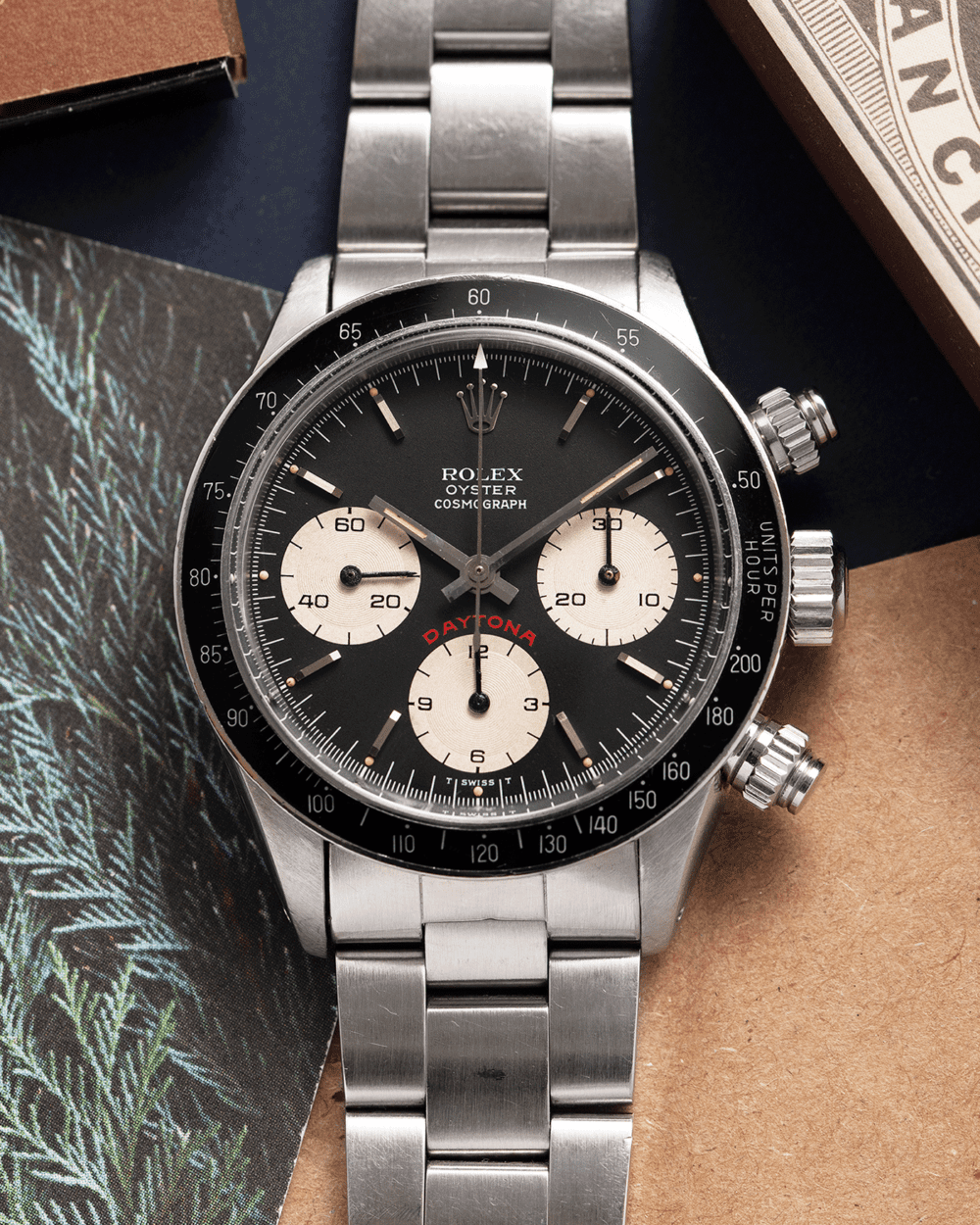 Rolex hasn’t always been first. It didn’t see the popularity of the chronograph coming and found itself having to buy in the El Primero from Zenith in 1985 to power its Daytona, which its then newly hired technical director René Besson had to rebuild because the tech was old. It also allegedly wasn’t that enamoured with quartz, despite collaborating with 16 manufacturers for the Beta 21 movement.

However, those are two small quibbles on a history that has revolutionised watchmaking from movements to materials, in fact to discuss everything Rolex has achieved here would take ages. Luckily there are many well-written books on the subject for those wanting to really get their Rolex geek on.

It has also been revolutionising the non-watchmaking world too. In 1976, it set up the Rolex Awards to commemorate the 50th anniversary of the Oyster. These awards were given to pioneers with little to no access to traditional funding and who were working on projects that advanced human knowledge and well-being.

It has been awarded to those looking at new ways of monitoring CO2 levels, people working to protect biodiversity levels in the Trans-Himalayas and using indigenous knowledge to map resources to prevent climate conflict in the Sahel, a hot semi-arid area of north Africa between the Sahara in the north and the Sudanian savanna in the south. 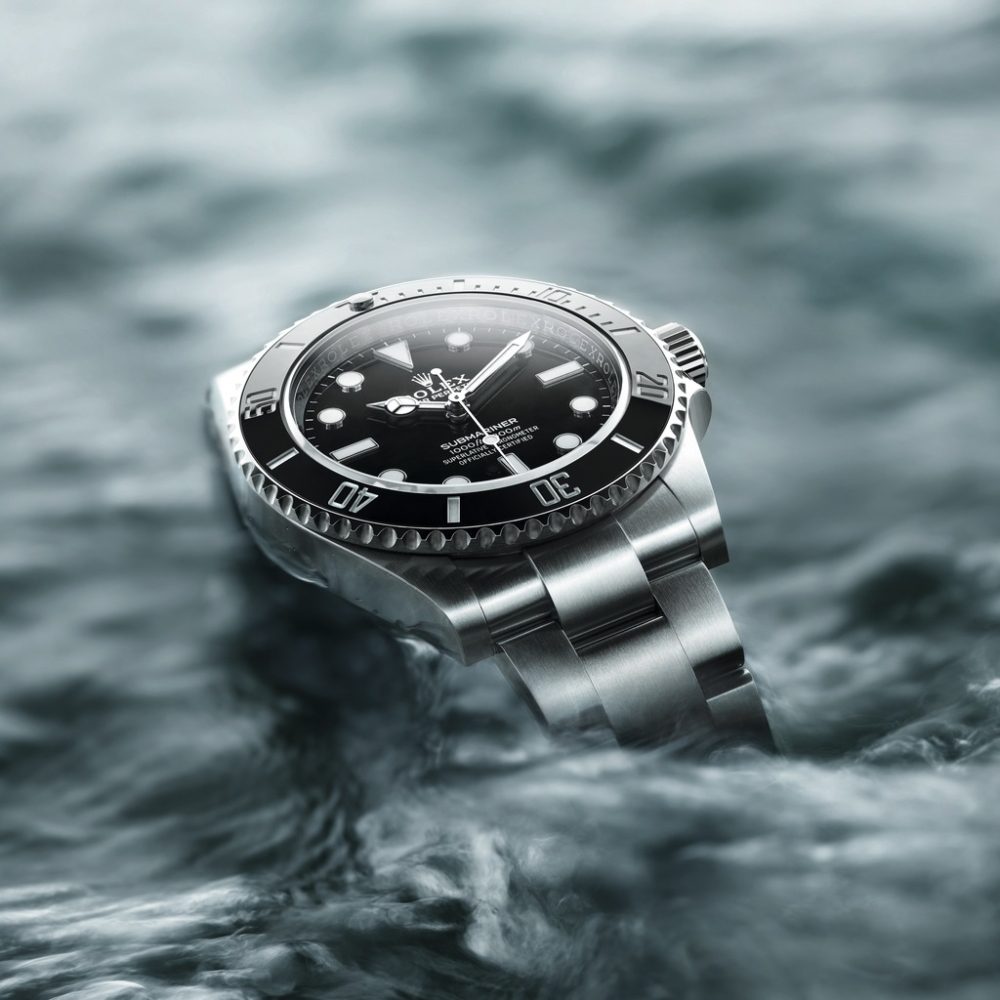 Rolex Submariner – perhaps the best-known watch on the planet

It may not make enough Submariners to go around, but when it comes to being the best-known watch on the planet – so much so it is accepted as currency anywhere in the world –Rolex has got things well and truly sorted.

Three Watches To Own

DateJust 41, Oyster Steel And White Gold (Pictured Above And Below) 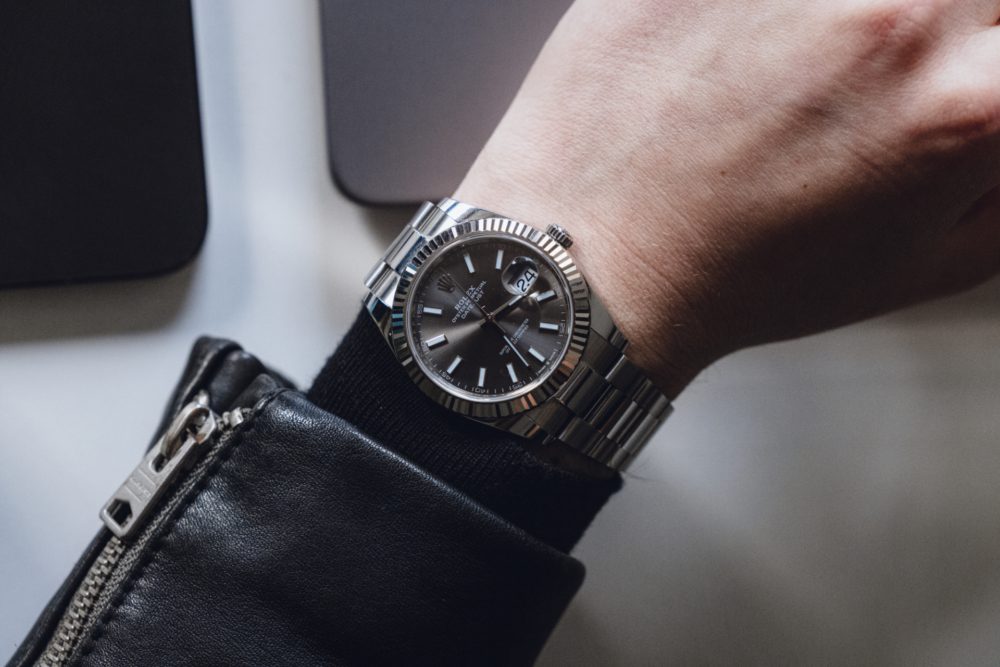 Why waste your time trying to buy a new steel Submariner when you could have this steel beauty instead? Ape to Gentleman purposefully invested in this specific watch – to get a feel for the quality and to legitimise our horological authority. The centre line of white gold is a lovely flash of luxury, while pie crust bezel is tactility personified.

It’s elegant, timeless, and a little bit sporty. In other words, classic Rolex. 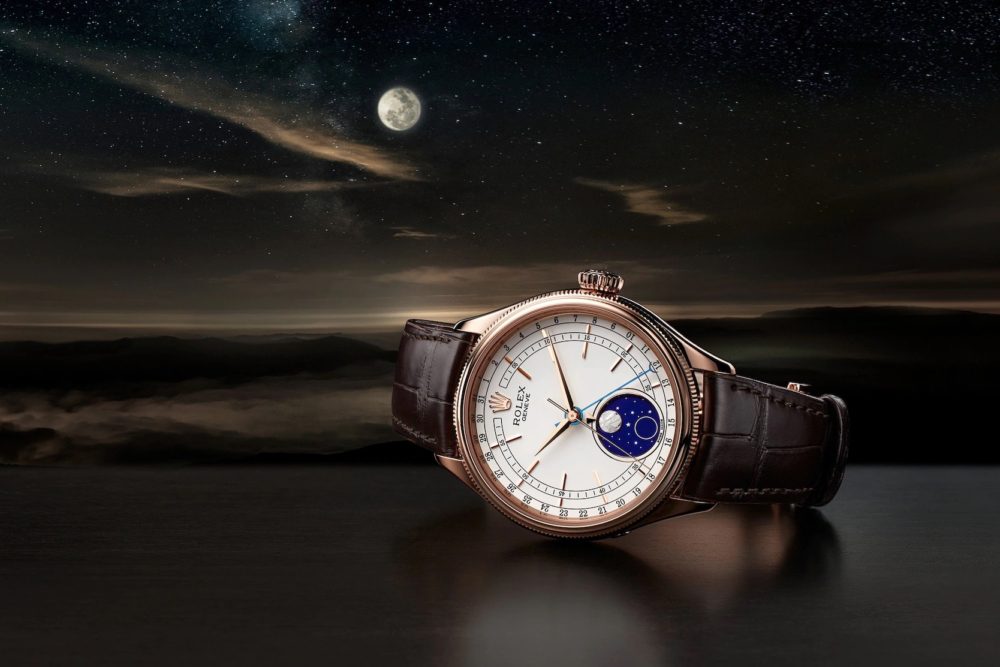 This might be a case of “get it while it lasts” as Rolex has discontinued four Cellini models this year, causing speculation that this line is on its way out. Purists argue that its unique stylistic language dilutes the core Rolex offering, but that’s actually its appeal.

It’s the answer to the question: when is a Rolex not a Rolex? Another steel bracelet Rolex you can actually buy, not just look at through a shop vitrine. This is the second resurrection of this aviation-inspired timepiece and by far its best. Crown guards are back, the curved case has been straightened out, and the case is slimmer.

And did we mention you can actually buy it now?

Original photography of the Rolex DateJust 41, Oyster steel and white gold by Ape to Gentleman.