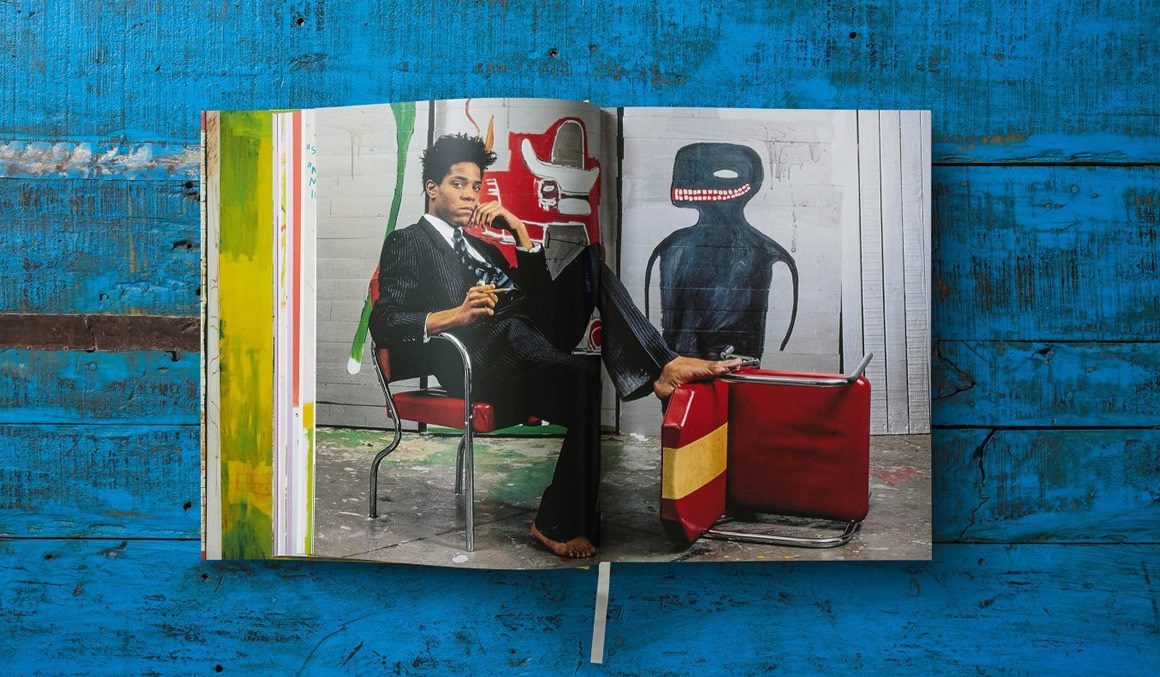 There’s nothing more revealing than the books on display in your home. Whether stacked on a shelf or spread across a coffee table, they provide a real insight into a man’s taste and personality. With that in mind, we’ve compiled a selection of our favourite coffee table tomes, encapsulating fashion, food, architecture, design and, of course, photography. Come for the pictures, stay for the knowledge.

True sartorialists won’t need telling that Savile Row tailor Richard Anderson is one of the most revered names in the business, but what might come as a surprise is the sheer diversity of his work. Making The Cut celebrates his boundary-pushing tailoring with a portfolio of pieces that range from single-breasted orange cord raglan car coats to alpaca overcoats, complete with the stories behind each. A must for style enthusiasts.

This self-titled monograph from the innovative New York design studio is as beautifully textured on the inside as it is on the cover (trust us, you’ve got to see and feel it in the flesh). Charting their rise to becoming one of the world’s most recognisable studios – dabbling with installations, architecture, product and furniture for the likes of COS, Kith, Calvin Klein, the New Museum, Kartell and Beats by Dr. Dre – Snarkitecture’s first tome is an immersive journey into playful design, template-shattering ideas and a signature use of white.

Square images of everything from temple floors to bird’s-eye view riverbeds with a satisfying gradual colour gradient slowly filtering across the spectrum. Sound familiar? No, it’s nothing to do with Instagram. Spectrum, by the acclaimed minimalist architect John Pawson, is a masterful observation of gradual colour change as seen through a curated selection of Pawson’s own photography. There’s plenty of inspiration for your own ‘gram here.

Another master of his craft, needing little introduction. The late Jean-Michel Basquiat’s vivid work – which touched upon themes of poverty, segregation and inequality – made him one of the world’s most iconic artists. TASCHEN’s XXL-sized monograph of the New Yorker’s work pulls together major pieces from a tragically short but nonetheless influential career.

Bad boy, madman, enfant terrible… call him what you want, but there’s no denying the genius of one of the world’s most influential and recognisable designers, Verner Panton. Designer of the iconic S-chair (you’ve seen them in John Lewis) and shunner of the Scandinavian love for handcrafted teak, Panton’s love of plastic and kaleidoscopic colour is compiled in detail in this fascinating monograph.

Is there anyone who does black and white more dramatically than Salgado? Just look at the biblical cover image of GÉNESIS. It’s as if the Brazilian photographer was given a backstage pass from God. A truly awe-inspiring collection of photography, GÉNESIS charts Salgado’s travels around the world photographing landscapes, wildlife and traditional communities facing the onslaught of modern society. Few photography books provide such dramatic contrasts and vivid depictions of the environment.

Anyone who is anyone is in this book, but not as you’ve seen them before. Trump, The Queen, Hawking, Kim and Kanye, the Obamas… you name them, they’re here – but they’re here on Annie Leibovitz’s terms. This selection of portraits from the esteemed photographer and Rolling Stone magazine alumni showcases her dramatic and often humorous eye for capturing the world’s most famous people in timeless images.

Did Google earth kill the atlas? Possibly. Can Google compete with the Atlas Of Brutalist Architecture? No, it can’t. Phaidon’s oversized ode to international Brutalism is an incredible collection of 878 buildings worldwide, from masters of the 20th century to contemporary architectural greats. A comprehensive guide to some of the world’s most intriguing and controversial buildings.

A beautiful artefact in itself (reproduced on tritone and presented in a cloth-covered clamshell box) this never-before-published collection of intimate portraits of Kate Moss very nearly didn’t exist. Taken by Moss’ then boyfriend, fashion photography icon Mario Sorrenti, the negatives were discovered eight years ago by Sorrenti’s wife who encouraged him to pull together the book. The resulting portraits beautifully capture a moment in time as two fledgling careers were about to leave their enduring mark on the world of fashion.

The man that reinvented a nation’s cuisine and the publishing company that reinvented the cookery book – the ultimate double threat. It’s a book that’s far too luxurious for your kitchen (and frankly, you’d struggle to cook anything in it) but will without a doubt leave your mouth watering. Charting the history and philosophy behind his world-renowned Copenhagen restaurant, Rene Redzepi’s Noma was a groundbreaking moment in gastronomy upon its release and is a must for anyone that fancies themselves as a bit handy in the kitchen.